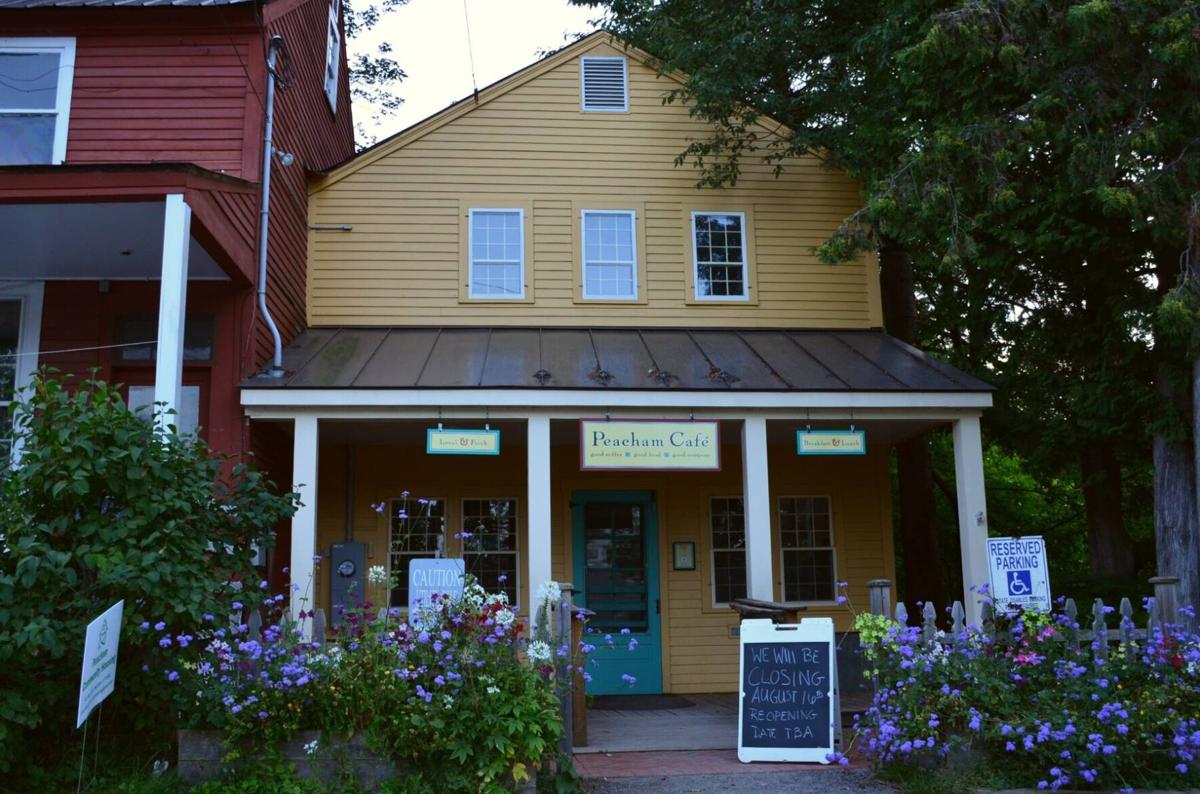 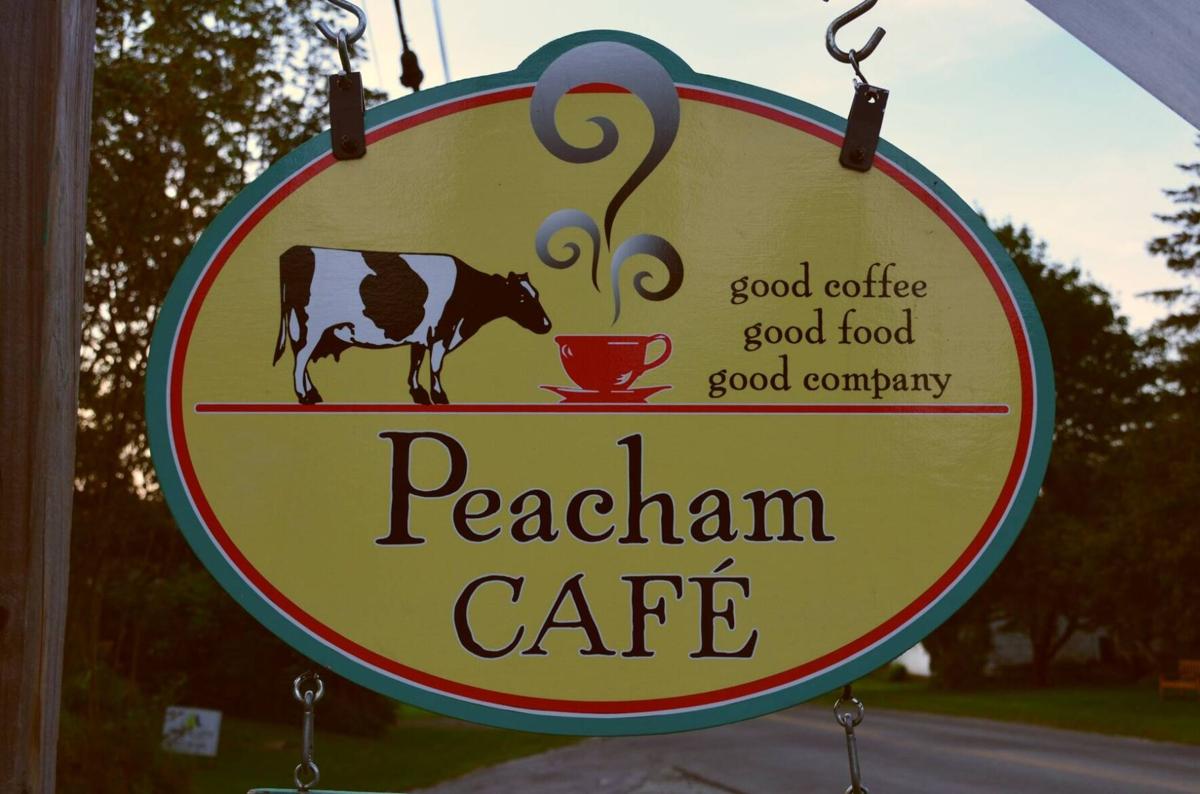 The community-owned Peacham cafe will be reopening with new operators with a meet-and-greet food event this weekend. (Photo by Katherine Fiegenbaum) 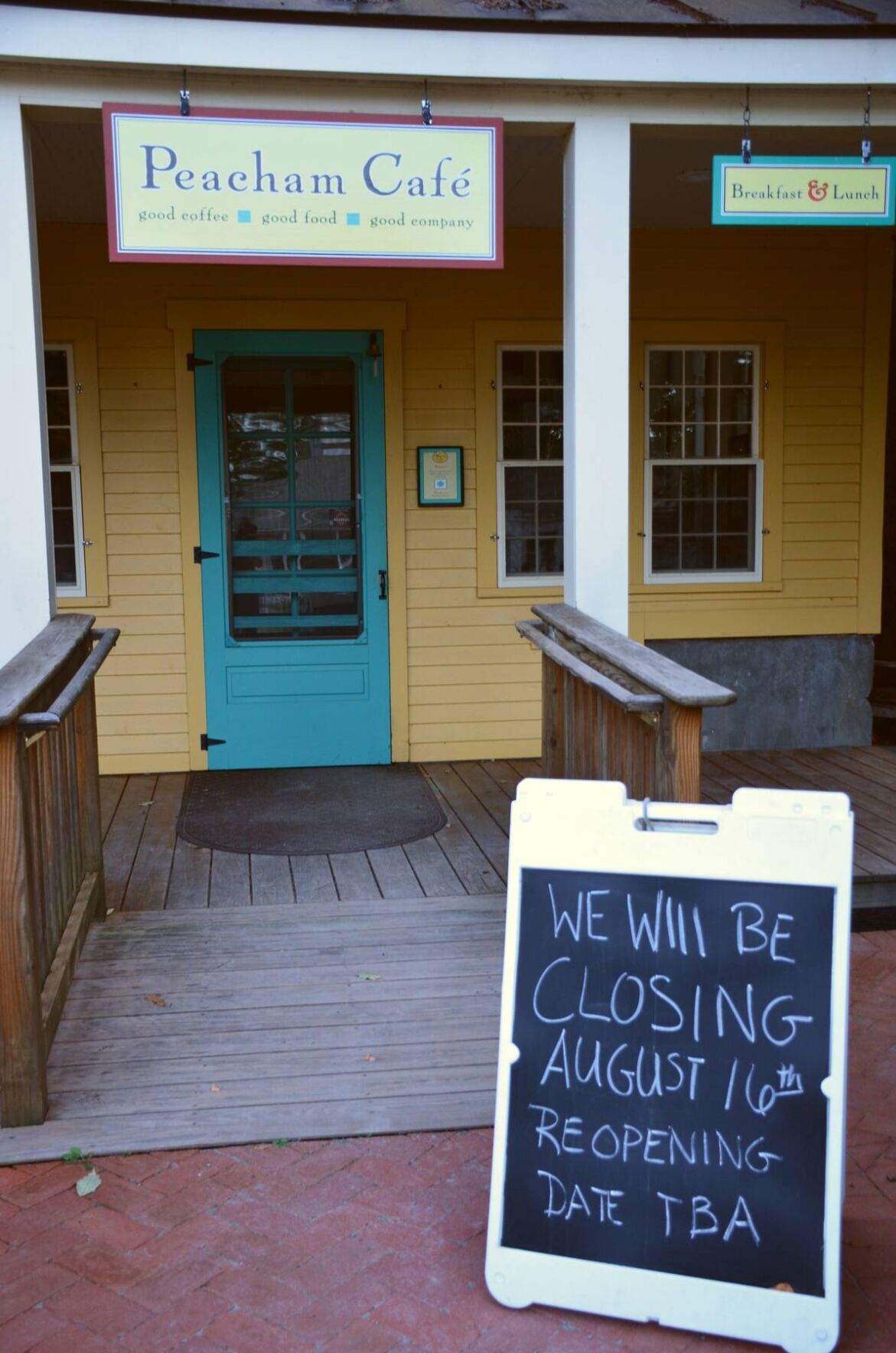 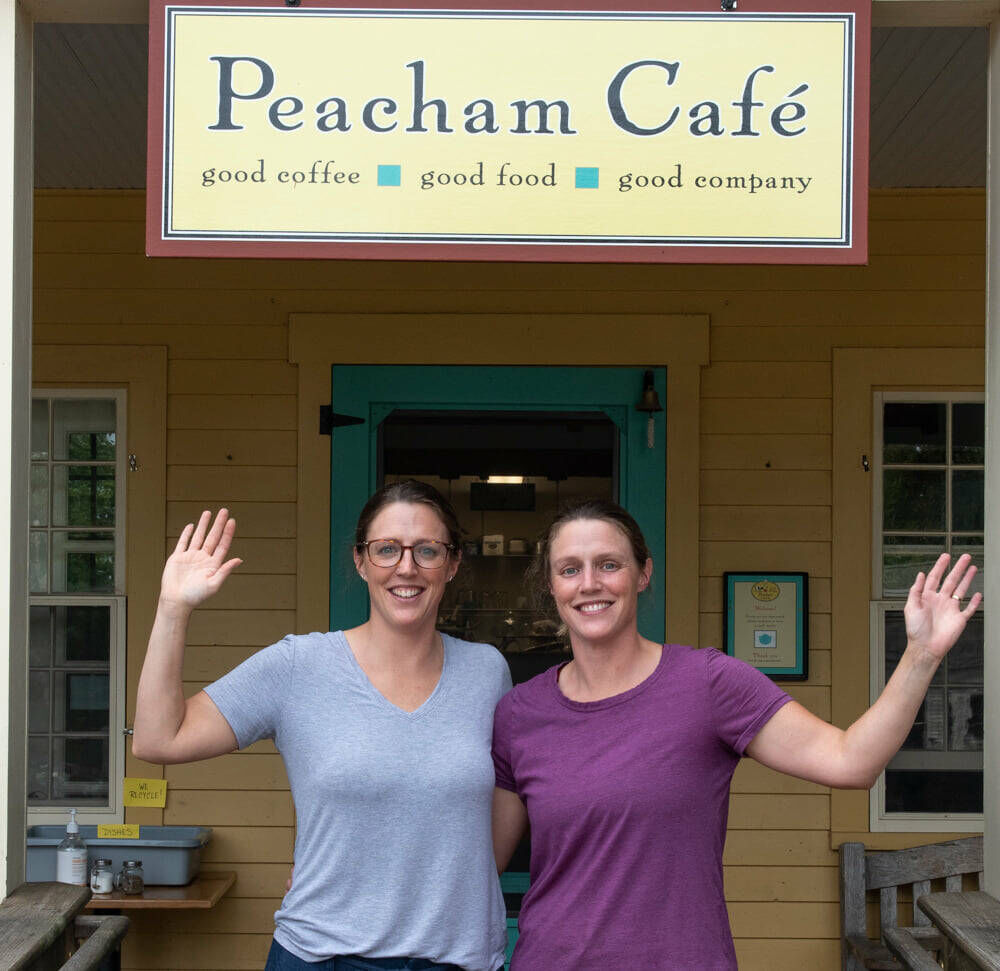 The community-owned Peacham cafe will be reopening with new operators with a meet-and-greet food event this weekend. (Photo by Katherine Fiegenbaum)

Just under a month ago, sisters Crystal Lapierre and Shannon Pelletier — the Peacham Café’s operators for the past five years — closed its doors for the last time.

The sisters were the second operators of the community-owned cafe, which opened in August 2014 after years of planning, renovations and fundraising. According to Betsy McKay, a member of the cafe’s board, Lapierre and Pelletier grew the spot to be a much-loved and consistent piece of the community.

Peacham Café LLC, which consists of six local residents that volunteer their time, owns the building and serves as a “nurturing landlord,” leasing it to the operators at a low cost, provided that the cafe continues to meet the needs of the community with regular hours year-round. On July 5, the board made public Lapierre and Pelletier’s impending move “to quieter pursuits” and began accepting applications.

New Operators — A Team Of Three

Enter Suzanne Podhaizer, who lived in St. Johnsbury during her childhood and recently returned with her partner, Jack Billings, who brought land in town last November.

“As a kid, I spent a ton of time at the Fairbanks Museum and at the Athenaeum,” Podhaizer said. “I felt like I always had places I could go that were within walking distance of where I lived that offered so much rich cultural experience. […] And I just think the Kingdom has this wild beauty that I love.”

However, her family had moved from Brooklyn, where Podhaizer had grown used to a huge variety of foods from different cultures unavailable in the Northeast Kingdom. She says she was pretty young when she started reading her mom’s cookbooks and dabbling in cooking, eventually earning a degree at the University of Vermont in interdisciplinary food studies at the age of 26.

Following graduation, Podhaizer has had a wealth of experience in the Vermont food world: time spent as the Seven Days food editor and five years owning and operating the former Montpelier restaurant Salt. That’s not to mention what she’s done since: catering, consulting, freelancing, raising geese and teaching cooking skills as well as her and Billings’ current farming and cooking endeavor as Haven Hearth & Homestead, which sells at the St. J farmers’ market.

Podhaizer saw the Café’s announcement on Facebook about thirty minutes after it was posted and says she just could not resist the opportunity.

“I think the thing that I love so much about the Peacham Café is that it really is owned by the community,” Podhaizer said. “It seems like such a nice opportunity to bring something that people really need to their town instead of just going to Burlington and opening another hip restaurant.”

“I just love the idea of being in service to the farms and the people of this part of the state,” she added. “My hope is to really throw what financial weight we can behind the local farms by buying as much volume as we can.”

Podhaizer and Billings, the lead farmer at Haven Hearth & Homestead who will be running the behind-the-scenes financials of the cafe while still working as a part-time software engineer, have teamed with recent Peacham transplant Avery Cisne, the baker behind A Very Good Co., to reopen the Peacham Café.

Cisne, originally from Chicago, has worked in the food industry for a long time, originally learning how to cook professionally through a program for unemployed or under-employed people. He spent time working in Michelin-starred restaurants before moving to Vermont five years ago to attend Sterling College for a degree in Sustainable Food Systems.

Cisne and his partner, who works in St. Johnsbury, bought the property in Peacham last August.

“Peacham is a really beautiful and special place, I would argue,” he said on Thursday. “Even our friends in Craftsbury, they said ‘well, if you’re not in Craftsbury, [Peacham] is the next best place.’”

Cisne connected with Podhaizer at Cosmic Cup in St. Johnsbury. While food and fine dining were an immediate connection, Cisne had also worked for the same ice cream chain in Chicago as Billings once had.

Since, as Podhaizer admits, she isn’t much of a baker, she invited Cisne, who has been baking sourdough bread and pastries for the Craftsbury Farmers’ Market as well as a friend’s farmstand, to join the operation. With one year left in his degree, Cisne is taking some time off to run the Peacham Café with Podhaizer and Billings, serving as the chief baker and breakfast maker.

“I’m really looking forward to connecting with the community through food, I think that’s sort of what food is all about,” he said.

Podhaizer said that while she is excited to continue breakfast and lunch as the primary operation of the cafe, she is also going to start a farm store as well as selling value-added goods made from local ingredients, and holding what she’s calling “Sunday Suppers:” a sliding-scale dinner for the community each week (maybe every other week to start).

“Suzanne comes with experience, enthusiasm and lots of ideas,” McKay said in an email on Thursday. “The LLC board is excited by what she is planning, in addition, to continue to offer regular hours, breakfast and lunch.”

Podhaizer is also planning cooking classes as well as fancy-themed dinners — like what she did at Salt, whose menu changed every couple of weeks with a playful focus on local food.

“My career goal is to help people be able to use local food more comfortably themselves,” she said on Friday. “I feel like I can model that in the cafe and that I can also teach those skills directly with cooking classes.”

Podhaizer is looking forward to having co-managers by her side, as well as the cafe’s board, in the new endeavor.

“[At Salt,] it felt overwhelming,” she said. “Now, feeling that I have Jack’s skill set and his partnership, and that we’re able to work with Avery who does the kind of cooking that I don’t like to do, the kind that involves measuring, it feels so much safer.”

The team will host a meet-and-greet food event this weekend from 1 - 4:30 p.m. on Saturday and Sunday.

A food-themed art show, featuring local artists as well as some of Podhaizer’s photographs, is a part of the opening as well.