Log In Register
You are the owner of this article.
Edit Article Add New Article
You have permission to edit this article.
Edit
Home
News
Sports
Opinion
Community
Features
Photos
E-Edition
Archives
Advertise
Subscribe
1 of 9 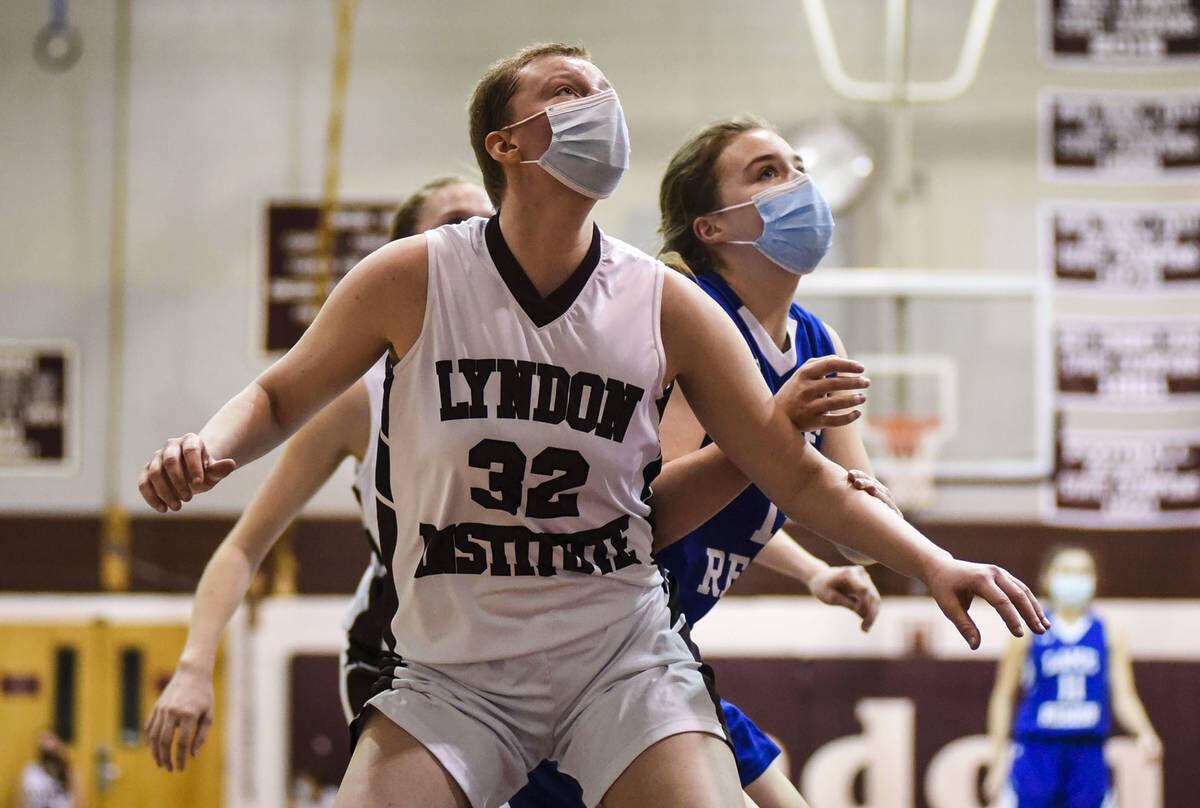 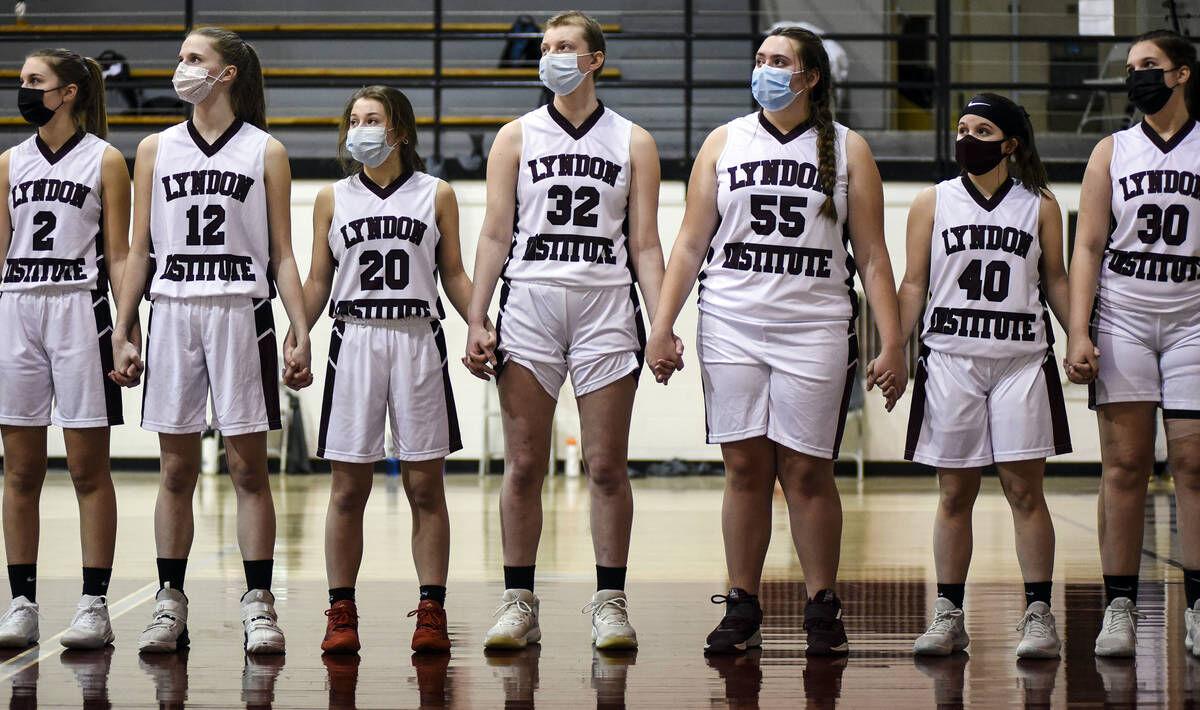 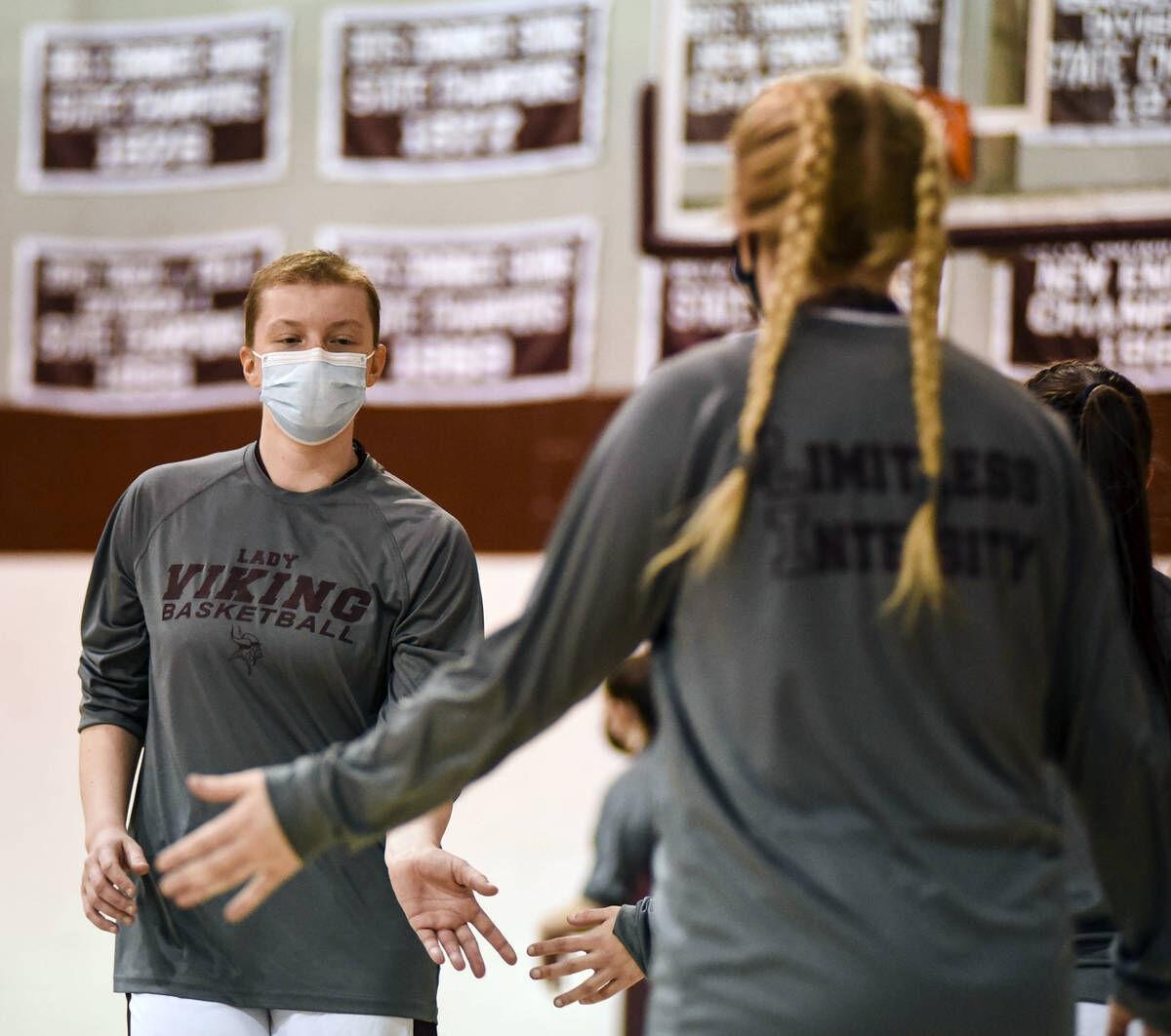 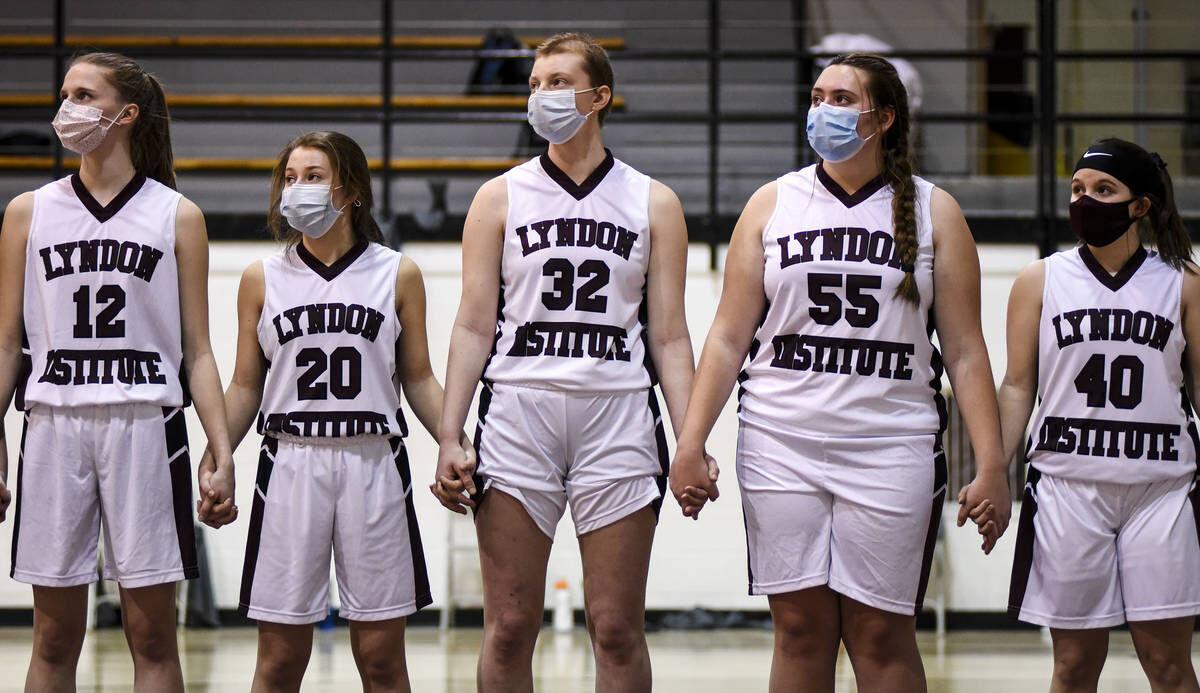 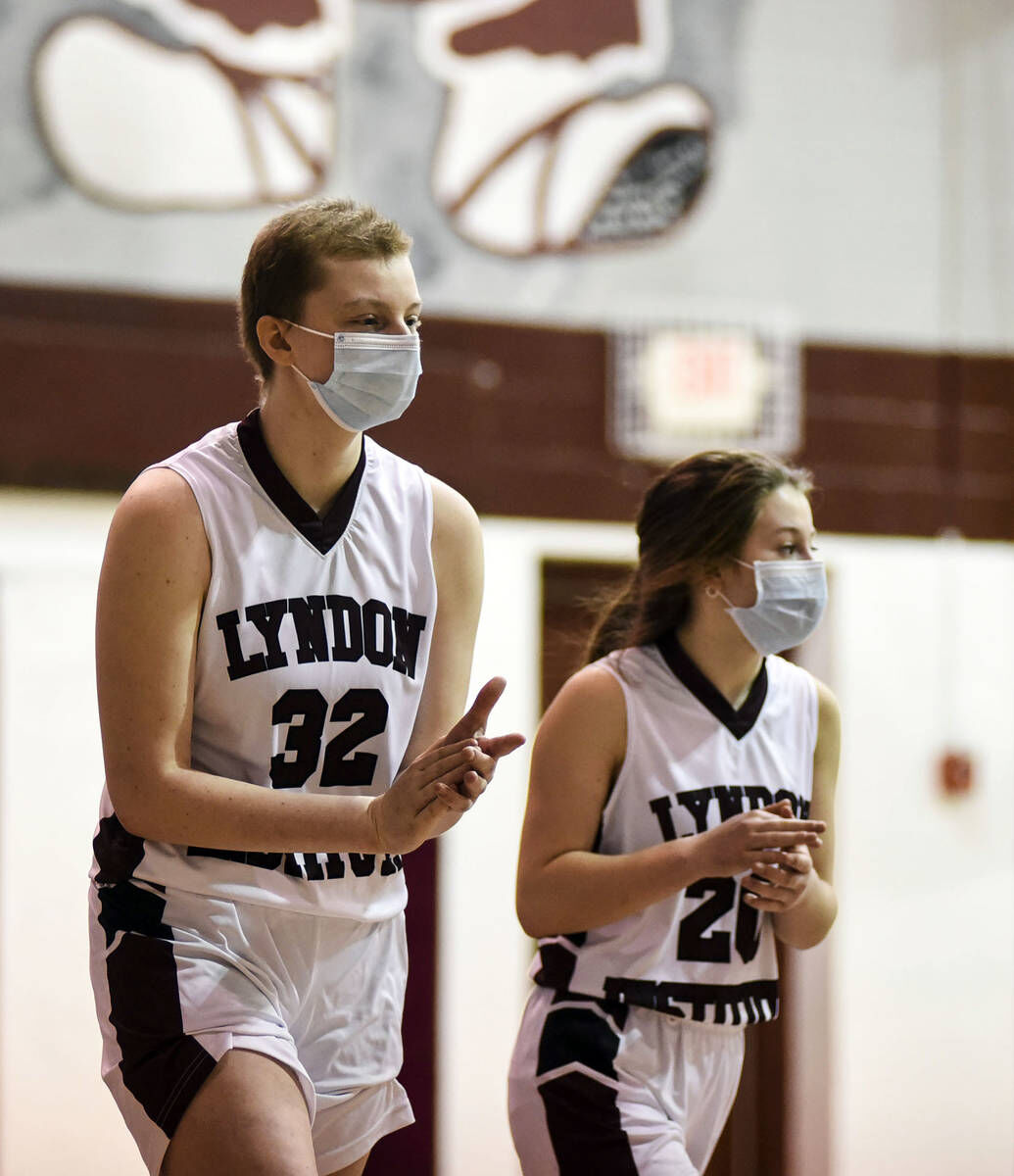 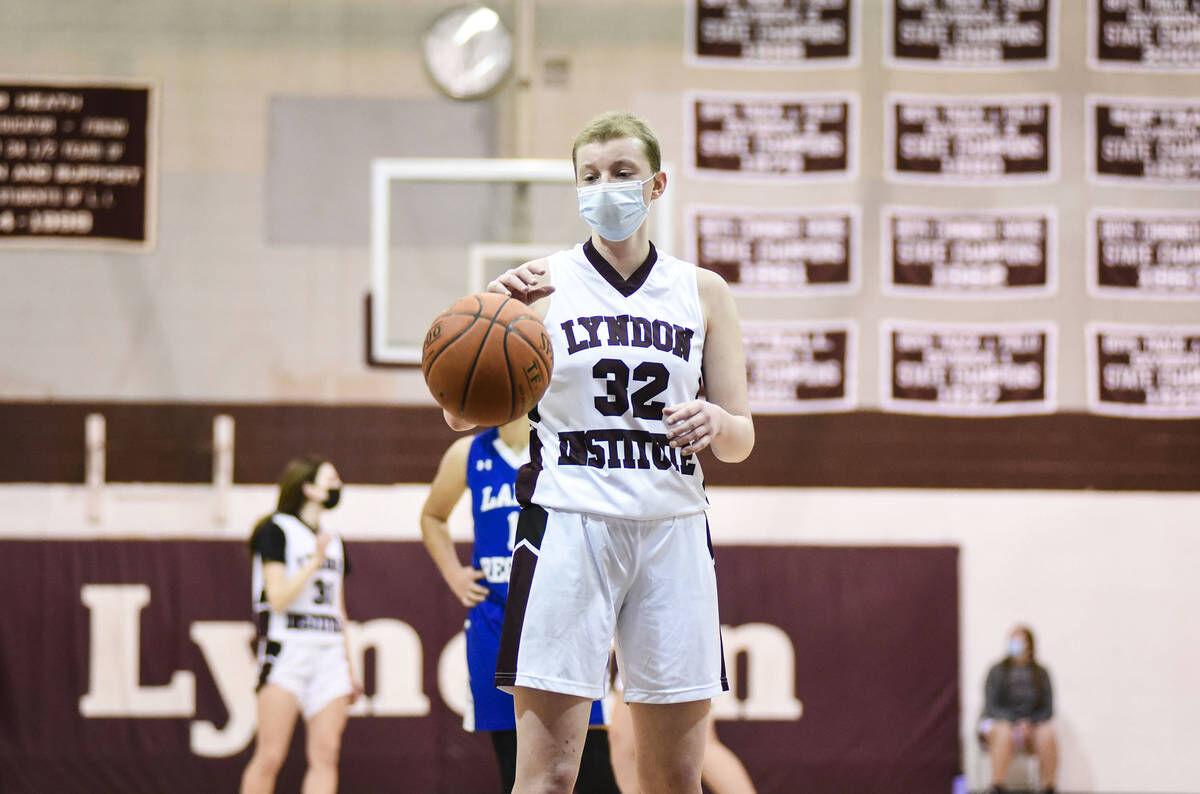 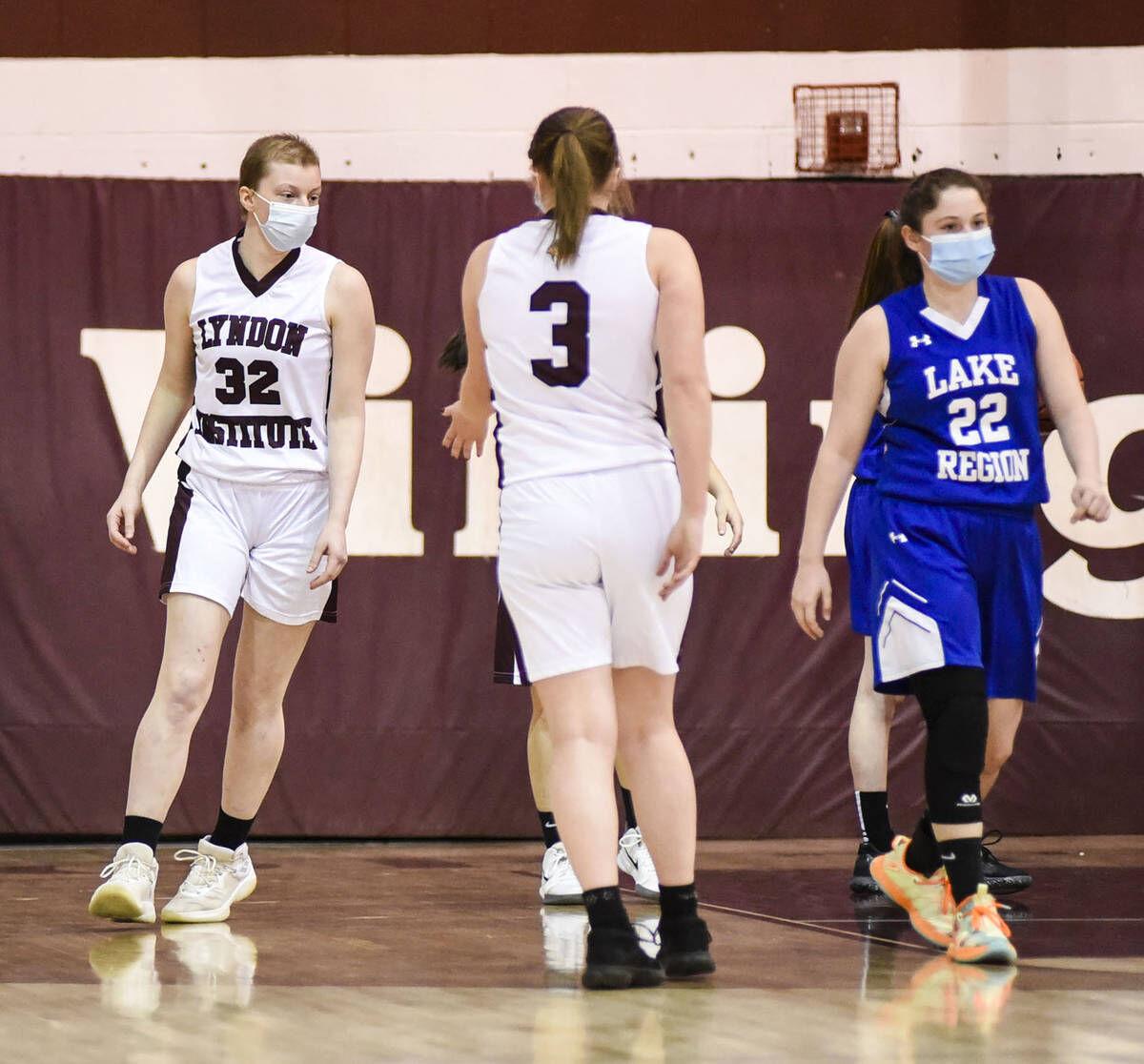 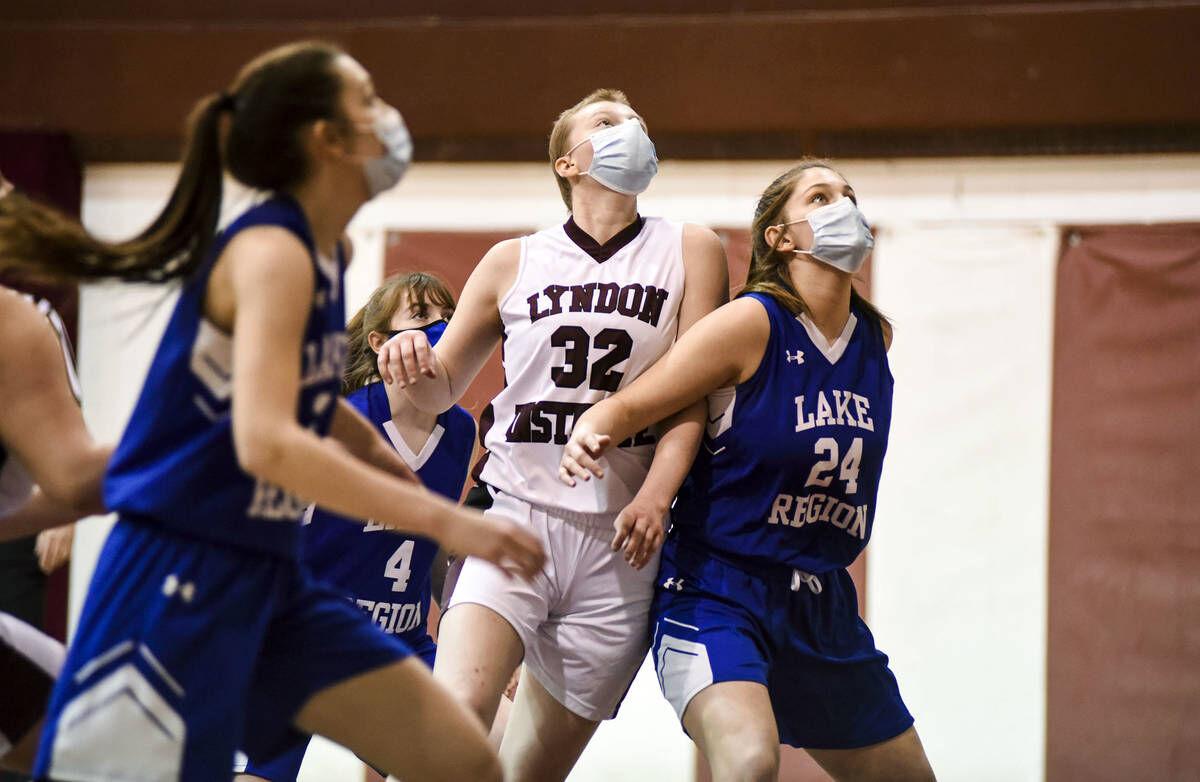 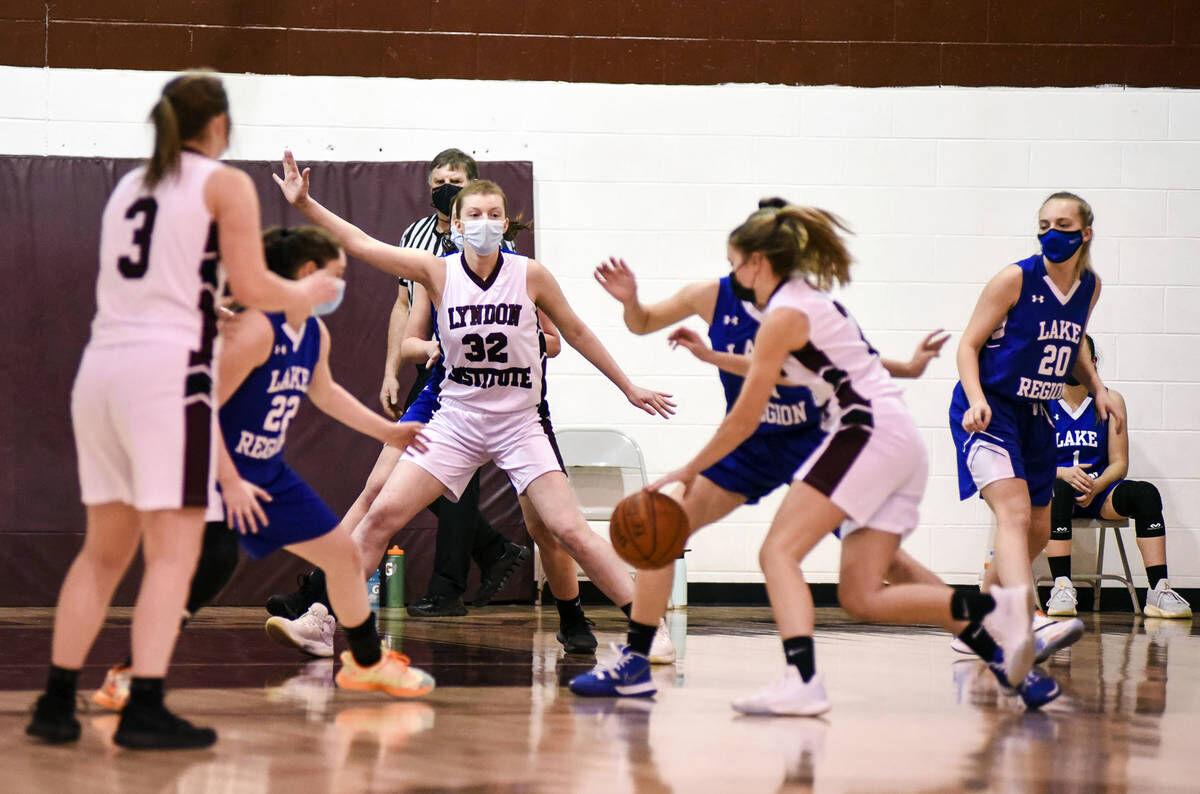 That sums up Sam Hinton.

The Lyndon Institute junior suffered multiple skull fractures in an accident last summer. She spent days in a medically induced coma. During her hospital stay, she was diagnosed with Hodgkin’s lymphoma. In the middle of a pandemic, she underwent five months of chemotherapy.

Despite all that, she returned to the court this winter.

The 17-year-old is an emerging low-post threat averaging 6.3 points and 6.0 rebounds for the Vikings girls basketball team through three games.

She turned in another solid effort Thursday night, with six points and six rebounds in a hard-fought 54-43 loss to defending Division III co-champion Lake Region.

Hinton played the game with a chemotherapy port still in her chest. It will be removed Tuesday.

She’s still not 100 percent, but she’s getting there.

“It’s been tough for Sam to get back to full speed. When you go through chemo, for every month of treatment it’s two months of recovery. So really, she’s not going to fully recover for probably a year,” said LI head coach Eric Berry. “So the fact that she’s gone out and given the effort she has is special.”

In her short lifetime, Hinton has visited the emergency room seven times.

She can recite the first six from memory: “When I was really little, I ripped off a toenail. I fell off a jungle gym in first grade and sprained my ankle. I cracked my chin open tap dancing. In fourth grade, I was bit by a spider. I was in the hospital a couple of days, they thought it was a brown recluse. Once I was climbing a tree and fell. A piece of the branch went in my leg, I got one stitch for that. Another time I ran through the house barefoot and a [three-tined] potato fork went through my foot, I was pretty excited that on my sixth trip I got six stitches.”

Asked about her seventh ER trip, she draws a blank.

She has no recollection of the incident or the following week. However, through others, she has pieced together the details.

On Tuesday, July 22, she and some friends had taken a golf cart to Sentinel Rock in Westmore. On the way back, while traveling downhill at a high rate of speed, they swerved to avoid an oncoming vehicle. The cart tipped over and Hinton, who was riding on the back where the golf bags are kept, was thrown to the road.

She was transported to North Country Hospital and then airlifted to Dartmouth Hitchcock Medical Center, where she spent eight days. She suffered three skull fractures and “a few minor” brain bleeds, essentially a Grade 3 concussion, she said. She was put in a medically induced coma for two days.

“The first thing I remember [after the accident] was the next Wednesday when I got out of the hospital,” she said.

During her stay at DHMC, doctors conducted PET scans to track Hinton’s progress and found an anomaly. They performed a biopsy and discovered she had Hodgkin’s lymphoma. She had the port installed and began chemotherapy treatments in late August.

Cancer and chemotherapy put her at greater risk for COVID-19 complications. Still, she began attending Lyndon Institute in-person in the fall.

BACK ON THE COURT

During her recovery, Hinton lost conditioning.

For three months after her accident, she coped with headaches, dizziness, light sensitivity and fatigue. Physical exertion made her nauseous. Meanwhile, the chemo sapped her energy and scarred her lungs. So she went into basketball season with less strength and stamina.

She didn’t use that as an excuse.

In January, two days after her final chemotherapy treatment, Hinton was on a mission. Normally she requires frequent rest during basketball practice. But on that day she was determined to participate in every drill, every rep.

“We basically had to tell her a couple of times ‘You’ve got to sit down.’ She was turning bright red from working so hard,” he said.

A transfer from Lake Region, Hinton has impressed in her first season at Lyndon Institute.

She stands 5-foot-9, but plays bigger than her size. She has shown herself to be a hard-nosed rebounder, an aggressive defender and a skilled post player. Currently, she comes off the bench and plays in short spurts. She has the potential to make bigger contributions down the road, as she returns to health.

She aims to get there.

“Practices now, I do still need to sit quite a bit. I’ll push myself too much and have a hard time breathing. But I’ll sit for five minutes then get back up and keep practicing. I try not to let myself stop,” she said. “I’m pretty hard on myself. After every practice, I think of what I can do better at, what I need to work on.”

It began falling out during chemo. At one point she dyed it bright red and green “to do something cool with it before I lost it.” Eventually, she shaved her head and began wearing a wig.

She still wears the wig. “At first it was because I was self-conscious. Now it’s mostly just for warmth,” she joked. But during basketball, she sports her natural hair, which is short-cropped and blonde after her cancer treatments.

Transferring from Lake Region, she was welcomed by her new LI teammates. They have offered her encouragement and motivation.

“Everyone on the LI basketball team has been really supportive,” Hinton said. “At first, during the open gyms, they were all really gentle trying not to hurt me, which I appreciated. But it wasn’t really needed, I could have handled my own. That’s what I’ve been trying to prove since. Even though I’ve gone through a lot, I can still do it and be as strong as I used to be. I’m not there yet, but I’m getting there.”

Meanwhile, family and friends have helped Hinton through the challenges of the past year.

Hinton found ways to maintain connections despite her health and COVID. She is careful to take precautions.

“Spending time with my friends really helped me,” she said. “Just being able to do normal things. It made me realize that it’s not so different. I still had the same things I had before.”

Hinton will undergo regular checkups, to ensure the lymphoma hasn’t returned. In the meantime, she is planning her future. She intends to take an automotive technology class next year, with plans to enter the military and become a diesel mechanic after graduation.

“I always worked on farm equipment. I still do in the summer,” she said, noting that her father is a former dairy farmer who continues to sell hay. “I work on the tractors. I like mechanics. I’m a puzzle person, so it’s like one big puzzle to me.”

That background — farm kid, aspiring mechanic — probably explains why she became a forward and not a guard. Her game is centered on toughness and tenacity. Those qualities have served her well off the court.

“I’ve definitely had people say I’m strong for what I’ve been through,” she said. “It’s been tough but, I mean, just thinking positively about things is mostly what gets you through it.”