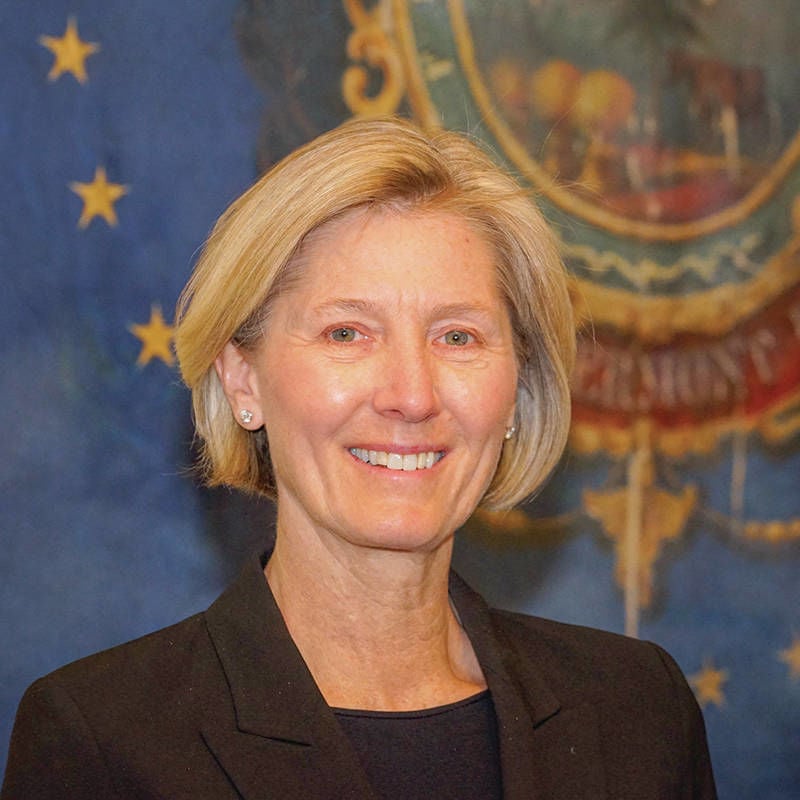 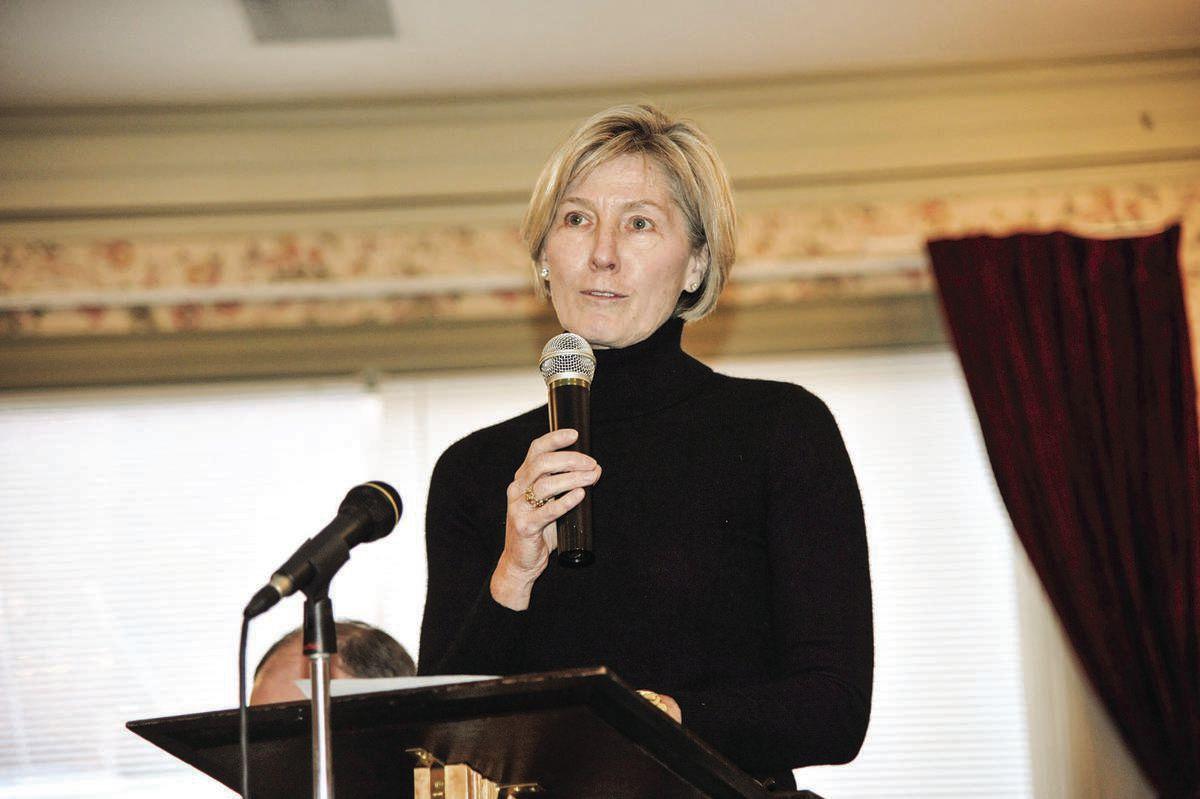 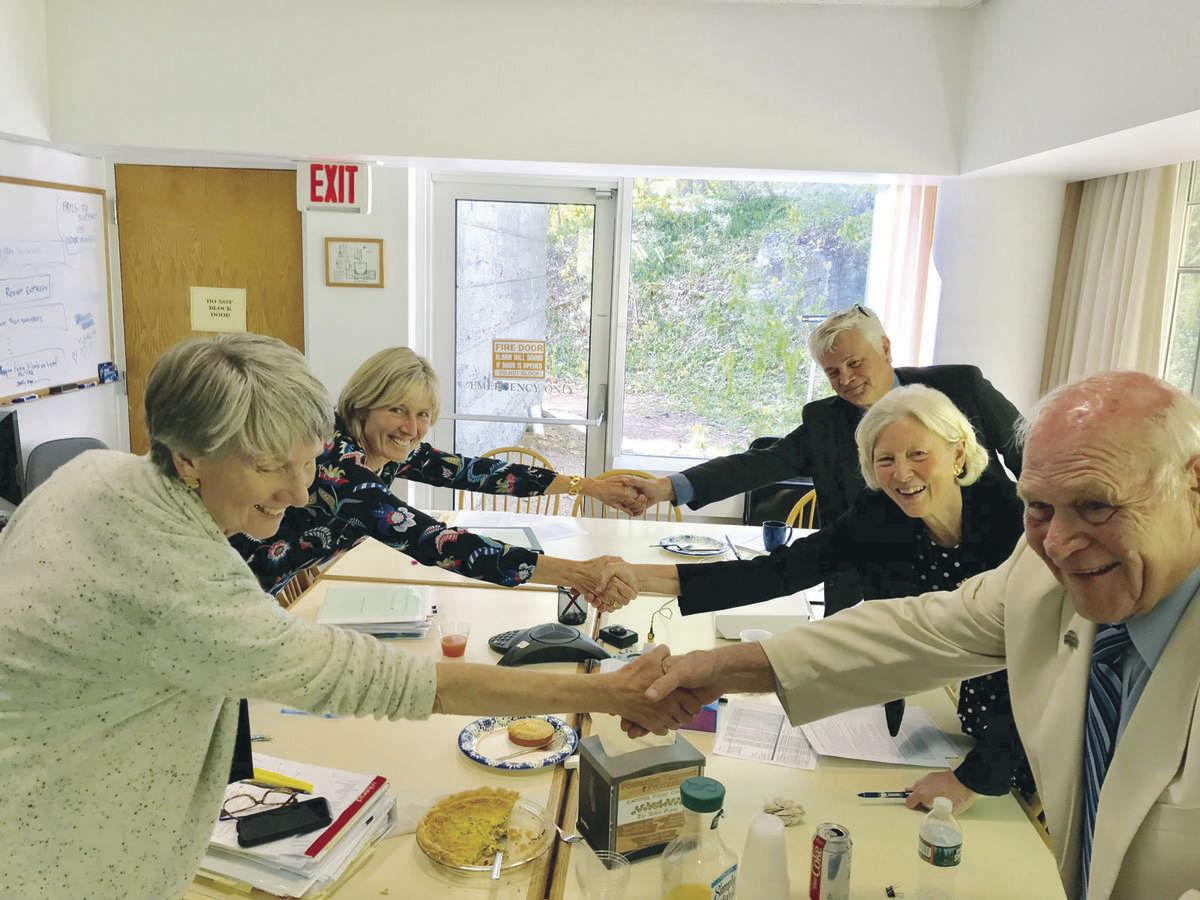 In this file photo from May 22, 2019, the Vermont legislative budget conference committee, after feasting on “farm to table” quiche, signed off on the FY20 state budget, $6.1 Billion. From left, Reps. Mary Hooper and Kitty Toll, and Sens. Ritchie Westman, Jane Kitchel and Dick Sears. The quiche, compliments of sisters Toll and Kitchel, included ingredients raised or grown in Danville. (File Photo courtesy of Vincent Illuzzi)

In this file photo from May 22, 2019, the Vermont legislative budget conference committee, after feasting on “farm to table” quiche, signed off on the FY20 state budget, $6.1 Billion. From left, Reps. Mary Hooper and Kitty Toll, and Sens. Ritchie Westman, Jane Kitchel and Dick Sears. The quiche, compliments of sisters Toll and Kitchel, included ingredients raised or grown in Danville. (File Photo courtesy of Vincent Illuzzi)

DANVILLE — Rep. Catherine ‘Kitty’ Toll will not be seeking a seventh term as Vermont legislator.

“After great consideration, I have made the difficult decision not to seek re-election to the Vermont House of Representatives,” she wrote in a statement that she shared on Friday. She called the past 12 years representing the towns of Cabot, Danville and Peacham in the Caledonia-Washington House District “one of the greatest honors of my life.”

Toll, a Democrat, was first elected in 2008. She was a political newcomer, but a legislative inclination was in her blood. Her sister is Sen. Jane Kitchel, of Danville, and her mom, the late Catherine ‘Kate’ Beattie, was a representative from Danville.

“From a young age, my mother instilled in me and all my siblings the importance of community service and a passion for politics,” Toll stated. “It is especially meaningful to me that I currently hold the legislative seat my mother held many years ago and we are the only two women to do so.”

Strengths identified in Toll heading into her first election were noted in a letter to the editor published in the Caledonian-Record in October 2008 by Alison Low Meaders. “In all the years that I’ve known Kitty, she’s been constant in her ability to work effectively with a variety of people who reflect diverse interests and opinions, all while showing deep respect and a steady focus on the common goal,” the letter noted.

Twelve years later, similar qualities were cited by Rep. Marty Feltus, of Lyndon, who serves on the House Appropriations Committee where Toll is chair.

“She’s always been a very fair chair in terms of listening to every opinion there was,” said Feltus, who is a Republican. “There was always a good discussion … She was always very cooperative and collaborative.”

Feltus, a multi-term legislator who is seeking re-election in November, said she will miss Toll. “I’m very disappointed she’s choosing not to run.”

Toll cited her working relationship with all legislators as a priority. “I am especially proud of my reputation to reach across party lines to complete work,” she stated. “We are fortunate to live in a state where members unite and enjoy working together to get bills to the finish line.

She also said she will miss fellow legislators. “I’ve made some wonderful friends. It doesn’t matter their political parties,” she said. She said she will also miss connecting with constituents and helping them navigate issues of government. She expressed appreciation to the voters who supported her terms in the legislature and in particular this final term, which has brought unprecedented challenges because of the pandemic.

“We have experienced tumultuous economic times as well as a divided political landscape and I am humbled by the trust my district has placed in me to help navigate these waters,” she noted.

Efforts continue with budgeting in the Legislature. Toll said a budget reflecting a quarter of the year must be resolved by the end of the month. A full year is not possible due to the financial uncertainties related to the coronavirus. Legislators will need to reconnect in August to complete the full year budget process once the numbers of how hard the pandemic has hit the state financially are more clear.

Toll said budgeting through the crisis will be a challenge, but she is ready to work with her colleagues to see the process through. “We have some significant challenges ahead of us and those will be addressed,” she said.

There is one thing Toll said she will not miss about life as a legislator. “Social media,” she said. “There’s often too many reactions without all the right information.”

Toll said her family, which includes husband Abel Toll, owner of the Autosaver Group, is supportive of her decision. “I think they appreciate that I’ll be living under a little less stress.”