Log In Register
You are the owner of this article.
Edit Article Add New Article
You have permission to edit this article.
Edit
Home
News
Sports
Opinion
Community
Features
E-Edition
Archives
Advertise
Subscribe
1 of 9 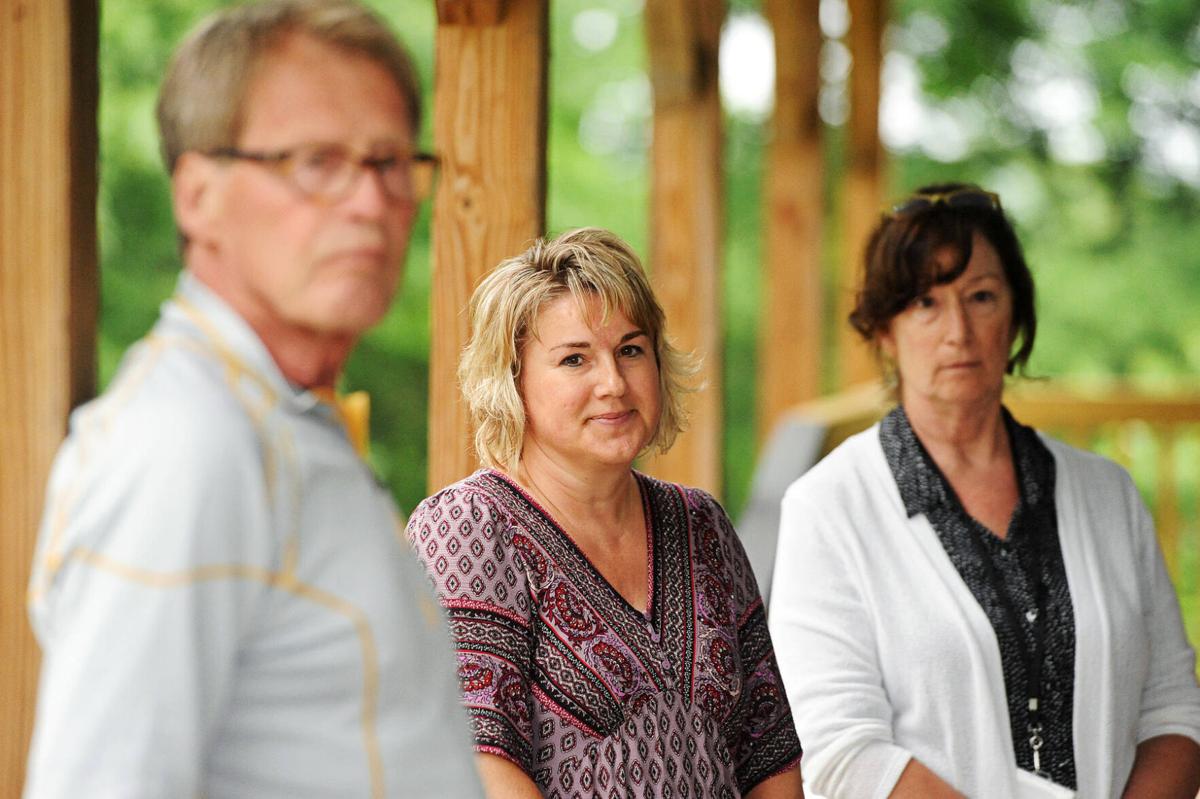 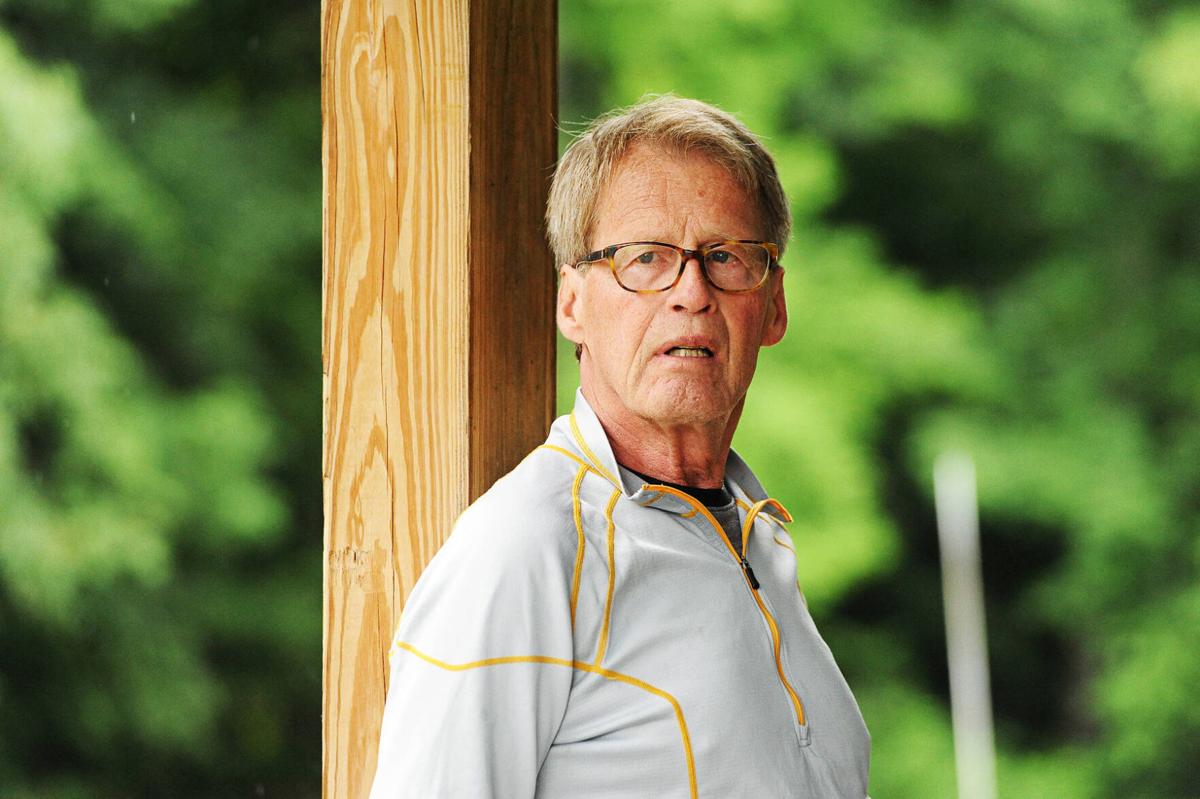 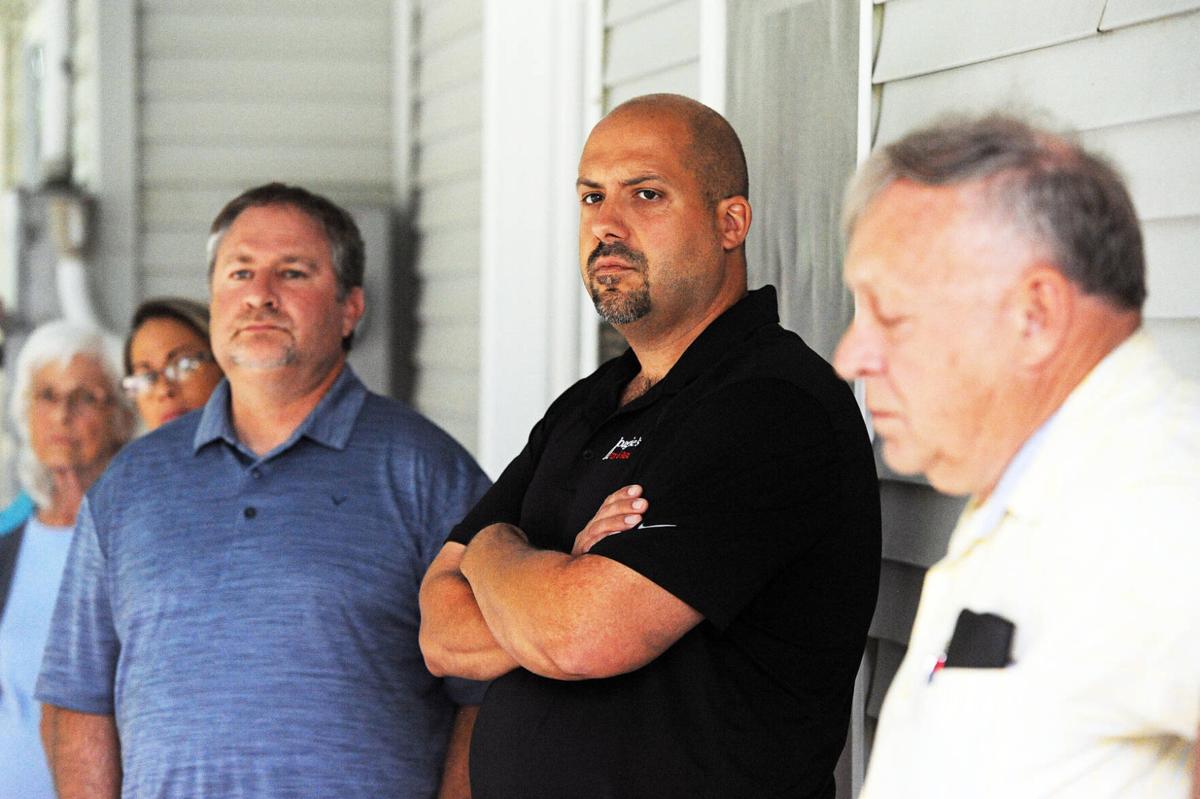 Members of the Vail Action Alliance including co-founder Travis Glodgett, second from right, meet with representatives of Northeast Kingdom Human Services at the site of the Cornerstone Lane residential treatment facility in Lyndon on Thursday, July 29, 2021. (Photo by Paul Hayes) 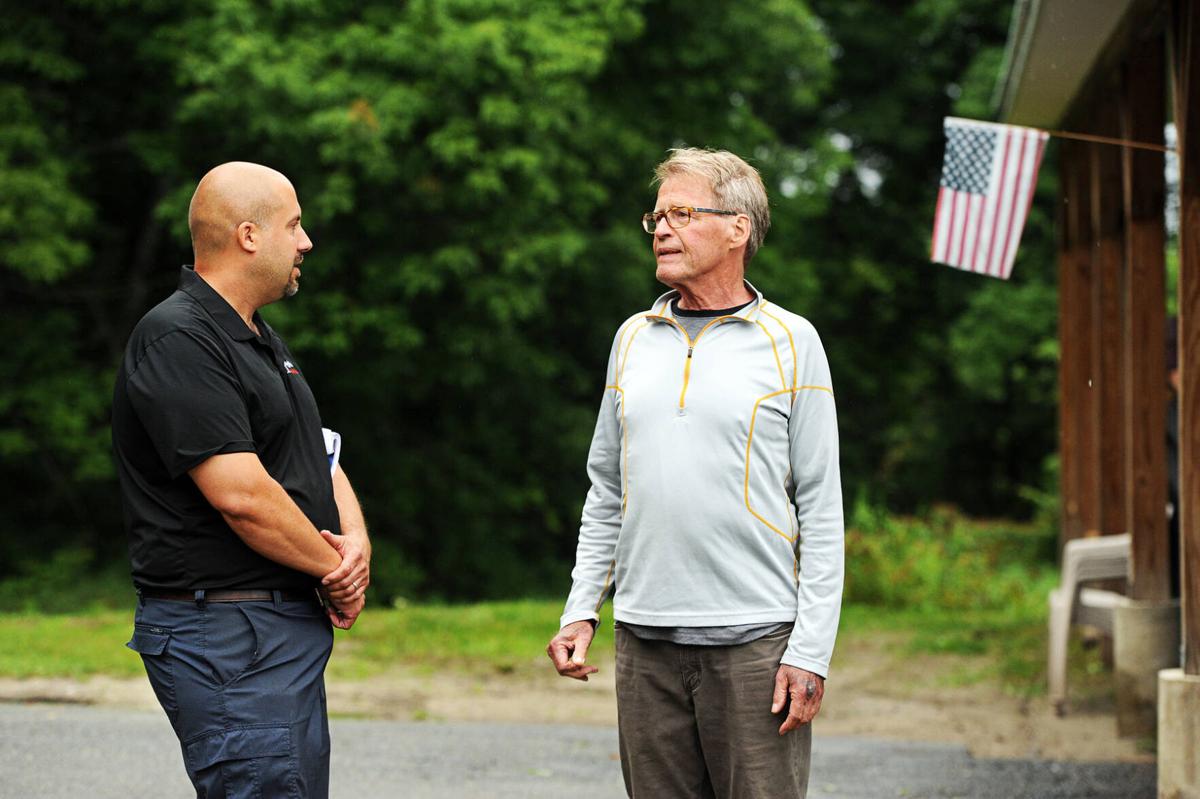 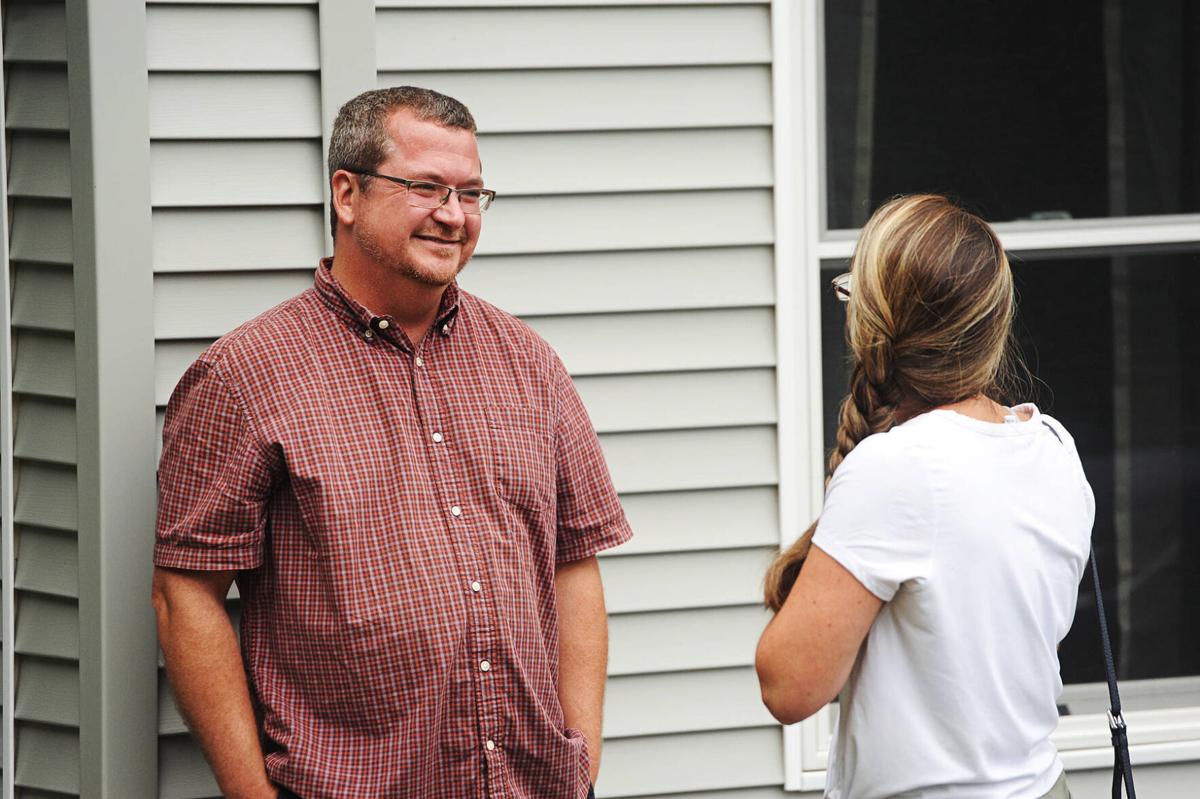 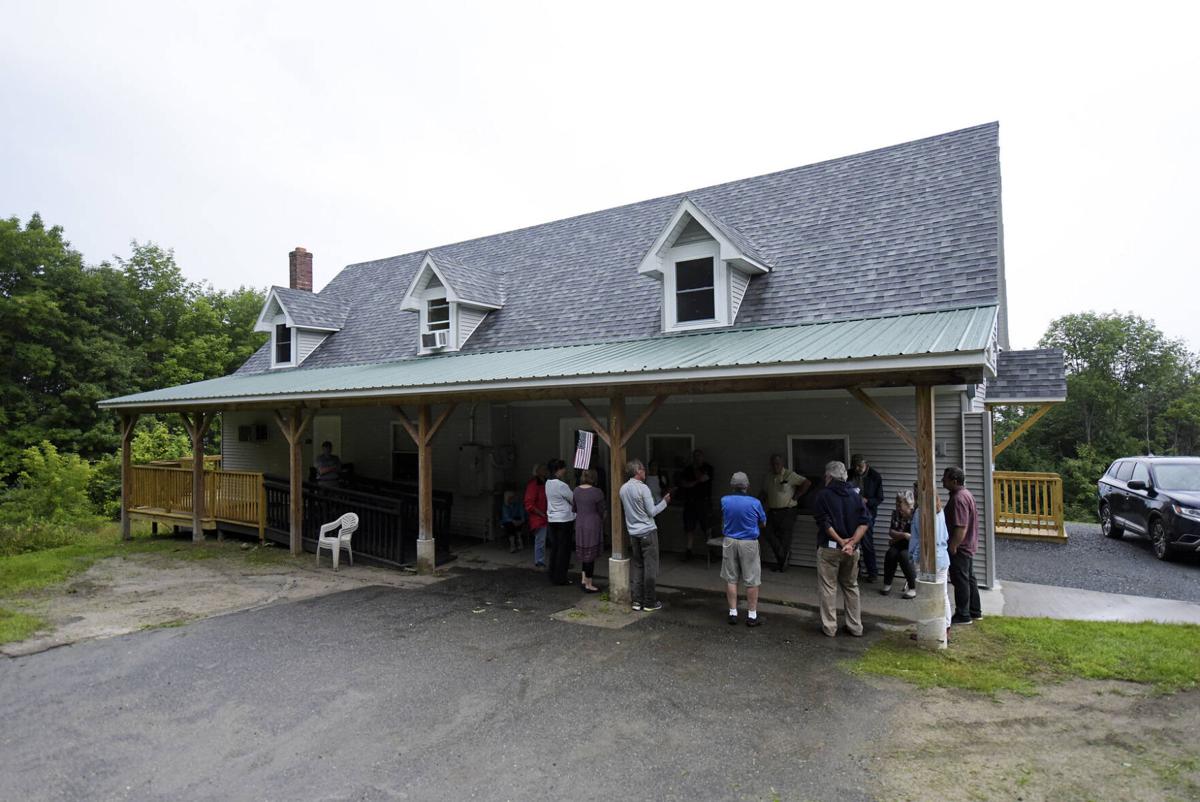 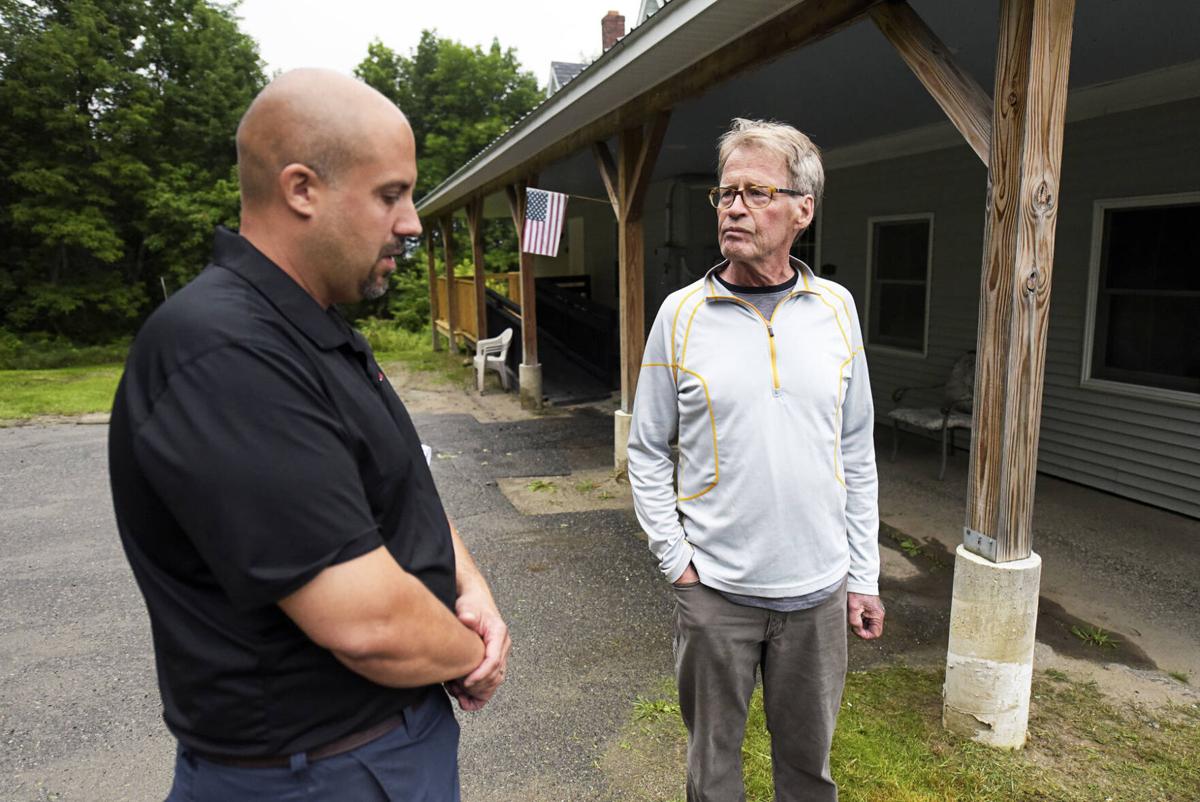 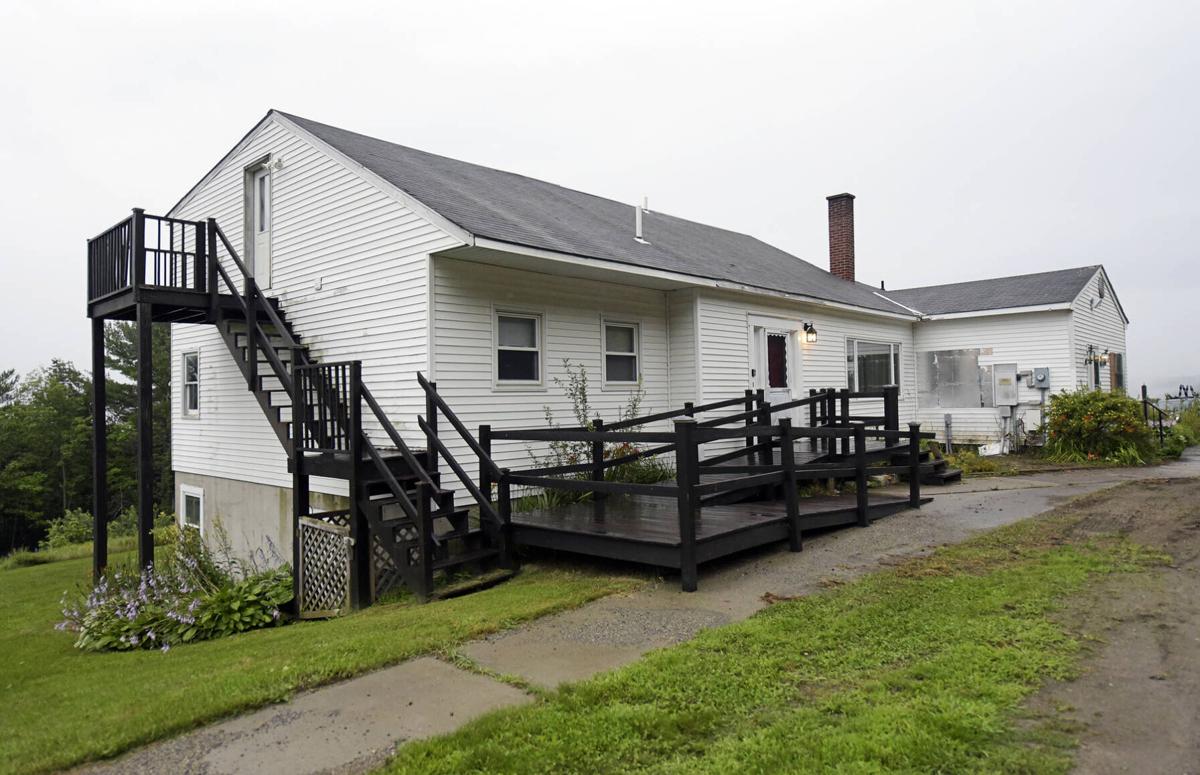 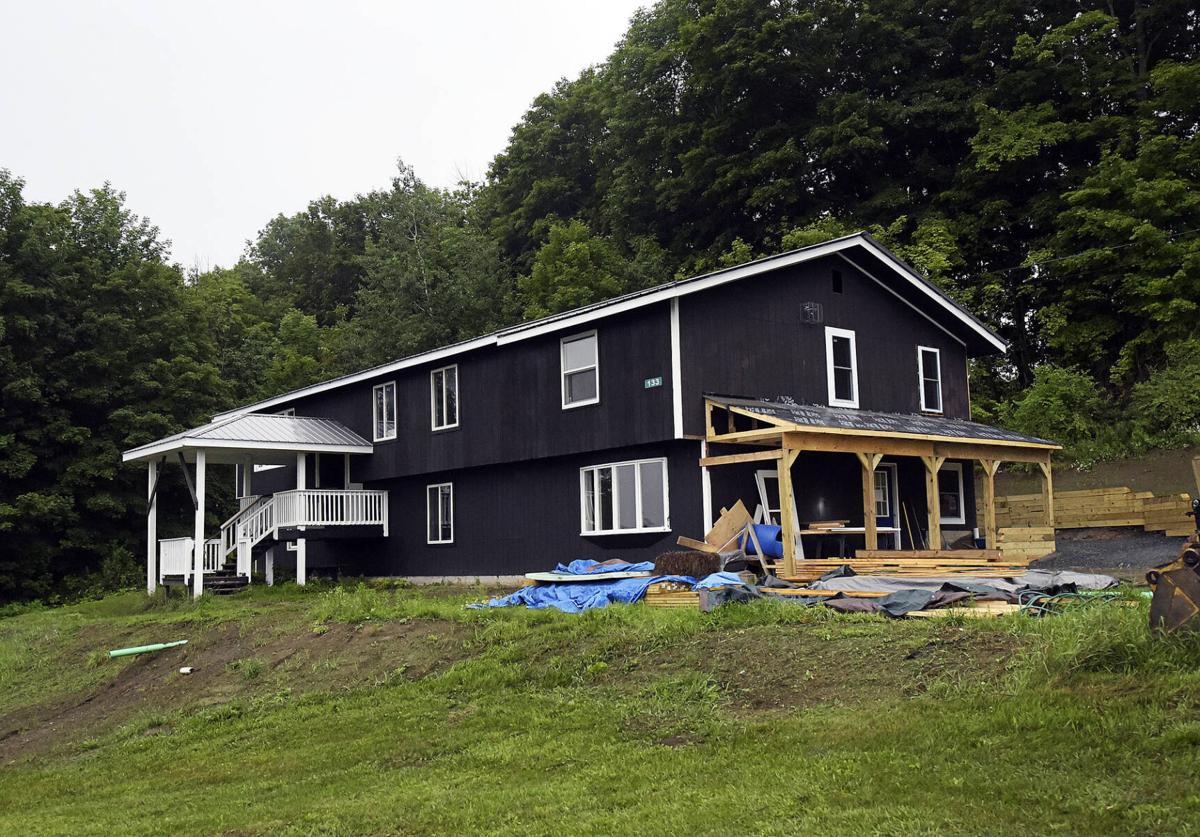 Members of the Vail Action Alliance including co-founder Travis Glodgett, second from right, meet with representatives of Northeast Kingdom Human Services at the site of the Cornerstone Lane residential treatment facility in Lyndon on Thursday, July 29, 2021. (Photo by Paul Hayes)

They met at Cornerstone Lane where an NKHS residential treatment facility is taking shape. The length of the meeting reflected the depth of VAA concerns with the project.

The neighborhood group worries the 8-bed facility will bring potentially dangerous people (including sex offenders and convicted felons) into close proximity with their homes.

The lengthy conversation was the first opportunity for those living near the almost-finished project to get answers and air grievances.

A dozen VAA members turned out and asked probing questions about security, staffing and what types of people would be admitted to the three-building campus at Cornerstone Lane.

They also criticized NKHS for failing to either notify the community or seek town zoning permits when work began months ago. Some suggested it was an intentional act to avoid publicity and opposition.

The Cornerstone Lane facility will serve clients in its Intellectual and Developmental Disability Services (IDDS) program. Clients deemed high risk would not be admitted to Cornerstone Lane, they said.

Peter Kostruba, director of IDDS licensed residential services, told those in attendance, “I’m a father first, I don’t want to put any of you at risk.”

Despite those assurances, the VAA indicated they may appeal town zoning permit approval for two buildings, and would fight a permit application for the third.

NKHS purchased the Cornerstone Lane property on Feb. 26 for $475,000 to address a regional shortage of bed space and lessen the non-profit’s reliance on rented facilities. Renovation work is expected to cost up to $415,000 more.

Human Services representatives outlined how the three-building site (formerly a home for troubled teens run by the Fold Ministries) would serve different aspects of IDDS operations.

133 Cornerstone: A two-bed, short-term crisis unit for IDDS clients experiencing acute episodes. Only existing IDDS clients from Orleans, Essex and Caledonia County would be admitted. A typical stay would be 1-2 days, after which the client would be placed in a residential facility. There would be a minimum of two staff (one for each bed) on duty when the building is in use. There are also plans to create a residential apartment for an NKHS employee.

142 Cornerstone: A mixed-use building that would house administrative space, a suicide prevention hotline call center, and one transitional apartment for an IDDS client.

188 Cornerstone: A five-bed, long-term licensed residential facility for IDDS clients. There would be 2-4 staff on duty at all times. NKHS plans to relocate four clients from a rented facility in West Barnet, which they plan to shut down.

In order to qualify for IDDS services, clients must undergo a psychological evaluation and meet certain criteria, including an IQ under 70.

Kostruba described clients in the long-term residential facility as “individuals with intellectual and developmental disabilities who also have some behavioral issues that may or may not include a history of offending behavior.”

One client is already living in the supervised apartment at 142 Cornerstone.

The three buildings would be staffed around the clock and equipped with door and window alarms, according to NKHS.

Clients would be supervised 24/7 through a combination of in-person and security camera oversight. Supervision levels are adjustable, depending on the threat a client presents, they said.

A 20-year industry veteran, Kostruba called the level of security “Way above and beyond what we have now in West Barnet.”

Even so, neighbors questioned if the proposed staffing and security were sufficient.

Typically, NKHS does not use restraints or physical force. If a client walks off, the standard practice is to follow them. If they attempt to leave the property, the protocol is to contact law enforcement and/or summon additional staff, Kostruba said.

“We know what we’re doing here, we’re very good at it, and we have an incredible reputation on the state level for our ability to manage these sometimes very difficult people in the community,” he said, noting that several non-IDDS offenders currently live unsupervised in the Lyndon area. “You have 13 on the sex offender registry in town here alone Those guys aren’t supervised. And that’s only the internet registry. There’s a lot more beyond that. But [IDDS residential clients] are supervised. We provide a home and we provide care.”

NKHS officials promised to provide residents with a copy of security protocols.

It is unclear if potentially violent offenders, who are found incompetent to stand trial, could be assigned to short-term beds at Cornerstone Lane until an appropriate long-term placement is found.

However, Kostruba said he has denied court-ordered placements of high-risk individuals “probably 50 times” on the grounds they pose a community risk.

Drawing a distinction between the people he cares for, and other types of violent offenders, Kostruba said, “The majority of the people that we take into a home like this, when there’s violence, it’s violence against their caregivers. It is extremely rare to have an individual leave the property and go injure somebody else,” he said.

Noting a recent exception where an NKHS client in Burke assaulted two staff and a passing motorist on June 27, he added, “I know that there is a situation in the news right now that everybody is aware of. That is extremely, extremely rare.”

To which one abutting resident said, “It doesn’t matter, we don’t want even one.”

Concerns over Cornerstone Lane were heightened by NKHS approach to the project.

Residents did not learn about NKHS plans until a Board of Lister’s tax exemption hearing last month. Although Northeast Kingdom Human Services obtained occupancy permits from the state fire marshal, they failed to contact the Lyndon Zoning and Planning office, the District Environmental Commission, or local law enforcement.

Paul Bengtson, the interim Executive Director for NKHS, said the project — which was initiated by the Board of Directors last summer and pre-dates his appointment in January — should have been handled differently.

Asked why the Lyndon and Vermont State Police were not notified of the project in advance, as is customary, Bengtson said, “The agency chose not to do that. Was that a good decision? No. The people in charge chose not to do that. There were people internally who advocated for communicating early with the community, which in my opinion would have been the appropriate thing to do. But they chose not to.”

He proposed regular meetings between Cornerstone Lane staff and area residents, in order to foster communication and trust, and to address neighbors’ ongoing concerns in real-time. The proposal was taken under advisement.

The crisis unit (133 Cornerstone) will require Development Review Board approval for a change of use permit.

However, VAA co-founder Travis Glodgett disagreed with the decision of the town zoning administrator, and felt all three properties deserved DRB review.

He indicated that VAA could appeal permit approvals for 142 and 188 Cornerstone. It is unclear if those appeals will be filed or when. There is a 15-day appeal window after permits are issued.

For the first part of Thursday’s meeting, residents asked tough questions and vented their frustrations.

After a time, however, they acknowledged the work of NKHS and its Intellectual and Developmental Disability Services program.

“I think you guys do great work and no one doubts the need for your services. That’s not what this was about,” said resident Todd Wellington [disclaimer, a Caledonian-Record employee].

“I don’t want your job [and] I appreciate what you do,” said Glodgett.

Another resident, Pat Jauch, cautioned against overzealous rhetoric. While neighbors had a right to be concerned about the project, she said, they should not demonize IDDS clients.

“Just remember that they are people, and they could be members of your family,” she said.

LYNDON — Town zoning enforcement came under fire at the board of selectmen meeting on Monday.

Just where are people like Brian Hawkins going to be sent? There are no places that are appropriate for DD clients. They need appropriate facilities, proper medication and staff actually trained to deal with there particular disorder. Vermont Crisis Network (VIN) has one non secure bed in Wardsboro with no services or specifically trained staff. One recent client sent there eloped, assaulted staff and was sent to hospital with no plan and no where to go. s

Several more changes and many months later there still is no place for him.