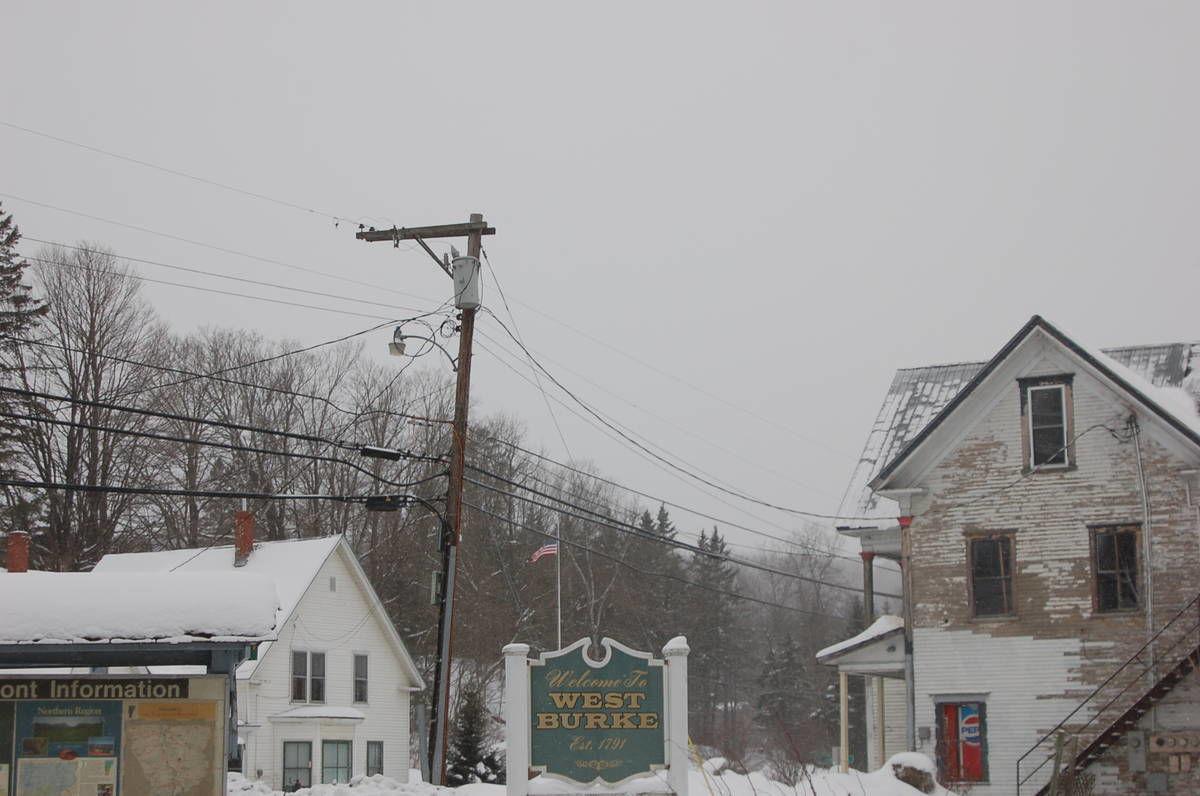 West Burke village has a number of antique buildings which are not able to be re-developed due to infrastructure needs. A committee of local citizens has been working to obtain grant funds to try and make improvements and recently was awarded their latest grant, to the One Burke group, the Burke Area Chamber of Commerce said this week. (File Photo by Amy Ash Nixon) 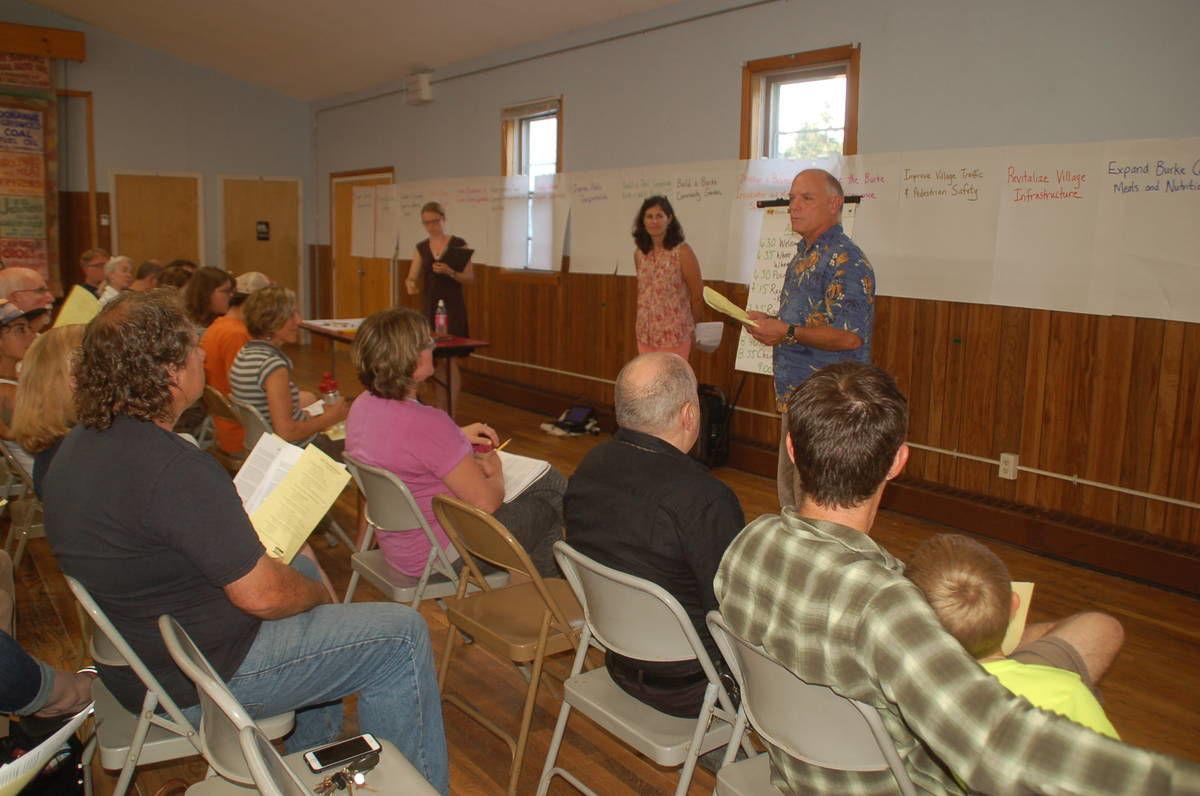 The process in Burke which led to creation of citizen committees to work on infrastructure needs, trail systems and safety for pedestrians and others, and more. (File Photo by Amy Ash Nixon)

West Burke village has a number of antique buildings which are not able to be re-developed due to infrastructure needs. A committee of local citizens has been working to obtain grant funds to try and make improvements and recently was awarded their latest grant, to the One Burke group, the Burke Area Chamber of Commerce said this week. (File Photo by Amy Ash Nixon)

The process in Burke which led to creation of citizen committees to work on infrastructure needs, trail systems and safety for pedestrians and others, and more. (File Photo by Amy Ash Nixon)

WEST BURKE — One Burke, the local citizen-led nonprofit group that has continued to steer hoped-for community projects since the Vermont Council on Rural Development brainstorming Community Visit process several years ago, is the recipient of nearly $40,000 in new grant funds to help fund the West Burke Revitalization Project.

In an announcement in recent days by Burke Area Chamber of Commerce Administrator Laura Malieswski, she said the volunteer-run organization ” … has recently received good news all around regarding several grants applied for in late 2019.”

According to Malieswski, all four of the One Burke 2019 grant applications were approved for funding including:

The announcement sent by the Chamber continued, with even more positive news for the work the organization is involved in to try to improve the quality of life for all of Burke, which includes East Burke and Burke Hollow, “In addition, One Burke received a Grass Roots Grant in the amount of $1,125 to assist with the purchase of supplies and community outreach. The Town of Burke has agreed to provide additional funding of up to $4,500 if needed. The Burke Area Chamber of Commerce is also providing support and administrative assistance to One Burke.”

The Chamber’s announcement stated, “Aside from the Grass Roots Grant, the funds received are all for the West Burke Revitalization Project which is focused on economic growth for the community.

The grant funds will assist One Burke to create an economic development plan and host a visioning session to understand the community’s hopes & expectations for development in West Burke … A goal of this development is to attract and develop businesses in the area that support positive, community wide growth.”

The Chamber noted, “Fairweather Consulting has recently been hired to facilitate the visioning session and assist with the project.”

“All community members will be invited to attend the visioning session and share their ideas, hopes and goals for West Burke,” according to the news release. “The information gathered will be used to establish priorities for One Burke & paint the vision for residents, local businesses, funders and developers.”

Earlier grants for the West Burke project saw an engineering firm brought in to help conduct water testing for West Burke residents. They were surveyed about both water and wastewater needs for their properties.

West Burke has not benefited from much of the commerce and vibrancy that Kingdom Trail Association has bestowed on bustling East Burke, but the village was once a thriving center.

The One Burke Village Infrastructure Committee has been working on a 3-year feasibility and needs assessment on wastewater in West Burke, using a grant through the Northern Borders Regional Commission funded to the Vermont Department of Environmental Conservation.

The Select Board was asked in the fall by One Burke committee leaders to assist with being a conduit for the largest grant application, and to support the project with town funds not to exceed $5,500, but the volunteers working on the process said if they are successful with obtaining grants, the municipal share could be less.

Select Board members unanimously approved a resolution in support of the town’s role with the Municipal Planning Grant in September.

Ways to see the economic boon from the nonprofit mountain biking trails group help to benefit the other side of the town and how the village can be re-developed are priorities identified in the 2017 community visioning process that saw hundreds of citizens take part in three meetings at the Burke Town School.

“Inadequate water and wastewater infrastructure was identified as one of the roadblocks to successfully re-developing West Burke village and encouraging new business and homeowner opportunities in the village,” Day said at the time.

According to Day, the town received grant funding from USDA Rural Development, the Northern Borders Regional Commission (NBRC) and the State of Vermont Department of Environmental Conservation for last year’s water/wastewater work.

The next leg of the West Burke project made possible through the recent infusion of grant funds will be shelved for a bit, due to the coronavirus lockdown on social activity and most commerce, unless the government has deemed it related to essential functions or services.

Anyone interested in being involved is asked to contact burkechamber@burkevermont.com to be a part of the steering committee for the West Burke Revitalization Project.

Two community members who have worked on the One Burke process, including the Village Revitalization Task Force since 2017 are Des Hertz and Linda Lotti.

In this week’s announcement, Lotti, who runs the Café Lotti with her husband, said, “We are really excited about moving forward with the visioning and discussion sessions to re-vitalize West Burke and listen to the community about what they would like to see in West Burke village.”

“We are grateful for all of the funding support to assist our community in making positive change in a guided manner,” she said. “West Burke has the opportunity to come together and steer West Burke village toward a common vision.”

Hertz, a teacher at the Burke Town School, added, “During our original community visits with the Vermont Council on Rural Development, participants chose as a priority the revitalization of West Burke village.”

“This task force has been actively pursuing this goal for over two years,” said Hertz. “We look forward to our continued collaboration with the Burke selectboard and to hearing from as many voices of community members as possible in this exciting visioning project.”

Here you'll find our latest collection of Caledonian-Record reports on the coronavirus outbreak and local response, from the beginning of Apri…