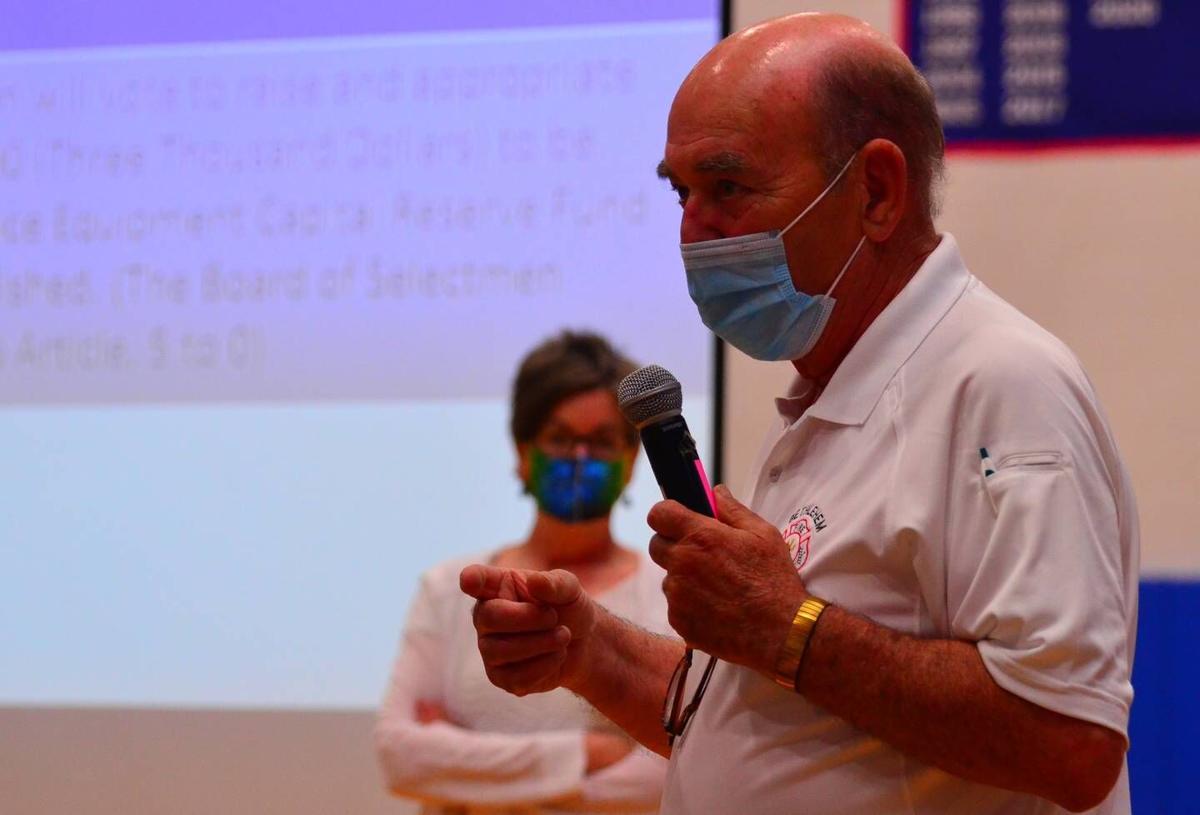 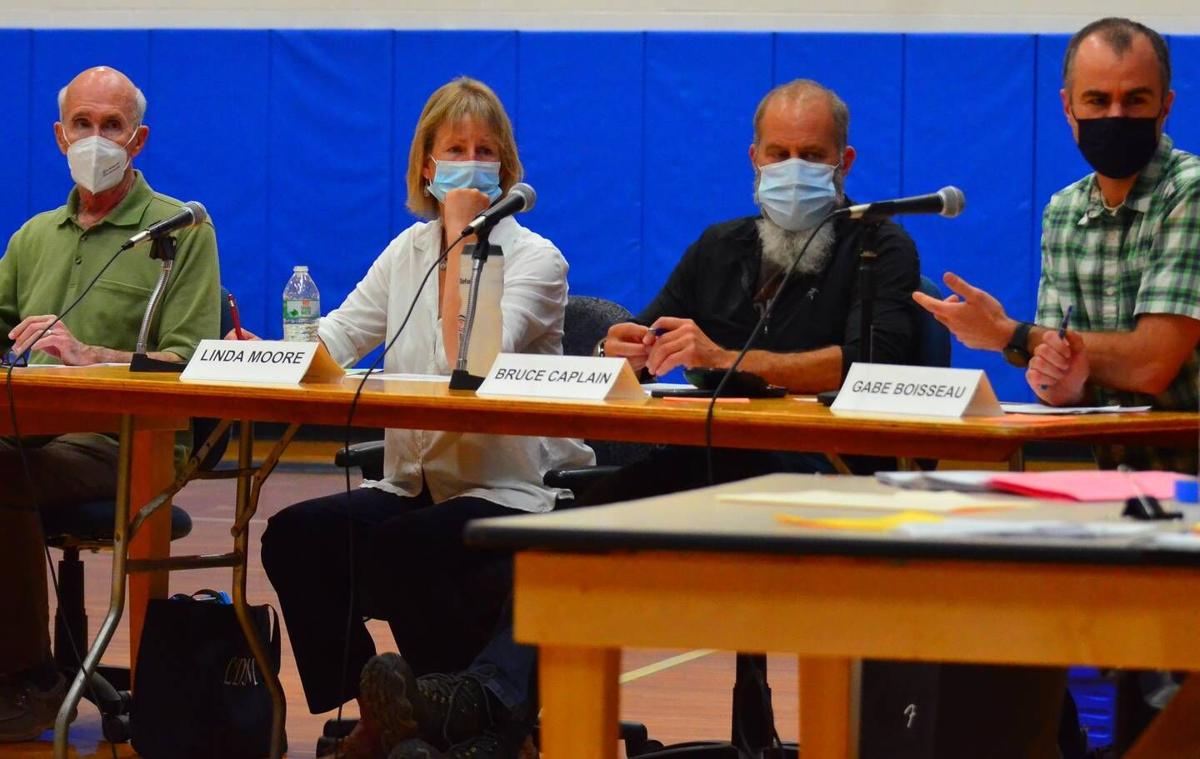 BETHLEHEM — Compared to past years, it was a small deliberative session turnout on Friday, but it saw lively discussions on a petitioned warrant article asking the town to take over a private road and on an article asking voters for a solar array to provide energy to municipal buildings.

Drawing the longest discussion and undergoing a number of language changes was the petitioned Article 24, submitted by the Mountain View Lane and Presidential View Lane Road Association, which originally asked to see if the town will vote to accept the road system known as Mountain View Lane and Presidential View Lane, located off of Route 142, understanding the road will meet both town and state specifications and that it will be inspected by a certified engineer.

Currently, there are 38 landowners along the road, the total length of which is about a mile and a half.

Representatives for the road association said the town would only take it over after the association brings the roads up to the required standards, there are 20 vacant lots along the road and making it a town road would make those lots more likely to be developed and expand the tax base, and the costs for road maintenance and repairs borne by the town would be offset by increased property tax revenue.

Town road agent Brett Jackson said he drove the road on Friday and it is currently the worst road in town and needs to be paved.

One mile of paved road costs about $100,000, and the town paves about two miles of road a year, he said.

Jackson said he believes taking over the road would be an awful burden for the town.

Others agreed, including resident Chris McGrath, who said, “Taxpayers will be fixing that road and maintaining that road, and right now, at an unknown cost.”

“I think it’s a bad policy for a town to take over a private road,” said resident Patrick Doughty.

Following were a series of amendments that added specific language, among them replacing the word “understanding” with “after,” which Board of Selectmen Chairman Gabe Boisseau said will ensure that the association is the entity responsible for bringing the road up to specifications and paying to bring it up to specifications.

Selectmen Chris Jensen made a successful amendment adding language about the town being responsible for maintaining and plowing the road if it becomes a town road so people understand it’s an ongoing town cost rather than just the building of a road, he said.

Doughty then made a successful motion to make the article even more specific, to state that the roadway will be actively inspected during its construction by a professional engineering firm and would only be accepted after approval by a professional New Hampshire engineer and the town road agent.

To reflect a recent federal grant, selectmen presented an amended Article 26, which asks to see if the town will vote to appropriate $150,000 from the town’s undesignated fund balance to install on town-owned property a solar array, estimated at a total cost of $475,000 and which will reduce town electricity costs for the next 30 to 40 years while using clean energy.

The total cost would be funded through the recently awarded $165,000 grant from the U.S. Department of Agriculture, the $150,000 from the unassigned fund balance, and $160,000 that would be subject to a future warrant article appropriating the remaining funds through borrowing, grants, or other sources that would be paid for through reduced electricity costs.

The total savings with the USDA grant over the life of the project is projected at $658,708.

If the article passes, the town would see about 50-percent of its electricity bill eliminated, said Selectman Bruce Caplain.

The solar array, which could be installed behind the public library or behind the community garden and bike path, is expected to offset 100 percent of the electricity used by the town for the town hall, the highway garage, the elementary school, the library, and street lights.

To the proposed town operating budget, for software support and the recreation department, Boisseau made a successful motion to add $5,093 to the bottom line of the budget, bringing it to $2,855,482.

The two articles requesting zoning ordinance amendments were submitted by the planning board.

Article 2 asks voters to allow manufactured homes meeting federal standards to be be installed on concrete slabs or foundations on individual single-family residential lots that are outside of designated manufactured home subdivisions or parks.

Approval would come by special exception from the zoning board of adjustment and no home would be allowed in Bethlehem’s District 1 Main Street District.

The homes would also continue to be allowed in subdivisions or mobile home parks.

Selectmen Chris Jensen said the town had typically restricted manufactured housing to subdivisions, but the code officer stopped enforcing that rule about a decade ago.

McGrath, a former planning board member, said town planners worked on the effort to allow the homes beyond traditional subdivisions and said if the article passes, they won’t be popping up all over Bethlehem and there will be checks and balances with the ZBA.

Article 3 asks voters to repeal existing criteria in the zoning ordinance for the granting of a special exception and replace it with criteria that would allow a special exception if the proposed use or structure meets the requirements of the ordinance, is consistent with the spirit and intent of the town’s master plan, does not adversely impact the health, safety of general welfare of the town or a neighborhood through noise, odor, hours of operation, traffic, glare, lighting and runoff, and does not result in excessive demand on municipal services or facilities.

“We discussed this as a zoning board two years ago and felt this was something that could be improved,” said ZBA member Ruth Heintz.

Like the zoning articles, the capital reserve fund articles and social service articles were not amended and will go on the July town meeting warrant as written.

The articles presented at the deliberative session will go to a ballot vote at Bethlehem Town Hall from 8 a.m. to 7 p.m. on July 13.

Since the pandemic, the Board of Selectmen has been meeting remotely, on the Zoom video-conferencing platform.

During Monday’s selectmen’s meeting, Boisseau said the deliberative session, which was in person in the Profile School gymnasium, went well and the board is now planning to hold its regularly scheduled meetings in person, but is looking into offering a remote hybrid option.