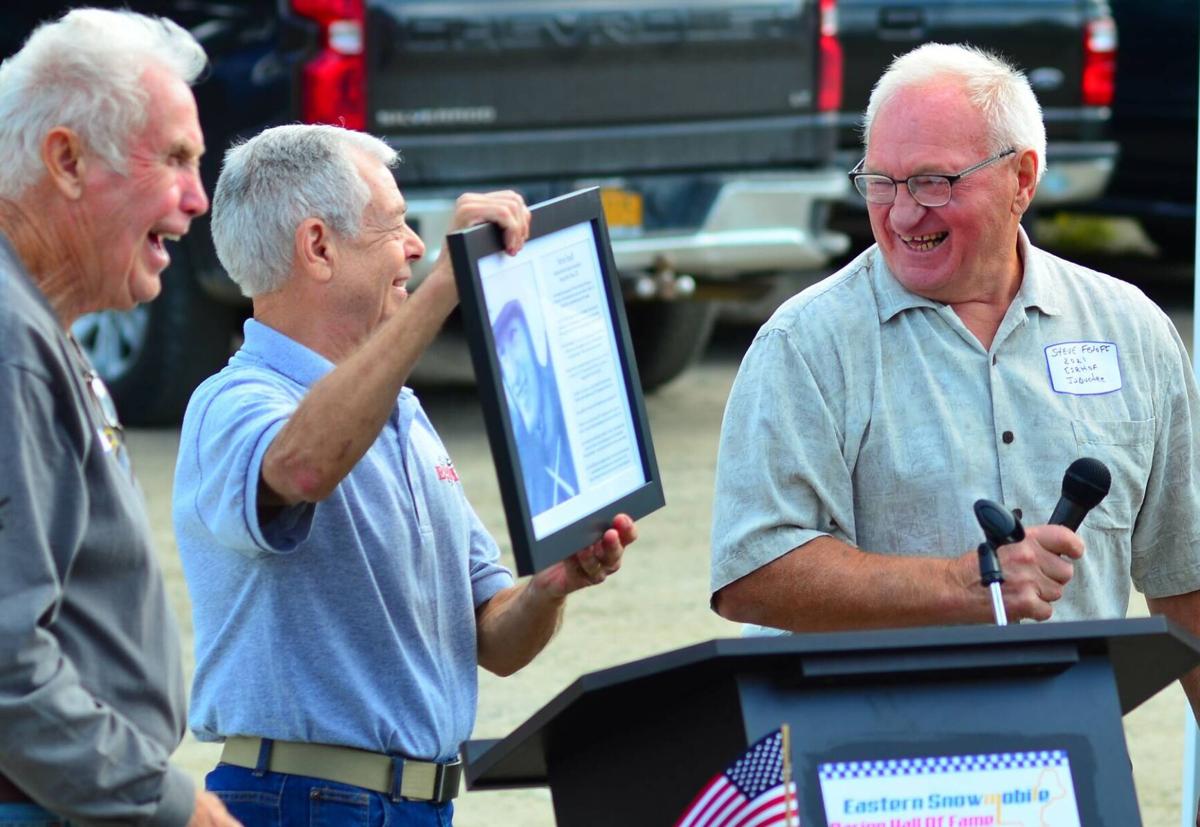 Paul Crane, left, owner of Crane's Snowmobile Museum in Lancaster, and Midge Rosebrook, organizer of the Eastern Snowmobile Racing Hall of Fame, induct Steven Fenoff, right, of St. Johnsbury, into the Hall of Fame on Saturday. (Photo by Robert Blechl) 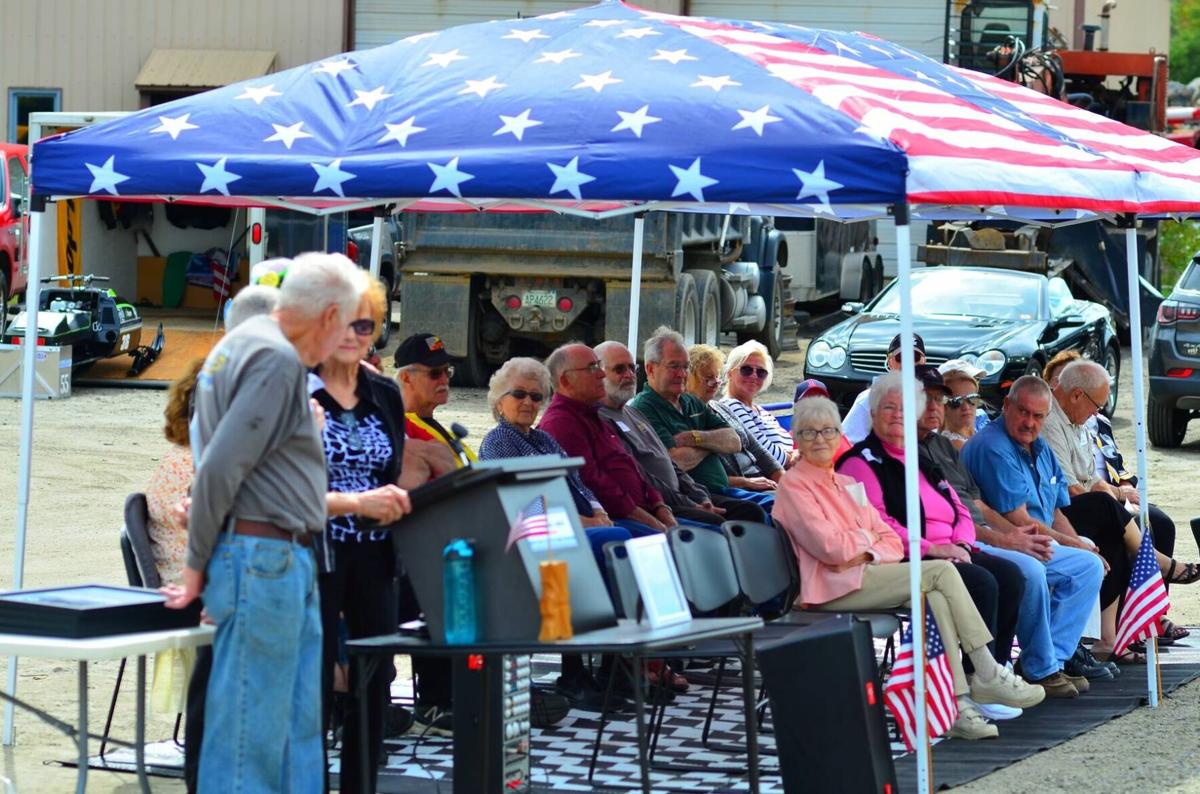 2021 inductees and past inductees attend the 2021 Eastern Snowmobile Racing Hall of Fame induction ceremony on Saturday in Lancaster. (Photo by Robert Blechl) 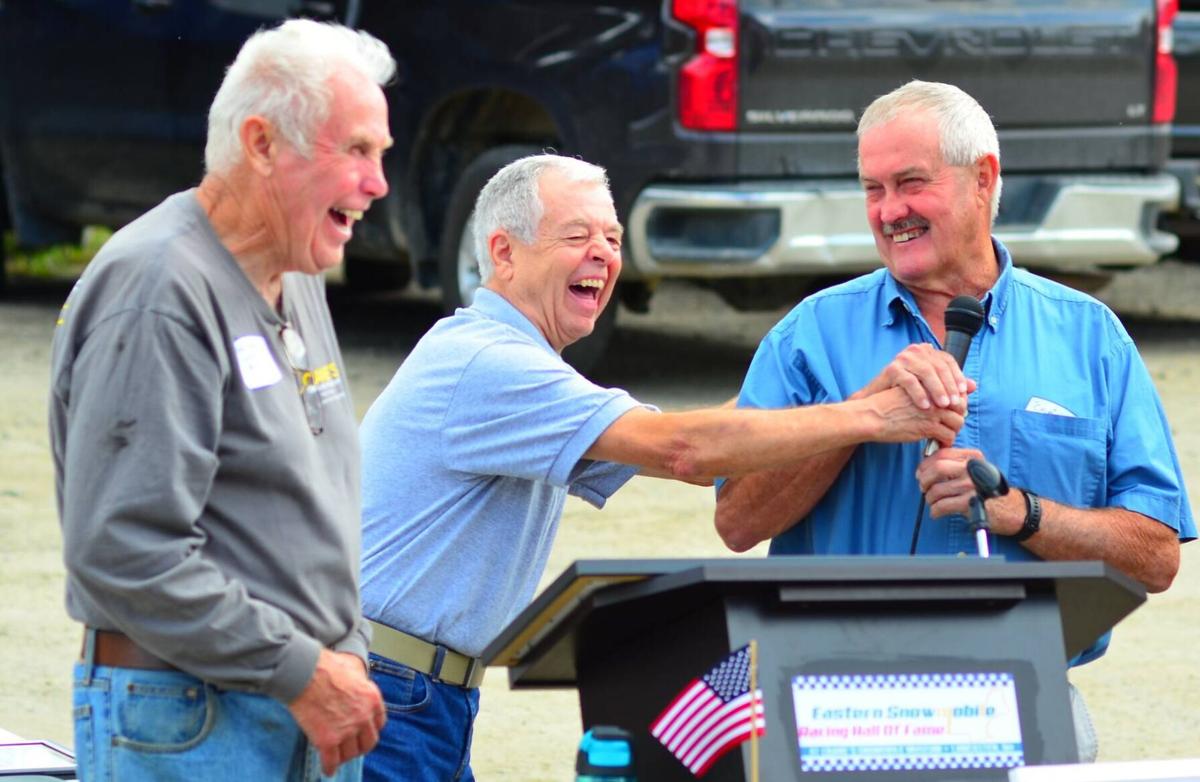 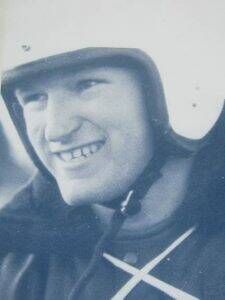 Steven Fenoff, of St. Johnsbury, pictured here about half a century ago during his racing days, was inducted into the Eastern Snowmobile Racing Hall of Fame on Saturday in Lancaster. (Courtesy photo)

Paul Crane, left, owner of Crane's Snowmobile Museum in Lancaster, and Midge Rosebrook, organizer of the Eastern Snowmobile Racing Hall of Fame, induct Steven Fenoff, right, of St. Johnsbury, into the Hall of Fame on Saturday. (Photo by Robert Blechl)

2021 inductees and past inductees attend the 2021 Eastern Snowmobile Racing Hall of Fame induction ceremony on Saturday in Lancaster. (Photo by Robert Blechl)

Steven Fenoff, of St. Johnsbury, pictured here about half a century ago during his racing days, was inducted into the Eastern Snowmobile Racing Hall of Fame on Saturday in Lancaster. (Courtesy photo)

On Saturday outside Crane’s Snowmobile Museum, Fenoff was one of five people — four former racers like himself and one race promoter — who had their photographs put on the museum wall during the Hall of Fame’s fifth-annual induction ceremony.

The three other racers were Bill Abold, Diane Baker and Chip Elwood, all from New York State, and the late Bob Bottoms, a promoter and one-time Lancaster resident who was instrumental in making Lancaster the epicenter of snowmobile racing in New Hampshire, Vermont, Maine and Massachusetts, and launching the Lancaster Grand Prix in 1964 and its coveted Kilkenny Cup.

In inducting Fenoff, Lancaster resident Midge Rosebrook, organizer of the ESRHF, said, “We all knew who would win the 1971 Grand Prix. It was Bob Fortin. The problem was no one told Steve Fenoff.”

Fenoff, a winner and top contender of many races, began his racing career in 1969 on a Moto-Ski for Benoit’s of St. Johnsbury, said Rosebrook.

After watching him at a race, Paul Calkins, of Calkins’ Cat, offered Fenoff a sponsorship racing for his company.

At the 1970 Lake’s Region Open in New Hampshire, Fenoff, in only his second race on an Arctic Cat, nabbed second place in a four-hour endurance race, and the following day, took first in the 57-mile cross-country, said Rosebrook.

“Putting Fenoff on a competitive sled was the best thing that ever happened to Calkins Cat,” said Rosebrook.

Fenoff would go on to qualify for the first USSA Snowmobile World Series in Rhinelander, Wisc.

“Driving the race of his life at the 1971 Lancaster Grand Prix, Steve won overall in Mod II, having his name engraved on the famous Kilkenny Cup,” said Rosebrook, who added, Fenoff “cleaned our clock” for the Cup. “Steve Fenoff had won a countless number of other races, both sanctioned and non-sanctioned events, during his career, making him one of the State of Vermont’s all-time top snowmobile racers of the Golden Era.”

Humbled by the honor, Fenoff said, “I want to thank everyone. This organization is great.”

He also said that Calkins built some of the best engines the racers ever had.

As a racing promoter, Bottoms helped link Lancaster and snowmobiling and put them on the map, said Rosebrook.

“Bob was employed by Timberland Machines, Ltd. of Woodstock, Ontario,” he said. “In 1956, after thoroughly searching northern Vermont, New Hampshire and Maine for a second facility, Bottoms chose Lancaster, N.H. as Timberland’s newest branch due to its location and the fact that it was the county seat.

Bottoms was the motivating force behind Ski-Doo’s early sales success, and as Timberland Machines Inc. quickly outgrew their old facility, they built a huge new complex on North Main Street to house a sales inventory of more than 10,000 snowmobiles a year at their peak, said Rosebrook.

“Bob was a charter member of the oldest snowmobile club in the United States, the Lancaster SnowDrifters,” he said. “He was instrumental in helping to develop the Lancaster Grand Prix (a name that he came up with) into one of the most prestigious racing events in North America, as well as developing a world-class Ski-Doo distributor race team known as the Big T.”

Bottoms’ ESRHF induction plaque will be given to his family.

During her induction, Baker thanked Rosebrook.

“Midge, you followed your dream for a Hall of Fame, and here we are today,” she said.

Baker completed her first race at age 19 and last race at 50.

The inductions began half decade ago, after Rosebrook suggested to Paul Crane, owner of the snowmobile museum, that something needs to be done to honor the top racers of yesteryear, during the racing heyday of the 1960s and 1970s.

“This wouldn’t have a home without Paul Crane,” said Rosebrook.

In addition, he thanked Shane Beattie, of Lancaster, for reviving the Lancaster Grand Prix snowmobile race for its 50th anniversary in 2014.

“There’s only one person who could be chairman of that race and he’s standing right here,” Rosebrook said of Beattie. “He’s always been in our corner.”