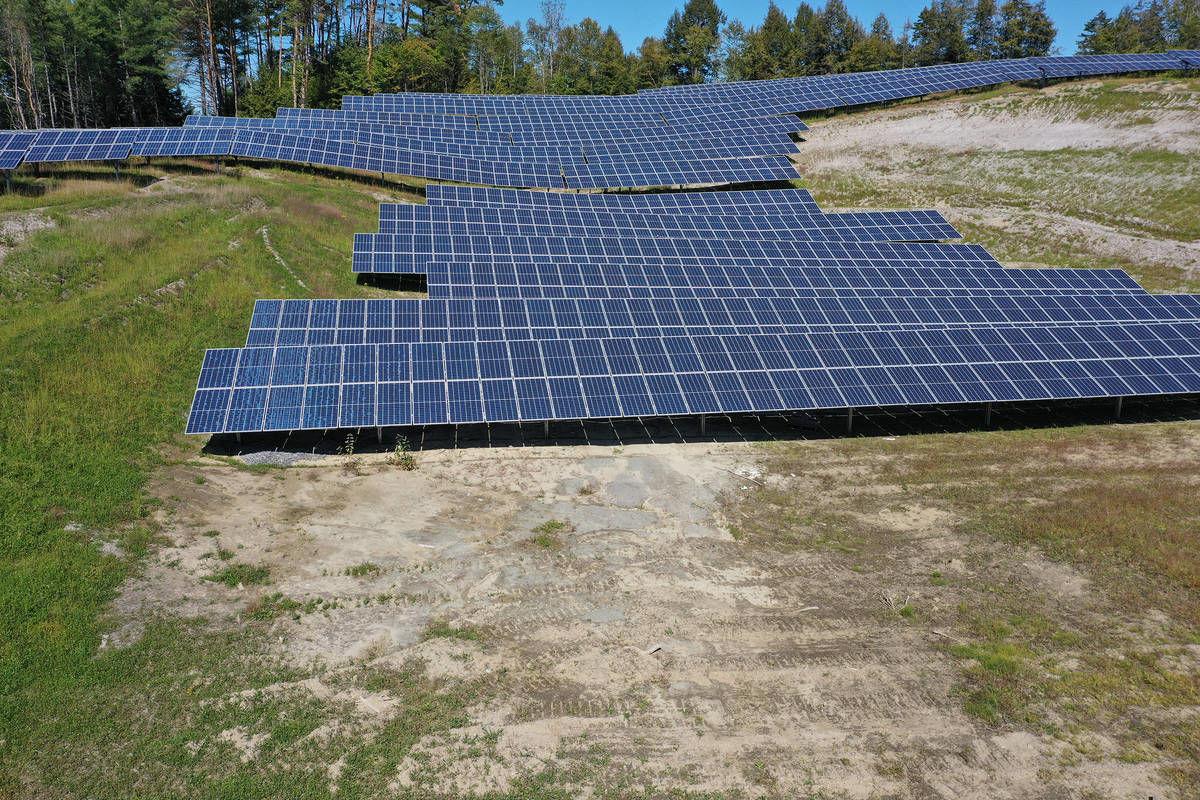 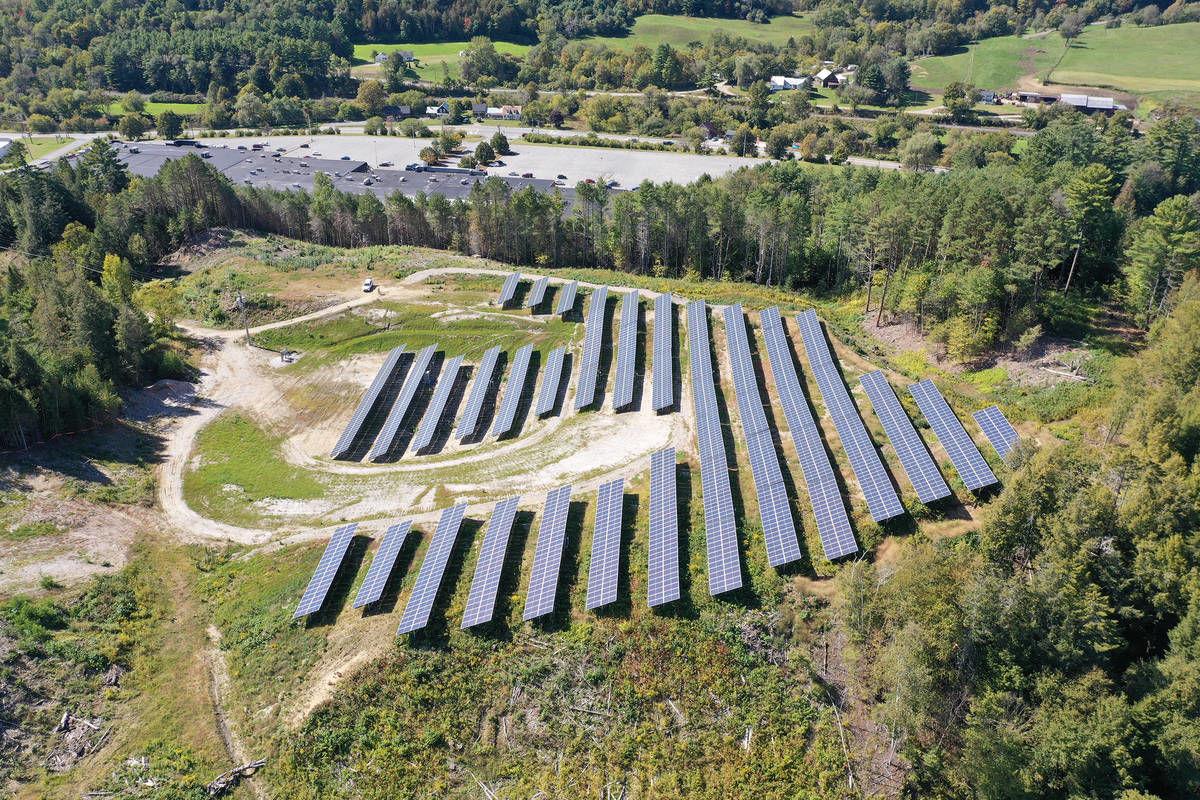 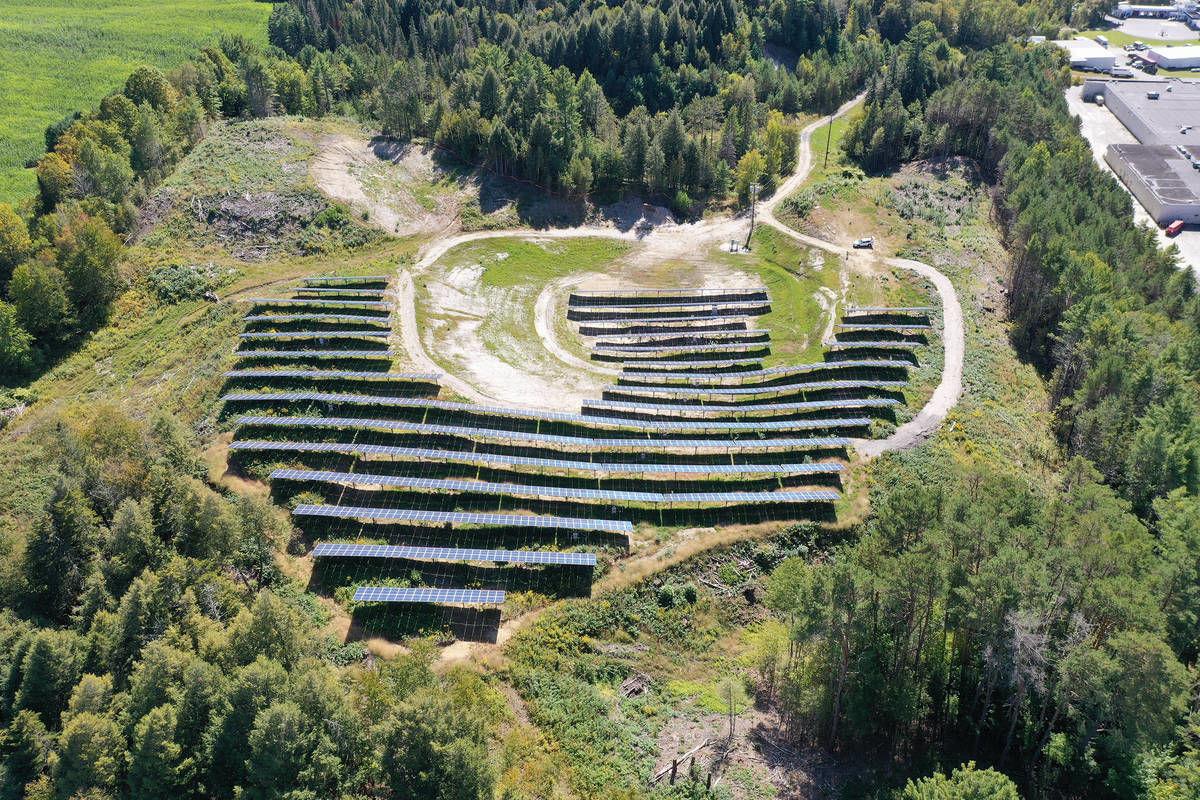 Town officials and developers will soon cut the ribbon on a solar field that promises to deliver myriad benefits to St. Johnsbury.

On Oct. 10 a ceremony will be held to commemorate the completion of a solar development behind the Green Mountain Mall in St. Johnsbury Center. The renewable energy project was developed by Norwich Solar Technologies of White River Junction. The project will deliver financial benefits to both the municipality and the school district of St. Johnsbury through the renewable energy credits.

“This project is a great example of putting unproductive land back into productive use via a renewable energy project,” said Kevin Davis, vice president of sales at Norwich Solar Technologies. The site is a former sand pit.

“I think that most people agree that we need more renewable energy projects to help reduce the damaging effects of climate change, but there is often reluctance to put them in locations that are highly visible or on land that is otherwise productive. This project eliminates both of those concerns,” said Davis.

The town and school stand to benefit because the two entities signed contracts to buy the renewable energy credits at a discounted rate, this effectively will reduce the town and school’s energy costs.

Davis estimated the town will save about $325,000 over the life of the 25-year agreement. The school will realize about $400,000 in electrical cost savings over the same amount of time.

St. Johnsbury Town Manager Chad Whitehead said this is the latest project the town has signed on to. “We have other 3 0r 4 other agreements, all of them local - in Waterford and St. Johnsbury,” said Whitehead, who noted that they allow the town to offset some of it’s significant electrical costs from operations like the water treatment, waste water treatment and pumping facilities. “In short, we end up with a saving on our power that’s about 10 percent.”

St. Johnsbury School Superintendent Brian Ricca said, “We are proud to be a part of the project, not only for the fiscal savings but more importantly to demonstrate to our students, families, faculty and staff to find other ways to utilize technology that doesn’t rely on fossil fuels.”

“We strive to be thoughtful and careful with public dollars, it’s about really being good stewards not only of the physical building but the land itself as well,” added Ricca.

The school board unanimously approved participating in the project last year and at the time Norwich Solar Technologies representatives said they would also will provide educational materials so students and staff can study how the solar energy project works, helping them understand their school’s part in the move to harness natural resources and become less dependent on fossil fuels.

The school stands to gain additional financial benefit because school officials have also agreed to lease adjacent land the district owns for a second, similar project. Davis said that second project has already received its certificate of public good and is slated to be constructed in 2020. The school will receive lease payments from that arrangement of $100,000 over the term of that 25-year agreement. The projects will also generate increased property tax revenue for the town.

“If you total up the savings from net metering credits, plus the lease payments, plus the tax revenues, these projects will result in a combined over $1 million in benefit to the Town and School, and in turn all of the residents of St Johnsbury,” said Davis.

The solar project that was recently constructed is is comprised of about 2,200 solar panels sited on 5 acres. The project will generate about 915,000 kilowatt hours a year, which is equivalent to offsetting the usage from 125 single family homes.

A ribbon cutting ceremony is scheduled for Oct. 10 at 9:30 a.m. at the site behind the mall.

Norwich Solar Technologies is also working on developing a 500 kilowatt solar facility at 2703 Portland Street - across the street from Moose River Campground, The Caledonian-Record reported in May.

Nice to see this happening, but why not use the parking lot? Panels would give shade for cars and use land that needs no access to open sky otherwise.