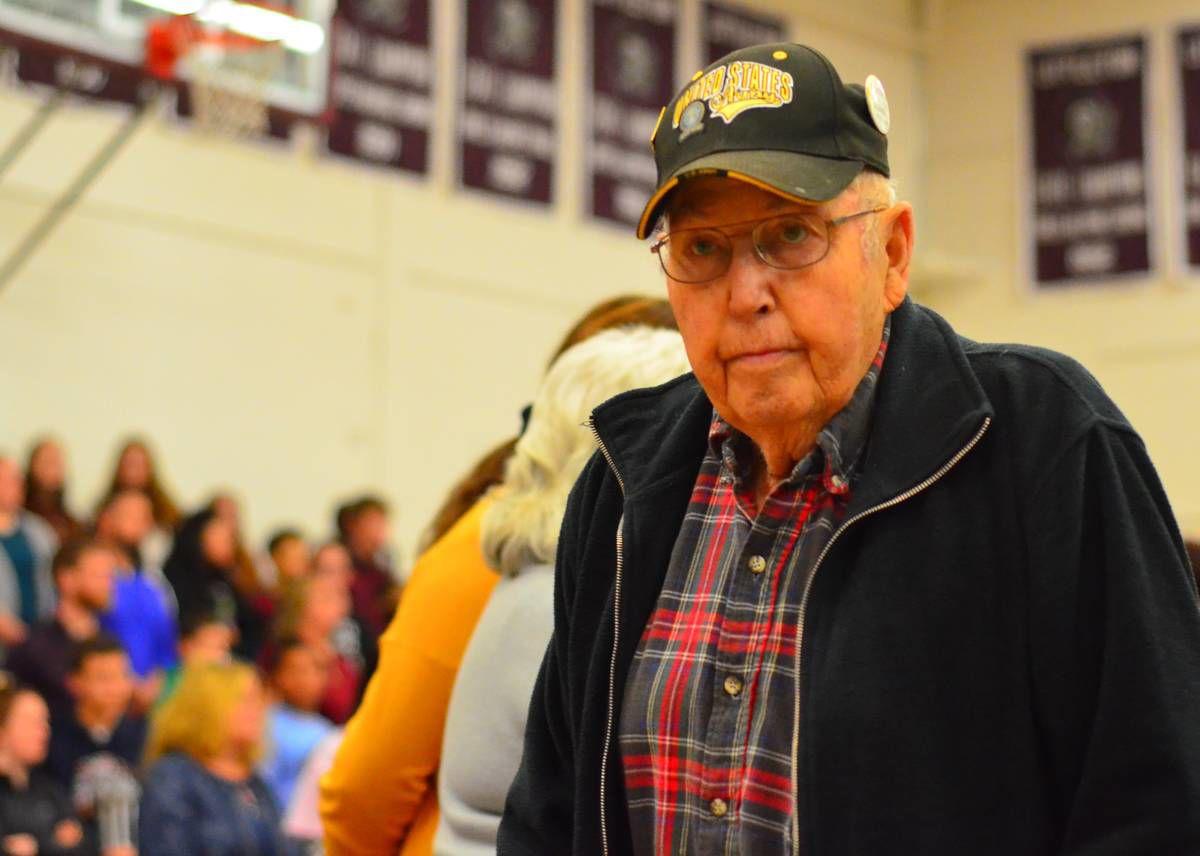 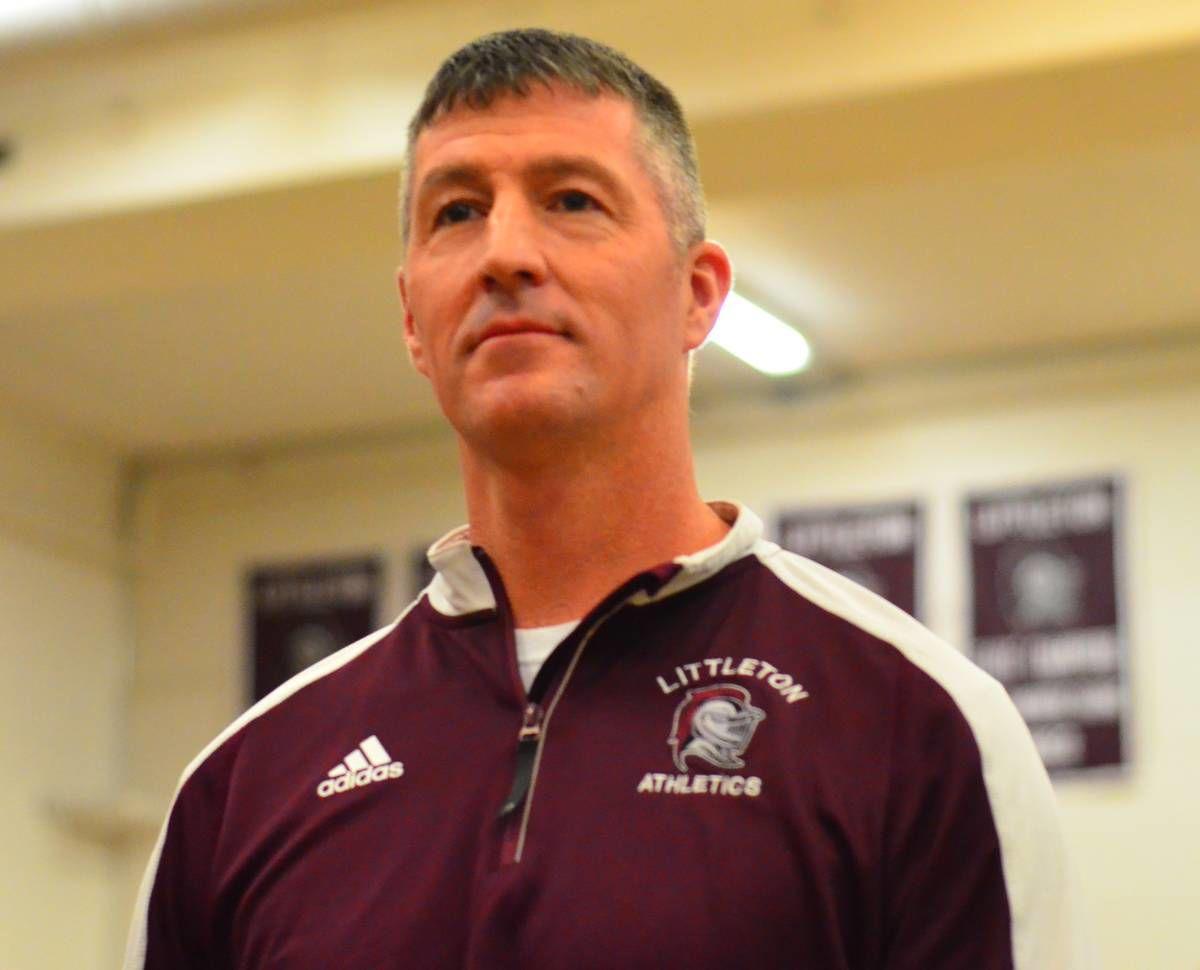 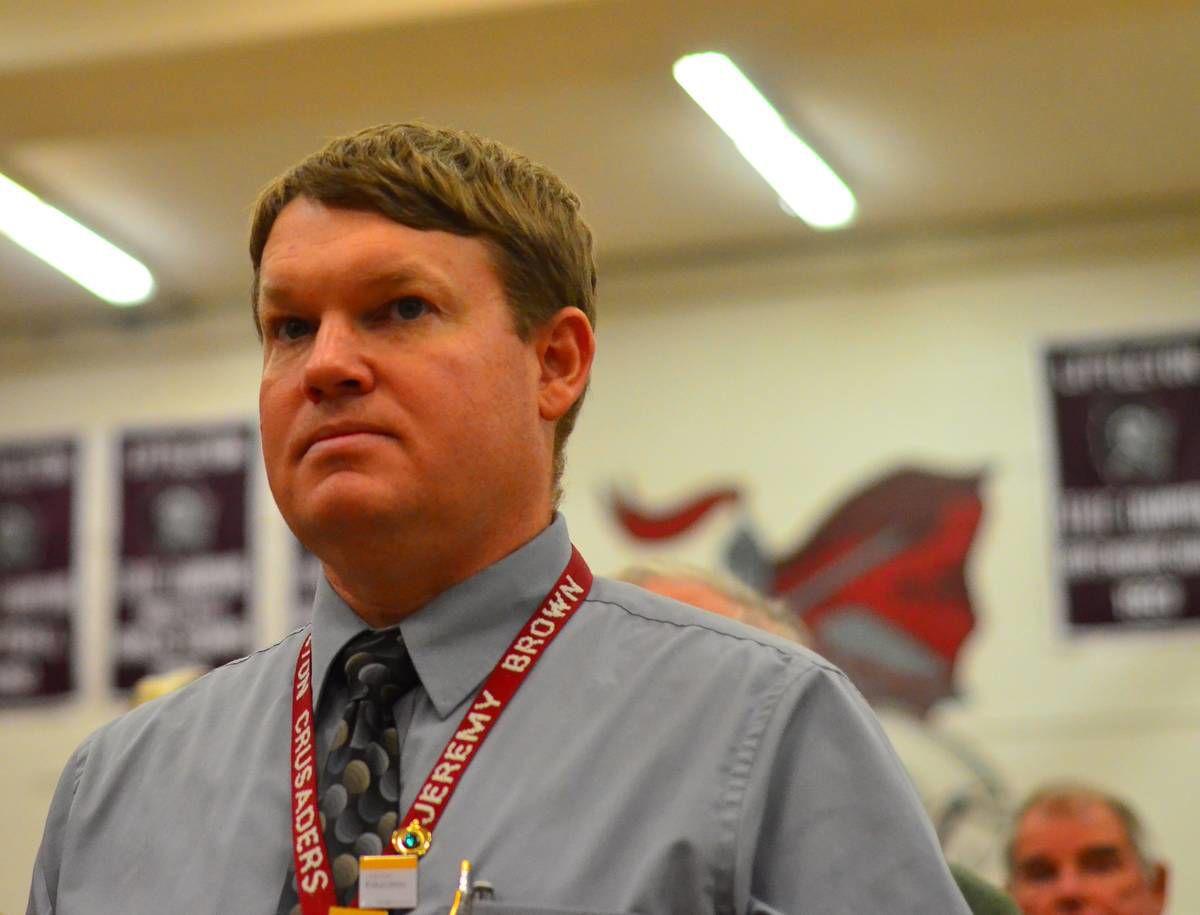 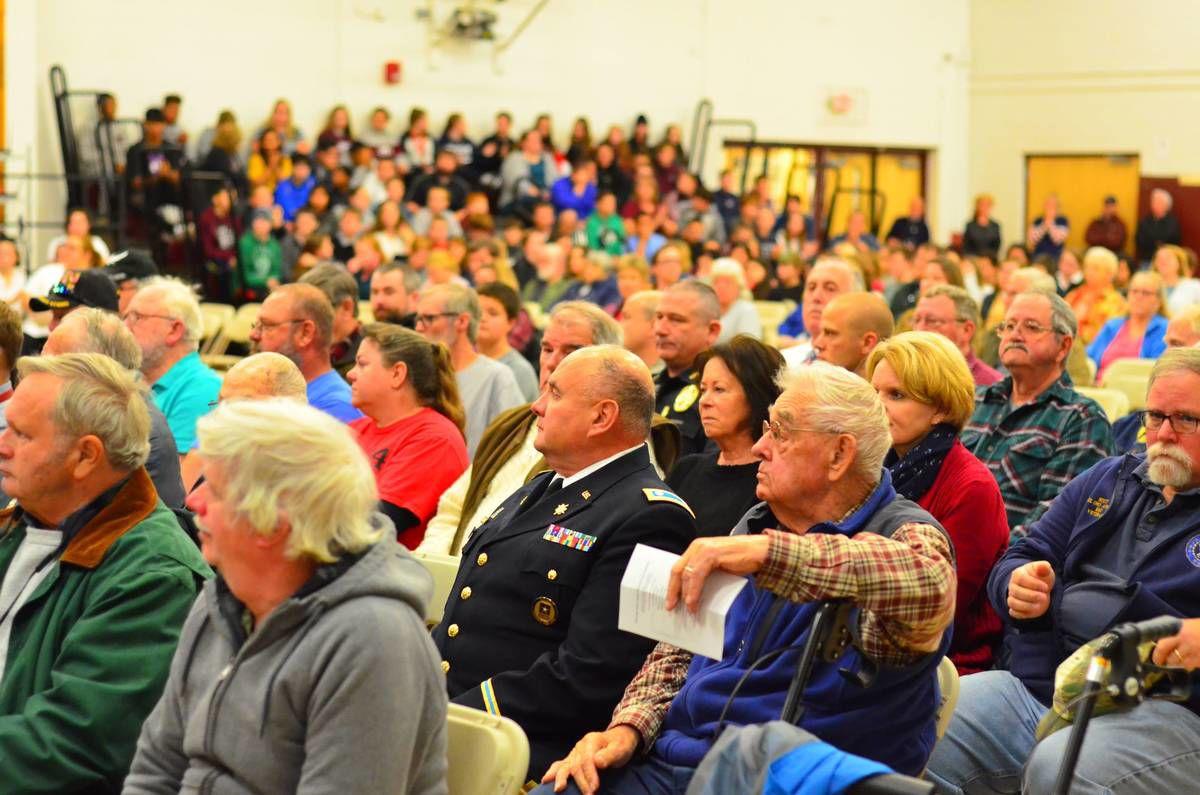 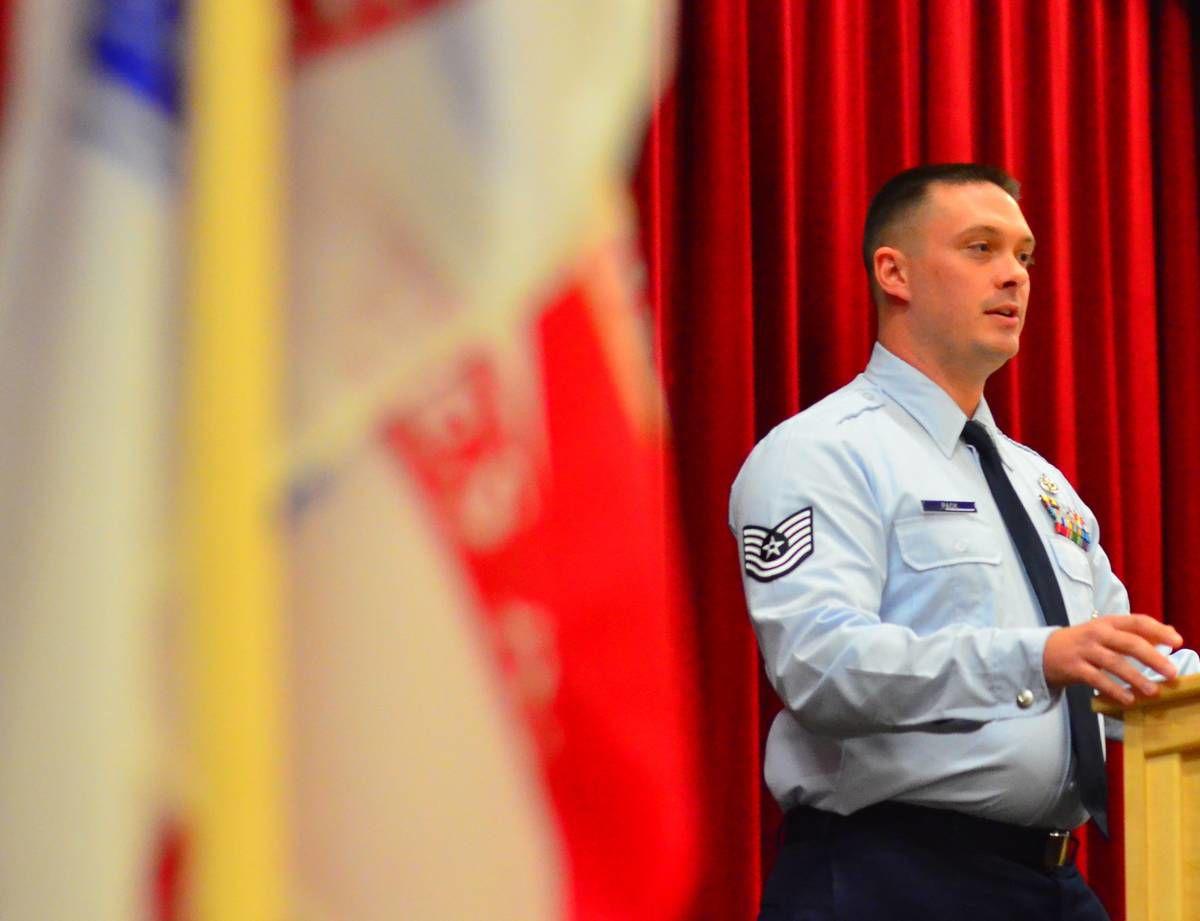 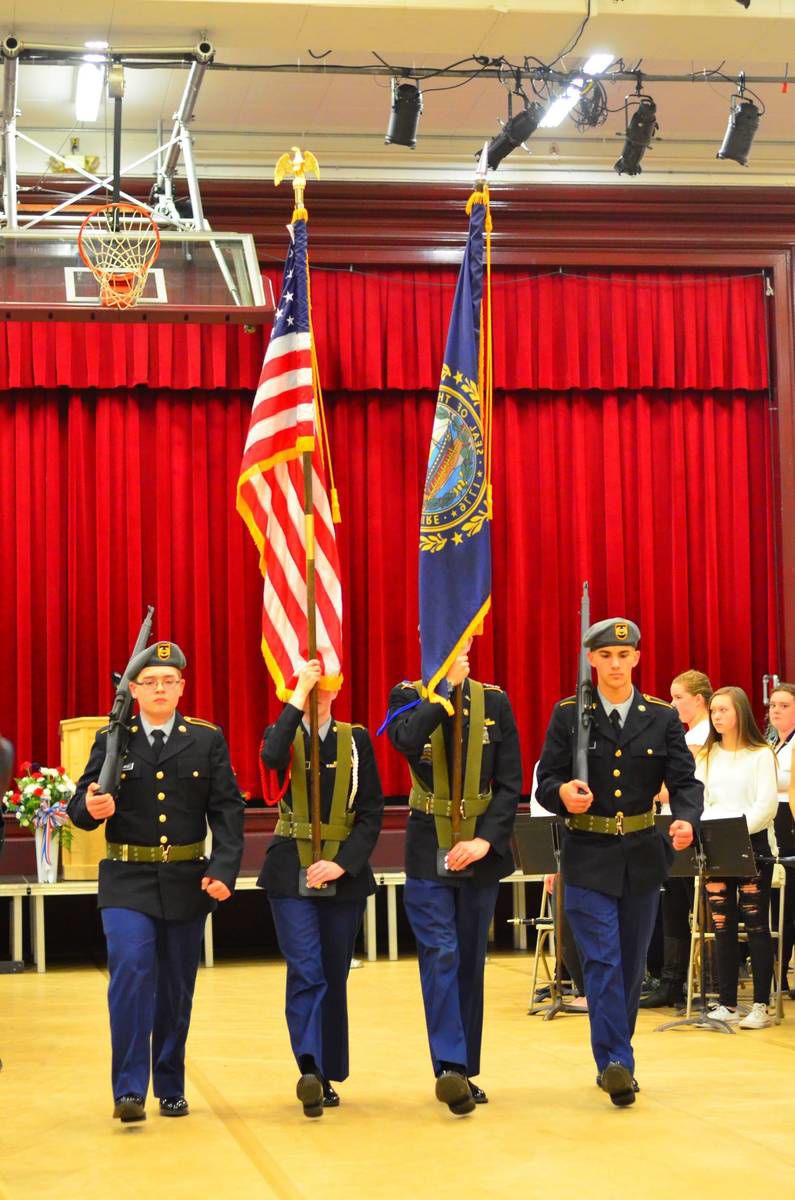 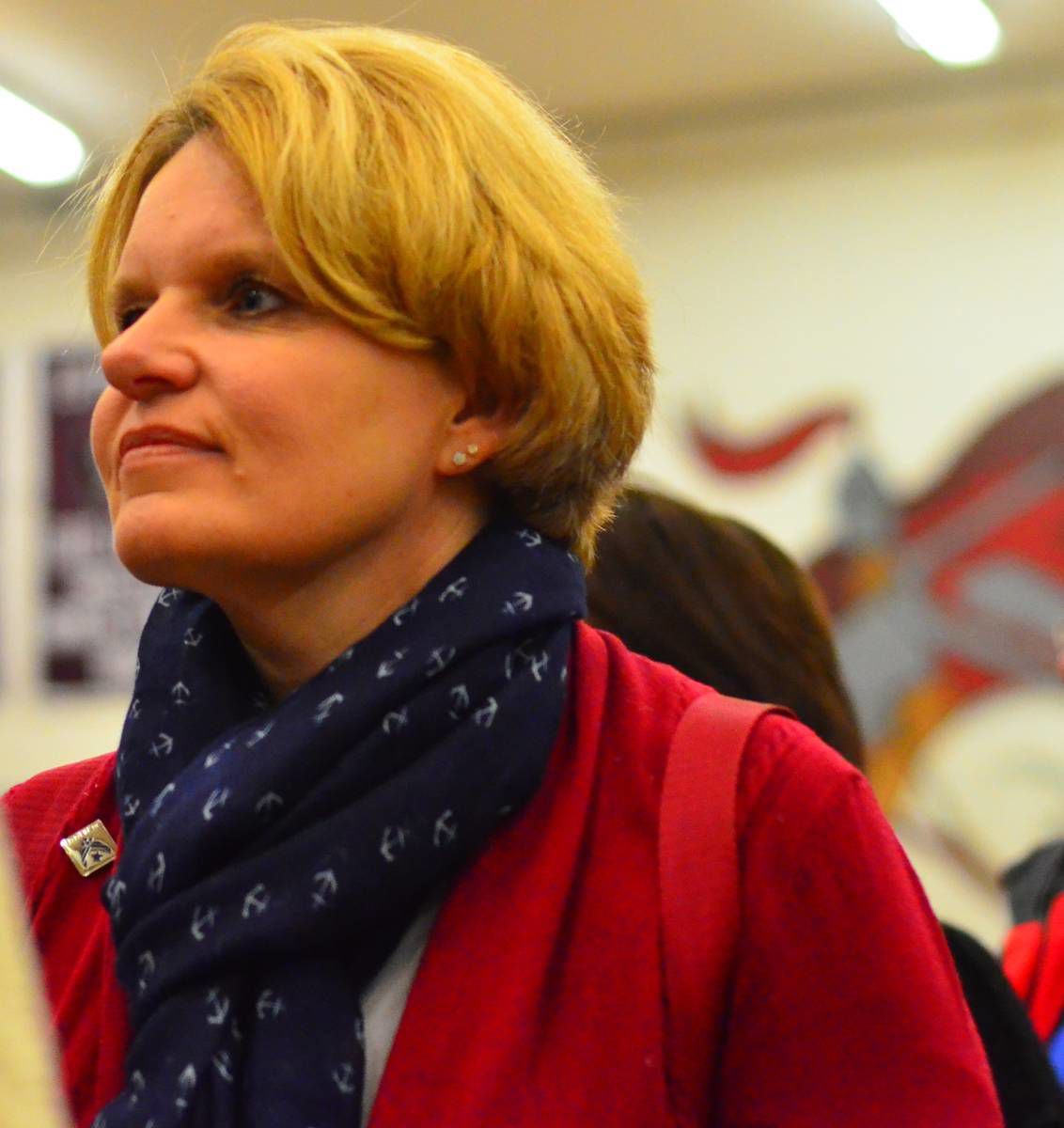 LITTLETON — Thanked for their service, sacrifices, and contributions to their country and democracy, about 50 area veterans were honored Friday during Daisy Bronson Middle School’s and Littleton High School’s annual Veterans Day ceremony.

“Today stands as a special day of remembrance in honor of the tireless commitment of the men and women who have served and are currently serving in our armed forces,” Jasmine Brown, LHS senior and among the school’s nine National Honor Society students organizing the ceremony, said in the introductory welcome address.

All branches of military service were recognized - Army, Air Force, Coast Guard, Navy, Marines - and all, including the 11 veterans working at the Littleton School District, were later asked to stand when the DBMS/LHS Band performed the anthems for each branch of service.

“These veterans that sit before us have unselfishly sacrificed their lives for our freedom, and on this day we celebrate their service,” said Brown.

Giving the Veterans Day reflection was LHS senior Austin Hastings, who said the veterans honored at the school sacrificed and served so their countrymen an women can continue to enjoy their freedoms.

“”Every day, we have the ability to choose the kind of food we want to eat, the clothes we want to wear, and where we want to work, along with countless other personal choices,” said Hastings. “We also do not live in constant fear of missile attacks, unlike some students in other parts of the world. This is the result of a strong and dedicated military. The veterans here with us today, along with the countless other veterans throughout our nation, at one point or another were protecting our freedoms.”

Hastings said he hopes some of this fellow students are considering a career in the military.

“I would like to remind you all to say thank you to our veterans,” said Hastings. “Not just today, not just this weekend, but every day. Recognize the time, effort, and sacrifice these veterans have done so you can enjoy and appreciate the life that you have today.”

When he was young, Pack said he looked up to those who served their country.

“I look up to each and every one of you, each one who held up the mantle,” he said.

To the students, Pack said, “As far as considering a career in the military, it is one of the most rewarding experiences you will have in your life.”

LHS senior Quinton Eastman, giving the student perspectives on Veterans Day, thanked all those veterans attending, including his mother, Tonya Eastman, an Air Force veteran of Littleton, and his grandfather, Bruce.

Eastman then read the responses from students when they were asked, “I am thankful to veterans because …”

“They made hard sacrifices in their life in order to make the world a safer place.”

“They fought for us, getting little in return.”

“They fought for our country, and without them, we probably wouldn’t have our freedoms, freedom of speech, freedom of the press, and much more.”

“They have fought and acted selflessly and courageously so that we as individuals can live in a safe land.”

When asked what they would tell a veteran if they had the chance, responses included, “Thank you for everything, you are loved forever by all of us.”

In the principal’s address, co-written by LHS student Peyton Silvers and titled “Celebrating Veterans Today and Always,” LHS Principal Jennifer Carbonneau spoke of a project students did with area veterans, interviewing them to learn of their experiences.

“Sometimes we might lose sight of how valued our American ideals of life, liberty, and the pursuit of happiness are,” said Carbonneau. “We are here celebrating the individuals who have allowed us to realize these ideals generation after generation.”

She said she often finds herself thinking about the future of her students and their ability to find a sense of unity in their community.

The hope, said Carbonneau, is that students can reflect to learn and respect their peers and elders throughout their high school experience and embrace differences and be considerate of the feelings of others.

“Although we should always keep our future in mind, it is also important to have an understanding of our community’s past,” she said. “Today, we sit among some of the greatest heroes in our township. We are honoring them for their bravery and dedication to protecting our lives, while risking theirs. They are the true heroes of our community and the protectors of our American ideals of life, liberty, and the pursuit of happiness.”

Veterans Day is officially recognized on Nov. 11, which this year falls on Monday.

Originally known as Armistice Day, it was first recognized in 1919 to commemorate the one-year remembrance of the end of the First World War.