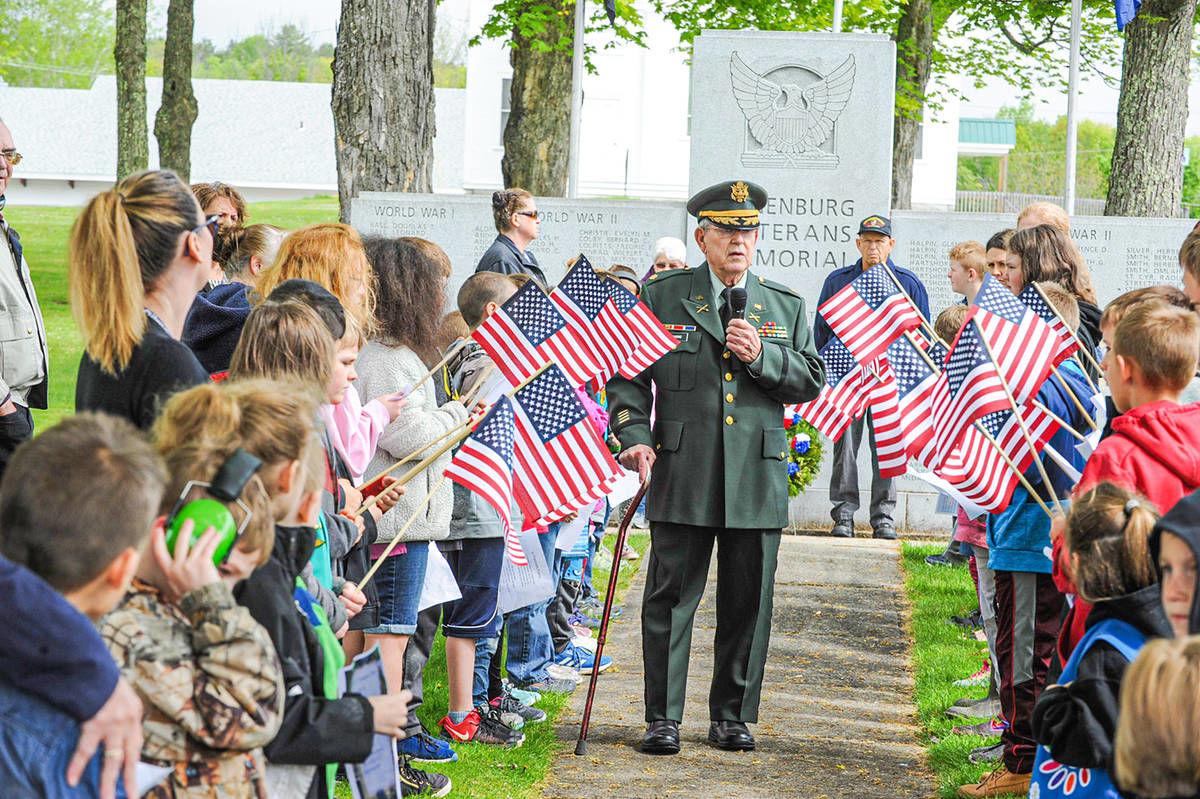 In this file photo from Memorial Day 2019, Major Malcolm Downing addresses a crowd while standing among the Lunenburg School students gathered in the park. (Photo By Arlene Allin) 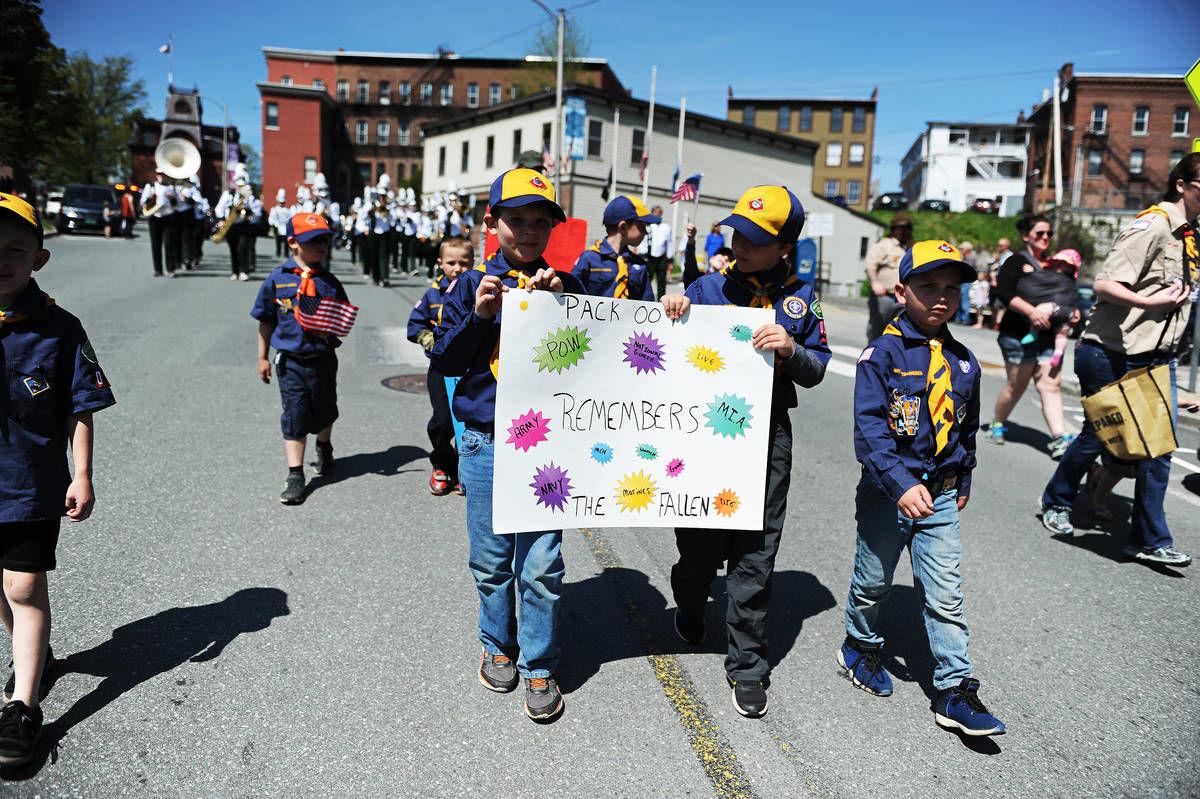 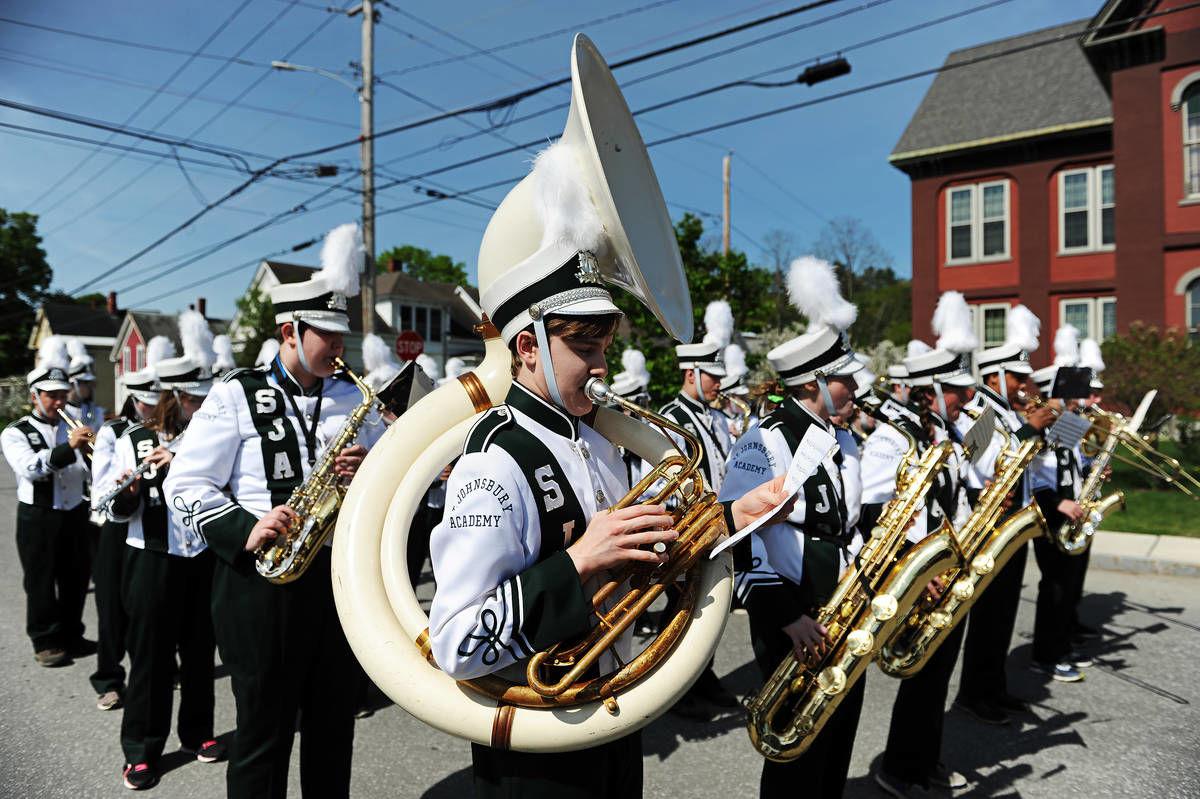 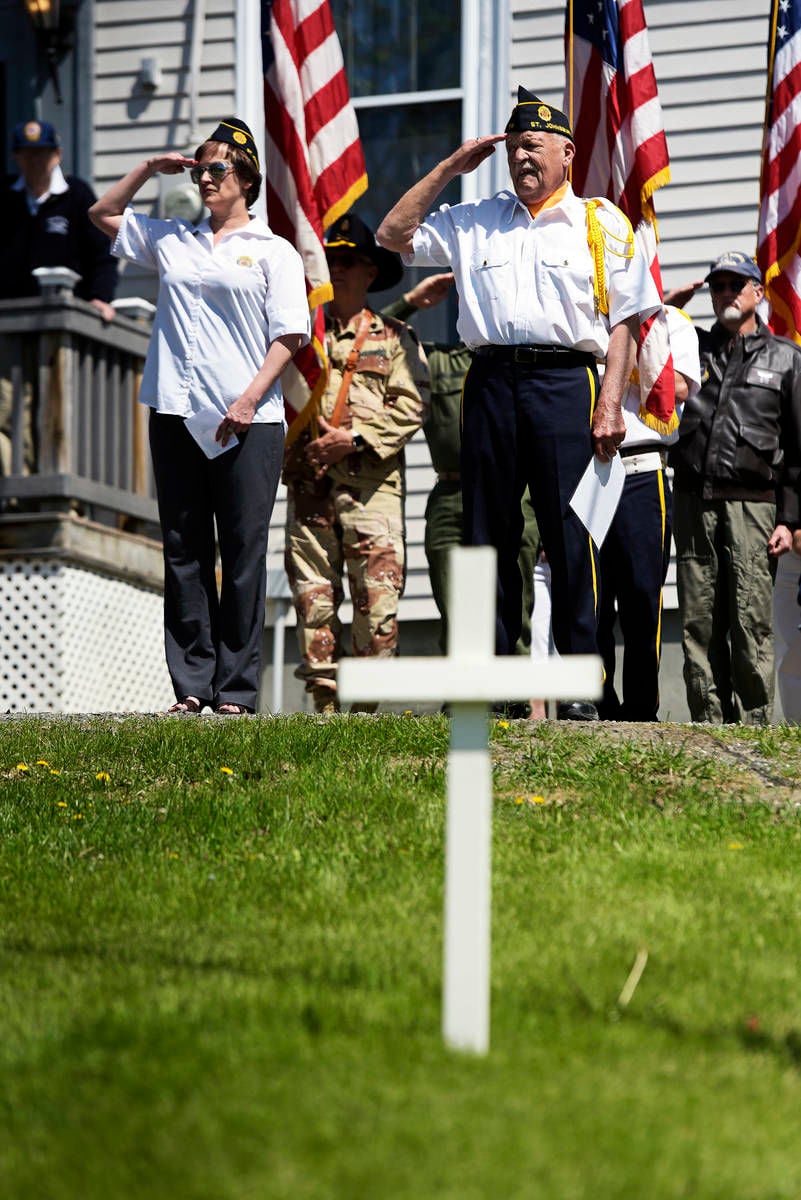 In this file photo from Memorial Day 2019, Major Malcolm Downing addresses a crowd while standing among the Lunenburg School students gathered in the park. (Photo By Arlene Allin)

Each Memorial Day people are encouraged to gather and honor the memory of military men and women who fought for the country, but this year the perceived threat of a pandemic has government officials directing people to avoid gathering together.

Many local communities under the direction of American Legion and Veterans of Foreign Wars posts have Memorial Day traditions that serve to commemorate the day through ceremonies and parades. Observances this year, however, are being muted considerably or canceled altogether.

The Newport Memorial Day commemoration, led by American Legion Newport Post 21 and VFW Post 798, that traditionally includes a parade and service in Gardner Park is not happening this year.

The normal observances in Lyndonville, led by American Legion Post 30 and VFW Post 10038, that include a ceremony in Memorial Park, a parade and a wreath-throwing ceremony on Lyndon Center Bridge, are not happening. Legion Post Commander Mike Nelson said he is working on a plan with others to mark the day in smaller way.

The Sons of the American Legion in Lyndon, led by Daryl Degreenia, commander, will install flags on Depot Street Monday and have a flag-raising ceremony at 9 a.m. at the Lyndon Center Cemetery.

Nelson said Memorial Day is a day worthy of ceremony. “It’s very important,” he said. “I did not serve in a war, but I was combat ready (Army National Guard, 1990-2001). For the people who have fallen, I have all the respect in the world for them. We wouldn’t have what we have today if it weren’t for them.”

The Legion in St. Johnsbury is also planning events on Memorial Day, but on a much smaller scale. The traditional wreath-throwing ceremony will take place on Veterans’ Memorial Bridge on Portland Street at 10 a.m. The assembly will then make their way to the Courthouse Park for a wreath-laying ceremony at 11 a.m. The two locations will include the playing of “Taps” by perennial bugler Debi Smith, and a gun salute by a firing squad. There will be no parade, which typically draws crowds and parade participants to include the St. Johnsbury Academy Band.

There will also be no St. Johnsbury Band performance. “It will be the first time we have not participated in over 100 years,” stated Dave Hare, band manager.

“For the most part there’s obvious frustration, but most everyone understands it’s what has to happen right now,” she said.

Post members are neither encouraging or discouraging people from showing up at any of the ceremonies, but if people do attend they are advised to take precautions.

“We ask if members of the public wish to attend the Ceremonies that everyone practices appropriate social distancing or view from your vehicles,” noted the information from the John W. Weeks VFW Post in Lancaster. The ceremonies on Monday in Lancaster include an 11 a.m. ceremony at Soldiers Park; 11:15 a.m. Main Street Bridge; 11:30 a.m. at Cross Park; 11:40 a.m. at Centennial Park; noon at John W. Weeks VFW.

Lunenburg veterans will host a Memorial Day observance on Saturday, May 30 at 10 a.m. on the Lunenburg Common. The outdoor space is large, allowing for those attending to keep their distance from non-household members.

“This annual event is a time to gather as a community to remember and honor all veterans who have died while defending our nation and its values. It is a day to remind ourselves and others that freedom does not come free and easy; significant prices have been paid for our liberties,” noted Christine Lingley, a member of the Top of the Common Committee and Lunenburg Historical Society.

Post members in St. Johnsbury are also planning to gather at Courthouse Park on Saturday, May 30, which is the original date for Memorial Day. The ceremony that day will be for a dedication of a monument honoring those military men from St. Johnsbury who died in wars since World War II.

Three names are being added to a blank side of the marble WWII memorial. They are Sgt. Paul D. Lacroix, SP4 Bruce A. Paquette and 2nd Lt. Joseph D. Fortin. Lacroix (1970) and Paquette (1967) were killed in Vietnam. Fortin was killed in Iraq in 2009.

Tom Gandin, of Gandin Bros. Inc in South Ryegate, is doing the work on the stone. He will sandblast an inscription, conflict names, names of the men and stars, as well as recesses for six bronze seals: the Great Seal of the United States and seals for each of the country’s military branches. Gandin said the seals are being done by a company in Florida. As of Thursday they hadn’t arrived at his shop, but he expected them Friday. He plans to work on the stone next week and have it ready in time for the unveiling on May 30.

The Post, working with Martin Fortin, father of Joey Fortin, started a Go Fund Me page to raise money to do the memorial work. The goal was to raise $5,000. As of Thursday, between the Go Fund Me page and mailed contributions to Post 58, nearly $6,500 had been raised, said Marshall.