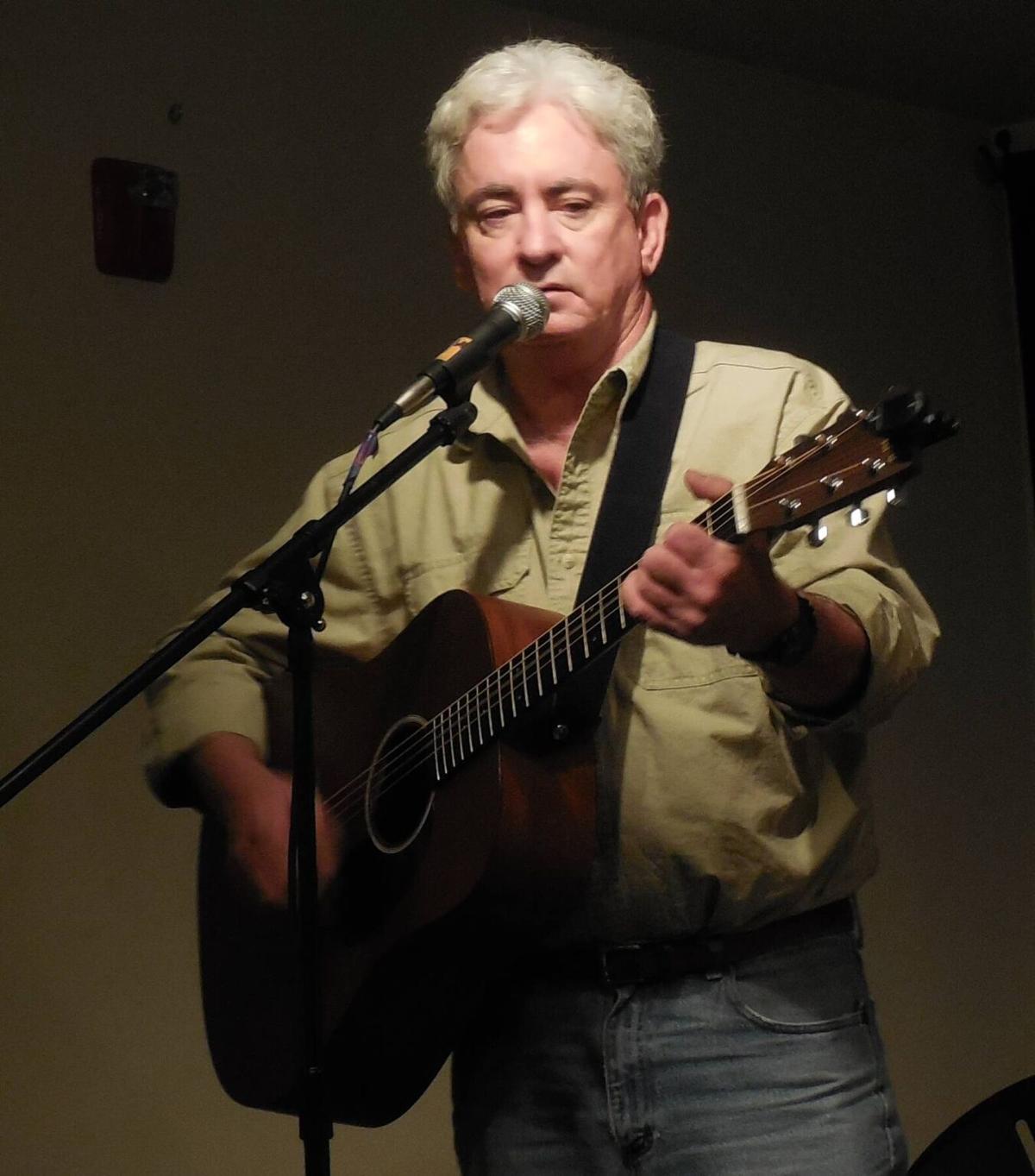 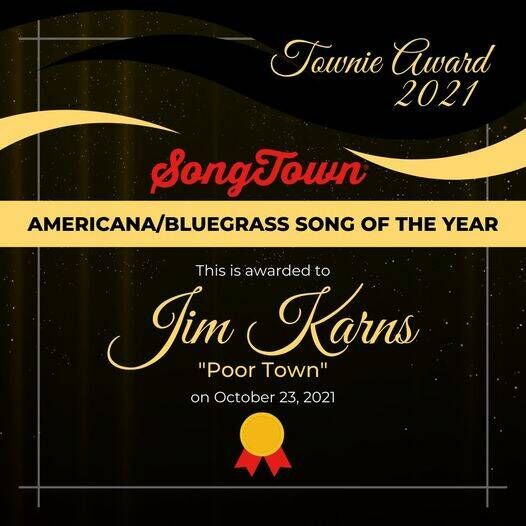 WEST BURKE — Jim Karns has been songwriting and playing music since he was a teen.

He’s had a number of near-hits along the way. But few have been bigger than Poor Town an original work that recently won a Townie Award at a recent SongTown event.

The song tied for first place in the Americana/Bluegrass Song of The Year category. Karns was taking part in the virtual event, which typically would be held in person in Nashville where SongTown is based.

“I haven’t had any album hits, but I’ve gotten close,” said Karns, who continues to produce demos and submit his songs to publishers in the Nashville circuit. “I’ve had some interest in several songs that I’ve written. One of my publishers emailed me a couple of weeks ago and said he had gotten a phone call from a gospel artist down there who was interested in recording one of my songs.”

Karns said, “I’ve done songwriting for a long time … the first song I wrote seriously to play was probably back in the 70s, working for a Holiday Inn band in Baltimore, and I wrote a song for a female singer to sing.”

He played in a southern rock band in Jacksonville, Florida, in the 80s, he said, before he took a break to work. Karns was a law clerk and worked at Lydall (then Vermont Aerospace). He returned to serious songwriting around 2003.

“I have a little home studio,” he said. “I write songs and get them demoed. In fact, I’m doing another demo this evening for a song… I just do that and I send them to publishers and see if anybody is interested in pitching them.”

Kingdom All Stars Music To Be Featured On Radio And TV

The inspiration for songs can come from anywhere, said Karns. For Poor Town he said he was “… looking at some old fabric mills down south and just pictures of different things, and because I’m adopted and all my relatives are from down in North Carolina and Virginia, going back to the 1700s, I was looking at some stuff about that area, and I came across a picture of a mill somewhere down in North Carolina that was on fire, it burned … so I was thinking about … a situation where you have this little town and the mill is there and that’s about the only place that people have to work, and then it burns and then you have this little town with no jobs anymore.”

He said it’s nice to be recognized and may lead to more interest in his work.

“Which isn’t necessarily a good or a bad thing,” Karns went on. “When you’re writing for a commercial market, you’re not interested in what songwriters think about it; you’re interested in what somebody thinks about it when they’re listening to it on their way to work … it’s a totally different thing than what a songwriter would think.”

Karns runs the Northern Vermont Songwriters group, which used to meet monthly at Catamount Arts, but has taken to the online Zoom platform since the pandemic arrived a year and a half ago. He also has performed in a few duos performing music locally including at farmers’ markets in the area.

This weekend, Karns will be heading to southern Vermont for the 10th annual Bennington songwriters’ workshop led by Steve Gillette, who wrote a few top hits for John Denver and other well-known artists. Only 10 people are admitted to the workshop, so Karns is looking forward to the opportunity.

Listen to Poor Town at www.reverbnation.com.

Congratulations Jim! We are so blessed to have you as our friend and neighbor!