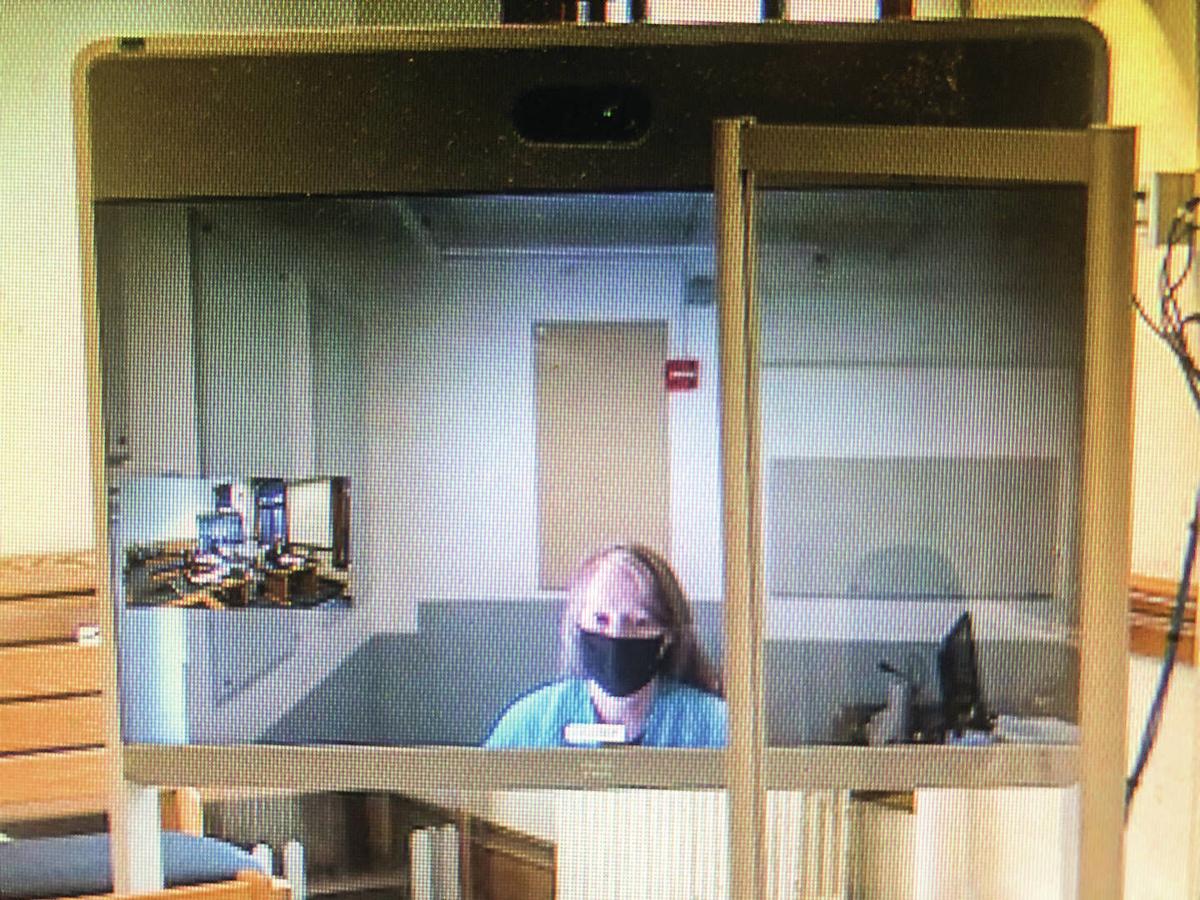 Jennifer Simard appears on a screen in the Orleans Superior Court on Wednesday, June 9, 2021, to plead guilty for causing the death of a Brownington man in 2016. 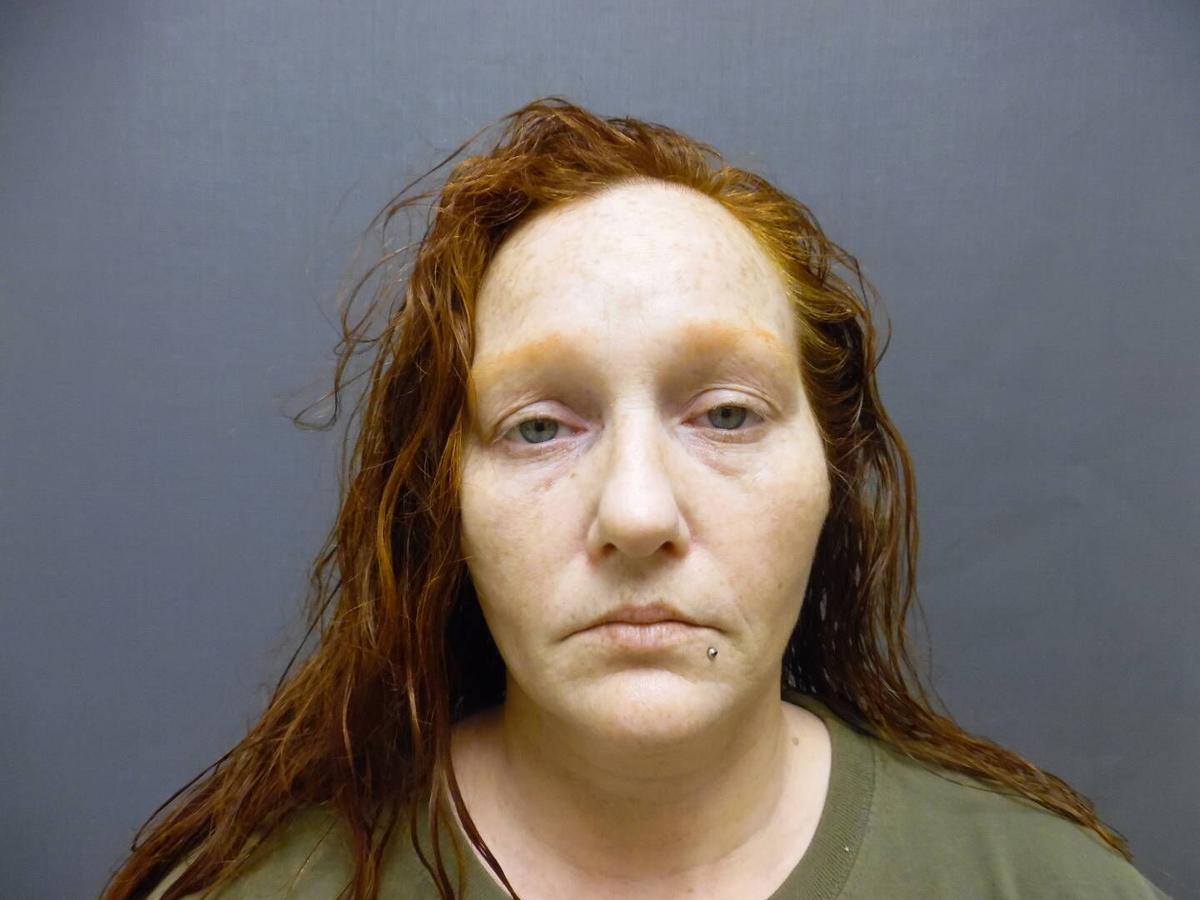 Jennifer Simard as she appeared in a 2018 mug shot 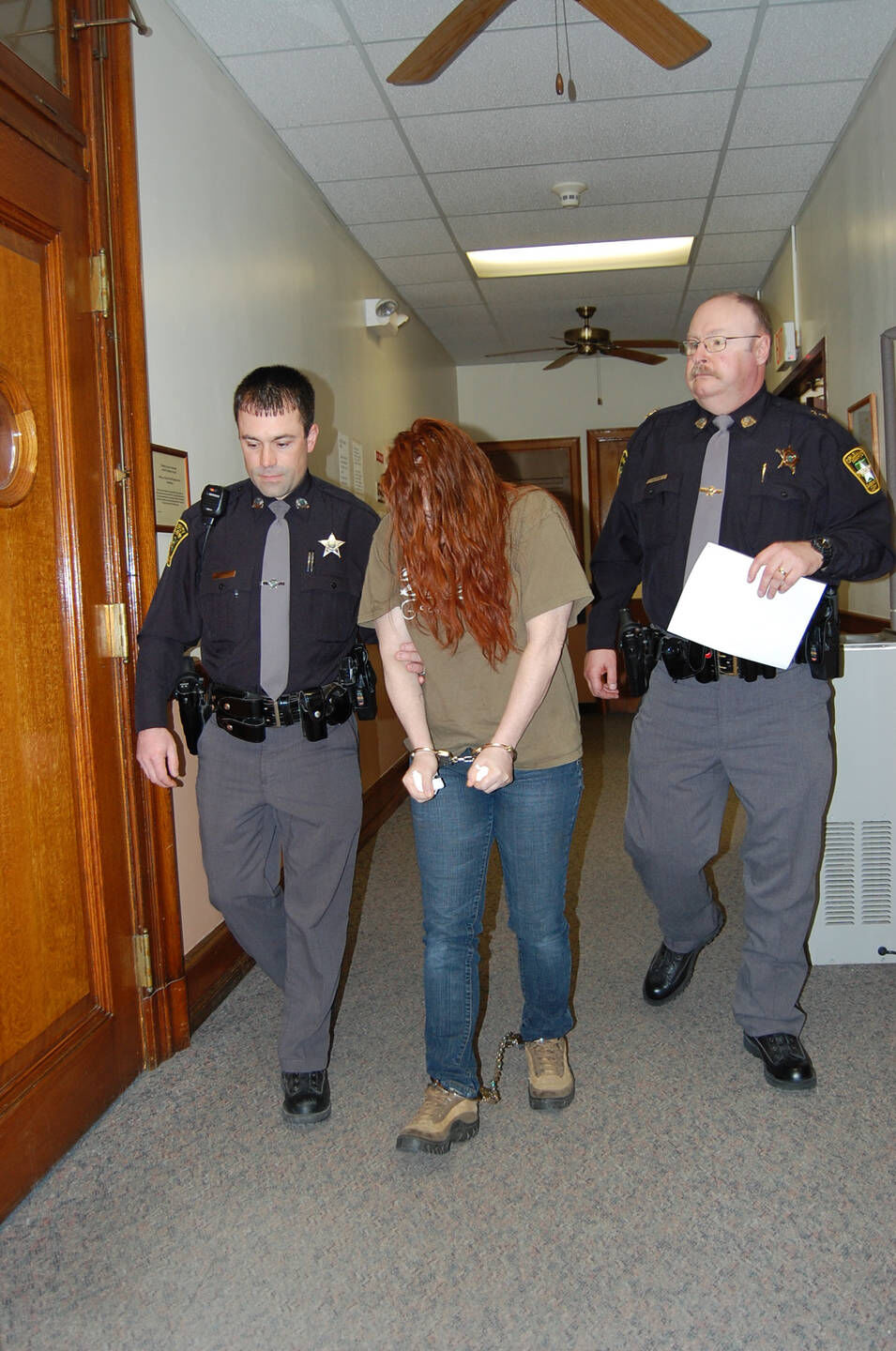 Jennifer Simard of Brownington is escorted out of Orleans Superior Court in Newport City in March 2018 after being charged in the stabbing death of Kevin Smith. (File Photo)

Jennifer Simard appears on a screen in the Orleans Superior Court on Wednesday, June 9, 2021, to plead guilty for causing the death of a Brownington man in 2016.

Jennifer Simard as she appeared in a 2018 mug shot

Jennifer Simard of Brownington is escorted out of Orleans Superior Court in Newport City in March 2018 after being charged in the stabbing death of Kevin Smith. (File Photo)

NEWPORT CITY — A woman was convicted Wednesday in the case of a Brownington man stabbed to death in 2016.

Jennifer Simard, 49, pleaded guilty to a manslaughter charge, admitting she caused the death of her former boyfriend, Kevin Smith, on March 28, 2016.

“I recklessly caused the unlawful death of Kevin Smith… when I brandished a knife, a lethal weapon, during a physical altercation with Kevin Smith,” noted Simard in a statement read into the record by Judge Gregory Rainville.

Simard appeared by video in the Orleans Superior Court case from a room inside the Chittenden Regional Correctional Facility. She has been jailed at the facility for about three years while the case against her was active.

It took two years from Smith’s death and a rare grand jury indictment before Simard was taken into custody in March 2018.

At the time of Smith’s death in 2016, Simard was questioned by police, but not held or charged in the case. Smith was found dead at Simard’s home on Route 58 near the Evansville Trading Post. Three months later, the Vermont Medical Examiner said Smith died from a stab wound to the chest, calling it a homicide.

Orleans County State’s Attorney Jennifer Barrett impaneled the grand jury of between 18 and 23 grand jurors living in Orleans County to hear the evidence. Following their indictment of Simard, Barrett explained that sometimes grand juries are called to provide a community perspective in complex cases. They have been a rarity in Orleans County.

A charge of second-degree murder carries a minimum prison sentence of 20 years with life in prison as the maximum. The sentence for a manslaughter conviction is between one year and 15 years imprisonment.

A pre-sentencing investigation will be done prior to a sentencing hearing. Sleigh and Barrett will make arguments related to the sentence recommendation and the judge will decide at a hearing once the PSI is concluded. It is expected that the PSI will take between 60 and 90 days to complete.

Sleigh said he hopes the process is expedited.

“She’s been in custody for three years so we’d like to get this done as quickly as we can,” he said.

Simard, wearing a mask, appeared composed throughout the change of plea hearing as Judge Rainville questioned her to make sure she knew she was waiving her right to a jury trial and that she knew what she was admitting with a guilty plea.

“You admit that you were the sole cause of Kevin Smith’s death on March 28, 2016?” Judge Rainville asked. “Yes,” answered Simard with some emotion in her voice.

The investigation into Smith’s death indicated there could be trouble if Smith tried to end his relationship with Simard.

In an earlier statement to the court, Barrett noted that Smith told a friend that he believed Simard would kill him if he ever left her. He was trying to leave her the day of the homicide, according to a police affidavit.

I predict this will likely be dismissed as a mistrial due to the biased and visual prejudice caused by the mask wearing requirement by the state..

Famous actors from District of Columbia

Average monthly payment amounts for the 10 most commonly-leased cars

States with the best internet access for online learning

25 movies that take place in a single location

Best whodunit movies of all time

Common home renovation projects with the lowest return on investment

50 photos from American life in the 19th century

History of workers' strikes in America

How each state uses its land