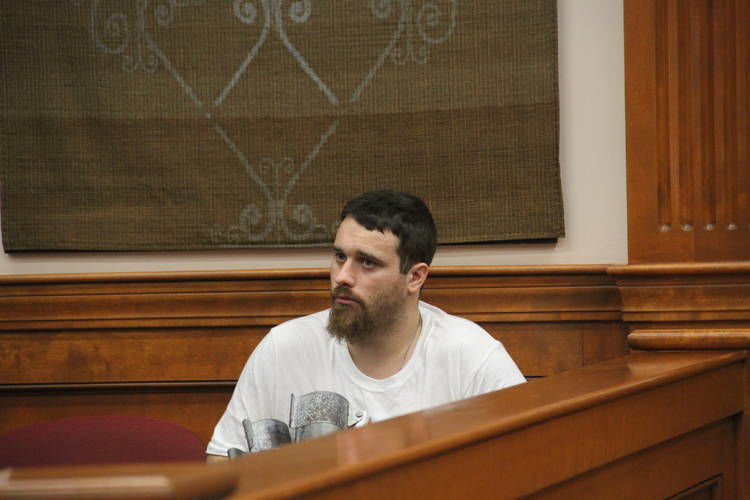 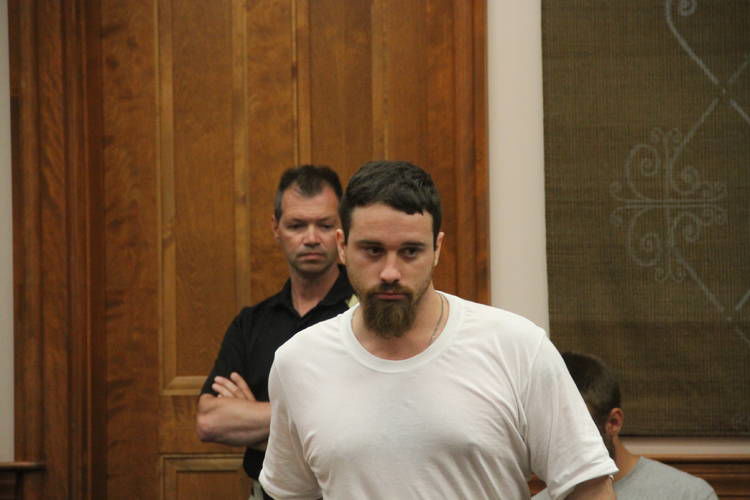 Allen Draper was charged on a Tuesday with murder and arson and held without bail in connection with the grizzly death of St. Johnsbury resident Tim Persons. Now police say Draper was violating court orders from his prison cell by the following Sunday.

That’s according to three new felony charges of violating of an abuse prevention order (VAPO) filed against Draper by the Caledonia County State’s Attorney’s Office Monday.

Draper, 30, is already being held without bail on the murder charges.

He pleaded not guilty to the new VAPO charges in Caledonia Superior Court on Monday. Judge Scot Kline set bail at $1,500 and conditions of release prohibiting Draper from contacting June Draper and ordering him to obey all family court orders.

The new charges, which allege Allen Draper illegally contacted his estranged wife, carry a combined maximum penalty of up to nine years in prison and $75,000 in fines.

A final relief from abuse restraining order extension protecting June Draper and her children was issued in Caledonia Superior Court by Judge Robert Bent on March 29, 2017.

The extension continued a protective order against Allen Draper originally granted by the court in 2015. It prohibits Allen Draper from having any contact with his family.

“He says he blacks out and doesn’t know what he’s doing but he does,” wrote June Draper in her 2015 request for court protection. “He makes threats and calls me names and says he will slice my throat too.”

Draper was charged in connection with Tim Persons murder and held without bail on May 22.

According to state police, Allen Draper went to Tim Persons’ house at 319 Crepeault Hill Road in the middle of the night on May 15, bashed Persons’ head with a radiator pipe then set the home on fire after Persons refused Draper’s demand for money to buy cocaine.

State police investigators were told by Vermont Chief Medical Examiner Dr. Steven Shapiro that soot was found in Persons’ trachea indicating that he was still alive and breathing at the time of the fire.

Police say Draper has admitted to killing Persons after riding his bicycle several miles through the night from the Pearl Street half-way house where he was living to Persons’ house while in the depths of “cocaine withdrawal.”

Draper has now been charged with felony charges of 1st degree murder, arson, assault and robbery with injury and three misdemeanor charges of providing false information to a police officer by trying to falsely implicate three other men in the crime, including his cousin.

Caledonia County State’s Attorney Lisa Warren has charged Draper as a habitual offender which could trigger enhanced penalties of up to life in prison due to his prior criminal record.

Police said Persons knew Draper from volunteer work he did at Covered Bridge Therapeutic Communities half-way house at 184 Pearl St. in St. Johnsbury where Persons’ was actively involved as a mentor and an organizer of community service projects performed by the residents.

According to court documents, Draper has a criminal record that includes five prior felony and 11 misdemeanor convictions including two for assault. He was on furlough at the time of the Persons murder. According to the Vermont Department of Corrections, Draper’s maximum sentence doesn’t expire until March 2026.

A new person of interest has emerged in the ongoing investigation into the murder of St. Johnsbury resident Tim Persons.