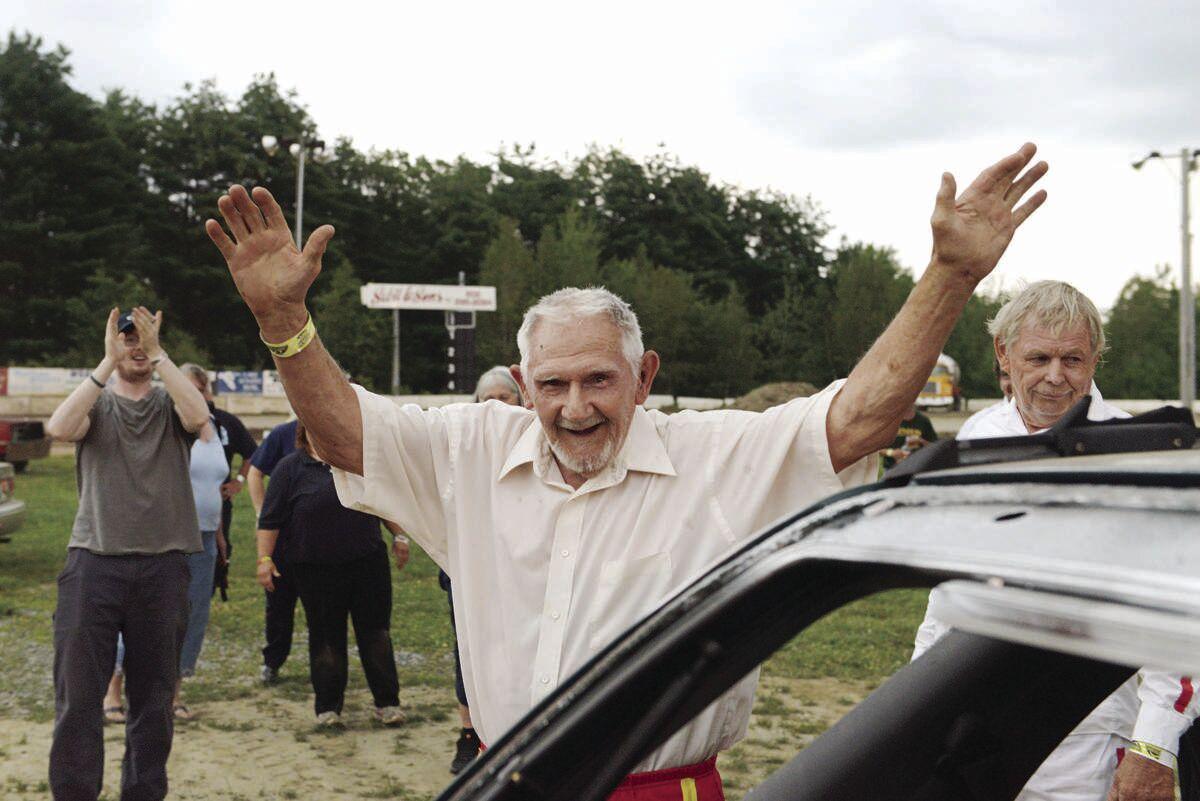 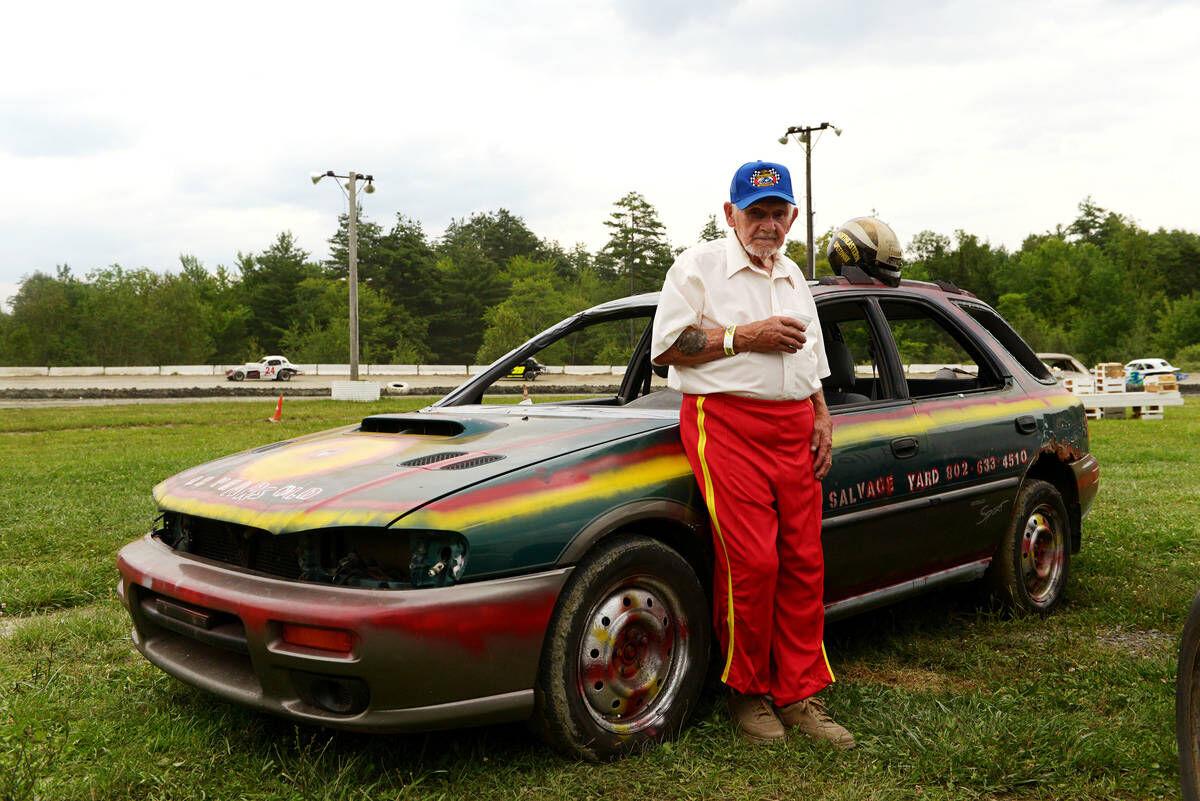 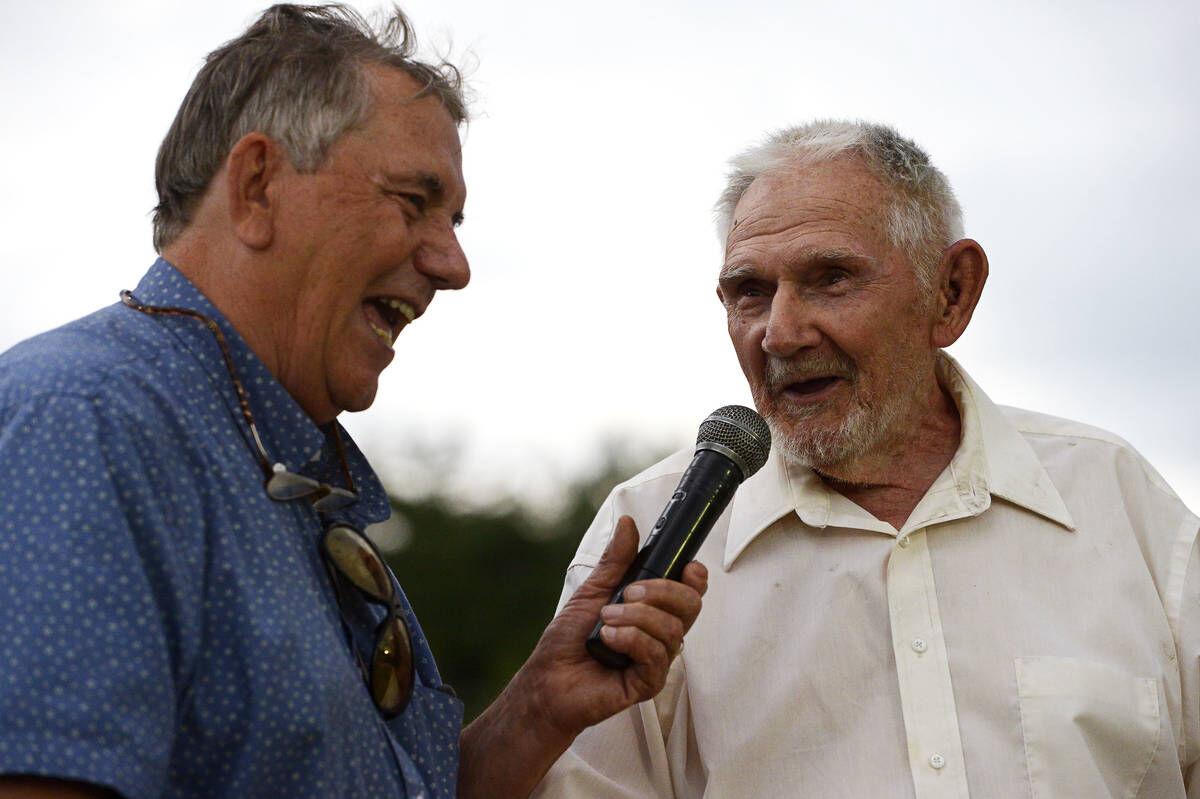 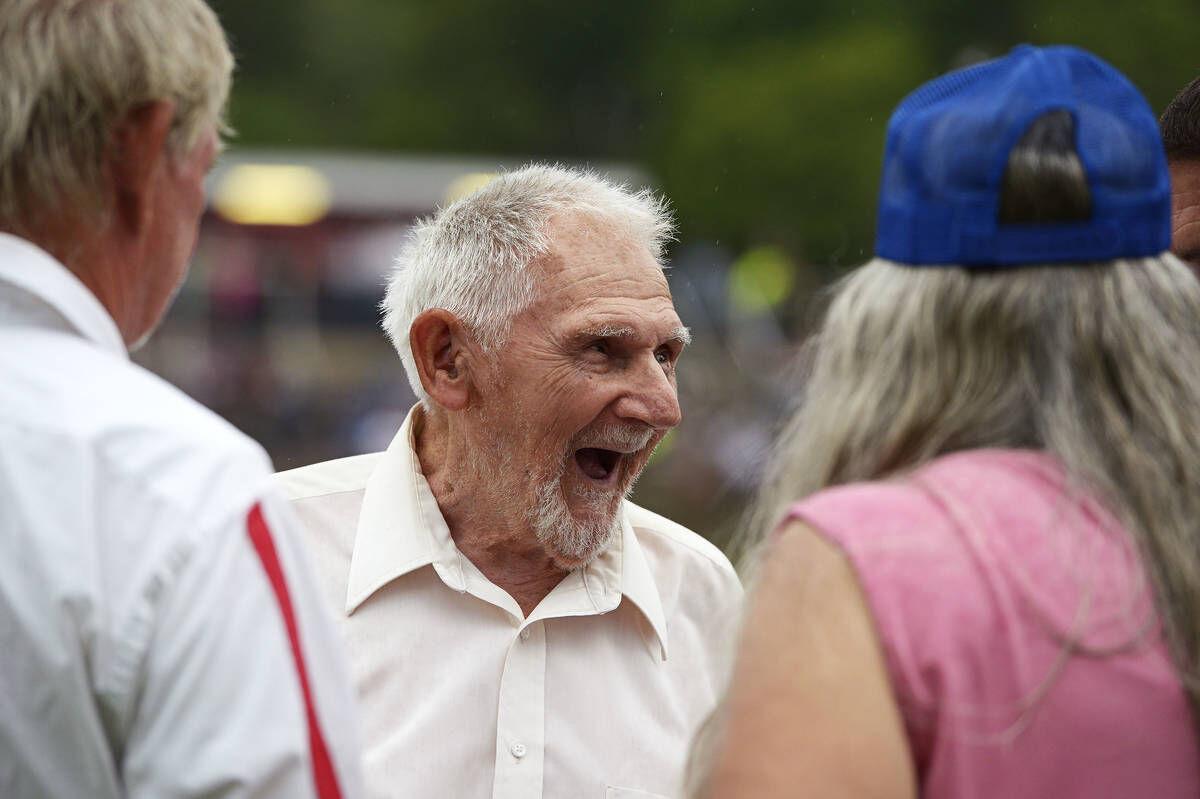 Edward “Pete” Racine, 95, of St. Johnsbury attempted to double-roll a car during the Monster Massacre-Monster Truck Show at Riverside Speedway in Groveton on Saturday.

The World War II veteran gave it a shot, driving onto a ramp in front of hundreds of spectators.

Unfortunately the car landed on its roof.

“I had this car that didn’t want to roll,” he said. “There’s nothing to brag about today.”

Racine attempted the stunt for the second time in three years.

On July 22, 2017, at age 92, he successfully completed a single rollover at Bear Ridge Speedway in Bradford.

Although the Guinness Book of World Record no longer accepts age qualified records, Racine will claim the world record until proven otherwise.

Racine is a former racer at Northeastern Speedway in Waterford who first rolled his car during between-race exhibitions. He figures he has successfully performed the trick dozens of times.

Had his rollover been successful, he would have followed with a T-bone: Driving into a sideways parked car at 45 miles per hour.

In a previous interview, Racine said his World War II experience (he fought in the Battle of Okinawa) helped him overcome fears of physical safety.

So rollovers are no problem.

“It’s always been a pleasure for me to do this. I never had a scared moment in my body, my pulse don’t change, my heartbeat don’t change, and I enjoy what I’m doing,” he said.

When the car landed on its roof, a portion caved in on Racine. Fortunately he avoided serious injury.

“I was told not to use this car, that the roof would come in on me, and it did,” he said. “The roof came in and hit my helmet. If it would have gone any further than that I would’ve ended up with that roof in my shoulders. I was hanging by my belt for quite a while in the car upside down.”

While he was handing upside down, his daughter Gloria Cass ran up to the car.

“It was kind of uncomfortable hanging there upside down with my face on the steering wheel,” Racine said. “My daughter looked in and got down on her knees and said ‘Are you OK?’”

She has accepted her father’s daredevil choices. She knows there’s no talking him out of it.

Racine had planned for it to be his final rollover. Now he’s not so sure. He doesn’t like the way this one turned out. He’d rather go out victorious, with his wheels on the ground and his hands raised overhead.

Said Racine, “I thought it was [my final attempt] but the owner of the track, I sold him my ramps, he said next year come around and I’ll have some cars ready for you. He said are you ready and I said of course. So we’ll try again.”

Tax protester in 2007 standoff: 'I didn't do anything wrong'

Boston mayor: Colleges must guard against spread of virus