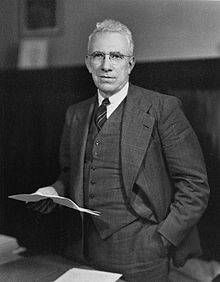 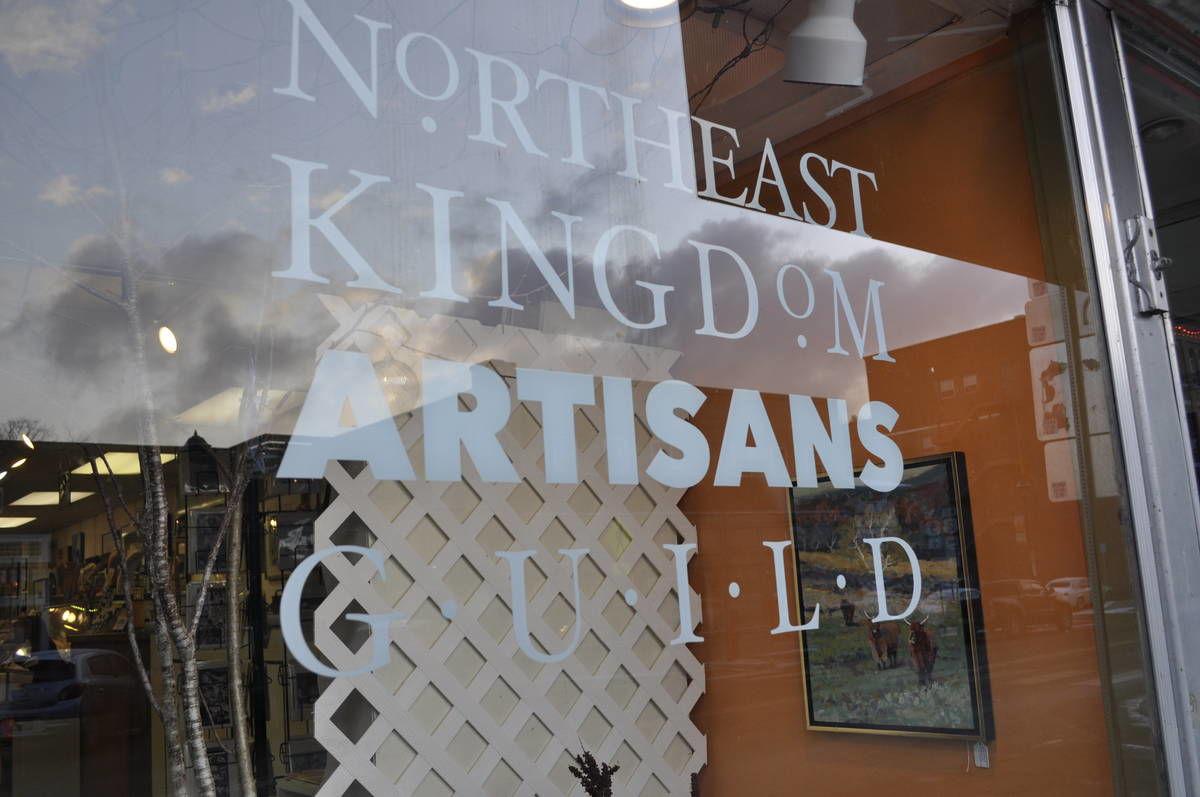 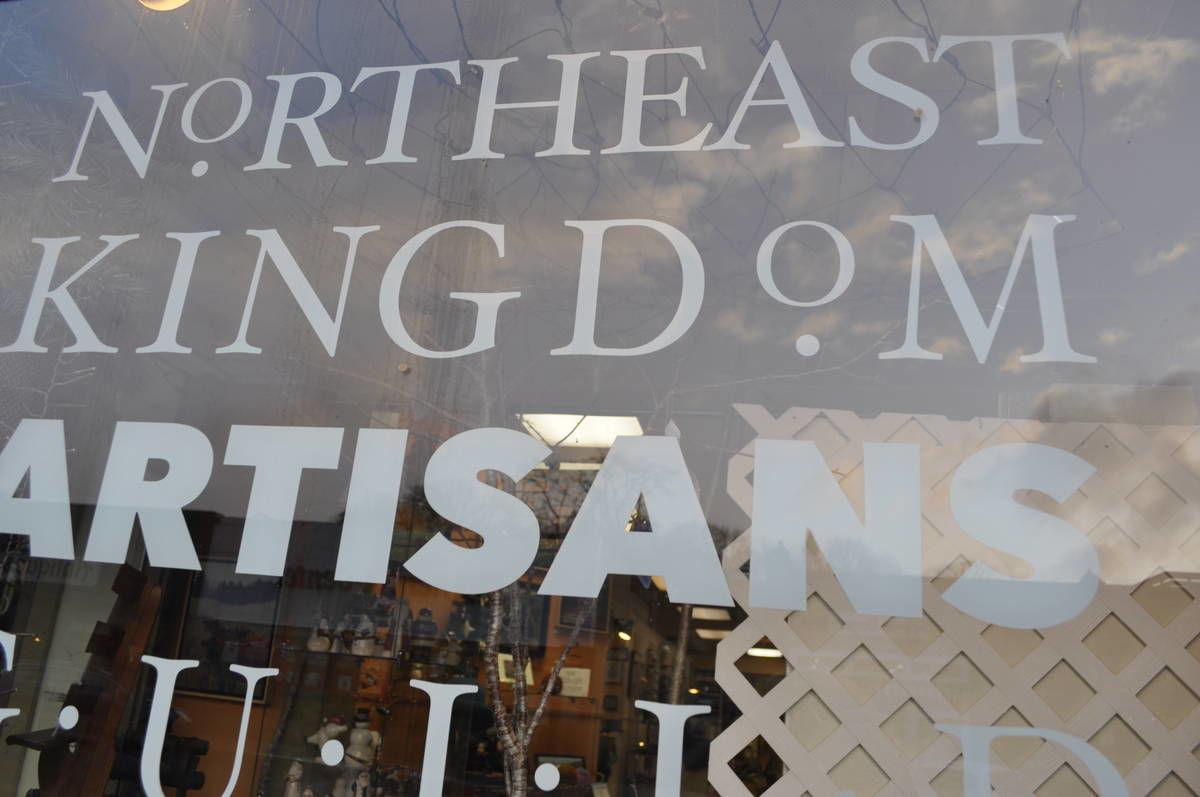 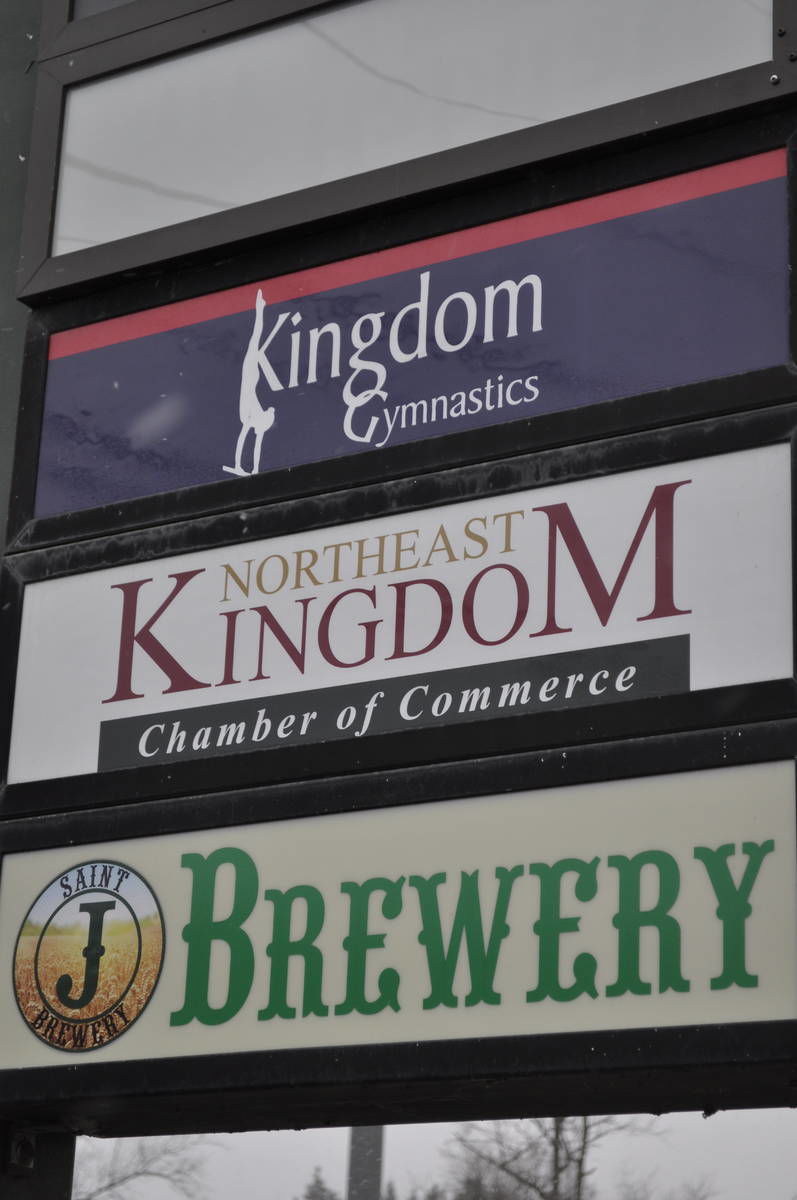 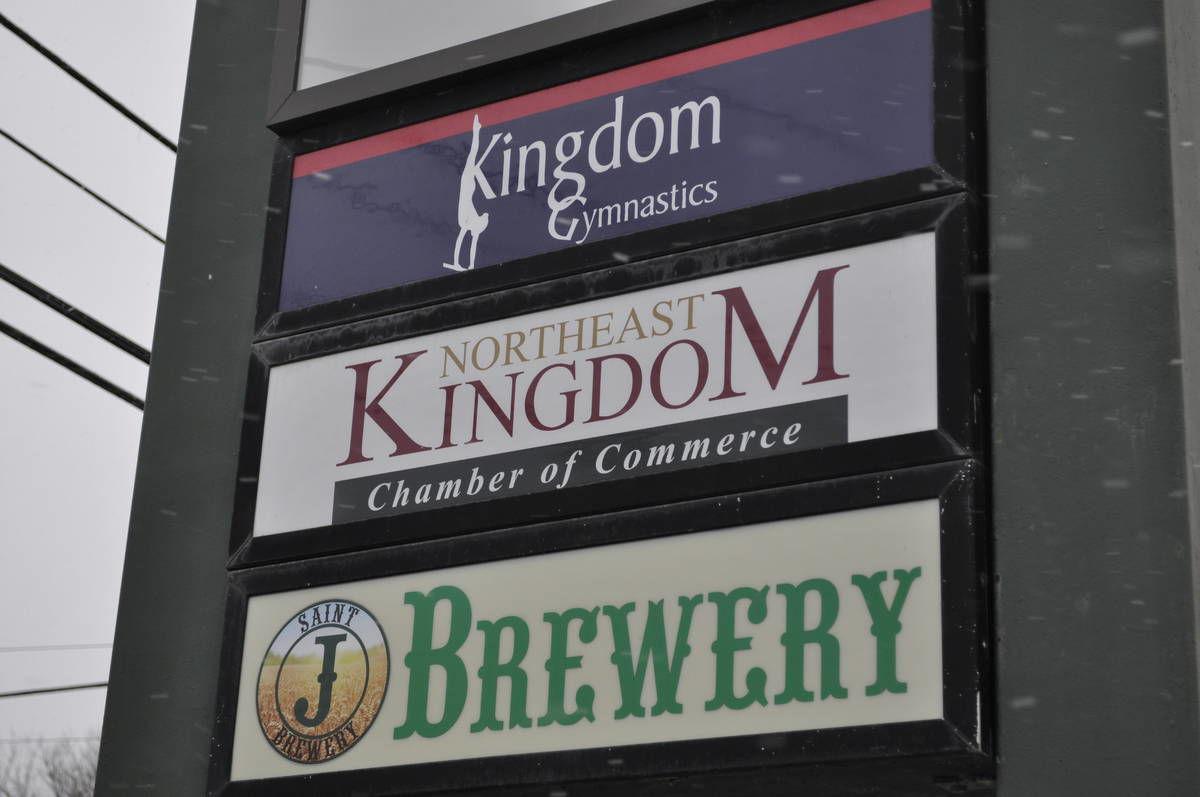 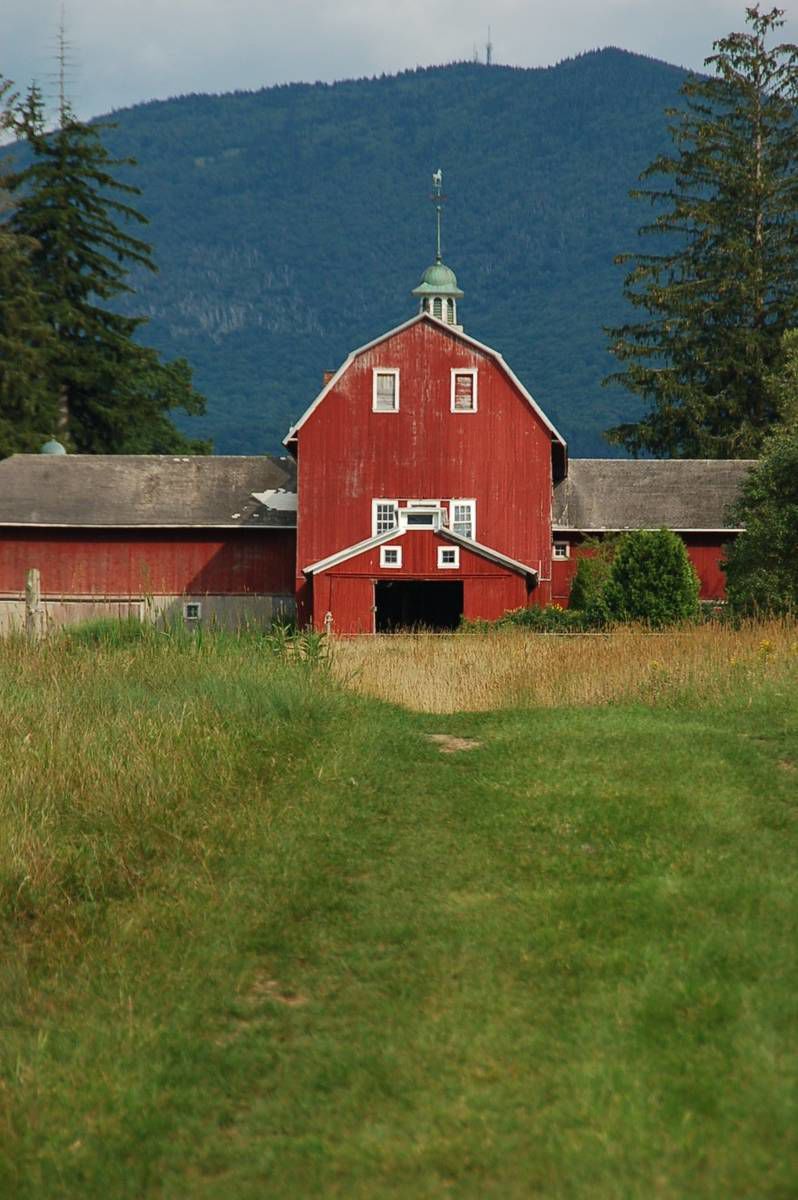 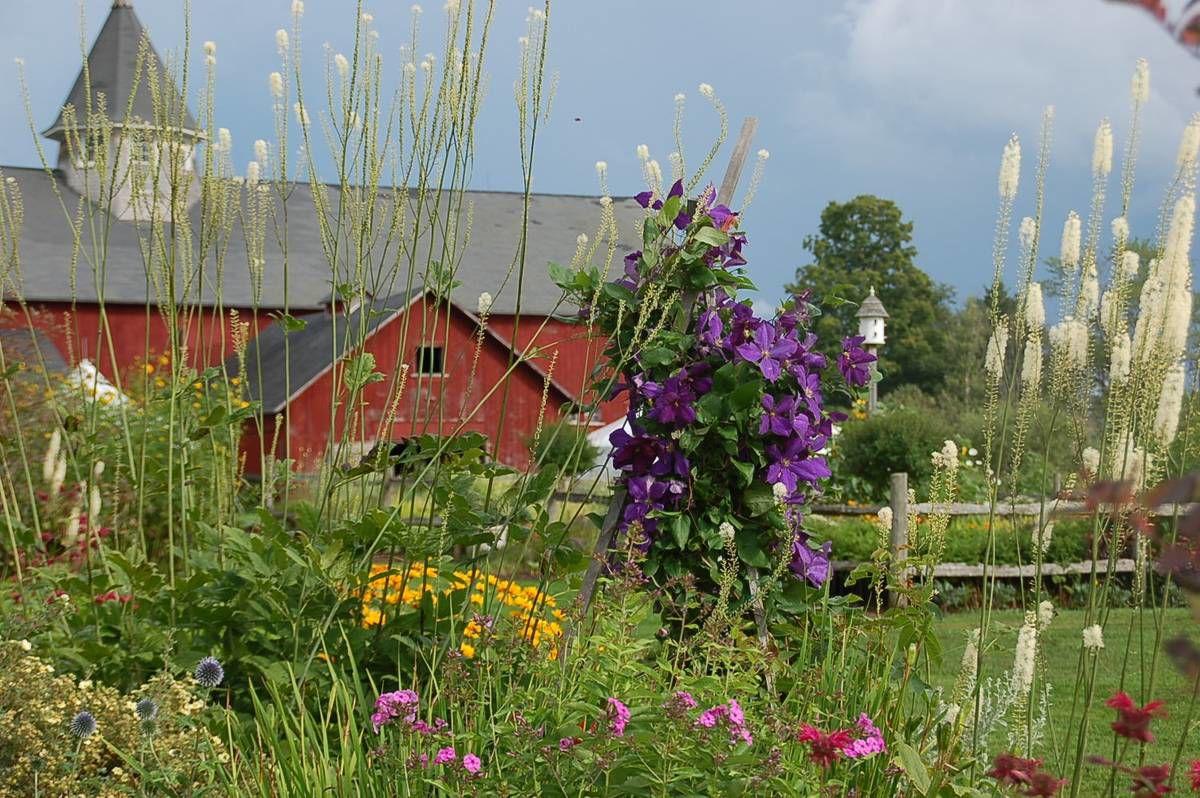 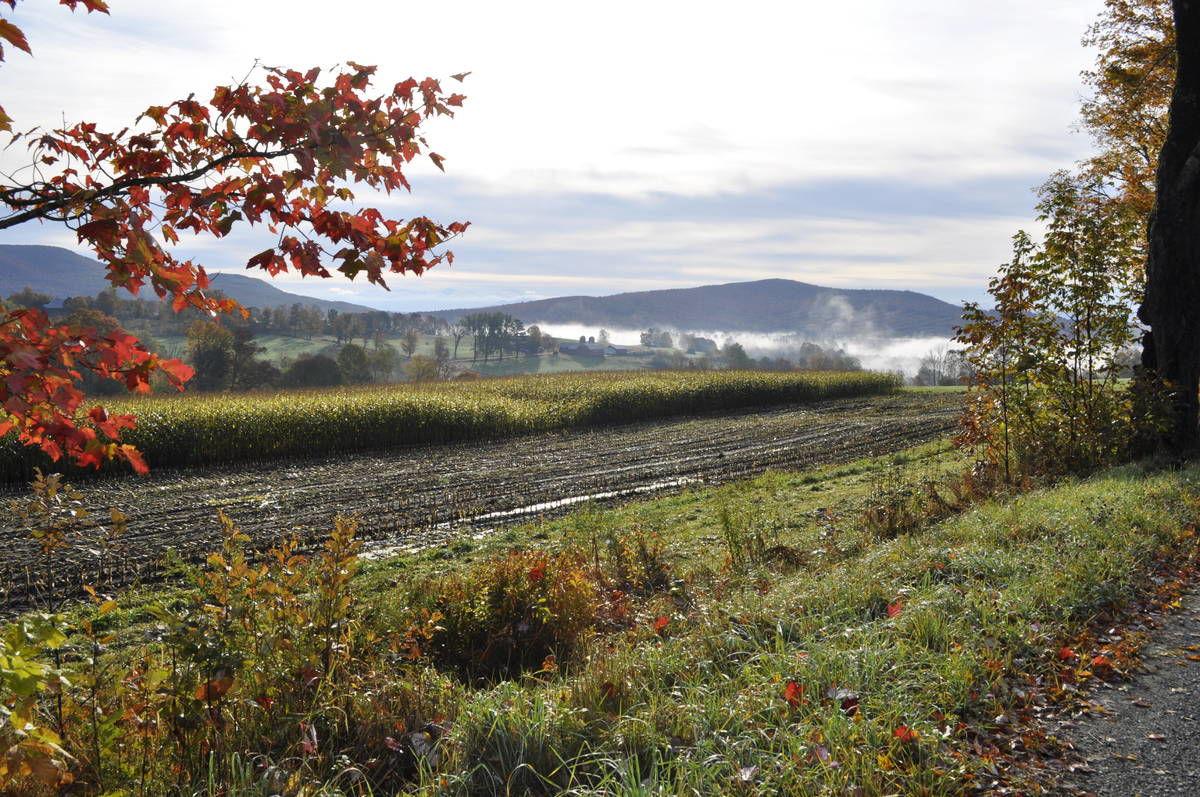 According to historic records from The Caledonian-Record of Nov. 10, 1949, Sen. George Aiken (who also served as Vermont’s governor) coined the term.

Today, more than 200 business names are listed with Northeast Kingdom in their registered names with the Vermont Secretary of State’s office.

The fantastical reference has, for decades, added a special feel to the most rugged, economically challenged region of Vermont which many residents and visitors would also argue is the most beautiful part of the state.

“The Northeast Kingdom evokes a very special feeling and place in people’s hearts, and the fact the name has stuck not just here but all over country is indicative of that,” Northeast Kingdom Chamber of Commerce Executive Director Darcie McCann said on Friday. “The landscape, spirit and independence of our people is what makes the Kingdom so special to so many, as our region is uniquely different from any place on Earth.”

The date on which the name stuck is the subject of some confusion, and has been reported in media from a website called Vermonter.com to Vermont Public Radio (VPR) as having taken place in March of 1949.

Last year, a resolution was adopted in the Vermont House and Senate, celebrating the anniversary of the naming of the Northeast Kingdom as having happened in late March.

That a story aired on VPR on March 24, 2009, titled “Aiken coined ‘Northeast Kingdom’ 60 years ago, is how a small group of NEK residents began gathering every year on that date the past handful of years to mark the anniversary, said Beth Kanell, who proposed the idea of a celebration.

How the name was assigned to the region, more often referred to by locals as “The Kingdom” has been written about far and wide, including in 1995, in the New York Times, in a piece titled “A Corner, A Kingdom, In Vermont.”

In that piece, writer Barry Estabrook quoted what Sen. Aiken said of the region, “You know, this is such beautiful country up here. It ought to be called the Northeast Kingdom of Vermont.”

Estabrook wrote, “The name stuck. It evokes the region’s beauty, mystery, remoteness and even the quirky independence that caused its residents to help send Mr. Aiken down to Washington for more than three decades. The Northeast Kingdom is what the rest of Vermont used to be before it made a self-conscious effort to appeal to tourists.”

That there’s been some apparent misunderstanding about the date that Sen. Aiken first publicly dubbed the region the Northeast Kingdom, “is not as important as to when George Aiken uttered the term, but the fact we celebrate the Kingdom year-round,” said McCann.

Caledonian-Record archives show on Friday, Nov. 11, 1949, a front page story headlined “Vermont Exports Costly To State, Says Sen. Aiken,” contained his location as being at The Darling Inn the day prior, Nov. 10, 1949 at a meeting of some 200 people in Lyndonville that day.

Confusing History Of The Naming Of NEK

Scott Wheeler, a native to the NEK and the publisher of Vermont’s Northland Journal, as well as a former state legislator, has a bit of an obsession with the accurate telling of how the Northeast Kingdom came to be known as such.

He shared a piece he wrote about the name for his monthly magazine, “I’m no longer sure whether he coined the name or whether his major role was helping popularize an already locally used term.”

Wheeler writes, “As the much-repeated story goes, including being repeated by me, Senator Aiken, who passed away on November 19, 1984, was the first person to utter the phrase, Northeast Kingdom. His use of the phrase came about at a meeting of community leaders and politicians at the Darling Inn on Depot Street in Lyndonville on November 10, 1949.”

Wheeler shared from his visits with Lola Aiken, the senator’s wife, who died at 102 in 2014, the following: “The Northeast Kingdom was just one of his favorite places in the world. He always loved the people up there. He used to say that many of the people didn’t have much of anything, or have big jobs, but they were always happy. They didn’t complain as other people would complain in the same situation. They just made do with what they had. The people up there didn’t put on airs and they always welcomed you.”

In 2009, Wheeler helped plan a celebration at the Goodrich Library in Newport for the 60th anniversary of the naming of the Northeast Kingdom, and he said he had the legislature issue a joint House and Senate resolution to recognize the milestone.

“It was during this process that the validity of Senator Aiken coining the phrase was questioned by legislative attorney Michael Chernick. During his research, he uncovered evidence that two other men coined the phrase,” said Wheeler. “However, in the resolution Chernick credited Senator Aiken with helping to popularize, it, essentially using his prestige to tell the world about the region.”

Wheeler went on, “According to Chernick’s findings, it was the now late Wallace Gilpin of Newport and the now late W. Arthur Simpson of Lyndonville who actually coined the phrase. One could say Gilpin was an Orleans County newspaper mogul. For several decades, he and his business partner, Franz Hunt, were the co-owners and publishers of at least four newspapers. Among them were the Orleans County Monitor in Barton and the Newport Daily Express in Newport. He also served for a time in the Vermont House of Representatives.”

“Simpson, a dairy farmer, served in both the Vermont House and Vermont Senate throughout his career in statewide politics, which stretched from 1923 to 1968,” writes Wheeler. “The highly respected legislator twice ran unsuccessfully for governor. Gilpin and Simpson were vocal advocates of the region.”

Gov. Aiken Began Referring to NEK in the 30s

A research librarian at Dartmouth College wrote to Sen. Aiken asking for clarification at one point, and Sen. Aiken responded on Jan. 18, 1982, less than two years before he died:

Thank you for your letter of January 12th.

In reply, I will say that I never heard that area of Vermont referred to by anyone until I started calling it the Northeast Kingdom. The name came very naturally to me as it was one of my favorite sections of Vermont. It just seemed to fit. I believe I started calling this area the Northeast Kingdom in the early 1930s. I am not sure of the exact time.

I might add that I seldom went to the Northeast Kingdom without my fishpole.

A travel section story about the Northeast Kingdom ran in the fall of 1964 in The New York Times, and in response, a man who had been a Caledonian-Record reporter, Carl F. Gordon, who at the time was the executive secretary of the Northeastern Vermont Development Association (NVDA), wrote, “It all started in (1949) when United States Senator George D. Aiken referred to the area as the ‘Northeast Kingdom.’ At the time of the reference, he was speaking at the first annual meeting of NVDA.”

“Apparently, the Senator used the term ‘Northeast Kingdom,’ in part at least, because he saw in the three-county area a wealth of natural and human resources that were then in the first stage of a development period that would give Vermont a royal corner,” wrote Gordon, 55 years ago on Dec. 20.

Gordon wrote, “The term was not immediately used to advantage by the organization that provided the occasion for its use. A few years later, I began to use it, as a reporter for The Caledonian-Record in St. Johnsbury, Vt., to avoid over-use of the terms tri-county and three-county.”

More than 200 schools back lawsuit over foreign student rule

More than 200 schools back lawsuit over foreign student rule

Biologists: No cause for alarm over dead fish at 4 lakes

Hundreds of drivers for MBTA The RIDE service go on strike