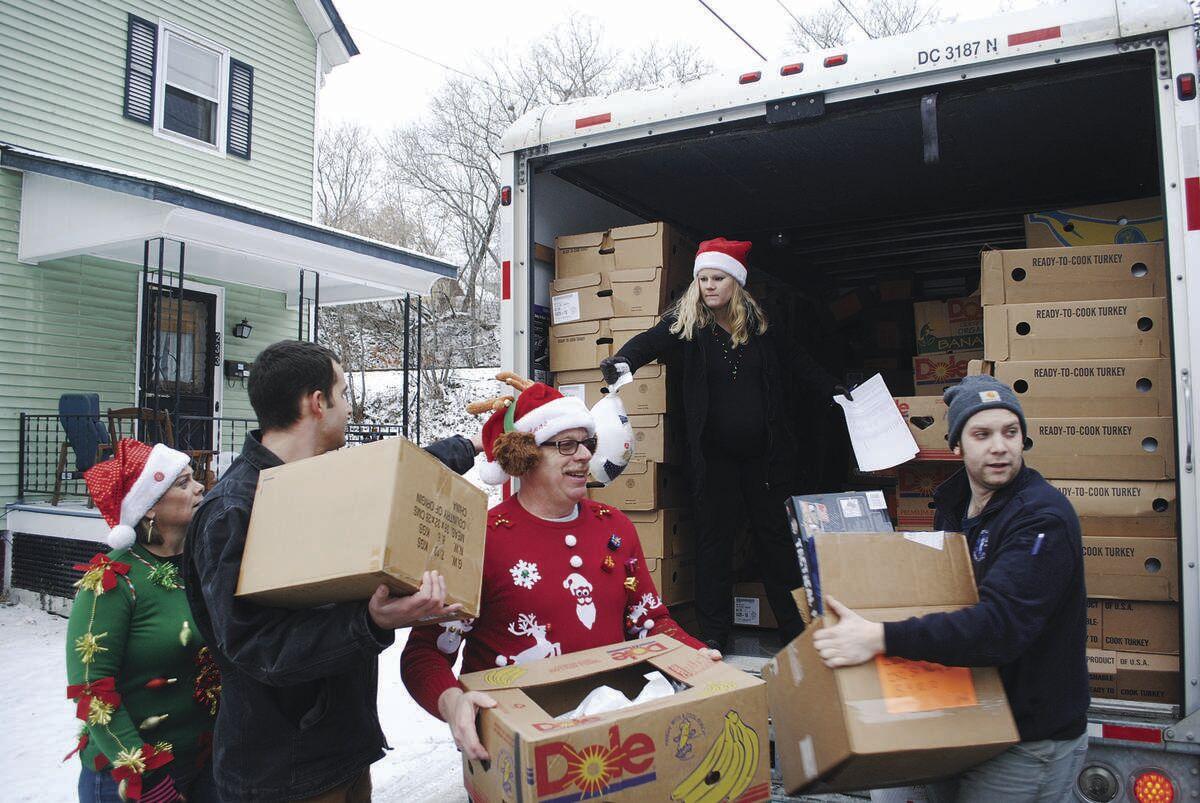 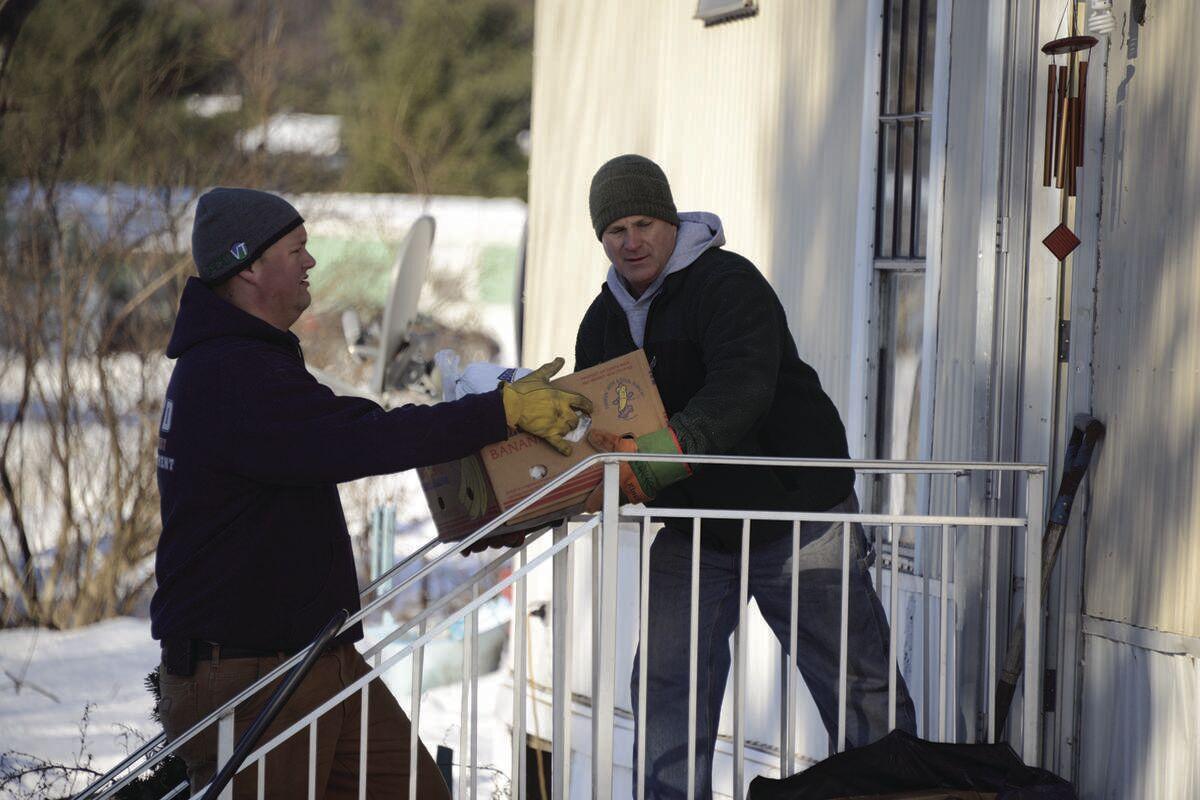 In this file photo from December 2016, St. Johnsbury Firefighter Andrew Ruggles and Bob Cushing, of the Vermont State Police, deliver a box of food as part of the Santa Fund outreach. (File Photo by Tomoki Nomura) 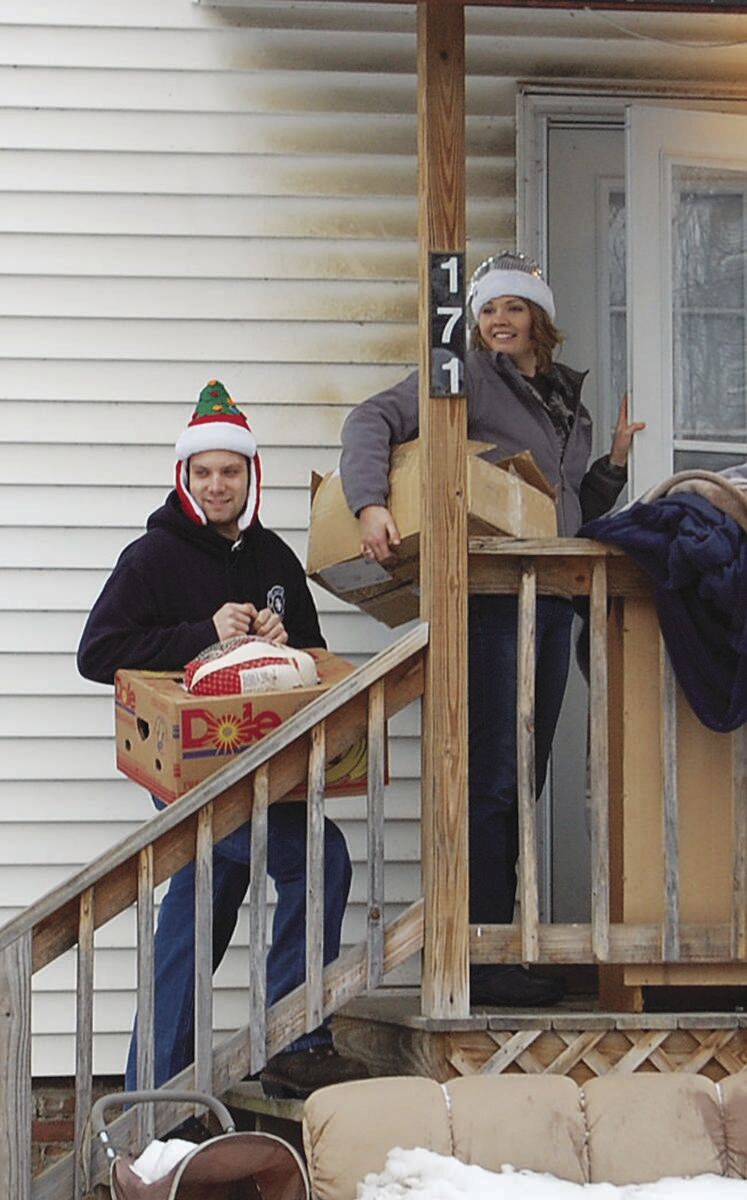 In this file photo from December 2014 Santa Fund deliveries are made. 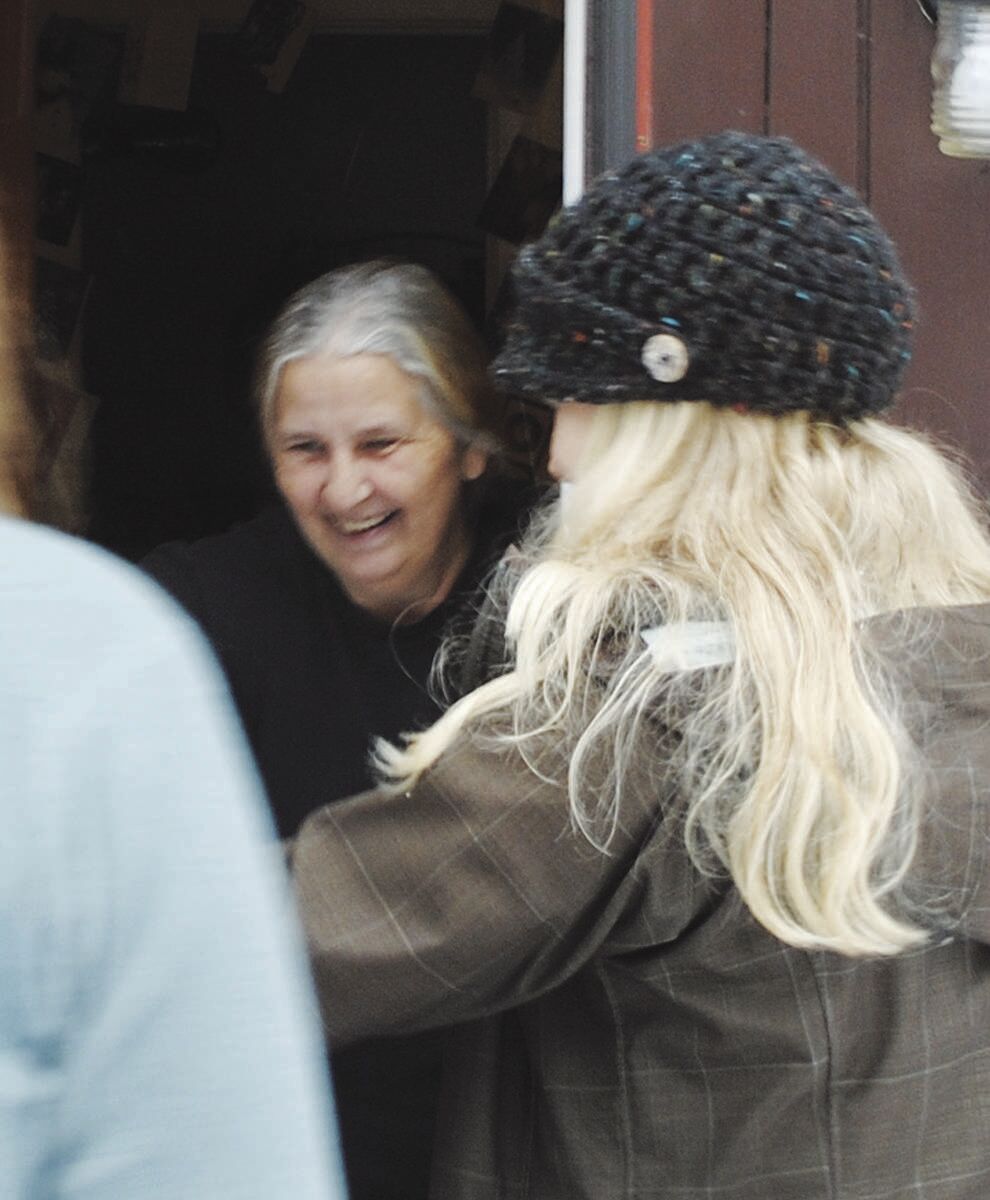 In this file photo from December 2013, an area woman happily receives gifts from the St. Johnsbury Santa Fund. 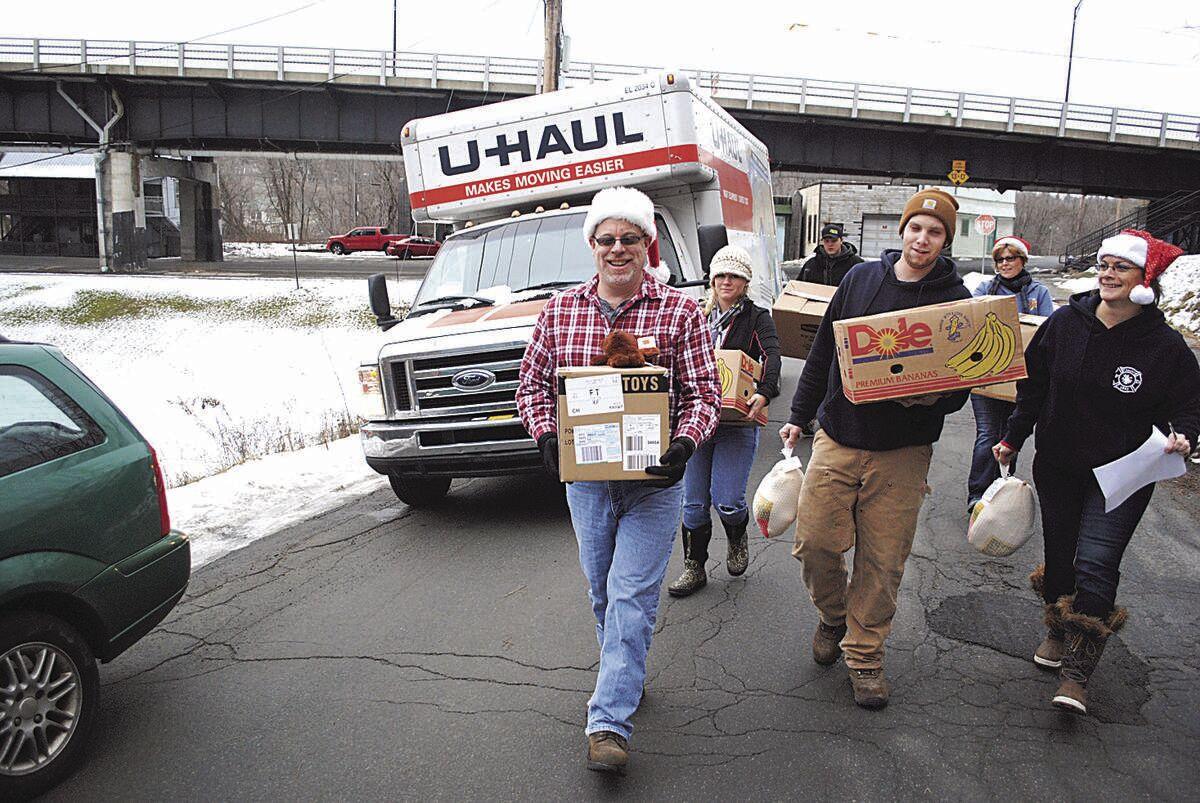 In this file photo from December 2012 Santa Fund deliveries are made.

In this file photo from December 2016, St. Johnsbury Firefighter Andrew Ruggles and Bob Cushing, of the Vermont State Police, deliver a box of food as part of the Santa Fund outreach. (File Photo by Tomoki Nomura)

In this file photo from December 2014 Santa Fund deliveries are made.

In this file photo from December 2013, an area woman happily receives gifts from the St. Johnsbury Santa Fund.

In this file photo from December 2012 Santa Fund deliveries are made.

ST. JOHNSBURY — COVID will not be the Grinch who stole the Santa Fund.

Organizers at the St. Johnsbury Fire Department are still working through the changes that are necessary to continue the annual charitable outreach during a pandemic, but they say the deliveries will be made, carrying on a tradition that began during the Great Depression.

Hundreds of deliveries of toys for children and boxes of food will be made to homes in St. Johnsbury, Lyndonville, Waterford, Barnet, Kirby, Danville and Concord. The Santa Fund is operated through the St. Johnsbury Fire Department and administered by the Caledonian-Record as part of the newspaper’s charitable trust.

A pandemic that began last March continues to alter traditional plans, canceling some and greatly diminishing others, and despite Christmas being nearly two months away, organizations must assess their typical holiday plans.

For the Santa Fund, Pelow said the basic concept of giving and receiving will play out as normal, but he said this year a registration deadline will likely be necessary in order to give the firefighters and volunteers enough time to package the gifts in a safe and sanitary way.

Doctors brace for wave of COVID-19 patients in coming weeks

The deliveries are normally made the Friday before Christmas. This year that would be Dec. 18. In the past registrations for deliveries have been accepted right up until delivery day. This year, Pelow said, that can’t happen. More information about registering will appear in registration forms published in the Caledonian-Record. Pelow said he expects to have the details ready for the registration form by the end of the week.

Another concern the organizers need to consider is the handling of the toys in a way that safeguards against virus exposure.

In terms of the door-to-door deliveries, it’s not likely that the Santa Fund elves who make the deliveries will be able to hand off the gifts to residents in their doorways as normal. Instead of a face-to-face exchange that allows for a “Merry Christmas” and a smile, the items will likely be left by the front door.

As the organizers form their delivery plan, Pelow said people and businesses are encouraged to support the Santa Fund by giving toys and donations of money, which is used to buy the food items and additional toys.

Monetary donations to the Santa Fund can be delivered to the firehouse or mailed to NEK Santa Fund, c/o Passumpsic Bank, P.O. Box 38, St. Johnsbury, VT 05819.