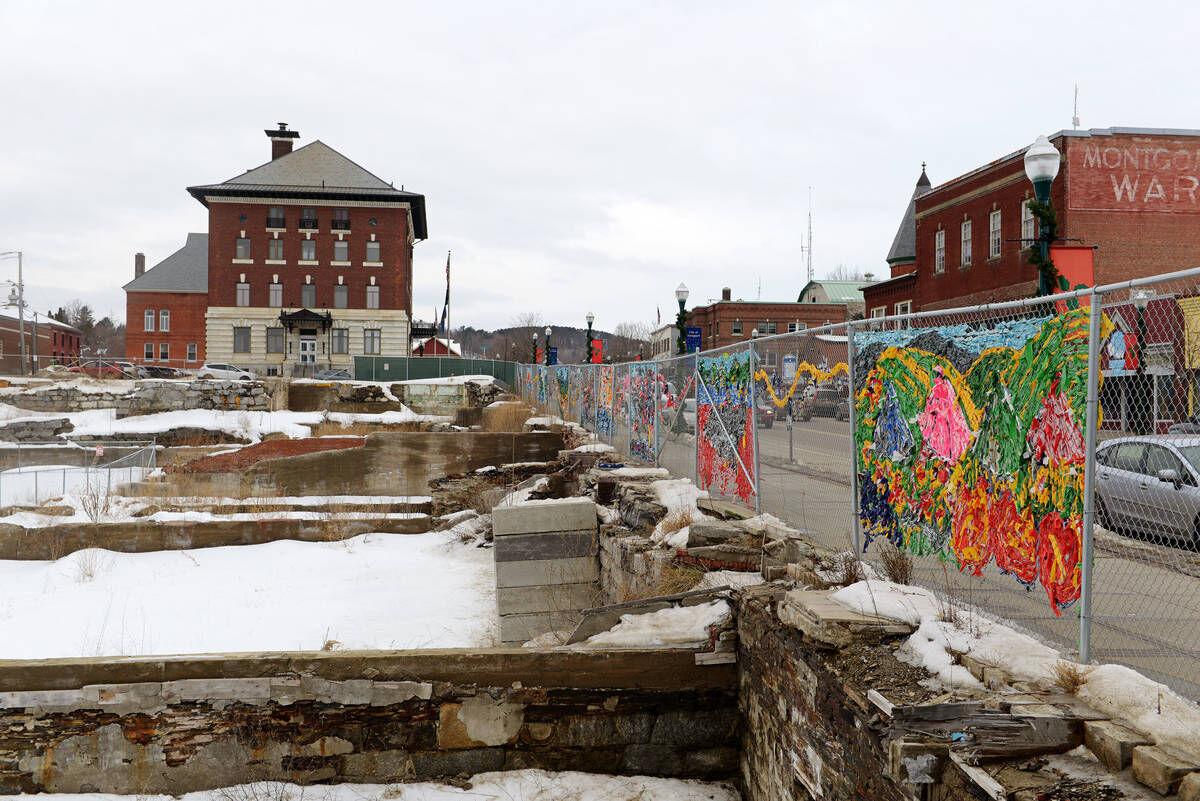 Vermont Superior Court rises in the background to the west of the vacant lots on Main Street in Newport City. (File Photo) 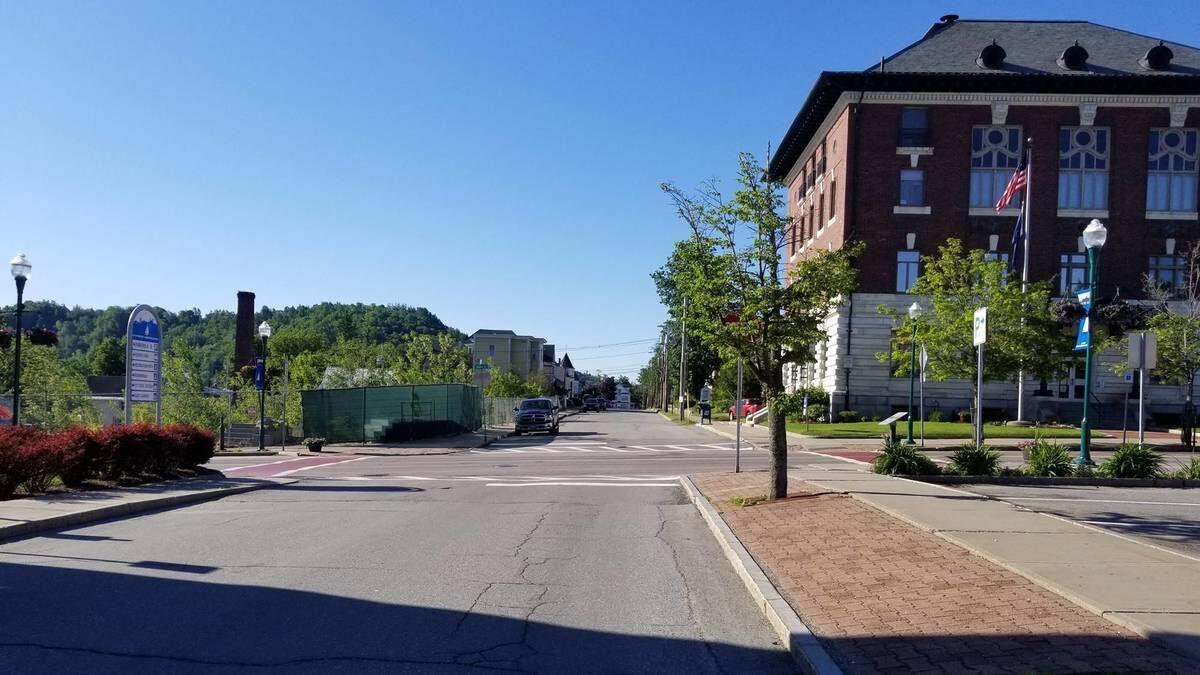 The Vermont Superior Court house in Newport City, at right, sits at the corner of Main and Second streets, across from the vacant lots. (File Photo) 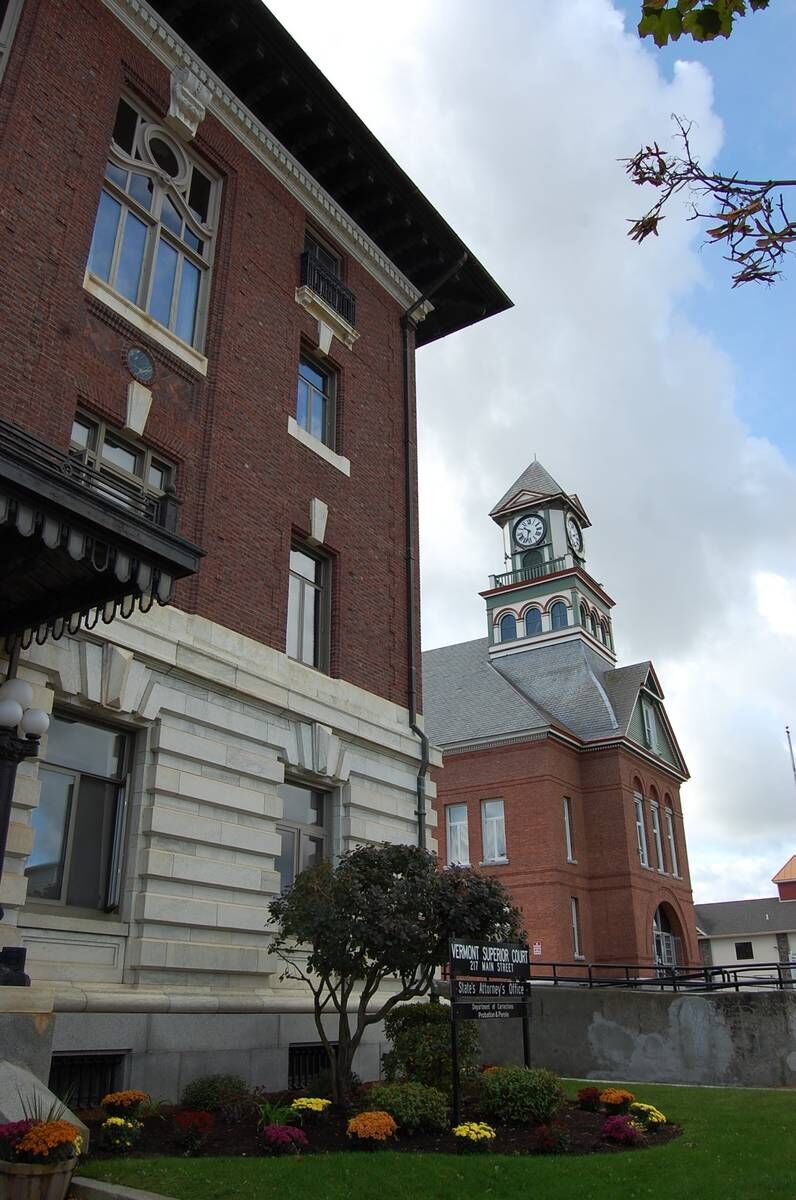 the state of Vermont wants to replace Vermont Superior Court on Main Street in Newport City, in the foreground, and the Orleans County courthouse in the background. (File Photo)

Vermont Superior Court rises in the background to the west of the vacant lots on Main Street in Newport City. (File Photo)

The Vermont Superior Court house in Newport City, at right, sits at the corner of Main and Second streets, across from the vacant lots. (File Photo)

the state of Vermont wants to replace Vermont Superior Court on Main Street in Newport City, in the foreground, and the Orleans County courthouse in the background. (File Photo)

NEWPORT CITY — The state of Vermont is actively advertising to buy land in downtown Newport City for a new courthouse.

The plan is to replace the “antiquated” Vermont Superior Court on Main Street and offices in the neighboring Orleans County Courthouse with one new building at an estimated cost of up to $10 million, state officials said Monday.

The state wants a 1- to 1.5-acre lot in the downtown area. The state could consider the vacant lots that were razed for a downtown hotel as part of the scandalous EB-5 Jay Peak projects.

The state is committed to buying land for a new courthouse, Fitch said Monday. And it must be in the downtown commercial district. A new building is expected to include basement parking, she said.

“We want to make sure we are keeping the courthouse accessible to the community whether walking, hiking or driving your car,” Fitch said.

“I hope the state’s plan to build a new courthouse downtown leads to additional public and private investment. The RFP process will allow the state to evaluate any available sites downtown, including the Main Street redevelopment site,” Brady stated.

Scott several years ago announced the commitment to help Newport City recover from the loss of a downtown block razed for a one-time plan to build the Renaissance Hotel by Jay Peak Resort developers.

The plan fell through when the developments were revealed to be part of a Ponzi scheme that led to state and federal criminal charges and lawsuits.

Jay Peak and Burke Mountain resorts and other properties including the vacant lots downtown are owned by the federal court in southern Florida, and operated by a court-appointed manager seeking to sell the properties to recoup money for investors.

“This was an amazing opportunity,” Fitch said.

The state needs a new courthouse, Newport needs downtown investment, and all three branches of Vermont government - the governor, the judiciary and the legislature - are all in agreement, she added.

Newport’s courthouses have been on the list for either major renovations or replacement for years.

The chief justice has called the criminal courthouse in Newport City one of his top priorities due to problems with fire safety and security and also handicapped access, plus the buildings do not meet modern court operation needs.

The criminal court at the corner of Main and Second streets across from the Newport City Municipal Building also needs $1 million in renovations, Fitch said.

The county courthouse, beside the state courthouse on Main Street, houses the state’s probate, civil and family court offices and courtroom.

BGS had originally considered building a connector to link both buildings, but that along with internal renovations would have been too costly and still not meet all the needs within the existing buildings, Fitch said.

The Vermont Legislature approved of $1.5 million to buy 1-1.5 acres for the new courthouse as part of the fiscal year 2021 capital budget, Fitch said. That money also includes permitting and design.

The capital budget paved the way for BGS to advertise to buy property in Newport’s downtown.

Sellers have until Nov. 16 to respond, Fitch stated.

Fitch said she does not know who has already inquired about the RFP, and whether the vacant lots are being offered for sale now.

Tony Blake, principal broker and owner of V/T Commercial which is handling the RFP, said he could not discuss potential offers or inquiries.

The deadline for sellers to make a proposal is Nov. 16.

If a deal can be reached with a seller, then the state would move to the design and permitting phase, Fitch said. BGS would have to return to the Legislature for approval of the rest of the $10 million to build a new court house.

She estimated that the state wants to have a new courthouse ready for occupancy between 2024 and 2025.

That time line could be accelerated if the Legislature and Judiciary request it in the capital budget, she said.

If there are acceptable offers that are more than $1.5 million, Fitch said BGS would have to go back to the Legislature for more money next year.

If there are no acceptable offers, the state would put out another request for proposals.

Newport City Mayor Paul Monette was happy about the news.

“I am pleased the state is moving forward with the RFP for a new courthouse. The existing buildings currently do not meet the needs of the court and eventually could be repurposed for other uses.”

Fitch said the existing courthouse system will continue to operate until there is a replacement.