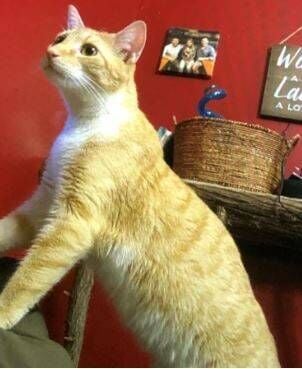 This orange tabby is still missing after being stolen from a home on Elm Street in Derby Line on Sunday. (Courtesy Photo) 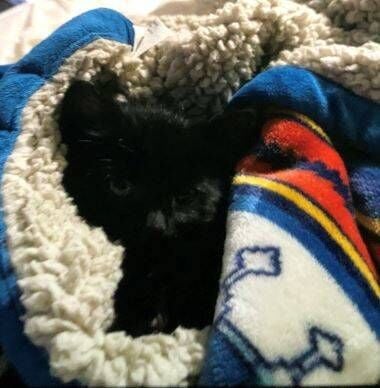 This black kitten is still missing after being stolen from a home on Elm Street in Derby Line Sunday. (Courtesy Photo)

This orange tabby is still missing after being stolen from a home on Elm Street in Derby Line on Sunday. (Courtesy Photo)

This black kitten is still missing after being stolen from a home on Elm Street in Derby Line Sunday. (Courtesy Photo)

Two young kittens have been recovered, but police continue to seek information on the whereabouts of an older kitten and a cat which are missing.

Trooper Joshua Mikkola said that pet owner, Bailey Cloney, 18, of Derby Line, called at 8 p.m. Sunday to complain that someone entered her Elm Street home when she wasn’t there and took the four cats.

On Monday, the two youngest kittens were recovered and returned, Mikkola said.

But the older black kitten and orange tabby cat are still considered missing.

The young person who has been accused and cited in the case is being treated as a juvenile and therefore the name will not be released, Mikkola stated.

The juvenile has been cited into juvenile court for the crime of burglary, Mikkola stated.

Churches raise enough to erase about $26M in medical debt

Old Town death ruled a homicide; shooter has been identified

Deaf advocate fired for ties to fraternity with racist tones

Arrest made in fatal shooting at Brockton motel