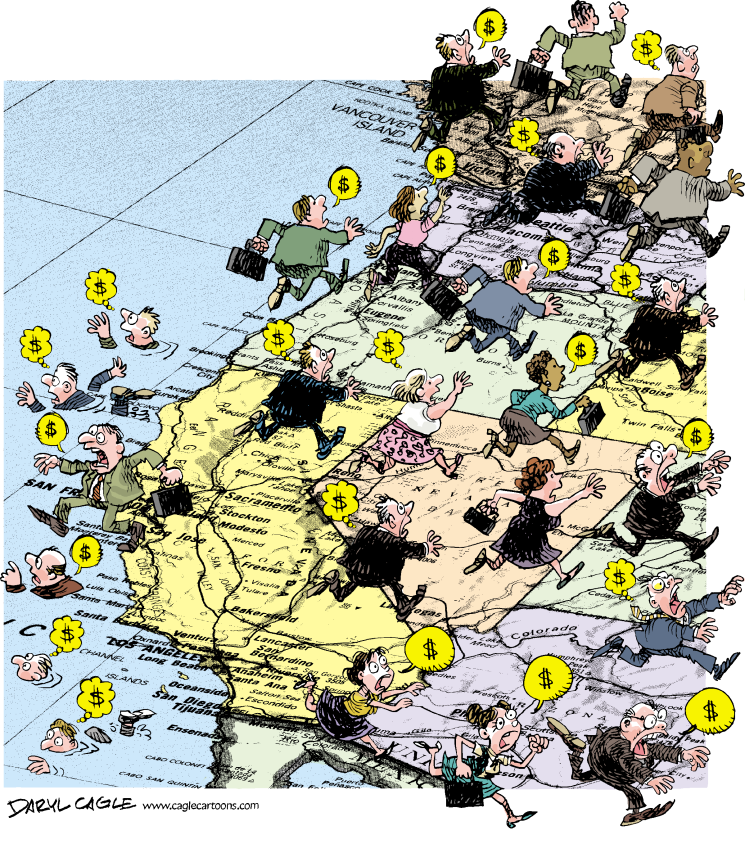 When former California Gov. Jerry Brown announced his ill-conceived, ill-fated high-speed train that no one wanted, and no one ever thought would be completed, he unwittingly sent the message that the once Golden State would soon be spiraling into disaster. Before current Gov. Gavin Newsom killed the train, California had squandered $5 billion on the boondoggle, and cost projections soared billions more from the original estimate. New York Times’ analysts pegged the train’s final total at a staggering $100 billion.

Brown envisioned himself as a forward-thinking leader who would secure California’s self-proclaimed position as the nation’s preeminent cutting-edge state. Brown put California on the cutting-edge, all right, but of catastrophe.

Consider a short list of what California has become since the bullet train flop. California, a sanctuary state for illegal aliens, has cemented its position as the nation’s inequality leader, with disparities between rich and poor greater than those in Mexico and Guatemala. Speaking of poverty, California is also America’s capital in that sad category. According to the Census Bureau’s Supplemental Poverty Measure, California outstrips states traditionally associated with acute poverty – Mississippi, West Virginia and New Mexico.

Bill would allow lawmakers to hide behind tinted windows

Man sentenced to life in prison for transgender wife's death

Vessel that sank off Maine was fishing boat, 2 aboard dead