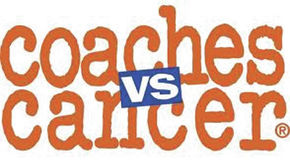 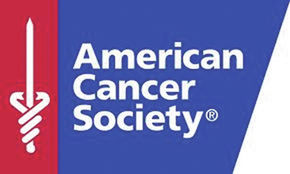 Danville is back up and running with a fundraiser for the American Cancer Society called Coaches vs. Cancer. For the last few weeks and for weeks to come, basketball teams have been working hard planning fundraisers. This is the second year that Danville has teamed up with Hazen Union in an effort to raise money for a good cause. Each team is responsible for planning their own fundraiser. The fundraisers have ranged from a Duck Toss with the elementary students to the game Hot Shot with the high school boys team.

Dean Valentine, the girls varsity basketball coach, put the responsibility of planning the team fundraiser upon his team captains Erika Pastual, Kassie Thresher and Pamela Greaves. The girls worked together to plan a Free Throw Shootout that took place on Jan. 15. The rules of the game were simple and this fundraiser allowed each player to play a role in the fundraising. The girls varsity players first responsibility was to ask family members and community members for pledges. Pledges could be made for money per shot by anyone who wanted to be a part of the fundraiser. The most common amount pledged was 25 cents a shot but the amount was at the pledge's discretion. The players also accepted flat donations. After the all pledges were taken down, their next task was to shoot the 100 free throws.

During practice on the 15th, Coach Valentine allowed the girls to take their free throws during practice. In teams of two, the girls used the five hoops in the gym to take their 100 free throws. They took 20 at a time until they were complete. Ten girls participated for the varsity team with one teammate, Kaylynn Zangla, out with a knee injury. Miranda Buck, guard and one of Danville's top free throw shooters made 70 out of her 100 shots. Buck says "It feels nice to donate money to help find a cure for cancer. My grandmother had breast cancer and they caught it just in time so I am very thankful for organizations like the American Cancer Society."

Kelly Cyr, starting guard says, "It feels nice to be able to contribute to the Cancer Society through a fun and exciting way that involves the entire community." Theresa White has the teams highest percentage for the fundraiser, making 77 of her 100 free throws. White says, "I was very excited to contribute to the Cancer Society while improving my skills and getting the community involved all at the same time!"

Danville will continue Coaches vs. Cancer for the next few weeks. The Danville School will be selling pink Danville t-shirts with proceeds going to the Cancer Society. The Coaches vs. Cancer games for the boys teams was Jan. 22 with the junior varsity team and the varsity boys. The girls game was held on Jan. 24, also with the junior varsity and varsity teams. Danville and Hazen have worked hard to raise money and create awareness and appreciates your support at our games!