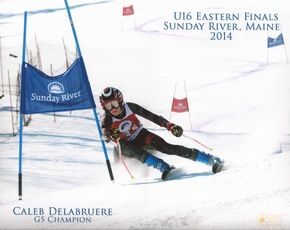 Caleb DeLaBruere is United Christian Academy’s Get Fit student in celebration of May is Fitness Month. 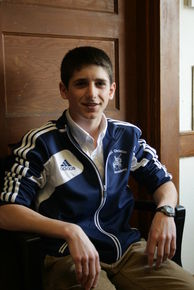 Caleb DeLaBruere skis to victory in the grand slalom at the U-16 Eastern Finals at Sunday River, Maine. 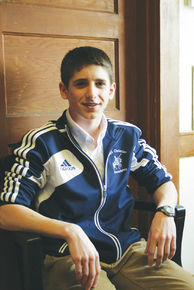 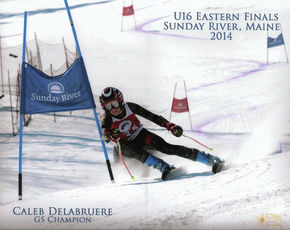 Caleb DeLaBruere is United Christian Academy’s Get Fit student in celebration of May is Fitness Month.

Caleb DeLaBruere skis to victory in the grand slalom at the U-16 Eastern Finals at Sunday River, Maine.

NEWPORT CITY -- United Christian Academy chose ninth-grader Caleb DeLaBruere of Derby as its Get Fit student, in celebration of May is Fitness Month.

"I've been really devoted to skiing over the past couple years," DeLaBruere said during an interview at the school recently. "I've worked really hard to get where I am.".

DeLaBruere, age 15, is not only one of the top 20 skiers in the state, he's also gifted academically, according to school secretary Deb Kirsch, who reports that he routinely gets all A's in school.

"My seventh-grade year I did get one B," DeLaBruere said.

His work ethic is one of the reasons he is permitted to miss school for skiing events as part of the Jay Peak Ski Team. DeLaBruere said he always makes up his work though.

The Jay Peak Ski Team competes in the Northern Vermont Council, in which the top 30 boys in the state compete against one another. DeLaBruere is hoping he can officially represent United Christian Academy in the future.

The Council teams come from ski schools, like Burke Mountain Academy, and other private schools or ski clubs. After placing at the state meet, skiers like DeLaBruere move on the Eastern Meet, where this year DeLaBruere took top place in the grand slalom.

"We have some of the best skiers in America," DeLaBruere said.

From there, skiers can place in international competitions and move to the Junior Olympics. DeLaBruere said one day he'd like to earn a place on the U.S. Ski Team.

But DeLaBruere has to stay in shape when there is no snow as well. He said because he's still growing, he doesn't do much weight training, but he does a lot of push-ups, pull-ups, and sit-ups. DeLaBruere participates in Tae Kwon Do as well, which is he said is quite a workout. He plays soccer for UCA in the fall. "That really helps get the legs in shape for skiing," he said.

He does a lot of road biking in the summer as well as spending about 20 hours a week mowing lawns for his family's company, Roger Gosselin, Inc.

DeLaBruere's diet is very healthful, with a variety of fruits and vegetables and a lot of protein. "I really try to stay away from the sugar. The sugar really kills you. Too much of anything is bad for you," DeLaBruere said. "A lot of people think dieting is a major change to your lifestyle, but it's really not. All you need to do is make smart choices."

Both of DeLaBruere's younger siblings attend UCA as well. His sister is in seventh grade and his brother is in first grade. "He insists that he's not cute," DeLaBruere said.

DeLaBruere said he's given some thought to attending a ski academy, but noted that with the benefits of that kind of school he'd have to give up his supportive school environment at UCA. "That would be the hardest thing for me, if I were to consider leaving for a major ski academy -- leaving this school," DeLaBruere said.