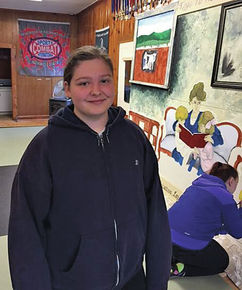 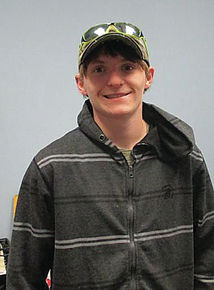 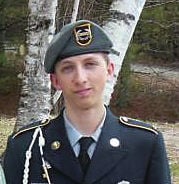 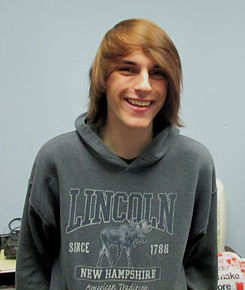 Throughout it's 11th year, a top priority for North Country Charter Academy was to provide excellent service to it's communities, sending districts, students and supporters.

Mark Bertrand is a very nice, considerate young man who is consistent with his academic work, maintains steady attendance, and never complains about any tasks that are handed to him. He is not only taking classes with North Country Charter Academy in Littleton, but he has an academic workload at Lin-Wood High School in Lincoln, N.H. as well. Mark will be returning to NCCA next year to wrap up his final 5 credits in order to become a high school graduate.

Chris Holden, also of the Lin-Wood District, is a soft-spoken student who is very considerate of others. He had a bumpy academic start at the beginning of the school year. However, he was determined to focus on finishing up several courses hanging over his head. He accomplished this, along with wrapping up a vocational auto course at the Hugh Gallen Jr. CTE center. Chris is now working on extra courses at NCCA to give him a good start on the next school year. He plans to keep the momentum going in order to graduate by June of 2016.

Destiny comes to the NCCA from Stratford. She was having a difficult time in the traditional classroom but made a really smooth transition to the NCCA classroom. She has done very well academically, producing a large quantity of high-quality work in the past three months. She is currently a member of the team that is working on painting a mural to "lift the spirits" of the community.

Chris MacDonald of the Northumberland District. He got off to a rough start, attendance being his biggest challenge. Lack of motivation was also an issue for him, but what his teachers and peers witnessed next was the biggest turn-around of the year. Chris' participation and devotion to the JROTC (Junior Reserve Officers Training Corps) Program gave him a sense of purpose and belonging, as well as direction. He has been a highly motivated student, with perfect attendance, exhibiting tremendous leadership qualities.