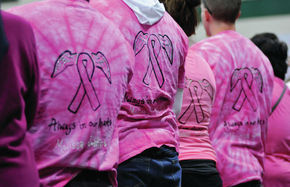 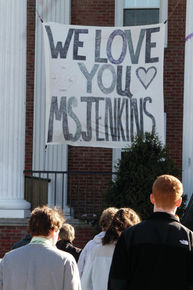 On the evening of March 25, 2012, Melissa Jenkins of St. Johnsbury went missing on Goss Hollow Road. Her 2-year-old son, Ty, was found alone in her SUV with the engine running. Police immediately suspected that she was a victim of foul play. Jenkins was a single parent who taught science and coached girls' basketball at St. Johnsbury Academy. She also worked as a part-time waitress at The Creamery Restaurant in Danville.

The next day, Jenkin's body was found bound, naked and submerged in shallow water near the Comerford Dam boat launch in Barnet.

On March 27, Allen Prue, 30, and his wife, Patricia Prue, 33, both of Waterford, were taken into custody and were charged with second-degree murder. According to police affidavits, the Prues lured Jenkins out of her home by faking car trouble after deciding to "get a girl" that night. Allen Prue told police that Patricia Prue helped him during the assault and strangled Jenkins a second time "to ensure she wasn't breathing."

When evidence of torture, sexual assault, electrocution and premeditation surfaced, plus information from jailhouse informants, the charges against the Prues were upgraded. Allen Prue has been charged with first degree murder and Patricia Prue is facing an even more serious charge of aggravated murder. Both Prues have been held in prison without bail since their initial arraignment.

Allen Prue was employed as a route driver for The Caledonian-Record and in-house security footage shows him coming in for his route the morning following the abduction and killing, loading papers into the same car believed to be used during the incident. Court records show no previous criminal record for Allen or Patricia Prue.

According to court documents, Vermont State Police have conducted a forensic examination of a laptop and two hard drives belonging to the Prues, searching for evidence of crimes including "First Degree Murder, Kidnapping and Child Pornography."

The shocking events were carried by news outlets around the country. An outpouring of support immediately sprang up in Jenkin's memory and in support of her young son Ty.

Pink balloons and streamers decorated businesses around St. Johnsbury and surrounding towns in honor of Jenkins' favorite color, and the memorial service held at St. Johnsbury Academy on March 30 was filled with friends, family and students wearing pink in her honor.

Self-defense classes and gun safety courses were hosted by organizations around the area in response to the events. Local politicians renewed inquiries into instituting the death penalty.

In documents filed in Caledonia Superior Court on May 14, Allen Prue waived his speedy trial rights until March 2013 and Patricia Prue waived hers until Dec. 31.

Both cases are still in pre-trial hearing stage with potential trials to happen in 2013.