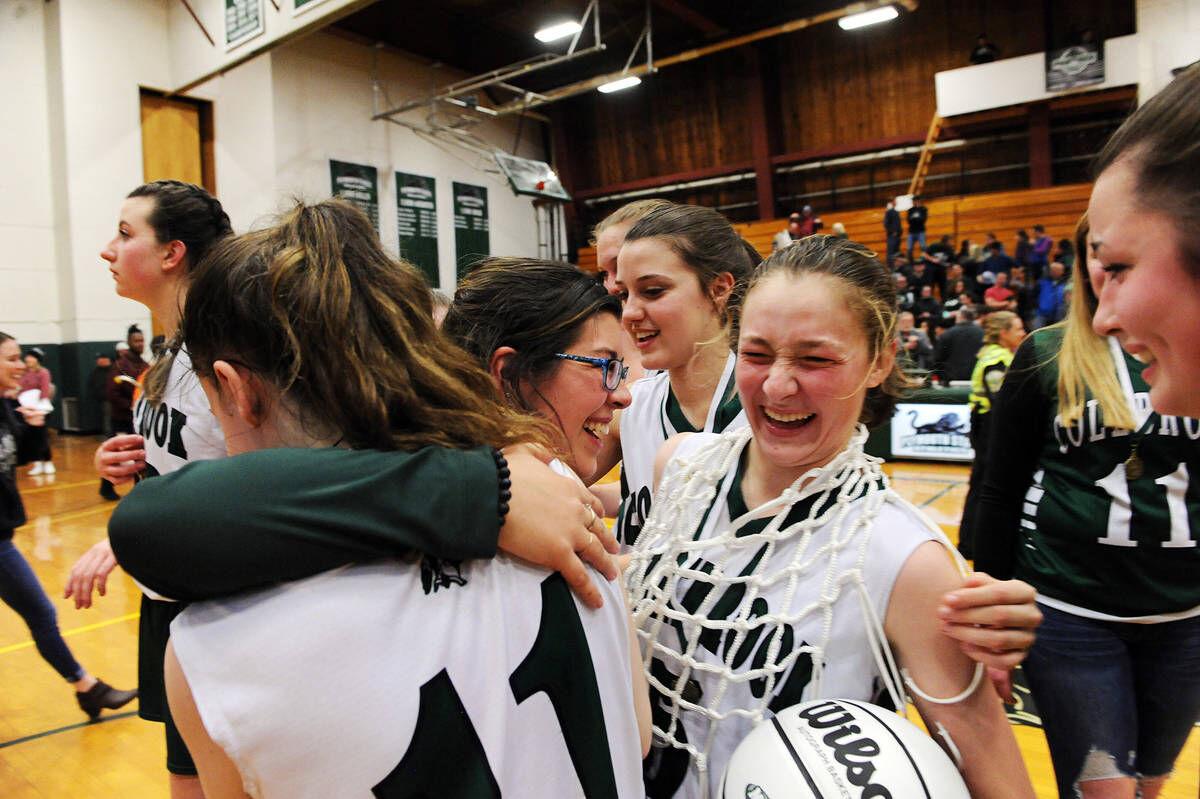 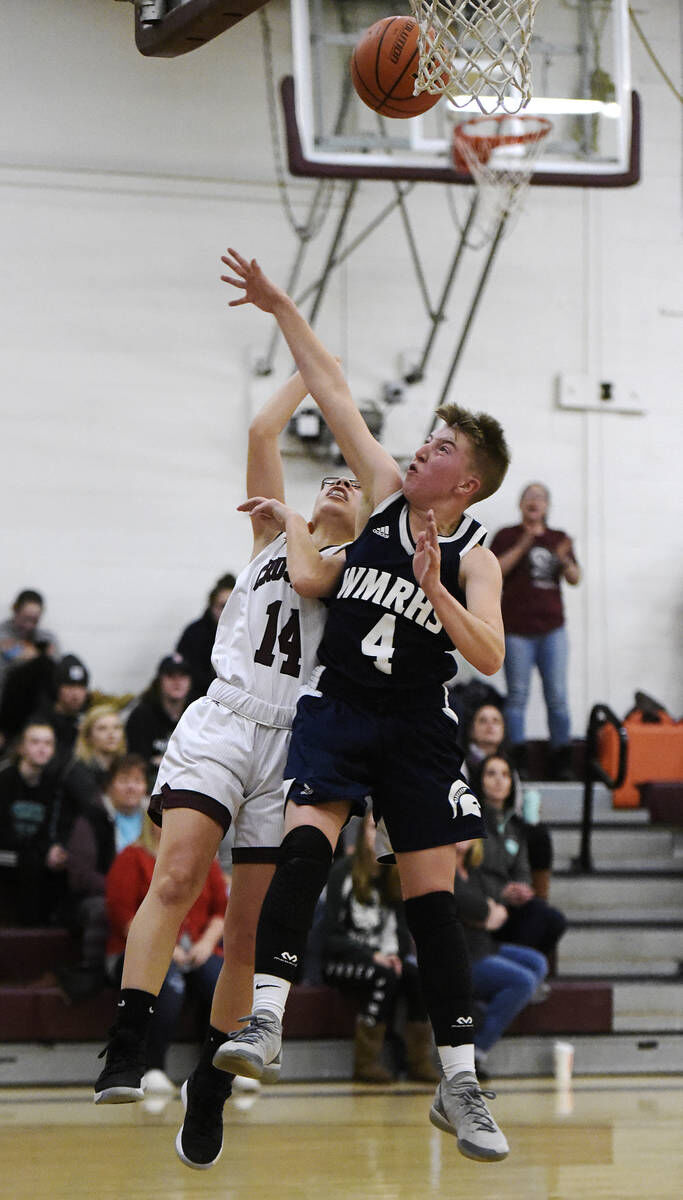 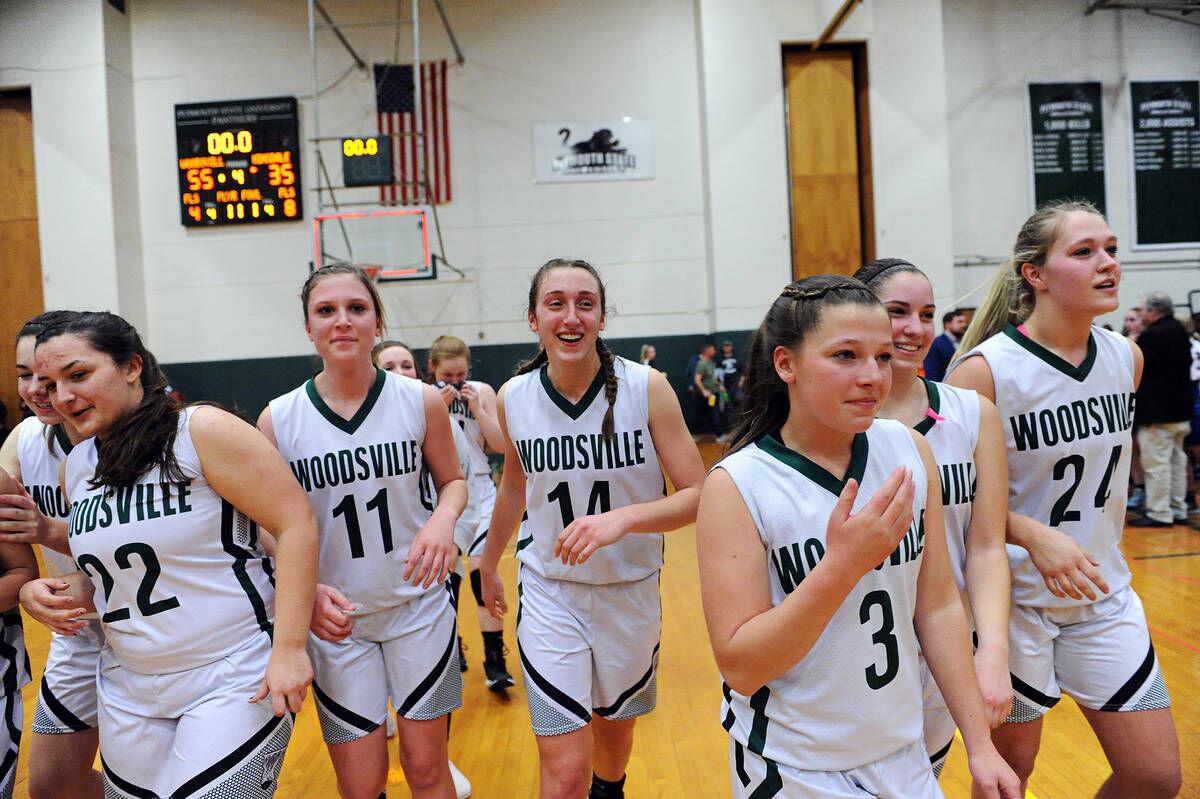 No. 2 Woodsville beats No. 3 Hinsdale in a Division IV semifinal at PSU on Wednesday, March 4, 2020. (Photo by Paul Hayes) 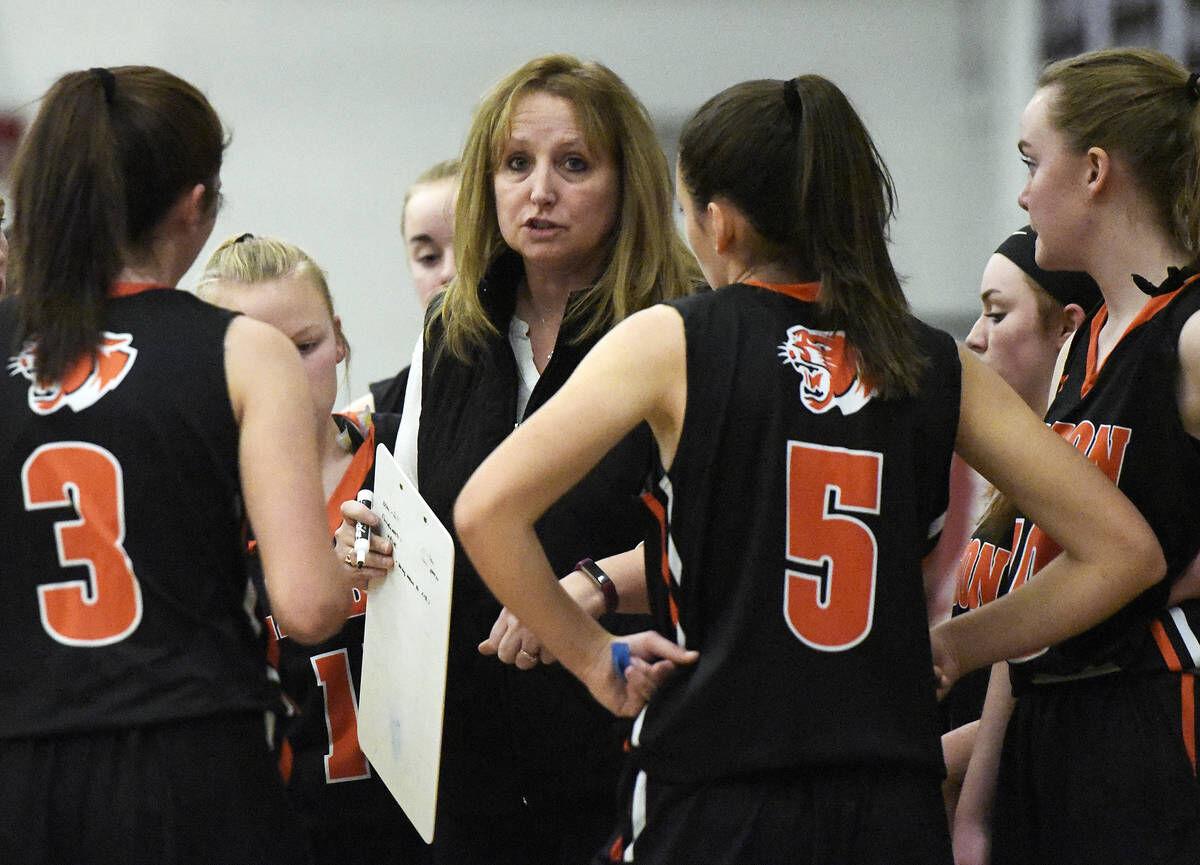 Last Year’s Record: 15-5, lost to Newfound in the second round

Season Outlook: “We have two returning starters from last year’s team and most of these girls have been playing together for several years now we have a nice mix of returning players that are meshing well with the newcomers,” Foss said. “The girls have been working hard this preseason and we are expecting results from all of them in order to be a deep team. Our goals for the season are to keep working hard in practice, and do the little things right on the court and continue to build off last year’s season. We are looking forward to another solid season and making a run in the playoffs.”

Players To Watch: Sage Smith: The returning D-IV Player of the Year has worked very hard in the offseason to improve her speed, strength, ballhandling and shooting abilities. Smith is a threat to score from anywhere on the floor and her defensive abilities continue to improve every year. Smith also is a very good rebounder for her size. Samantha Howe: A D-IV first-team All-State player last year, Howe has also developed into a scoring threat from anywhere on the floor. Her size, athleticism and quickness on the defensive end allows her to play multiple positions in our defensive schemes. Howe is a tenacious rebounder on both ends of the floor, averaging a double-double for her career.

Season Outlook: “The Mohawks are excited to get a chance to defend last year’s state championship,” Call said. “The team returns four starters, but the big challenge will be trying to replace the loss of Mackenzie Scherer and all she provided last year’s team. The Smith/Howe duo will be the focus of every team, but how the remaining players develop into their roles this year will define our season. Although still young, the sophomores have a lot of experience playing in big games, which should help take some of the pressure off Smith and Howe. The players are working hard and it looks like we may be able to go deeper into our bench than last year. As every year, we will be playing a difficult North Country schedule, which will help prepare us for the playoffs.”

Season Outlook: “Every season we graduate good kids who played significant roles and yet the next group of kids steps up to fill those voids,” Prior said. “This group will be no different with eight returning players and the skills they bring to the team. What we lack in height, we gain in quickness, which we will utilize to the best of our ability. With a strong group of teams in the North Country, we will be tested every game on our schedule, which will only make us stronger come playoff time. This basketball season will be unique in many ways from start to finish. What’s important is the kids get an opportunity to compete and regain some sense of normalcy by having a season. Learning every day, dealing with the adversity that will no doubt arise, and appreciating the opportunity will be keys to our success.”

Last Year’s Record: 19-2, lost to Colebrook in the championship game

Players to Watch: “Whatever five we put on the floor,” Wilcox said.

Season Outlook: “We return three All-State stars, the defensive player of the year, a sharpshooting junior guard and a crew of nine that know the system,” Wilcox said. “Our defense should be good enough to keep us in all games. If we can be consistent shooting the ball we could be pretty good. Our real outlook is to get the kids on the floor for as many practices and games as possible. While a championship run is always the goal, this season makes you realize that just playing together is the greatest goal.”

Players to Watch: Nodia Davenport was a second-team All-State guard last year who scored just over 10 points per game She will be counted on as one of the team’s primary scorers and ballhandlers again this year. Having graduated two starting forwards last year, Emmalee DeBlois will need to be Groveton’s “go-to” player in the post and will need to rebound on defense. Marissa Kenison will move into the starting lineup after being last year’s sixth man. She has potential as both an inside and outside scorer and will help with ballhandling duties.

Season Outlook: “With a pared-down schedule and no real “standings,” every team can see the season as developmental with a goal of being “playoff ready” when the time comes,” Haskins said. “We have several new pieces to fit together as far as starters and first subs off the bench, but I like the nucleus of our team and think we will continue to be competitive. Our new personnel may give us a little different philosophy on each end of the floor — last year we had an offensive lineup conducive to pounding it at the hoop and on D packing the lane. We may need to open it up a little on the perimeter on both ends this year.”

Season Outlook: “Our goals and expectations are to grow from last year,” Weekes said. “We were young last year and still young again this year. We started to make strong improvements towards the end of the year. Based on the first couple of practices the younger girls are learning fast. I’m hoping that we will win a few games this season and really grow as a team! This year for playoffs is going to be different since everyone will make it. I’m hoping we can get a good draw and advance far into the playoffs.”

Last Year’s Record: 7-11, lost to Sunapee in the first round

Players to Watch: Aiden Jesseman controls the game from the point along with a strong outside shot that has shown great improvement. Sara Brown works hard and forces turnovers. An overall athletic talent. “This year, we have a core group of girls that work well together and provide their own talents,” Woods said.

Season Outlook: “With most players returning, I see us working through the regular season, improving each game and getting ready for playoffs,” Woods said. “The girls will see a good amount of playing time so we can keep fresh players on the court in order to apply lots of pressure.”