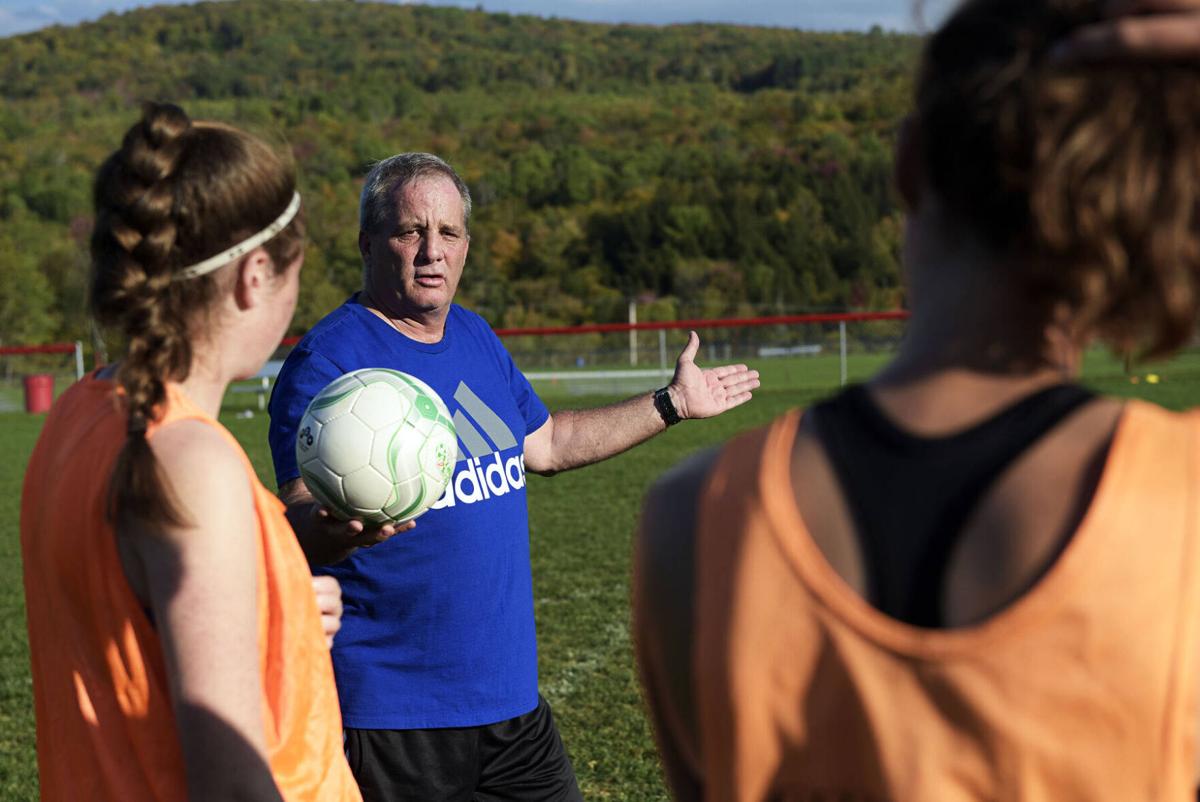 Head coach Kevin Fraser talks with members of the Profile girls soccer team during a practice on Monday, Sept. 25, 2017. (Photo by Paul Hayes) 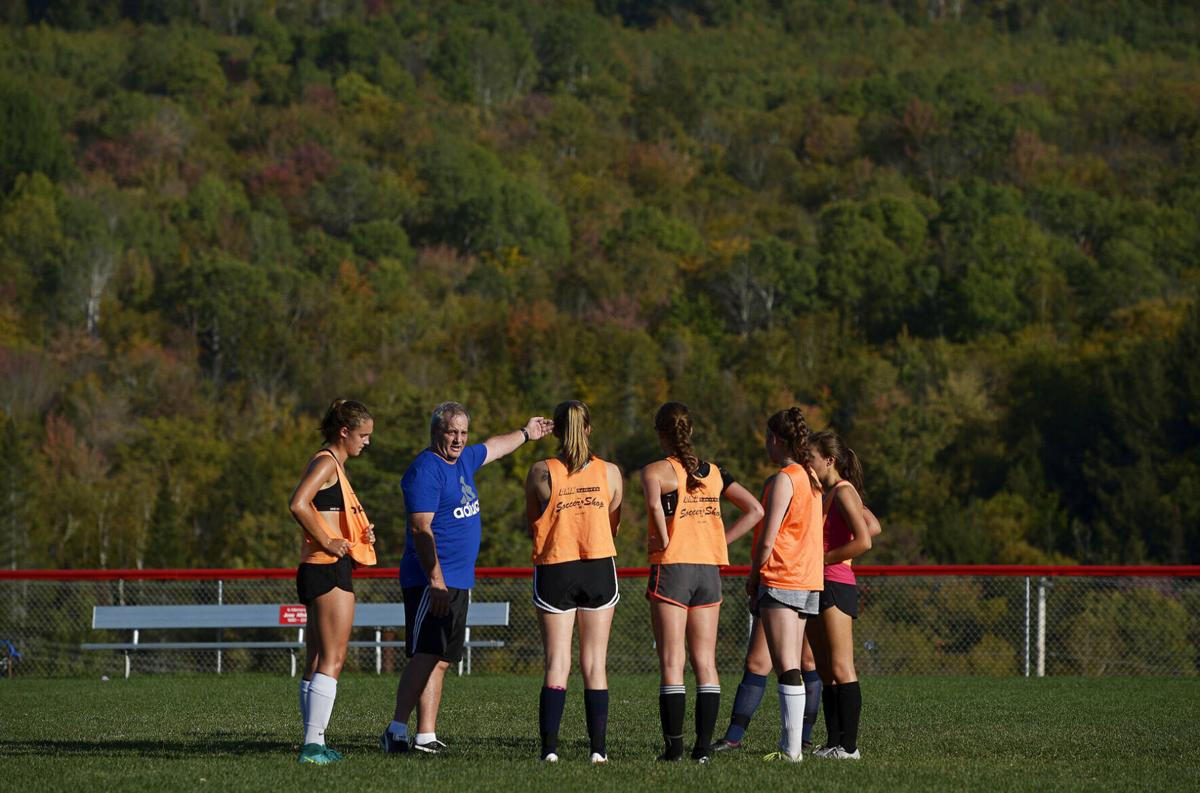 Head coach Kevin Fraser talks with members of the Profile girls soccer team during a practice on Monday, Sept. 25, 2017. (Photo by Paul Hayes)

He does so after the Patriots compiled a 15-1 regular-season record this past season, and made the Division IV semifinals.

Few, however, knew of the cancer treatments he was taking this season too.

“I have been battling cancer, which for three years was in remission,” he stated in an email. “This past June I had major surgery as my cancer returned. The surgery removed a tumor and I appear to be clean again. I will be having treatments until next September to attempt to keep it that way.”

Contacted Friday, Fraser said he’s been taking treatments every three months in Boston since the original 2015 diagnosis. It spread to his lungs in 2016, was in remission the last three years, and recurred necessitating the June 1, 2021 surgery at Brigham & Women’s Hospital in Boston.

Contrary to coaching taking something out of him, “it was a deflector,” he said on Friday. “When I’m on the soccer field, that’s my happy place.”

That was especially the case this season. The 15-1 record his team compiled, he noted, “is the best in school history. This team was really special. They did everything I asked, with no complaining ever. It was truly a one-team unit.”

Patriots athletic director Jack Bartlett spoke well of coach Fraser. “He approached me seven years ago with an impressive resume, and lived up to it,” he said on Friday. “He put sort of a finishing touch on the program, and turned them into a solid possession-oriented team.”

Bartlett noted the sportsmanship the girls program became known for under coach Fraser. In games shaping up to be a blowout, “He went to the bench early – games would be 4 or 5-0 that could’ve been a lot higher. Officials reached out to me about it, and that’s saying something – when you hear from officials, usually they’re calling with a problem,” he said with a laugh. “Kevin has a great approach in terms of sportsmanship.”

This year’s semifinals ended with a 4-0 semifinal loss to Woodsville. “When Sophie Bell got hurt in the first half of the semis – about 20 minutes into the game – I knew we were in trouble,” Fraser said. “She was our Tom Brady, everything went through her.”

Profile made the playoffs every year under Fraser, who’s coached high school girls soccer for 27 years. “I got choked up and teary-eyed telling Jack I was stepping down,” Fraser said. “I love coaching.”

“He’ll be sorely missed,” Bartlett said. “I’m a lucky AD that could have Kevin for one of my coaches.”