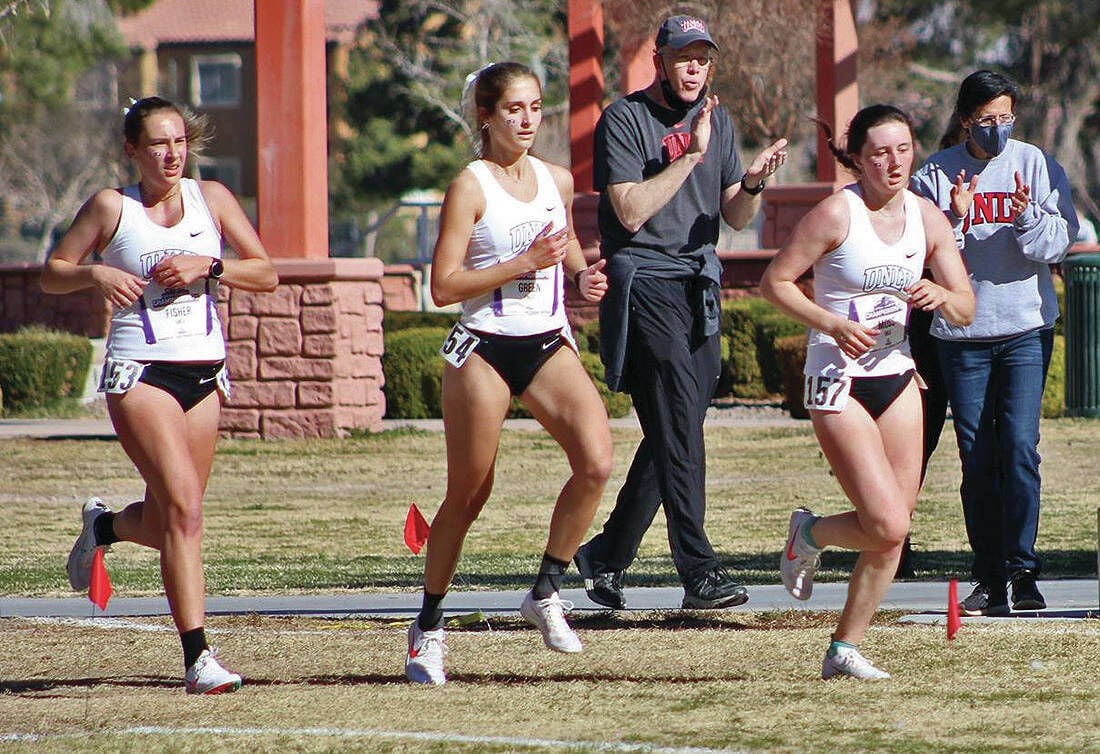 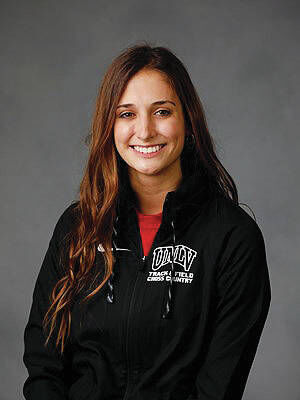 Raised in the Green Mountains, Becca Green has found a new home in the Mountain West.

The former St. Johnsbury Academy standout is a sophomore runner at Division I University of Nevada Las Vegas. Green is coming off a solid cross-country season and is currently competing as a middle-distance runner for the Rebels track and field team.

The Virginia native who was named the Caledonian-Record’s Girls Cross-Country Runner of the Year as a high school sophomore and senior in 2016 and ‘18, Green is fresh off a shortened spring cross-country campaign where she finished as UNLV’s top runner at the season-ending Mountain West Conference championships.

The 19-year-old is currently competing for the Rebels track team, running the 800 and 1,500 meters.

Like many college athletes, Green is hoping to recoup lost time from the COVID virus. Missing out on her freshman track season because of the pandemic, she is hoping her hard work in training translates to a successful 2021 season [she’s run two cross-country seasons, including a shortened spring season that recently ended in early March].

“I definitely have a lot of room for growth,” said Green, who was a part of four outdoor track and field titles with St. J Academy. “With COVID, I haven’t had a chance to race and showcase my fitness level. I’ve put in the miles and have trained hard and I am really excited for outdoor. I feel like I have some big PRs coming.”

As a freshman, Green ran in four cross-country meets for the Rebels, including her best 6K time (24:20.6) at the NCAA West Regional. She competed in four XC events this spring, including the Mountain West Conference championships. She ran her 6K personal-best (23:53) in the second meet this season.

Green’s had a smooth adjustment from D-I high school in Vermont to NCAA D-I because of her time working under coach Chip Langmaid at St. J, Green said. She’s maintained contact with Langmaid and Hilltopper assistant Richard Boisseau.

“It was a pretty smooth transition to UNLV and I attribute that to my high school coaches,” Green said. “I was already training pretty hard and they prepared me a lot mentally to believe that I could do it.”

Green, in San Diego this week for a meet at San Diego State University, is majoring in hospitality and minoring in Spanish.

“It is great to have a talented athlete like Becca take up the challenge of Division I athletics,” Langmaid said. “It is gratifying to see her able to step in at the varsity level as an underclassman. She was a decorated three-sport athlete in high school and picked UNLV for the educational benefits in her major.”

Green is the daughter of Teresa and Waverly. Her siblings are Jonathan, Emily and Lauren.

Becca is soaking up the warm desert air, far away from the Green Mountains. But she still thinks of home.

“I definitely miss Vermont; the seasons and the trees,” she said.