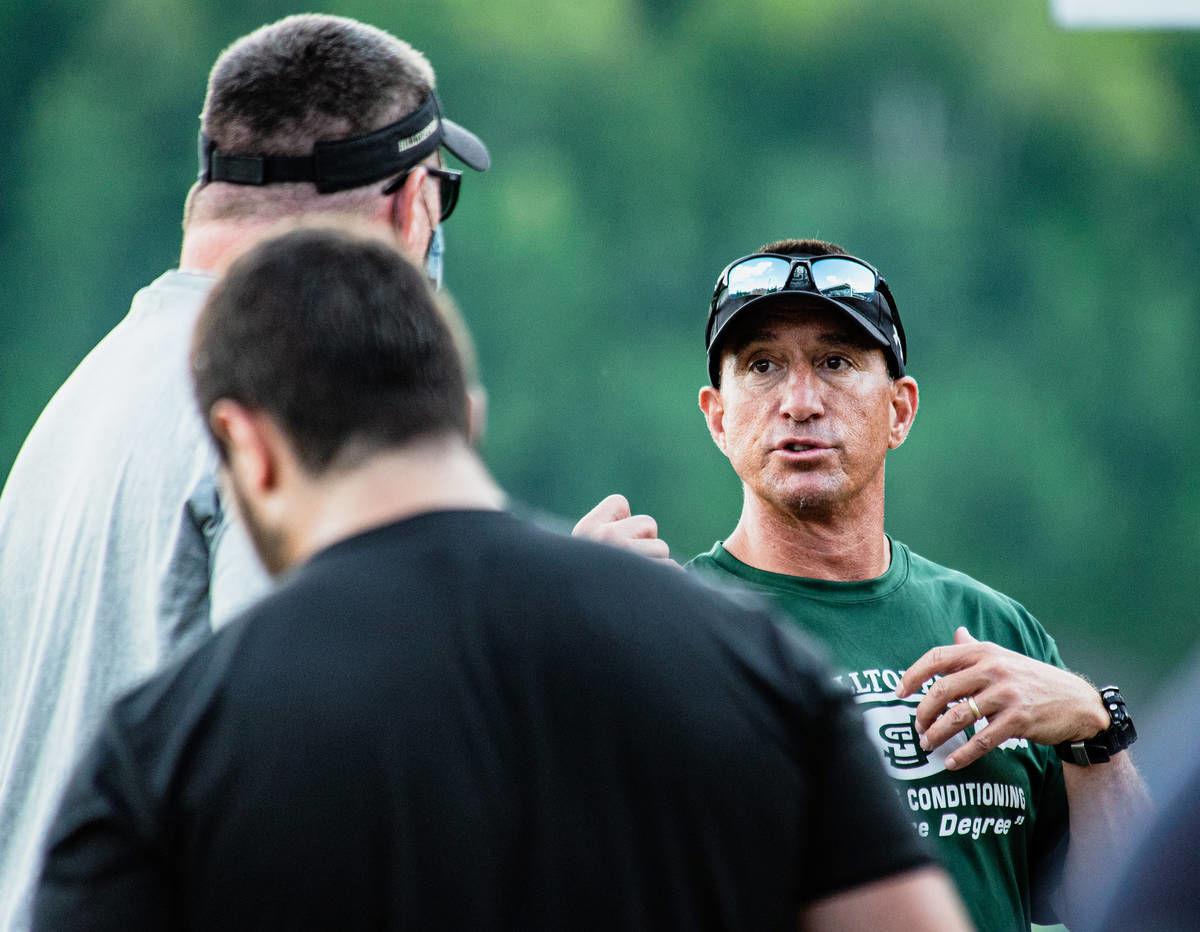 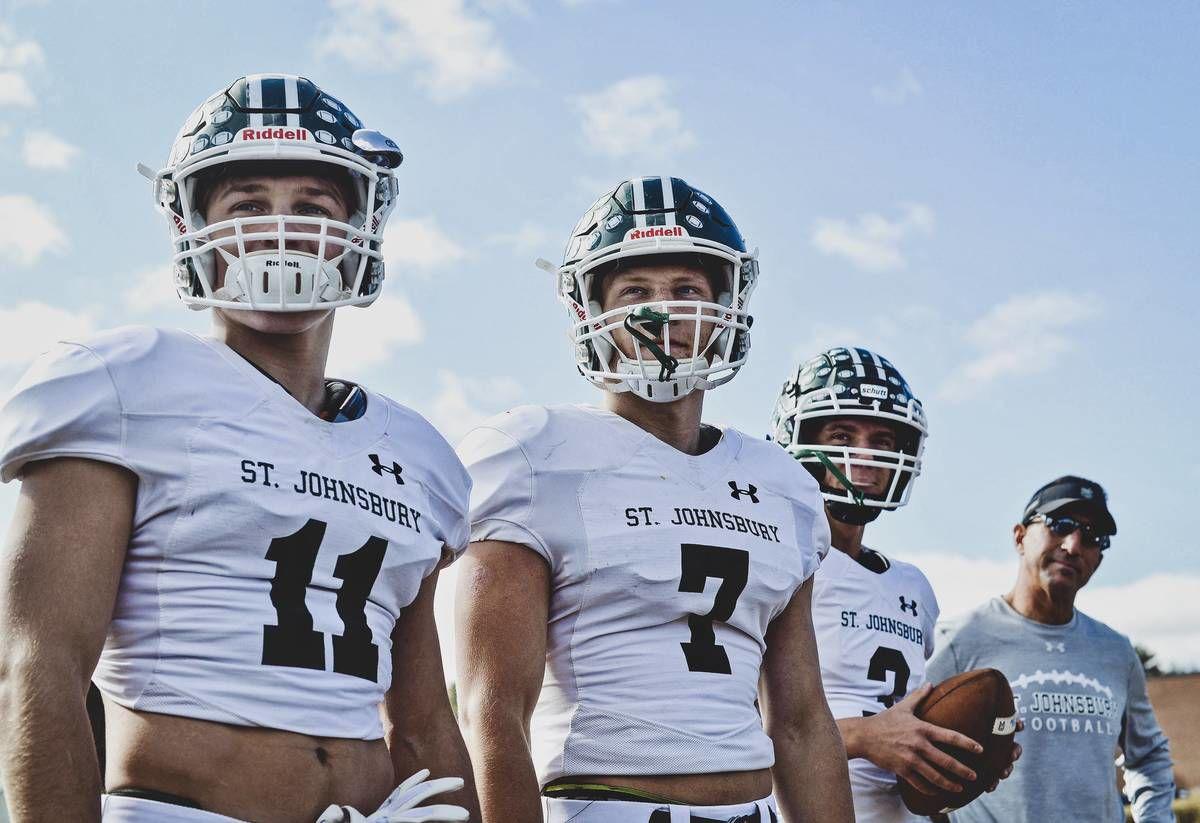 St. J Academy tops Lyndon 62-7 in the 115th playing of The Game at Robert K. Lewis Field on Saturday, Oct. 19, 2019. The Hilltoppers have now won six straight in the rivalry series. (Photo by Michael Beniash) 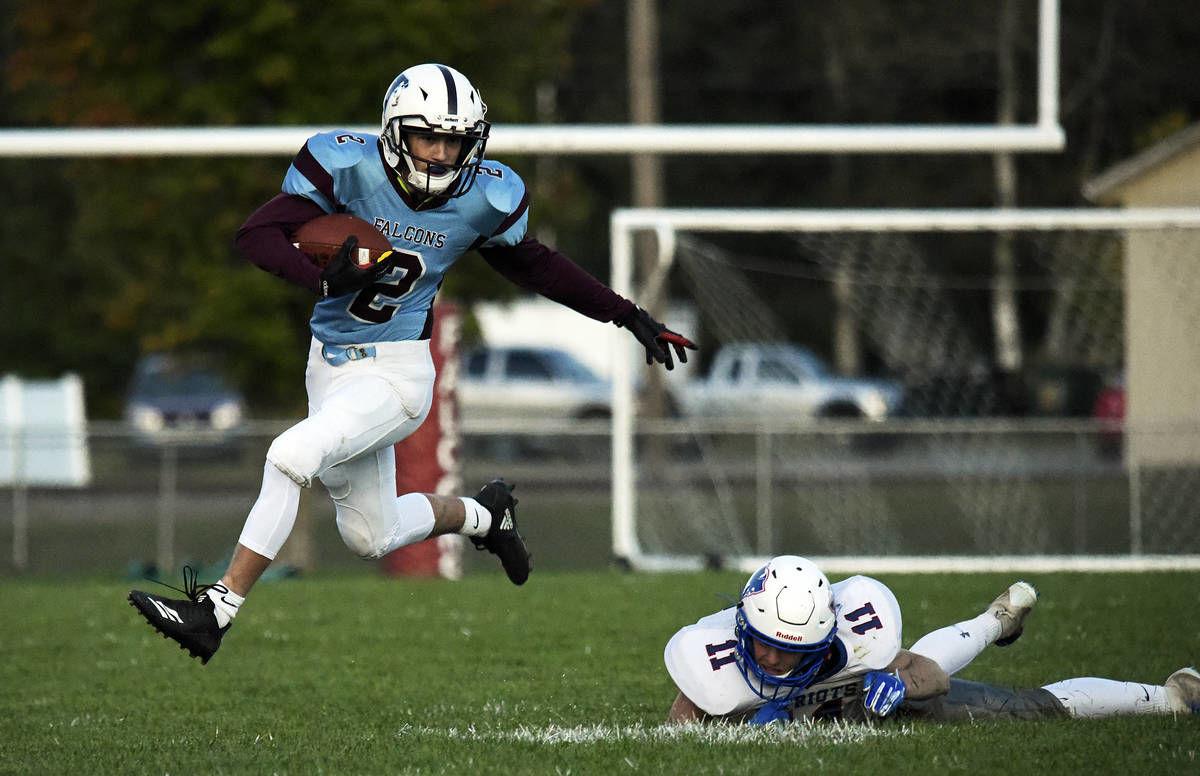 St. J Academy tops Lyndon 62-7 in the 115th playing of The Game at Robert K. Lewis Field on Saturday, Oct. 19, 2019. The Hilltoppers have now won six straight in the rivalry series. (Photo by Michael Beniash)

The 67th Shrine Maple Sugar Bowl is off — another big hit to the 2020 senior class.

The Shrine’s Board of Governors voted Tuesday night to cancel the late-summer fundraising football clash because of the ongoing coronavirus pandemic.

The annual battle pitting the top recently-graduated seniors from Vermont and New Hampshire was scheduled to be played Aug. 1 at Castleton University.

“Regretfully we had to cancel the game due to logistics reasons,” said Kristi Morris, the Shrine’s general chairman. “As everyone knows, Vermont has done a wonderful job managing the pandemic, but New Hampshire is still having some issues and there are just too many unknowns.

As was Vermont head coach Rich Alercio, who attended the board meeting in Lebanon, N.H.

“I am extremely disappointed for all the players involved who will miss out on this opportunity, but I understand all the reasons why its canceled,” said Alercio, the first-time Shrine coach who has led St. J to four Division I championship games in seven seasons while compiling a 53-19 record.

Six Northeast Kingdom football players — five from St. J Academy and one from North Country Union — were picked earlier this year to represent Vermont but won’t get a chance to play a final game.

“I called all of my St. J guys on the drive home because I wanted them to hear it from me first,” Alercio said. “I was really looking forward to coaching all the kids, and coaching my son one more time.

“The most disappointing thing is for these seniors it’s another thing that got canceled on them. With them losing prom and graduation and other stuff, we thought this was the one thing we could get for them.”

“Honestly it’s hard to say I was shocked by the decision,” he said. “Was I expecting the game to be canceled? No, but I understand the reasoning behind the decision. Personally, my disappointment is immeasurable and I think I speak for most of my Shrine teammates when I say that it takes a lot of skill, effort and dedication to football in order to make the Shrine team, and it saddens me to know that we won’t experience the honor of playing in the Shrine game.

“With that said I want to congratulate all my Shrine teammates on an incredible high school football career and I hope you all can stay positive in these unprecedented times.”

The chances of a Shrine Game being played were slim. Other Twin State games were called off recently, including senior all-star contests in lacrosse, soccer, ice hockey and field hockey. New Hampshire’s East-West all-star football game was canceled last week.

While the Shrine game could have been played without fans or limited attendance, Vermont’s restrictions on high-contact sports remain in place. Football is limited to low-contact physical conditioning and skill-building drills. There are no games or full practices allowed for football, per the guidance on youth and recreation sports issued from the Agency of Commerce and Community Development.

The teams were expected to report to Castleton the last week of July. All events in concert with the game were also shut down, including the week-long training camp, media day and other activities.

“We talked about many different ways this game could have evolved, but we don’t have the resources to move quickly,” Morris said. “We were really holding out hope to have a game, but it’s just not going to work out. There are just too many unknowns and right now football isn’t even allowed.”

New Hampshire last August toppled Vermont 21-9 to snap a three-game losing skid and improve its all-time record in the series to 48-16-2.

The Shrine Maple Sugar Bowl raises money for Shriners Hospitals for Children in Boston, Montreal and Springfield, Mass. In the first 66 years, the game has raised nearly $5 million.

Palmieri, The Record’s 2019 Football Player of the Year, was hoping to squeeze in one last game in Vermont before playing college ball at Endicott.

“I am disappointed,” he said. “Ever since I learned about the game between Vermont and New Hampshire, one of my main goals as an athlete was to be selected and represent my state. I was especially looking forward to being able to compete against great talent, make new memories and play in an incredible environment.

“However, as I got older, I became more aware of the true reason behind the game, which is to support the Shriners hospital. Due to our world’s current dilemma I understand the decision to reinforce health and safety. But in the end, I’m always going to look back wishing I was able to play for Vermont.”

NOTE: Three of the five Hilltoppers will continue their football pursuits in college. Anderson is playing ball at Nichols College, Guckin at Norwich and Palmieri at Endicott. Hudson, meanwhile, is headed to Coastal Carolina and Alercio to UConn. … It’s the first time the Shrine Game has been canceled since it was established in 1954.