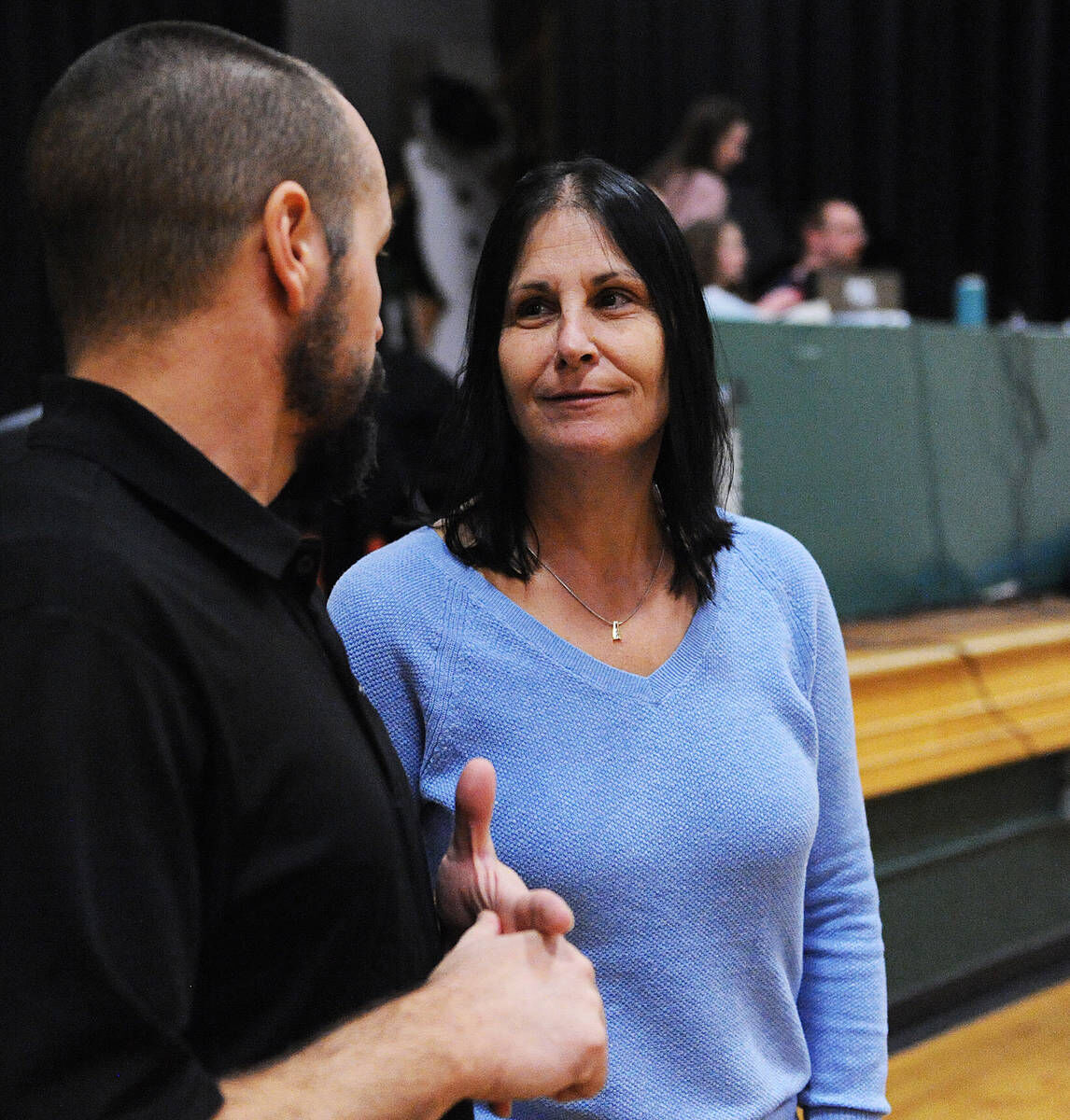 Danville coach Tammy Rainville, named Mountain League coach of the year in 2020, is stepping down ahead of the 2021 campaign. (Photo by Paul Hayes) 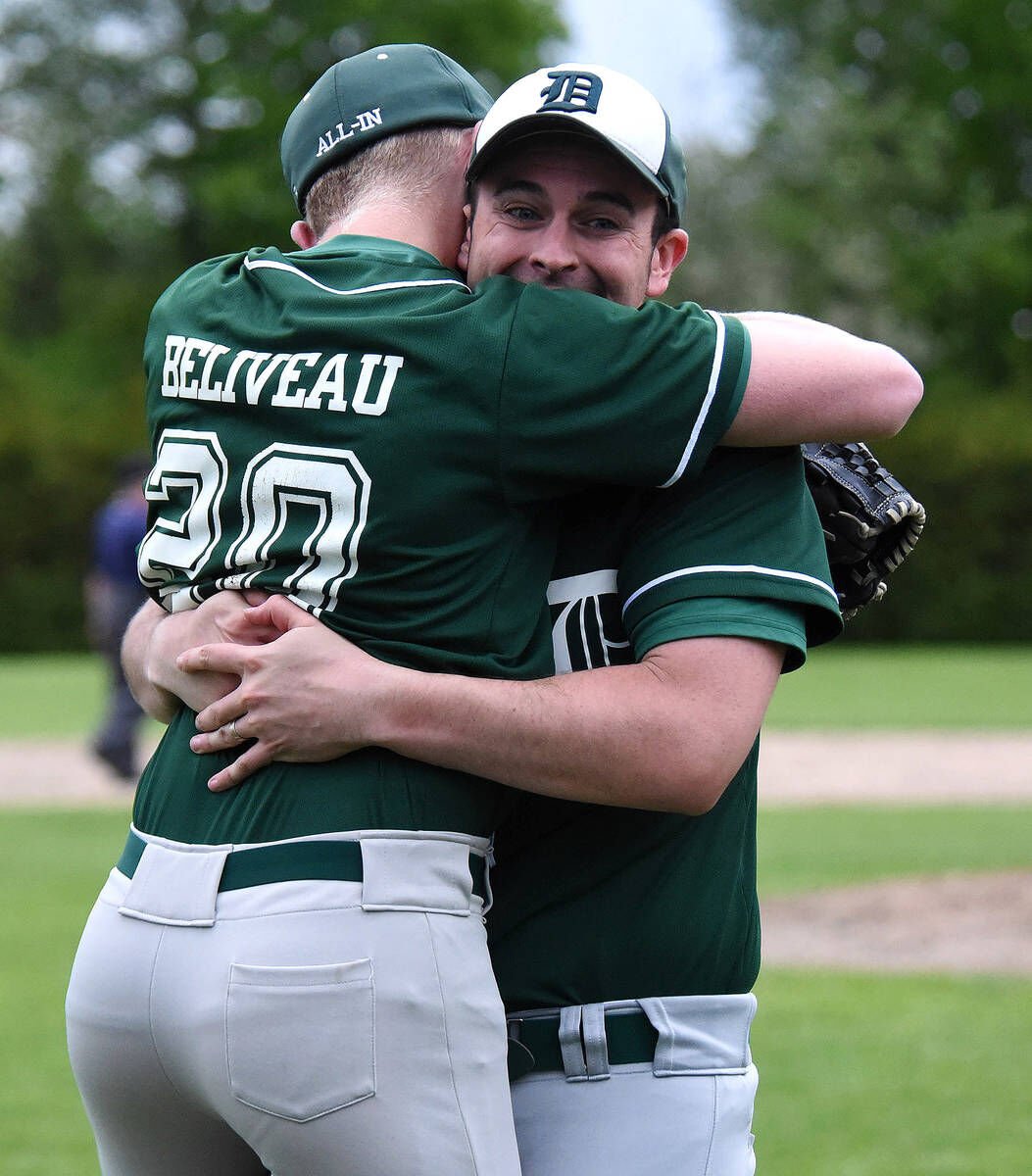 Nick DeCaro, the Danville baseball coach, is taking the reins of the girls basketball program. (Photo by Michael Beniash)

Danville coach Tammy Rainville, named Mountain League coach of the year in 2020, is stepping down ahead of the 2021 campaign. (Photo by Paul Hayes)

Nick DeCaro, the Danville baseball coach, is taking the reins of the girls basketball program. (Photo by Michael Beniash)

Danville varsity girls basketball coach Tammy Rainville is stepping down ahead of the 2021 season because of family health concerns of coaching during the COVID-19 pandemic.

“It was a tough decision, but I wanted to limit my contacts,” said Ranville, the decorated coach who returned to the Danville sidelines for a third stint last season and went on to earn Mountain League coach of the year honors. “It was a decision I had to make not just for me, but for the girls and the program. I didn’t want to leave them hanging.

“They are a great group of girls who are a lot of fun and have a lot of talent.”

Nick DeCaro will slide in and take the reins of an Indians program with big expectations this winter.

DeCaro, the school’s varsity baseball coach, has been the girls JV and varsity assistant hoops coach for the past three seasons.

“There is a lot of excited emotion, but it’s a unique situation,” DeCaro said. “Coach Rainville is a legend around Danville. She’s a longtime coach and AD here, and she gave me my start with the baseball program. She’s someone I really look up to. I am grateful for her and Randy [Rathburn, current AD] entrusting me with the future of the program.”

When Rainville decided to step away in December, DeCaro was the logical successor. He brings familiarity and a championship resume.

“He’s a proven leader and familiar with our student-athletes; he’s also a championship baseball coach,” Rathburn said. “He’s coached these girls up through; he’s coached at every level in every sport and is very familiar with these girls. I could not think of a better fit, given these circumstances.”

Rainville agreed. “Nick knows the girls well, and he’s big-time into Danville. He and I worked well together. We share the same philosophies. He’ll do a great job.

“I’ll support them any way I can.”

In her return last winter, Rainville helped the Indians to a 12-8 regular-season mark while earning the No. 5 seed in the D-IV tournament. The Indians lost in the quarterfinals to No. 4 Mid-Vermont Christian.

After graduating only one senior (Jasmine Esposito), the Indians are looking to break through to the program’s first final four since 2013.

“I certainly hope for a smooth transition,” DeCaro said. “I’ve coached these girls in elementary and middle school. With three different head coaches in three years [Jim Wilkins, 2018], that’s not always a recipe for success, but I’ve been in the background with the other two staff and there’s familiarity. With this group, I think we can hit the ground running.”

“The biggest thing we started talking about Monday was that we would do everything we can to control what we can control,” DeCaro said. “That includes team unity, respect, hustle and effort. If we can take care of little things, we can be really competitive this year.

“This is something that’s been building for a few years. The girls have had success the last couple of seasons, which has instilled confidence. Now we need to work on being consistent every time we take the court.”

Tiffany Benoit, a 2009 Danville alumna, will coach the JV girls and be a varsity assistant this winter.

Help us choose the Caledonian-Record's boys high school Athlete of the Week for the week of Feb. 22-28.

Help us choose the Caledonian-Record's girls high school Athlete of the Week for the week of Feb. 22-28.