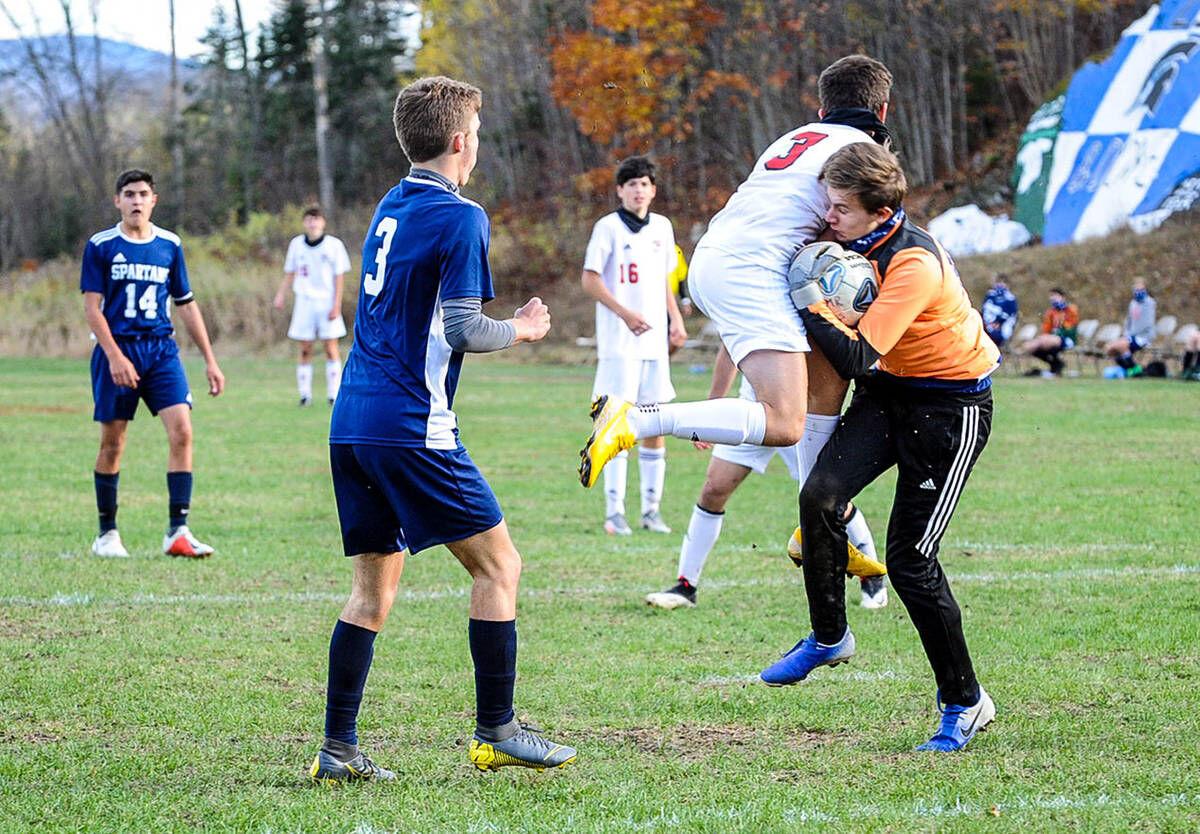 White Mountains goalkeeper Keigan George makes the save as a Berlin player twists to avoid contact during the Mounties' win on Wednesday, Oct. 14, 2020. (Photo by Arlene Allin) 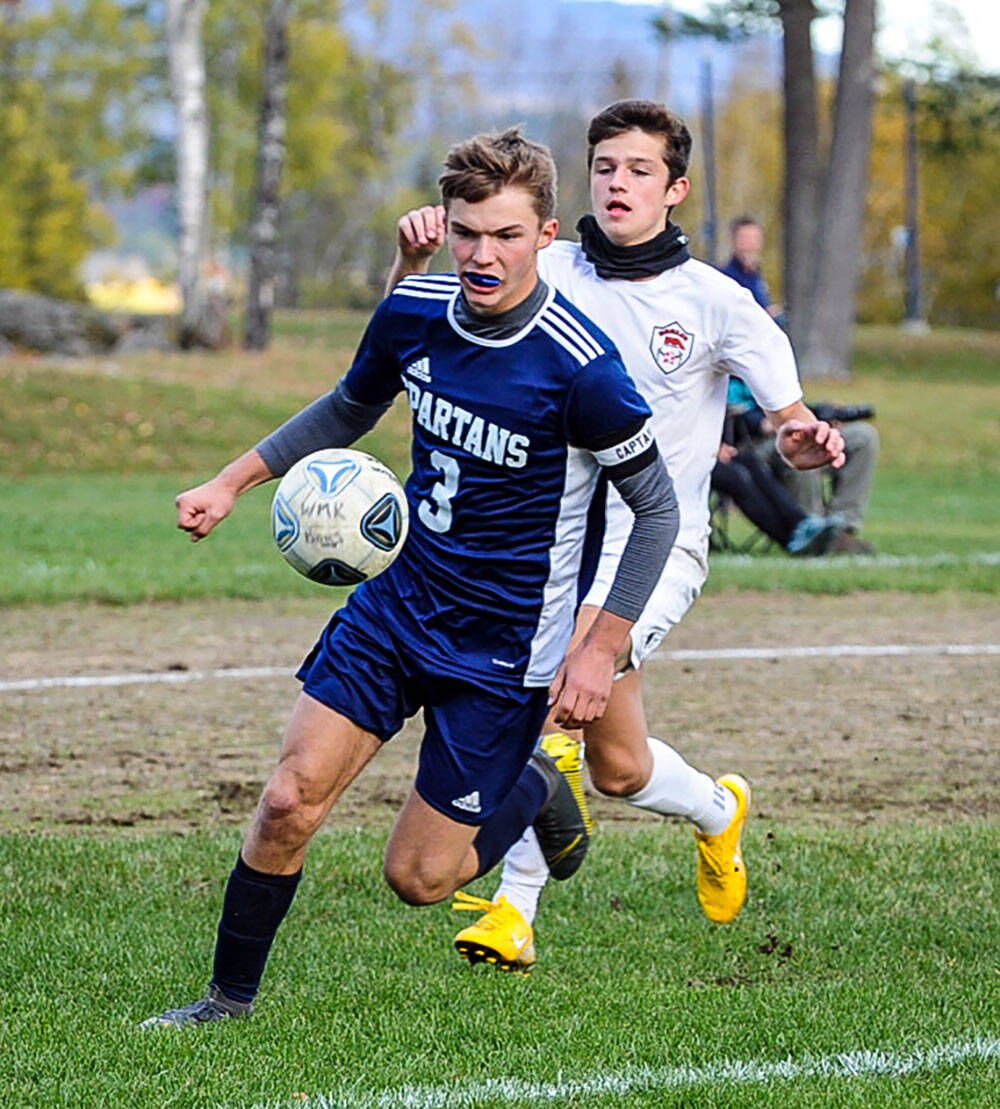 White Mountains goalkeeper Keigan George makes the save as a Berlin player twists to avoid contact during the Mounties' win on Wednesday, Oct. 14, 2020. (Photo by Arlene Allin)

WHITEFIELD — On goals in the first and last few minutes of the first half, Berlin prevailed over Divission III rival White Mountains Regional 2-0 on Wednesday.

With three minutes gone, the Melanson brothers teamed up on a throw-in by Kolin and a header inside by Griffin to take the lead.

While the Berlin varsity coach was away for a family emergency, former coaches Craig Melanson (now the athletic director) and Mike Poulin came out of retirement for the one practice and one game to help out.

Possession was on the Spartan side for most of that opening half and inside the 18 often. The corner chances ended in WMR’s favor, 11-3 overall. Berlin took three more shots, 13-10 and accuracy mattered.

With two minutes to halftime, the Mounties connected again. A cross from Tyler Rousseau was picked up by Ben Estrella and touched to Jamison Walsh for a riser that brushed the outstretched fingertips of WMR goaltender Keigan George.

Berlin attacked after break. The Spartans survived. George was slightly off his game early denied Kolin Melanson on a hard shot before break and had big save at the post before he faced a penalty kick for a hands call midway through the second half.

George dropped to his knees and collected the low shot by Carter Poulin to hold the line. The Mountie in goal, Shaun, had seven saves to maintain the shutout. Brayden White fired a couple of likely before he moved back to sweeper.

WMR coach Andy Cliché said their best chance was the Parker Valdez header off a corner that hit the cross bar and dropped down on the line then back into play.

Cliché assessed, “That early goal hurt us. I thought we played well in both halves. Logan Rines at outside full helped us. We were more consistent for the game then we have been. We just have to find the net.”

WMR at 1-4 has four games left and will be at Littleton on Friday and Berlin at 8-2 with three games left will host WMR next Wednesday.