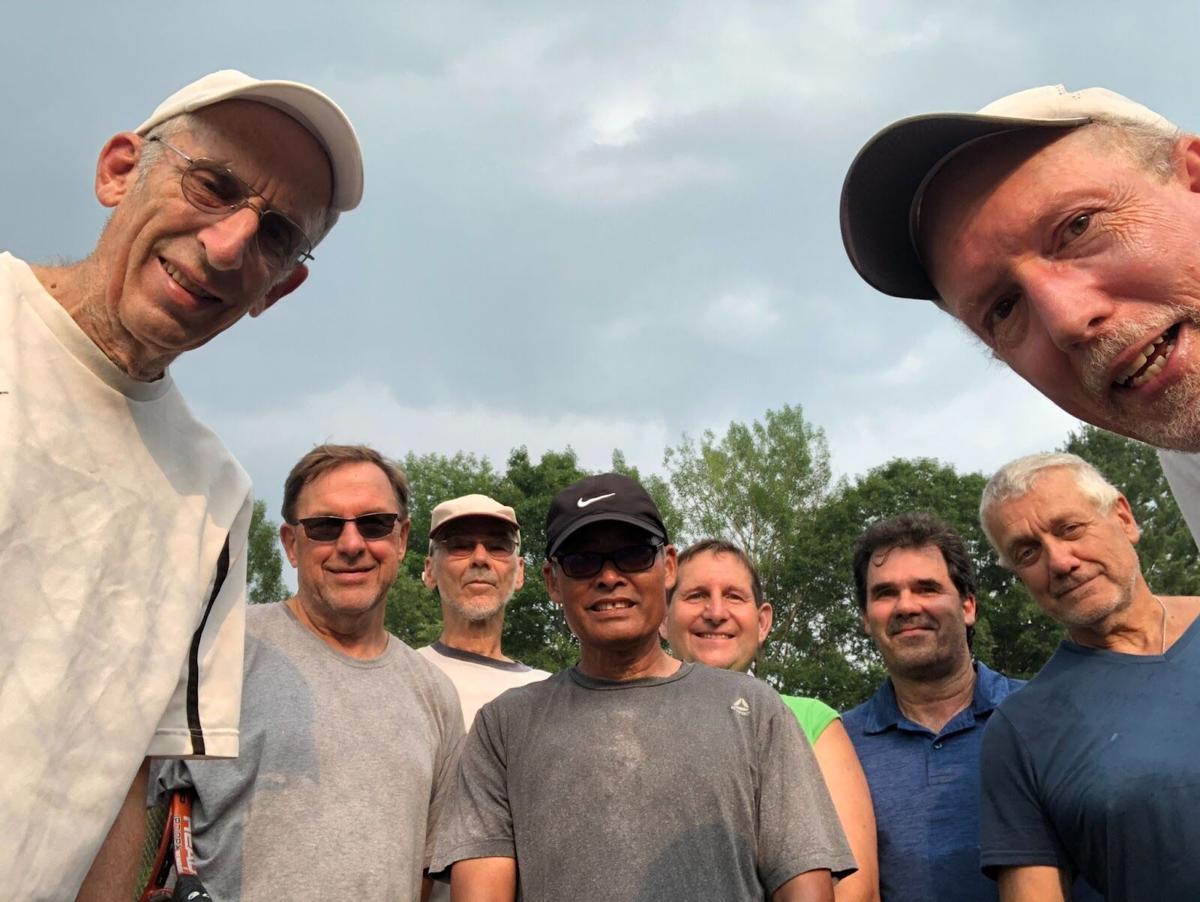 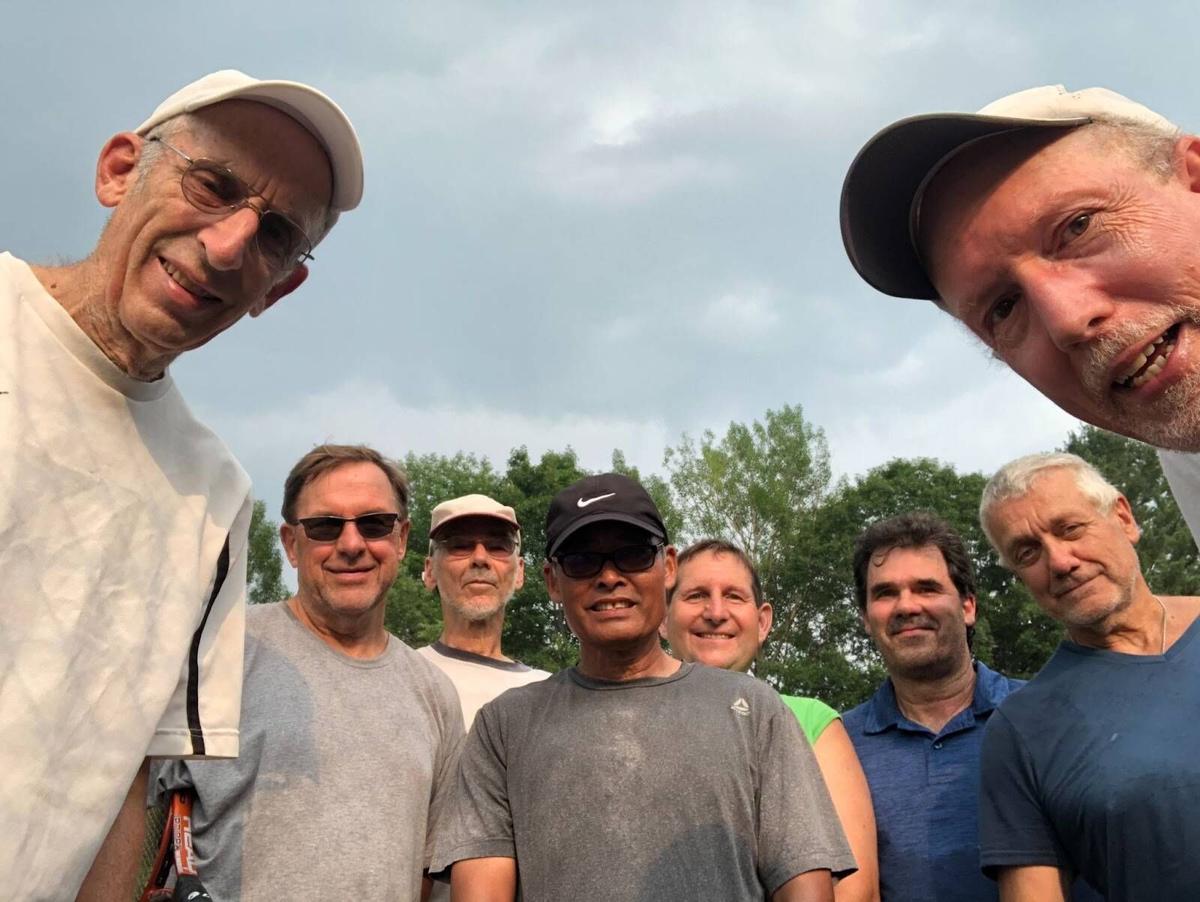 While eight was enough for a round robin, most weeks there are far more players attending the event. In this week’s gathering, John Sayarath garnered top honors winning 16 games, with Andy Gentile, Tom Powers, and Rick Stodola close behind with 15 games. Marcel Dion and Neil Raphel racked up 14 games, while Richard Smith and Steve Bennett tallied 10 and nine games, respectively.

The group has been playing since the last week of May, continuing a long tradition established by legendary coach/player Dudley Bell. Coach Bell started the Monday Night Men’s Tennis group over 20 years ago. He retired as the event’s organizer at the end of 2019.

Tom Powers, a longtime participant of the group, aptly described the group by saying, “There is a lot of diversity in this group. Everyone enjoys coming to play tennis together every Monday even though we are not at the same different level of playing. There are some people who have played in college, high school, some are coaches, and some had never played tennis before. Yet, everyone seems to be happy and play well together, although we can be very competitive.”

In addition to the friendly competition, the group also enjoys catching up with one another and socializing.

After this Monday’s round robin, Sayarath asked the group, “What should be our theme tonight?”

Richard Smith, who was designated to take over the organization of the matches after Dudley Bell retired, replied, “Dudley in July.”

Everyone agreed to honor Bell, a participant in multiple sports in Senior Olympic Games, and his tradition of promoting tennis and athletics in St. Johnsbury.

The Men’s Monday Night Tennis group meets from approximately 4 p.m. until dusk from late May to early September, weather permitting.

Girls Athlete Of The Week: Ballots For Sept. 6-12

Help us choose the Caledonian-Record's girls high school Athlete of the Week for the week of Sept. 6-12.

Boys Athlete Of The Week: Ballots For Sept. 6-12

Help us choose the Caledonian-Record's boys high school Athlete of the Week for the week of Sept. 6-12.