Log In Register
You are the owner of this article.
Edit Article Add New Article
You have permission to edit this article.
Edit
Home
News
Sports
Opinion
Community
Features
E-Edition
Archives
Advertise
Subscribe
1 of 14 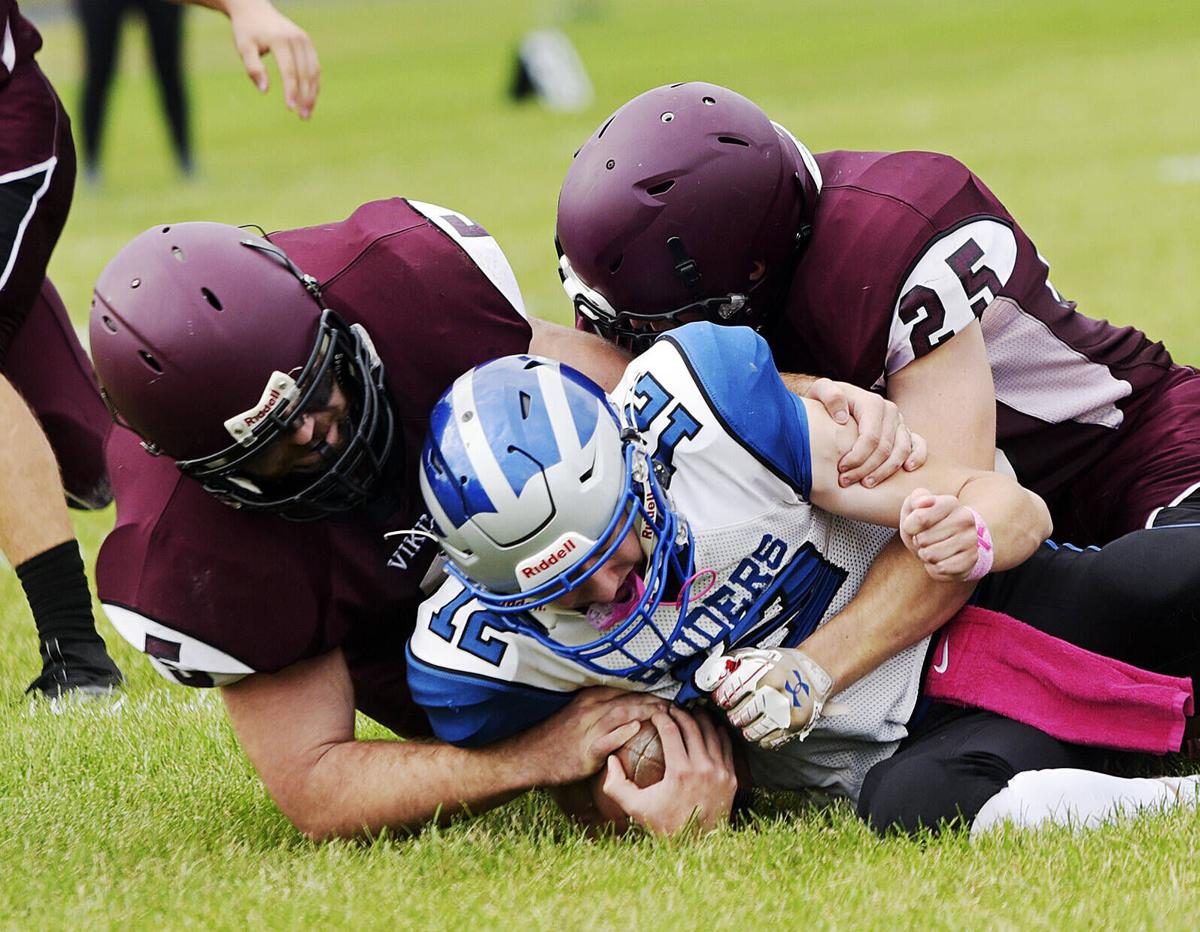 Bryon Noyes, left, and Colby Simpson tackle U-32 quarterback Cameron Comstock for a loss during Lyndon's 16-6 loss to the Raiders at Robert K. Lewis Field on Saturday, Oct. 16, 2021. (Photo by Paul Hayes) 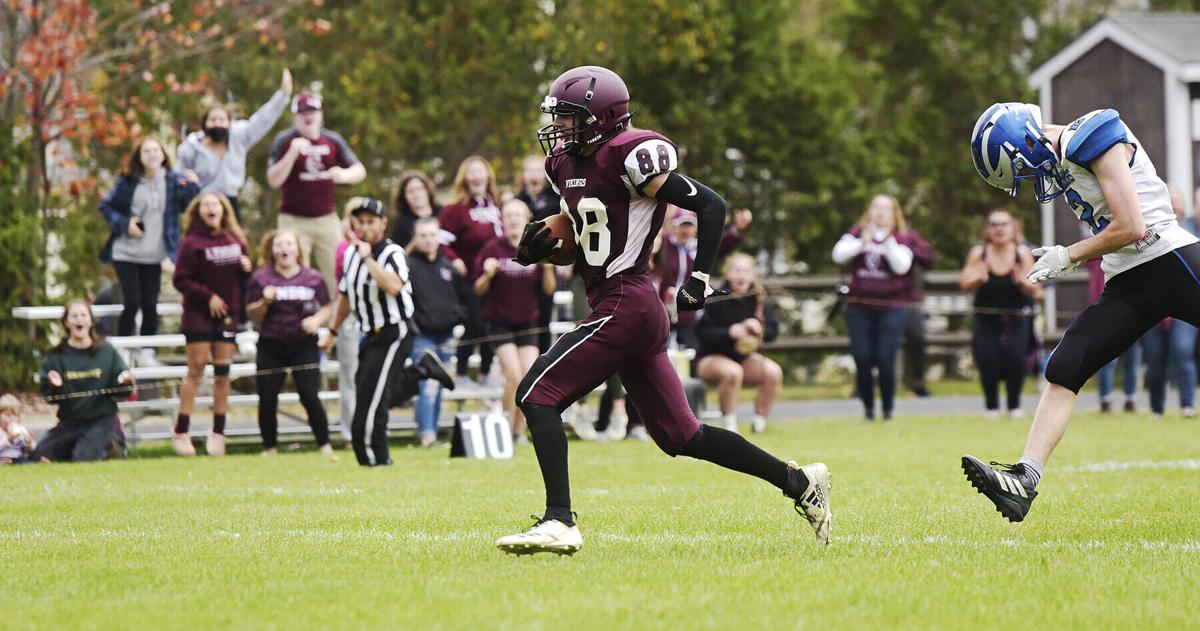 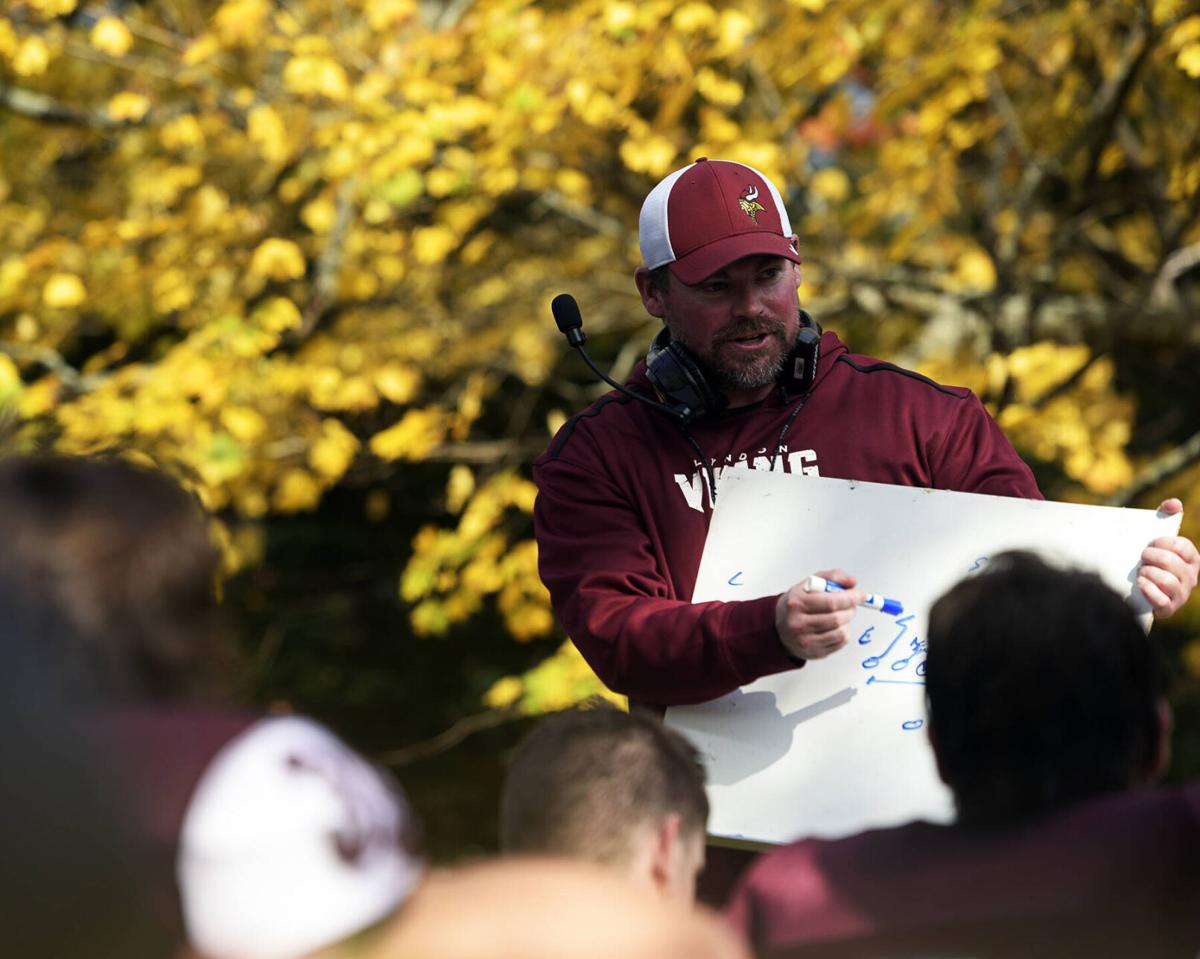 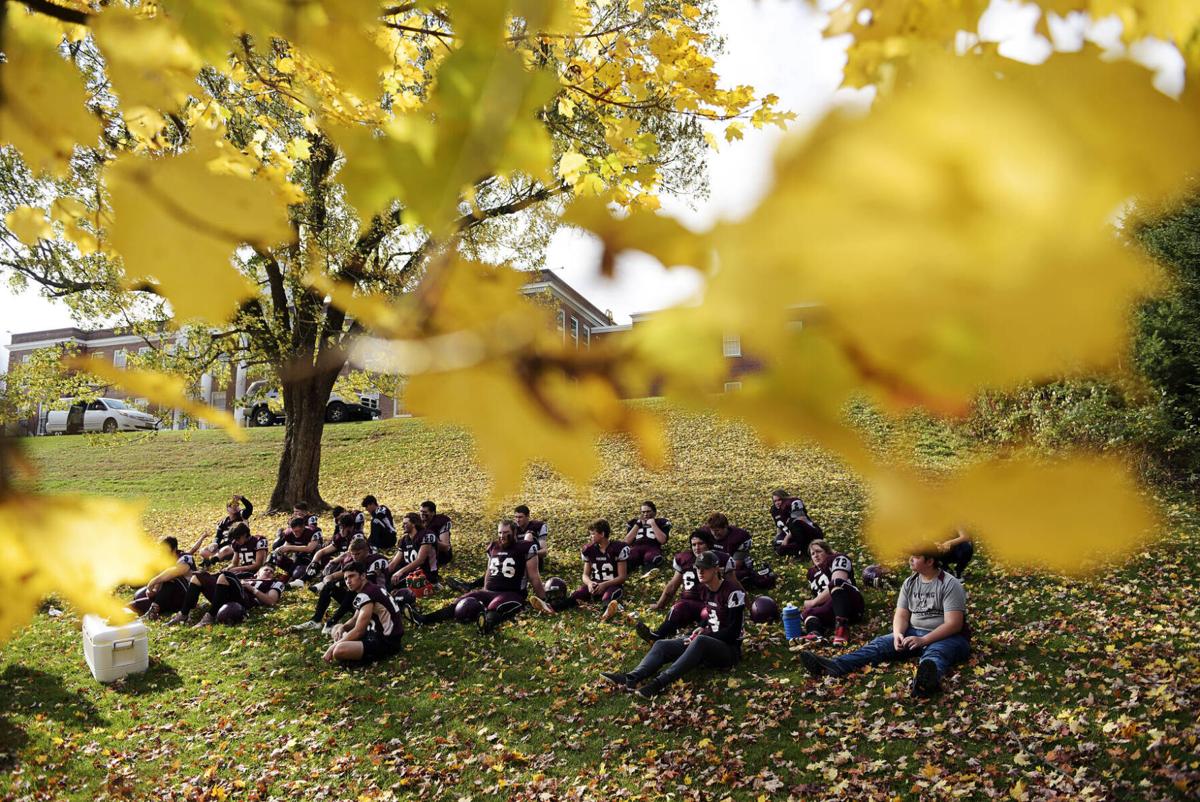 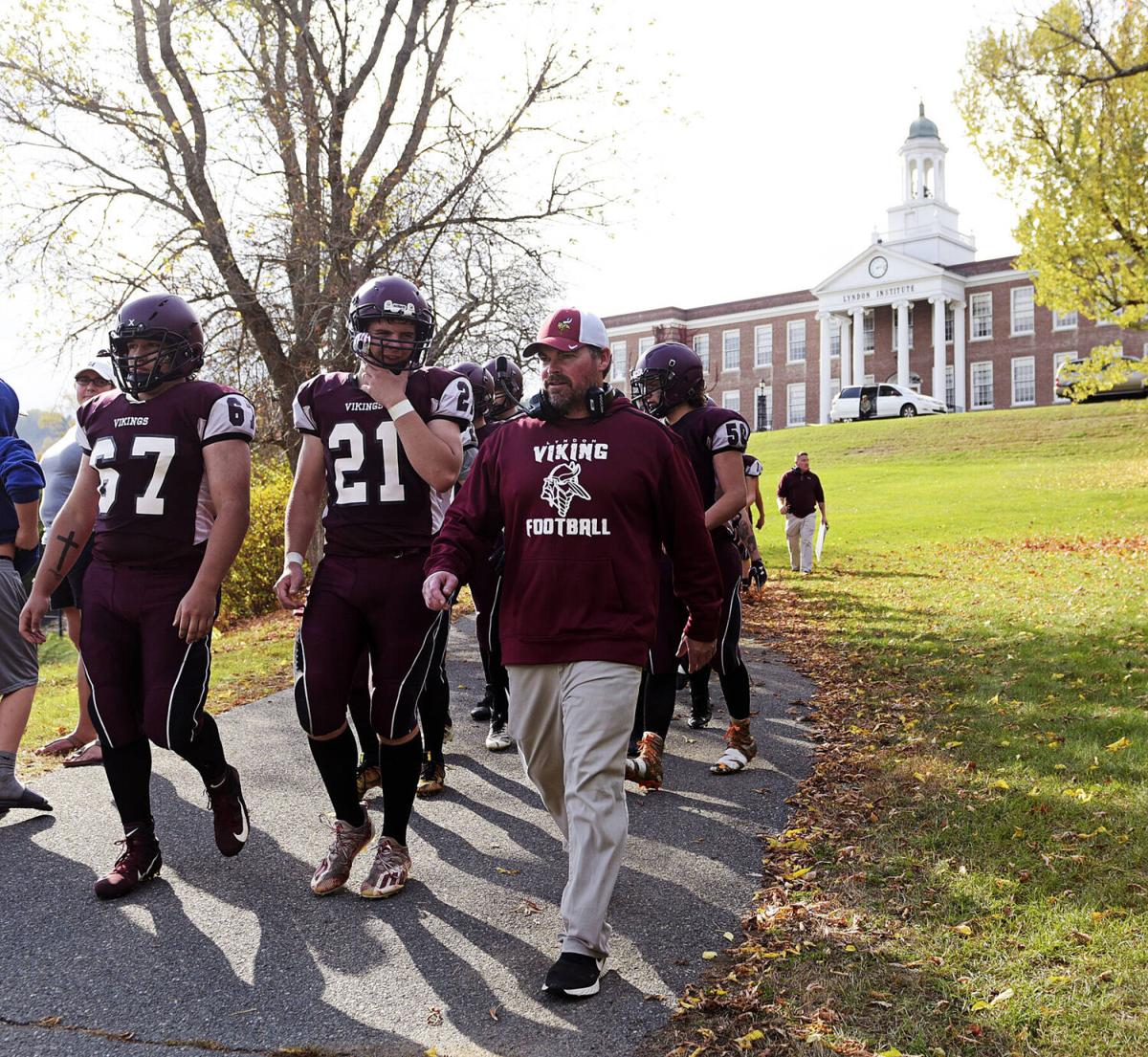 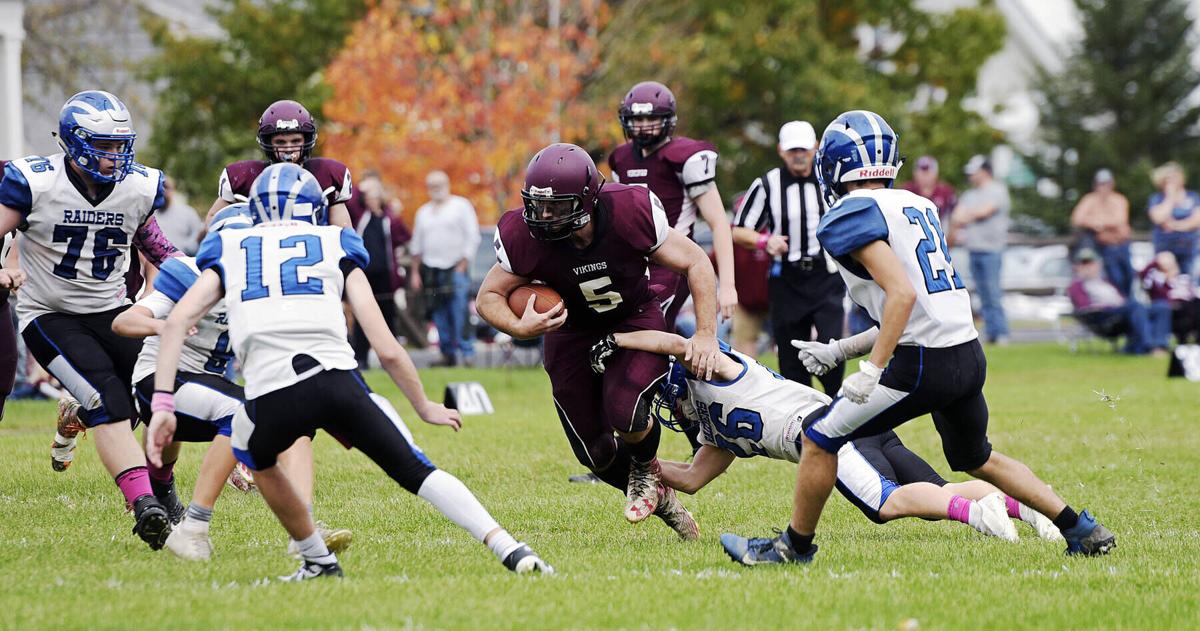 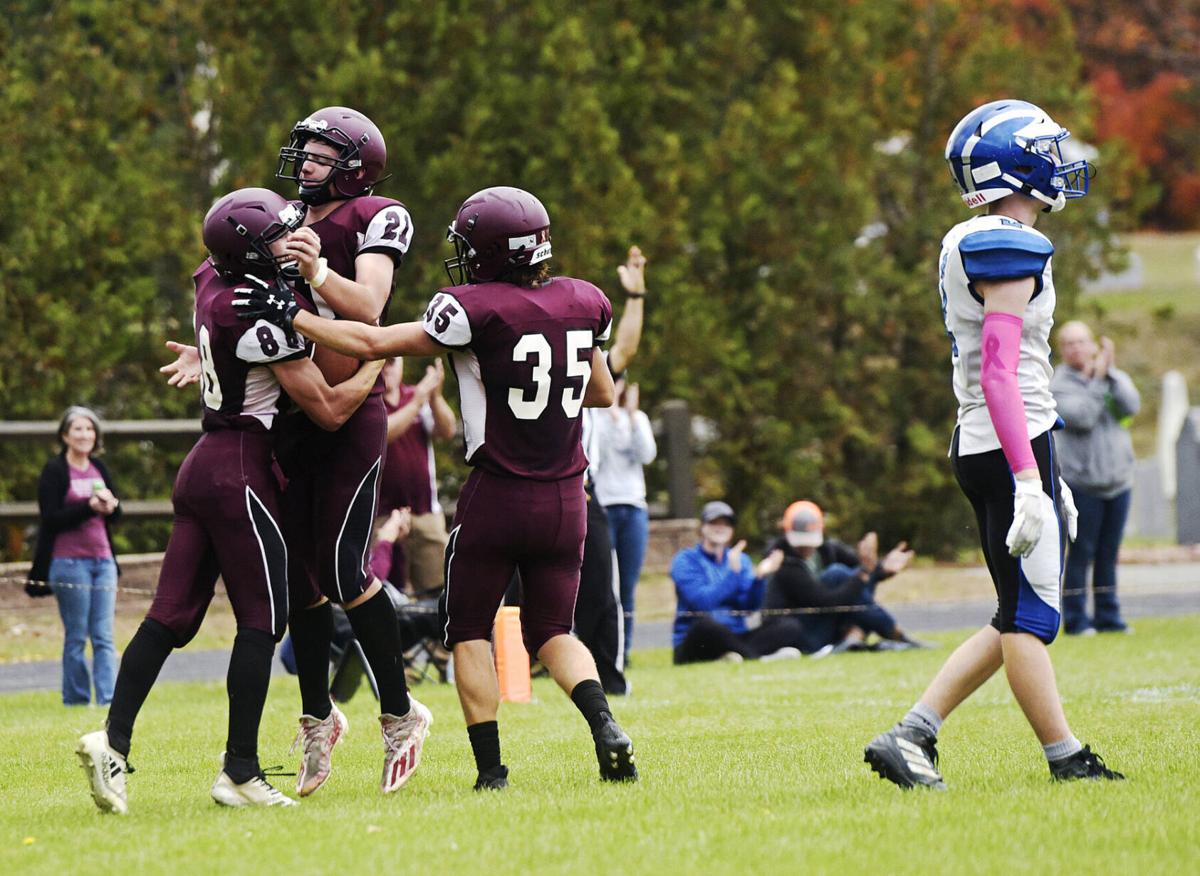 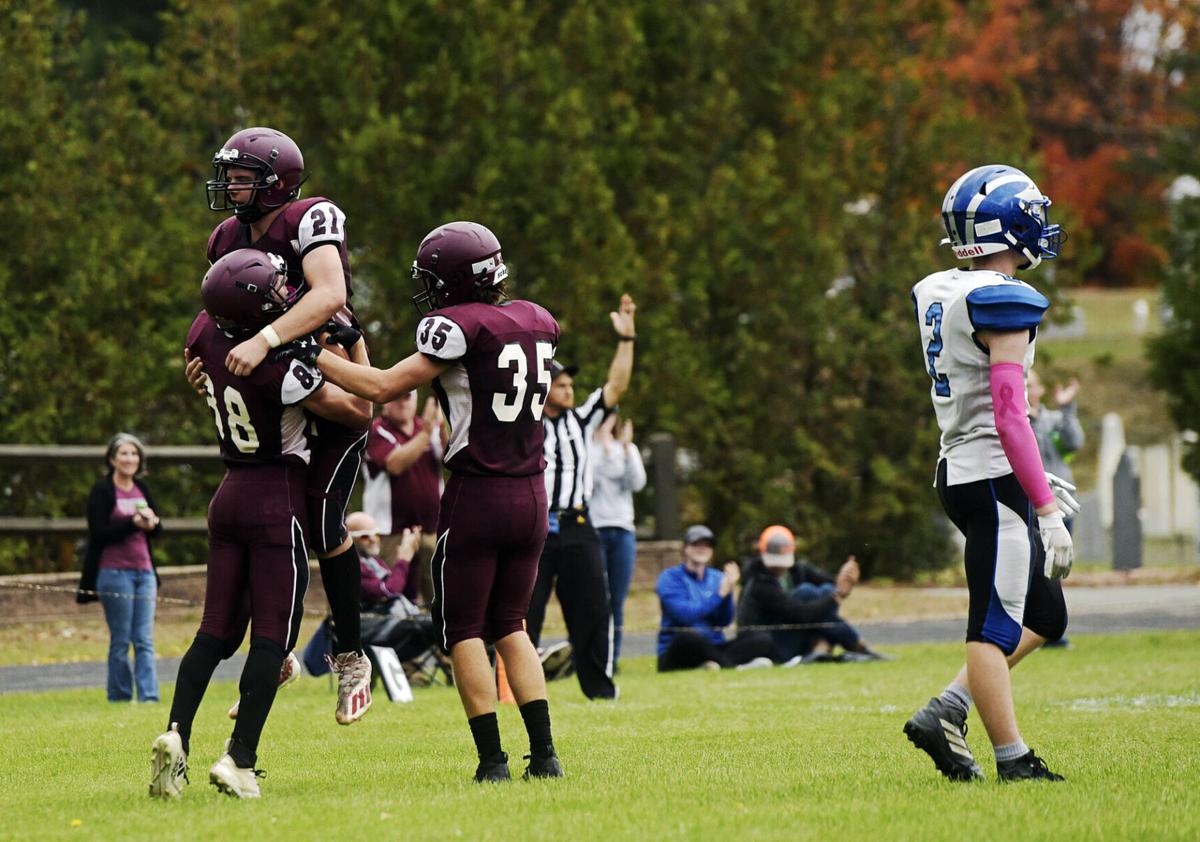 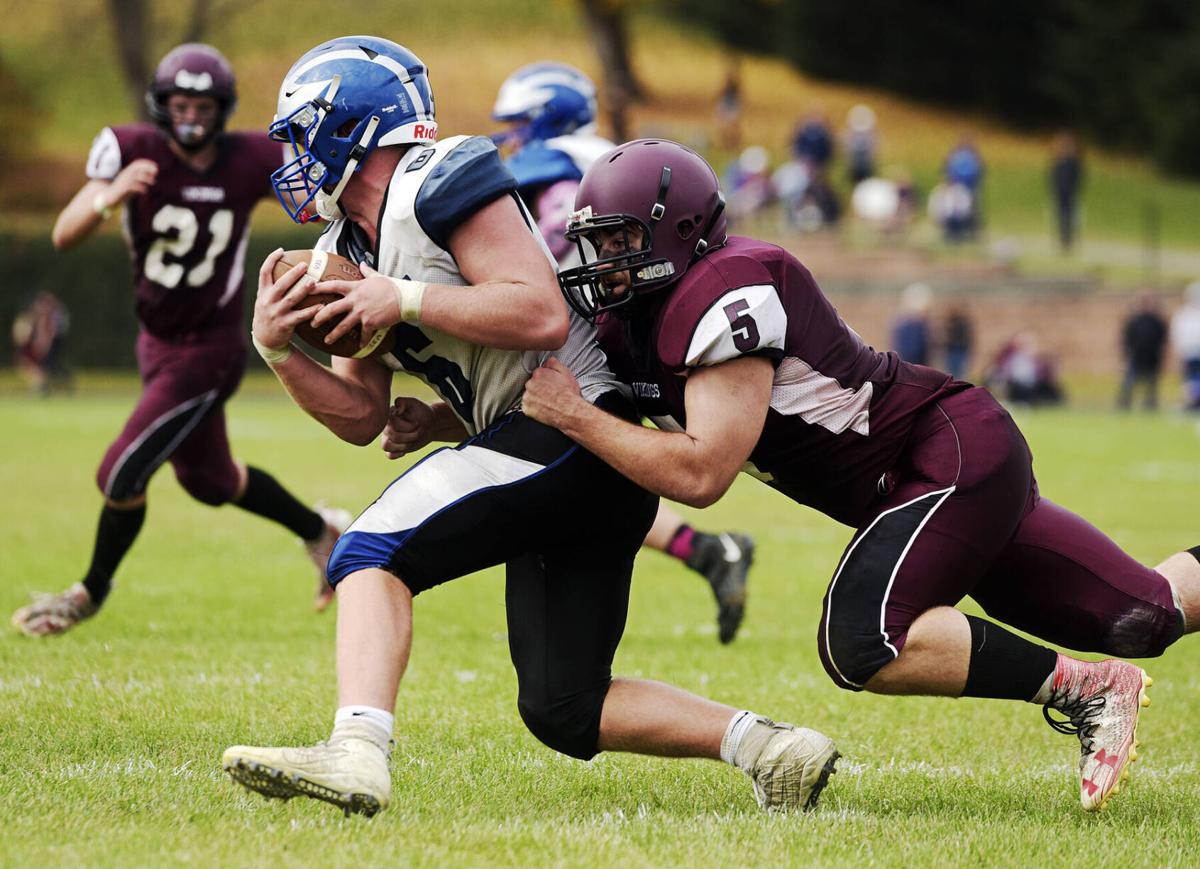 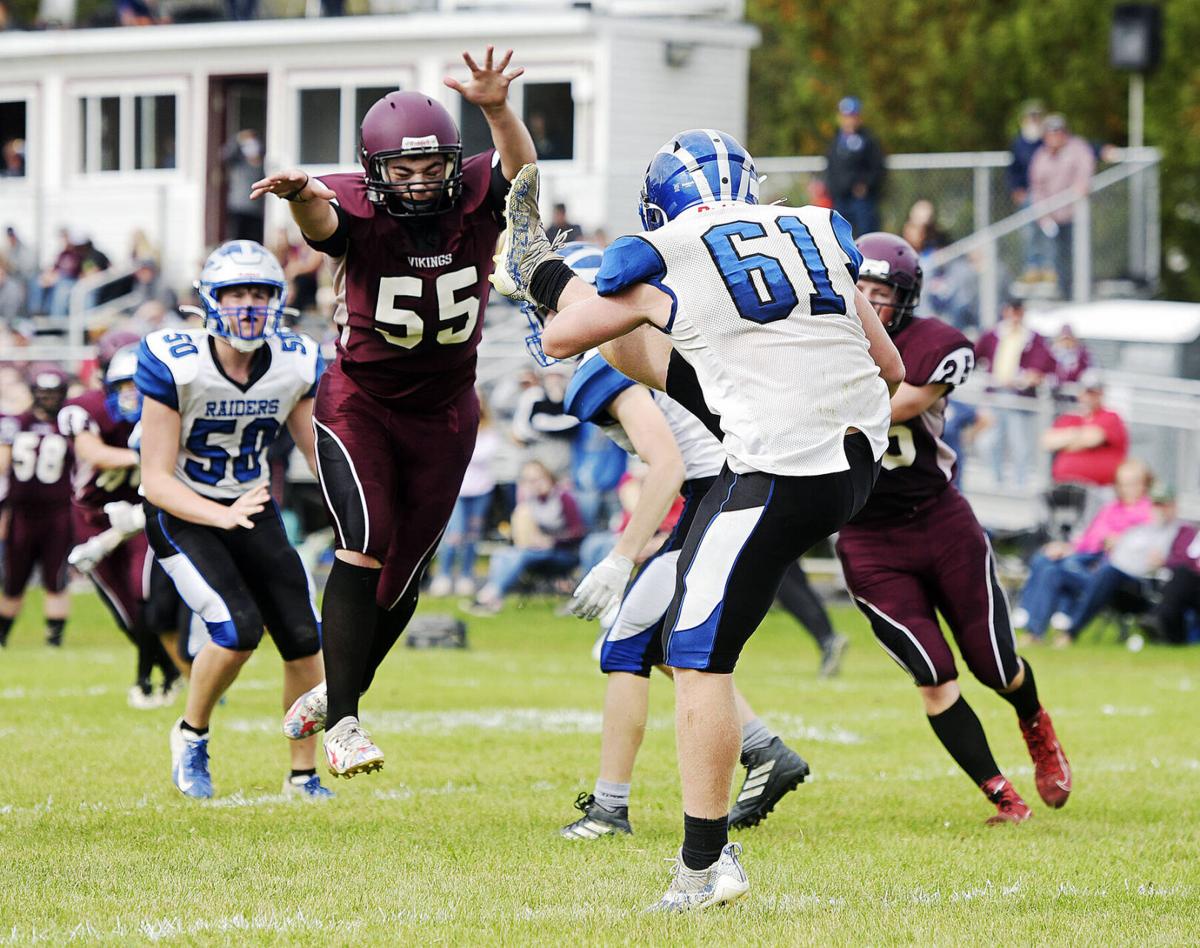 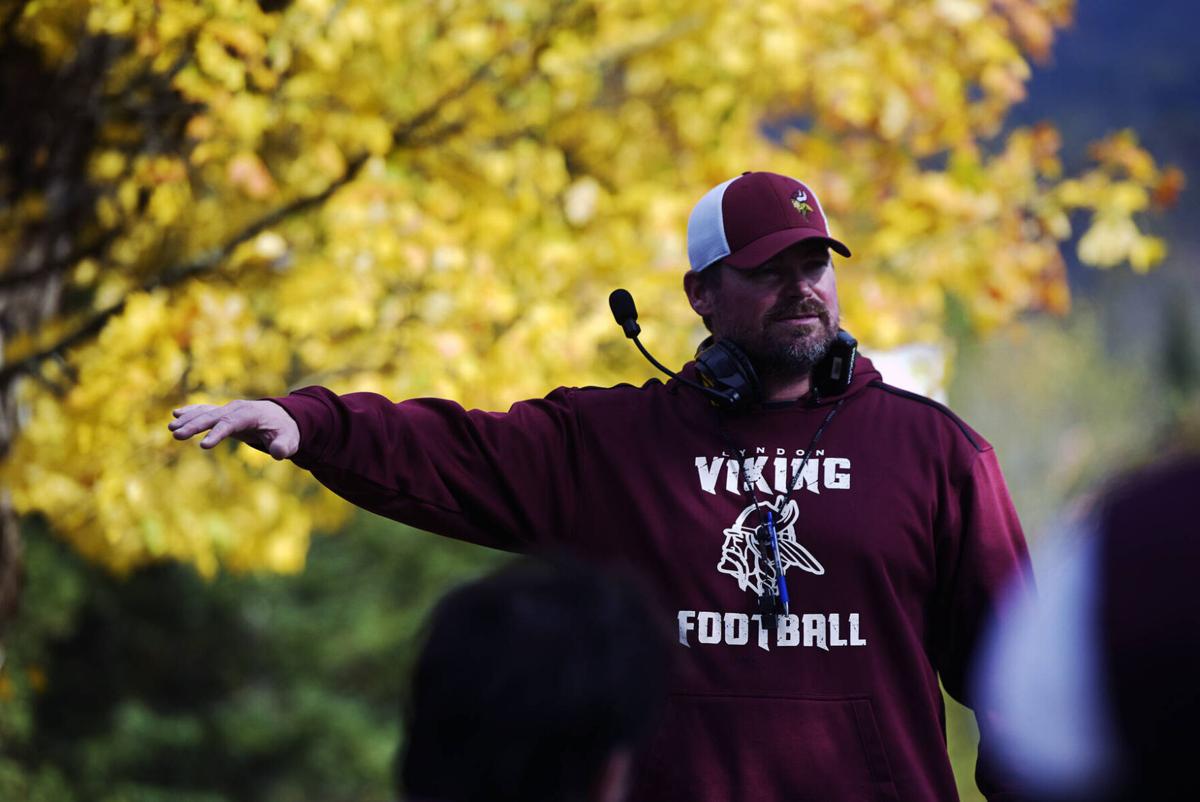 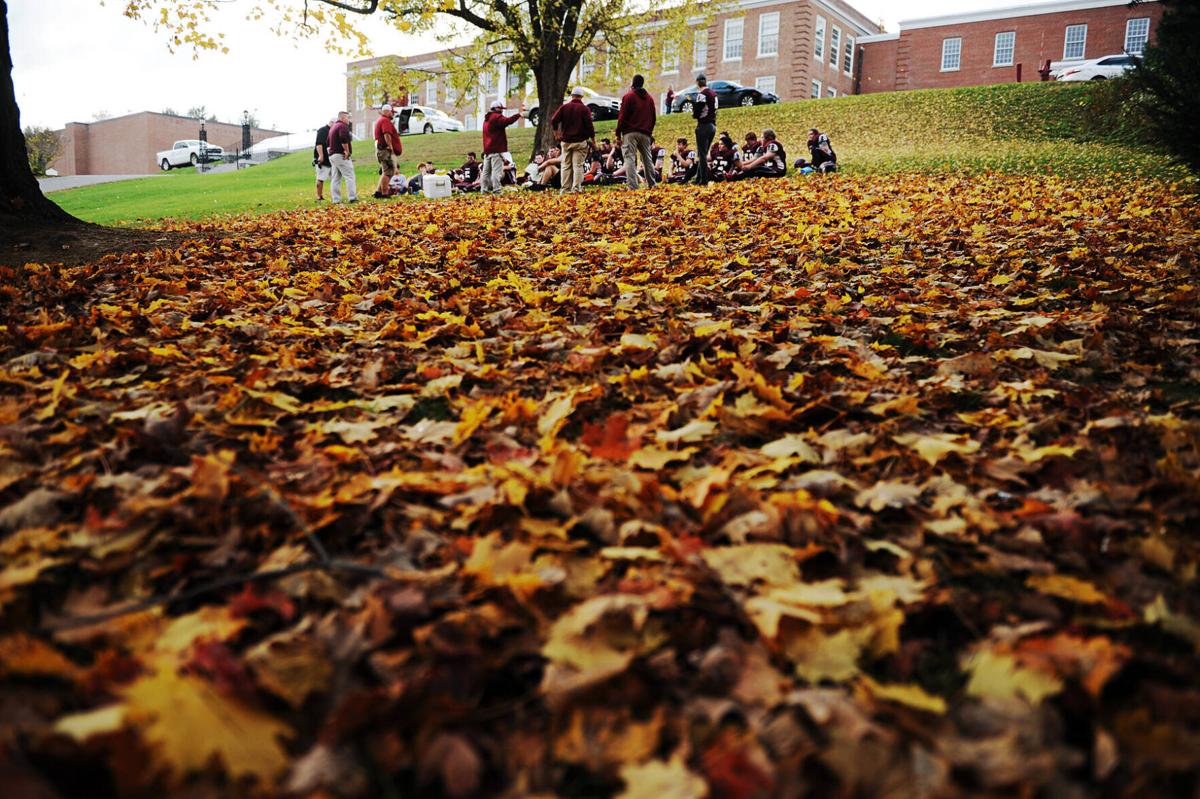 Bryon Noyes, left, and Colby Simpson tackle U-32 quarterback Cameron Comstock for a loss during Lyndon's 16-6 loss to the Raiders at Robert K. Lewis Field on Saturday, Oct. 16, 2021. (Photo by Paul Hayes)

Lyndon Institute turned the ball over four times in a 16-6 loss to U-32 at Robert K. Lewis Field on Saturday.

The Vikings (3-3) also committed two pass interference penalties, one negating an interception and the other setting up the Raiders‘ decisive second score.

Those missteps spoiled an otherwise outstanding performance by the Vikings’ defense.

They did so without first-string defensive backs Cam Berry (injury) and Ethan Chhoeung.

LI has allowed a respectable 19 points per game this season, and just 14 ppg over the last three contests.

“They fly to the ball,” said U-32 head coach Brian Divelbliss about the LI defense. “There’s not one or two guys on the tackle. They’re having four or five guys on the tackle and that makes it tough. They’re an aggressive team and they’re well-coached.”

With the win, U-32 (5-2) remains in contention for the second seed and home-field advantage through the first two playoff rounds.

Meanwhile, Lyndon appears destined for the 4/5 game, with the winner likely to face undefeated top seed Bellows Falls in the semifinals.

Official power rankings will be released this week.

Twice, U-32 capitalized on Lyndon miscues.

In the third quarter, the Raiders recovered another fumble deep in Vikings’ territory.

On fourth and 10, a Comstock throw fell incomplete. However, LI was called for pass interference, giving U-32 the ball back on fourth-and-1. Comstock responded with a 9-yard keeper for a first down and a 2-yard TD run. A Crosse Gariboldi two-point conversion made it 16-0 at 5:21.

“Twice they were set up with short fields on bad plays by us,” Nolan said. “It’s unfortunate. We can’t have those kinds of unforced errors and expect to beat good teams, and U-32 is a solid football team.”

Nolan also gave credit to the U-32 defense, particularly DT Henry Beling, “He made our life miserable throughout, the kid’s a horse. It was a struggle between the tackles on account of him.”

Down but not out, Lyndon showed its trademark toughness in the fourth quarter.

After the Vikings had two deep drives into the red zone end with fumbles, LI broke through with a lightning-strike score.

Moments later, Lyndon regained possession at 2:53 and drove 55 yards before turning the ball over on downs to end the game.

“[Hale] did a good job of executing our two-minute offense. That’s not easy. We made some plays down the field and put ourselves in position,” Nolan said. “Can’t fault our kids, I’m proud of them, they continue to battle. We just have to be cleaner.”

NOTES: Hale and Ashton Gould alternated at quarterback in place of Berry (injured). Berry, who started the previous three contests, is out through at least the end of the regular season.