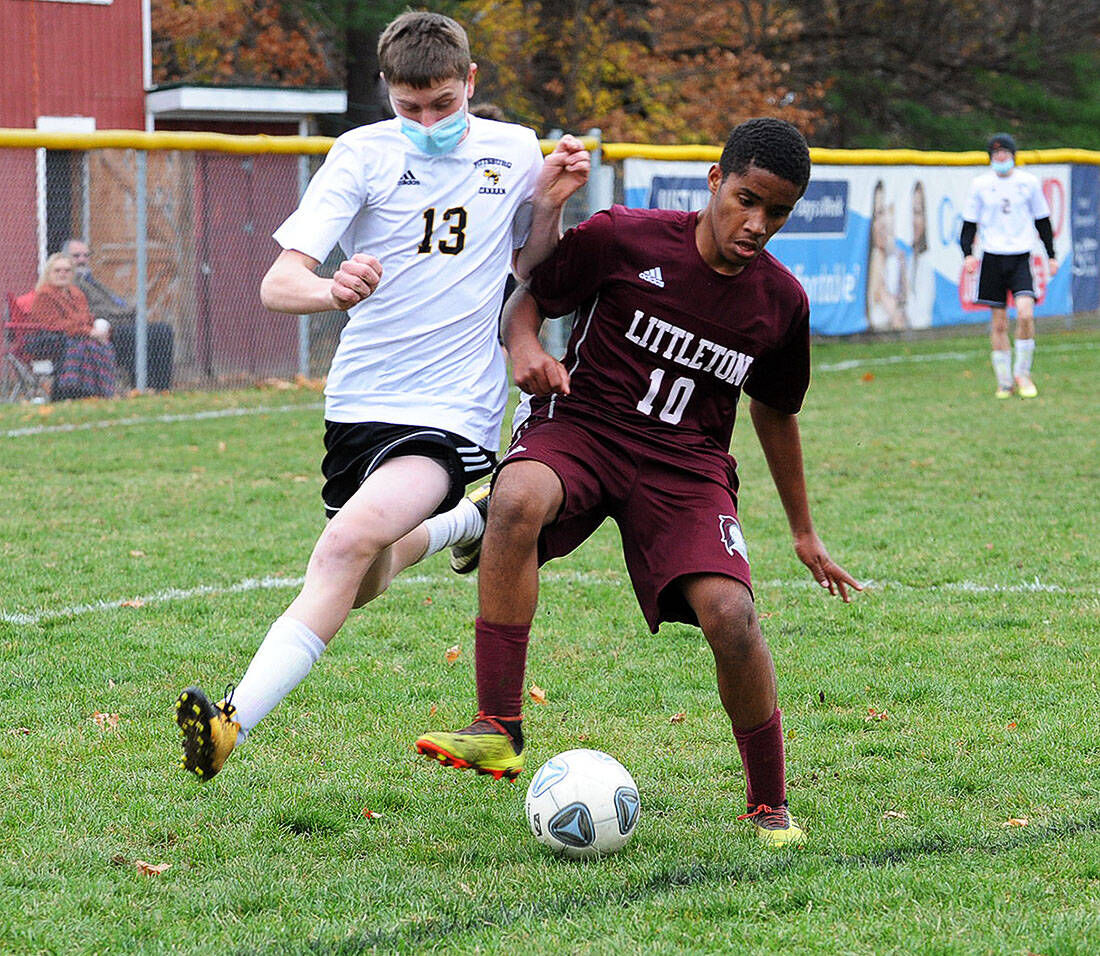 Littleton's Joelvy Perez steals the ball from Pittsburg-Canaan's Colby Rodriquez during the Crusaders' 5-1 win at Remich Park on Wednesday, Oct. 28, 2020. Perez had two goals and an assist. (Photo by Arlene Allin) 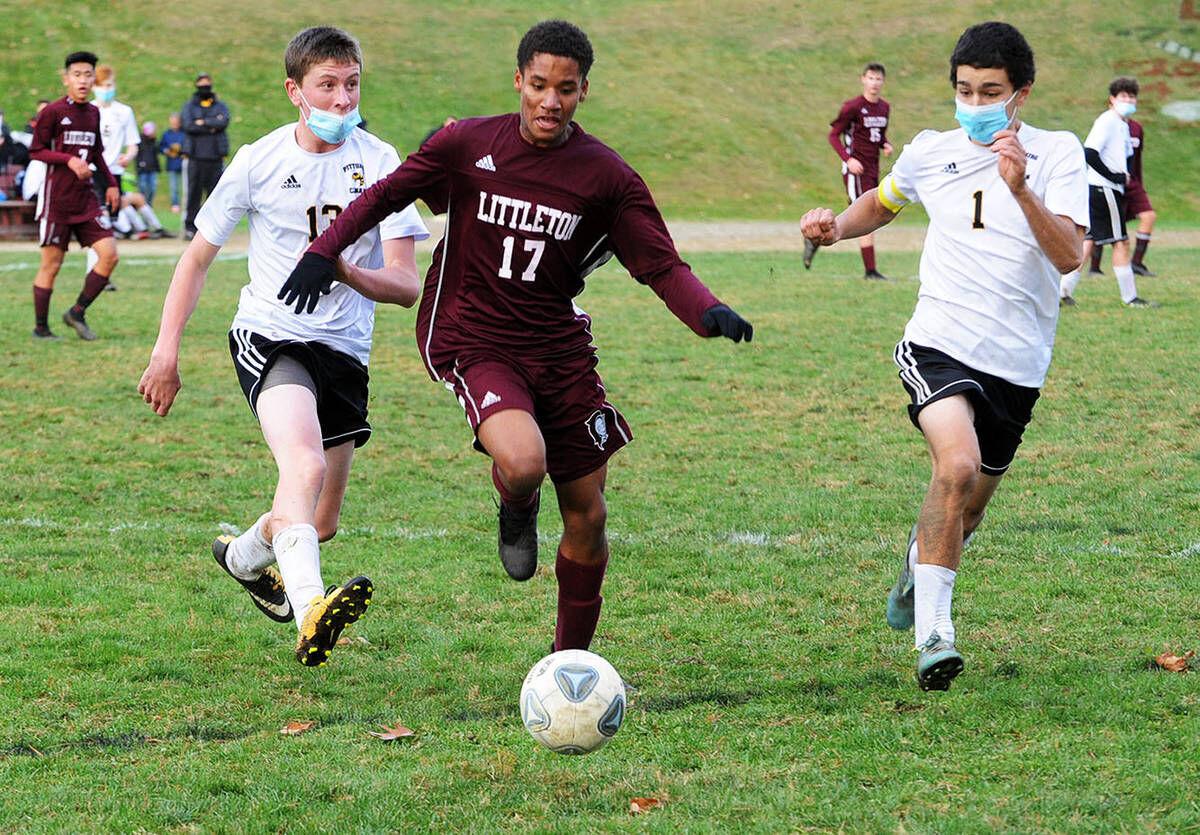 Littleton's Joelvy Perez steals the ball from Pittsburg-Canaan's Colby Rodriquez during the Crusaders' 5-1 win at Remich Park on Wednesday, Oct. 28, 2020. Perez had two goals and an assist. (Photo by Arlene Allin)

When the Littleton went to Canaan for the season opener, it was a close 1-0 win and speculation ran high that it could be a close one again. The Crusaders pulled it their way with two goals in less then four minutes early and three goals within nine minutes late in the game.

LHS coach Luke Driscoll credited a good start as the key. “We have struggled with slow starts, but the way we started this game with a lot of energy today was the difference and overall it was one of our better games. We took advantage of the counter attack and feeding the ball through.”

About seven minutes in, Evan Piette at midfield sent Perez on a run that brought the lead. Perez then captured the ball near the end line and fed it out to freshman Grady Hadlock to finish for the 2-0 lead with 28:33 to the half.

The Crusaders kept up the pressure and fired from wherever, whenever. PC goalkeeper Landen Phillips weathered the storm and while backup Caleb Masson made two stops. Midway through the first half, PC launched a first shot and Josh Finkle scooped it up. A broken nose injury as the Crusaders swarmed the net halted the game for about 10 minutes.

With the team captain and center back out, LHS defenders Stephen Lucas, Isaac Piette and Evan Piette stepped up their game. Driscoll also mentioned the three freshmen, Perez, Blake Fillion and Grady Hadlock for their inspired play.

The Yellow Jackets made it close on a third shot for the game after the Crusaders’ third goal was whistled off for a push. PC ended the shutout when Brooks Bennet carried it through to side post and swept it inside to bring the Yellow Jackets within a goal, 2-1 with about 13 minutes gone in the second half.

Driscoll was pleased with the way his team responded. “They had a little momentum, but we scored again within three minutes.”

The Crusader storm started with a long throw by Lucas that caromed in off a defenders head for the 3-1 lead. When Millen fired a long-range shot that banged the crossbar, Perez was there to finish his second goal. The clock was near the final five minutes when Kyle Huynh launched a direct kick from the 18 into the left corner.

A good start brought a good end for Littleton.

PC with three seniors retires at 6-3 and Littleton at 8-2 hosts Colebrook (6-4) in the quarterfinals on Saturday at 2 p.m. The Mohawks beat the Crusaders, 3-2, six days ago.