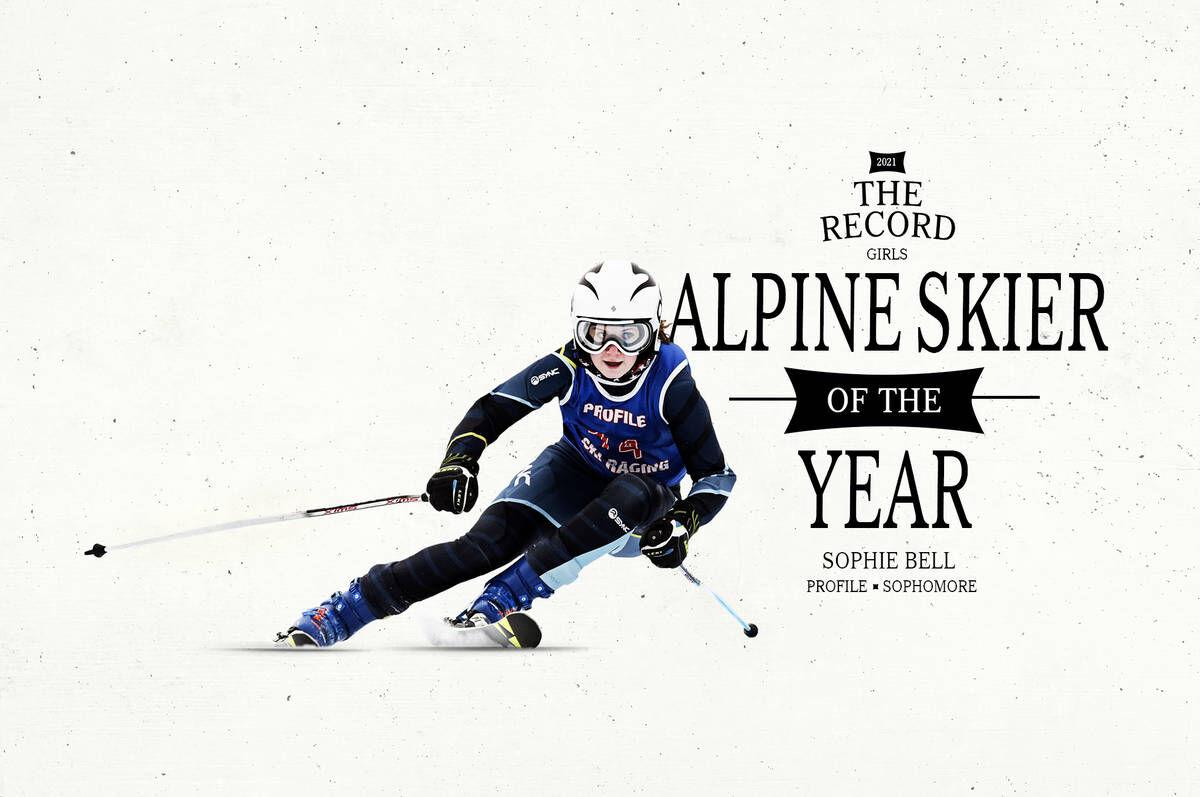 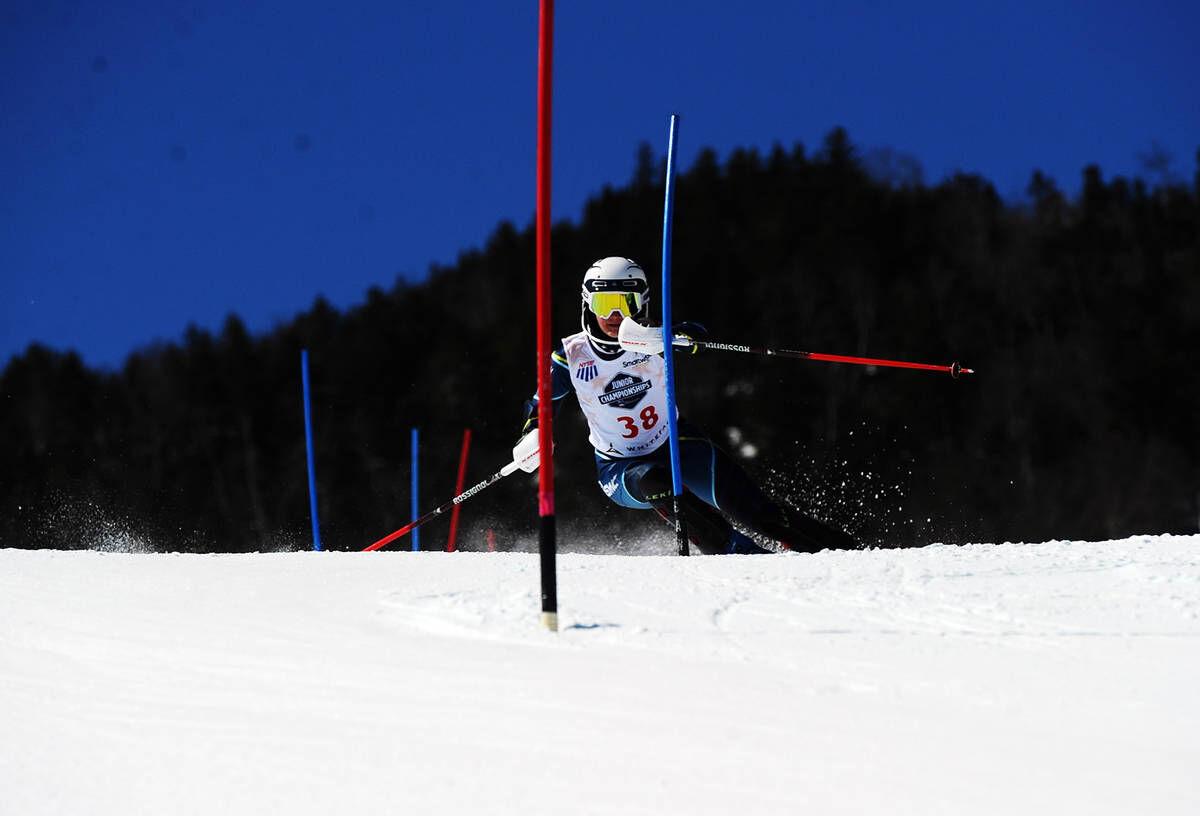 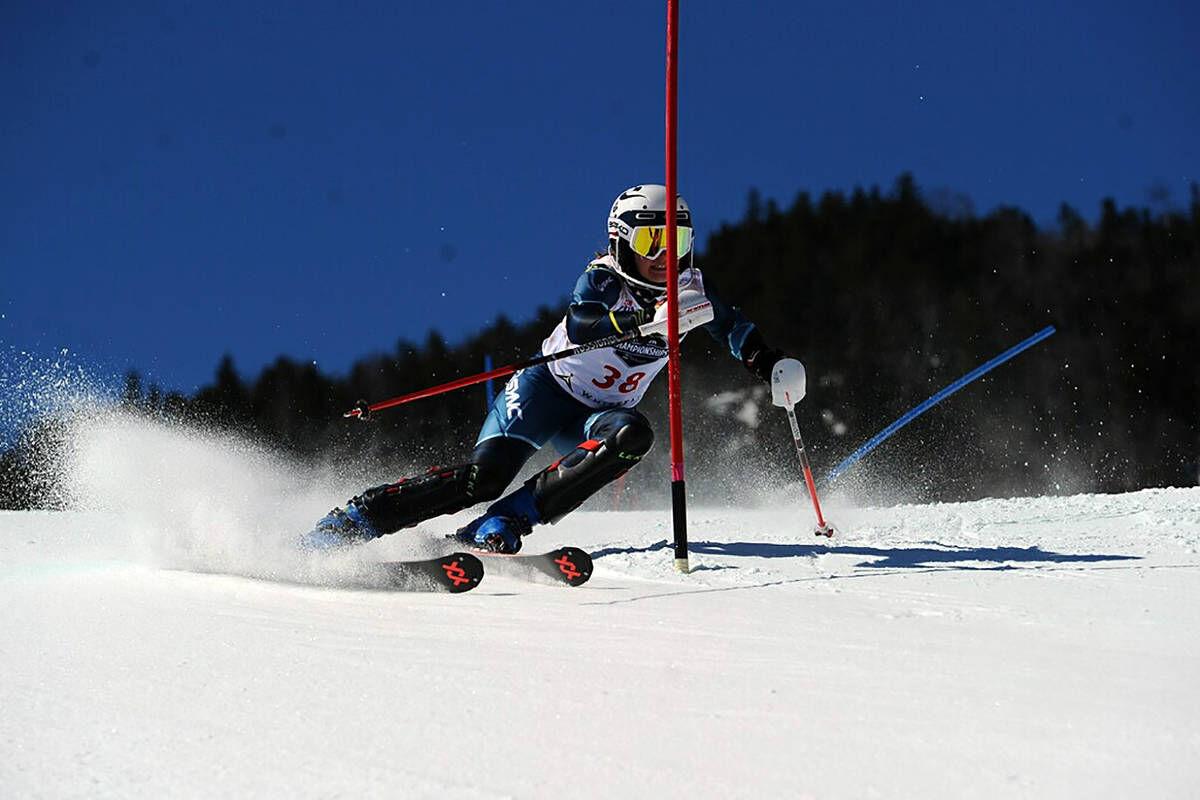 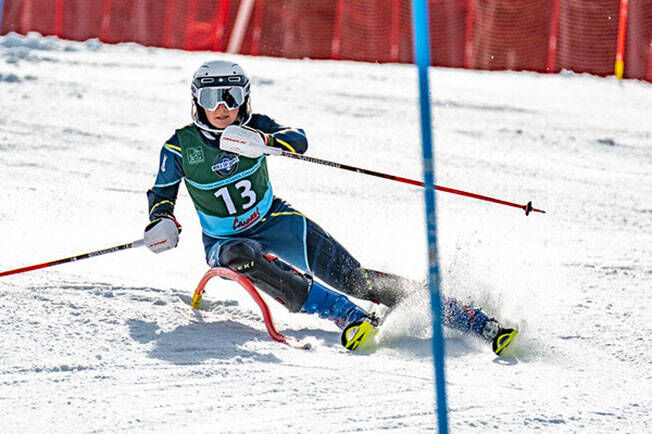 Bell had to quarantine for two weeks as a precautionary measure [she never tested positive for COVID-19] and couldn’t compete during the condensed high school ski-racing regular season. She returned with a vengeance.

• Bell captured the two-run morning giant slalom title, then earned the individual sweep by winning the two-run afternoon slalom at Mount Sunapee, leading the Profile Patriots to their fourth consecutive D-IV state championship and second four-peat among their 23 overall titles.

• The sophomore followed her twin D-IV titles by seizing the New Hampshire Meet of Champions girls slalom crown by over 1.34 seconds, winning in a two-run time of 1:18.18 at Cannon Mountain’s Mittersill racing venue.

“Sophie absolutely loves ski racing, is athletically gifted and works tirelessly to improve her technique and tactics,” Phil Boone said. “It was great watching her have such strong results at the finish of the high school season. We [coach Tyler Doyle and I) have a blast watching her rip and really enjoy how open she always is to making changes for better performance. I can’t wait to see how fast she’ll be next year.”

You missed much of the short high school season because of contract tracing. What was the biggest challenge for you during that layoff?

The hardest part of having to miss most of the season was being away from the team. I feel we are all pretty close, which creates a fun atmosphere and enables us to push each other in training. Overall, I was sad to miss out on the fun we have at races and during our practices.

Biggest obstacle you had to overcome this season?

I think the biggest obstacle for me was getting out of my head. The top of a course in ski racing is one of the most nerve-racking places to be. I love our team dynamic because it keeps me out of my head and enjoying the race.

When did you fall in love with ski racing?

I’ve been ski racing ever since I was old enough to. But I think when I really fell in love with it was when I was 13 years old. It was when the races got more competitive, I had a fun training group, and this overall led me to fully throw myself into the sport and see how much I love it. I’ll be going down the mountain sometimes and just realize, “wow, I really love skiing.”

Best performance of the season?

I think my best performance of the season was at high school states at Sunapee. It was sunny, my whole team was there, the courses were fun, and everything just came together.

What skis do you run on?

One lesson you learned this past year?

There was something my coach Phil Boone said to me this season that I will carry with me in ski racing and moving forward in life as well. I can’t remember the exact words, but he essentially told me that if I want it, there’s no reason why I can’t work hard and get better. It made me fully realize that the gap between where you are now and where you want to be can be closed by improving your own work ethic.

Who was the toughest competitor you faced this season?

Our biggest competition is Lin-Wood. They rival us every year because both of our schools produce strong teams. It usually comes down to either them or us at states, which is fun because it builds competitiveness in both teams.

What’s the best advice you can give to young athletes?

Being only 16, the only advice I can pass on is what I’ve been told/learned from coaches and other skiers. So, I would say the most important thing is your mindset and the desire to improve. Every really athletic person I know is training, working out, essentially committing to their sport. Equally important though, especially being young, is balance. Having fun with friends, having other hobbies, stuff like that is what’s keeping you away from burning out.

What’s next in academics and athletics?

I’m planning on continuing ski racing throughout high school. Right now, we’re at the beginning of our tennis season, which I’m trying out for the first time and love so far. Academically, I’m looking into an environmental studies internship for next year.

Fresh out of college, hoping to be hiking/skiing/biking around out west.

The Record’s Girls Alpine Skiers of the Year

North Country’s Haley Goff: The Record’s 2021 Snowboarder Of The Year