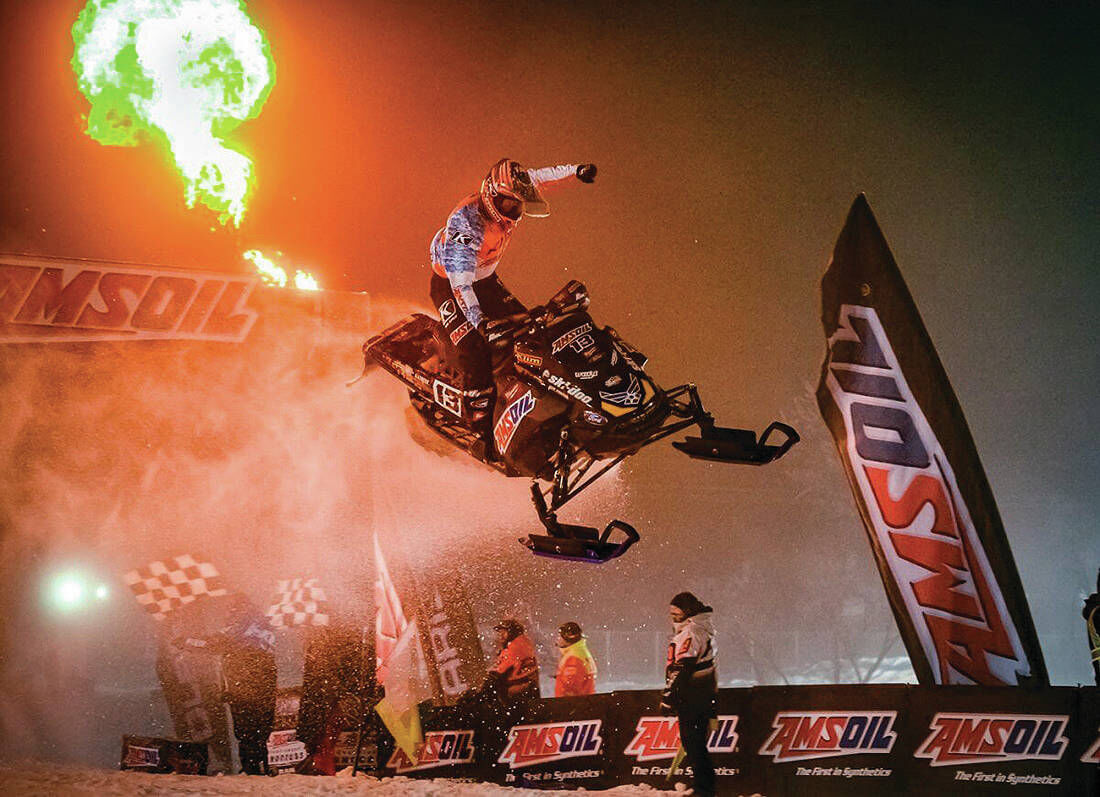 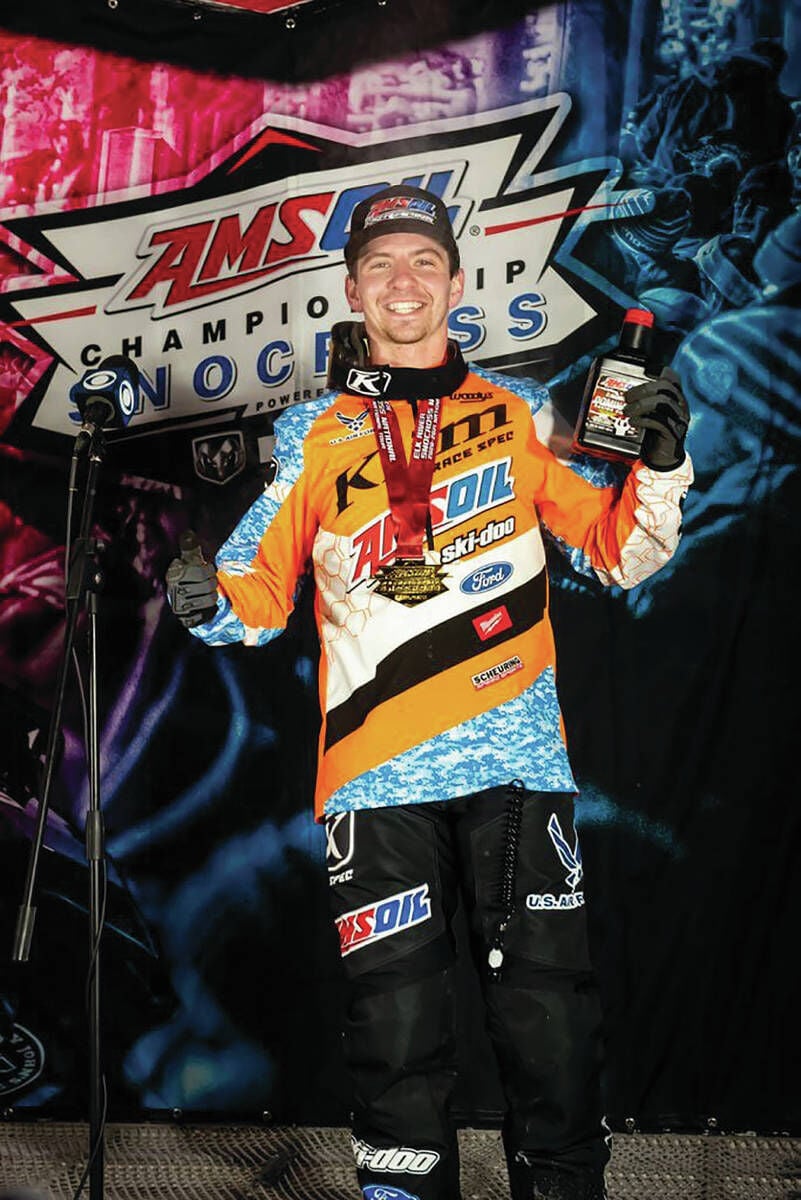 The St. Johnsbury 27-year-old led from wire-to-wire to claim the pro-open victory Friday night at the ERX Motor Park in Elk River, Minnesota.

“It means a lot to win the first race,” Lemieux said Sunday night via phone. “It builds a lot of momentum for the season and it’s a lot of points for the points championship. “My sled was fast and I got off to a good start. When I’m up front, it’s tough to pass me. I was riding really well.”

This was the first AMSOIL Championship Snocross event since March when COVID-19 ended the 2020 season with two events to go. There were no spectators allowed this past weekend.

Lemieux on Friday grabbed the hole shot, then ran smooth and smart. He held off a hard charge from Jacob Yurk early on and then controlled the race to the finish line, according to snocross.com. New in 2021 is the motocross format for the Pro final, 10 minutes of run time, plus two laps.

“On a cold day, it means so much to get a good start,” Lemieux told snocross.com. “The guys back in the trailer had the sole ripping,’ and I couldn’t do it without them. (As for the start), there were five guys inside of me and I said, ‘hey, I got to beat those five guys to the corner.’

It’s the eighth season of Snocross racing for Lemieux, who lives and trains here during the offseason and stays in Aurora, Minnesota while on tour. He finished third in the 2020 overall standings despite only twice finding the podium.

Lemieux was in contention for back-to-back victories, leading with three laps to go in Saturday night’s second-round race. But Lemieux received a black flag after the left-side clutch cover fell off his sled, knocking him out of the race and to an official 13th-place finish.

After a strong fourth-place Friday, the Hartland native sits first in the overall standings after two races (90 points).

“Pro debut was beyond imaginable,” Patenaude wrote on Instagram. “To think back to when I was a little kid, I always dreamed about being in the pro class and battling with the fastest snowmobile racers in the world. I am so blessed to be able to turn my dreams into a reality. I can’t thank everyone in my corner enough. Man, God is good.”

Lemieux sits in third in the overall points standings (79).

The tour shifts to Dubuque, Iowa, for the Theisen’s Snocross National on Friday and Saturday.

Lemieux and Patenaude are also training partners at XIP in Lyndonville in the offseason.

DUBUQUE, Iowa — Lincoln Lemieux snagged a pair of third-place finishes at Theisen’s Snocross National at the Dubuque County Fair on Friday and Saturday — the third and fourth events of the 2021 AMSOIL Championship Snocross season.