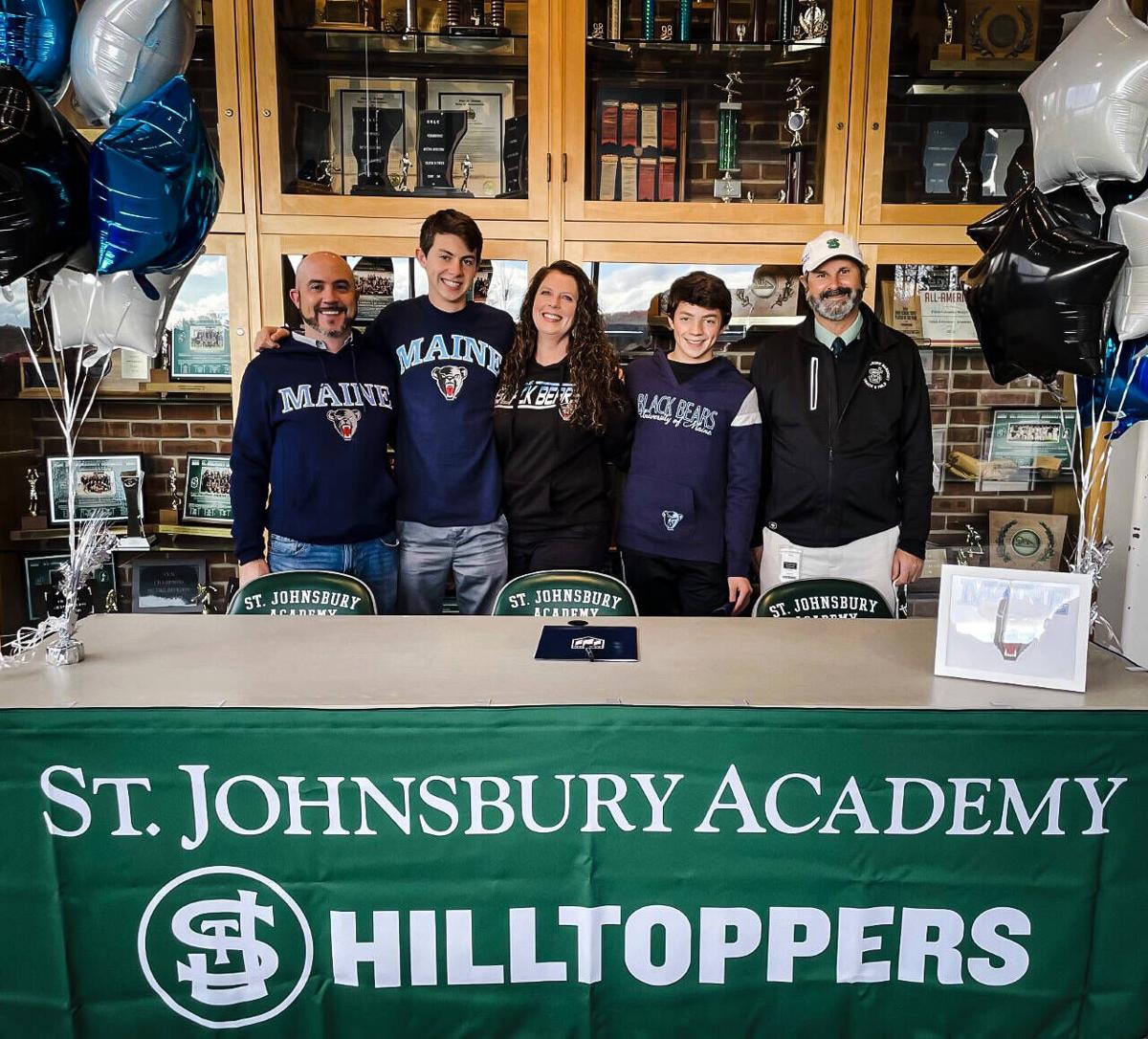 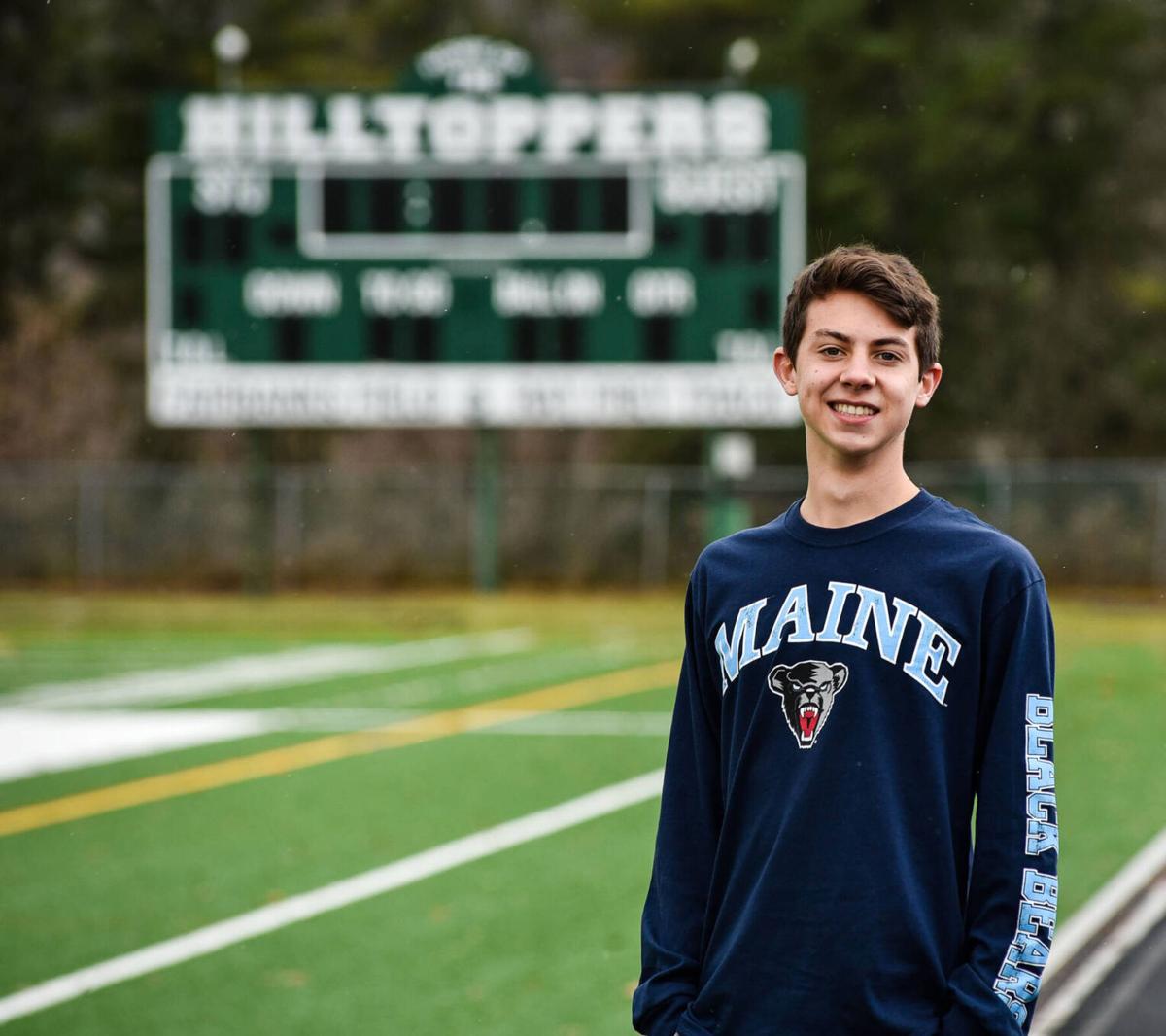 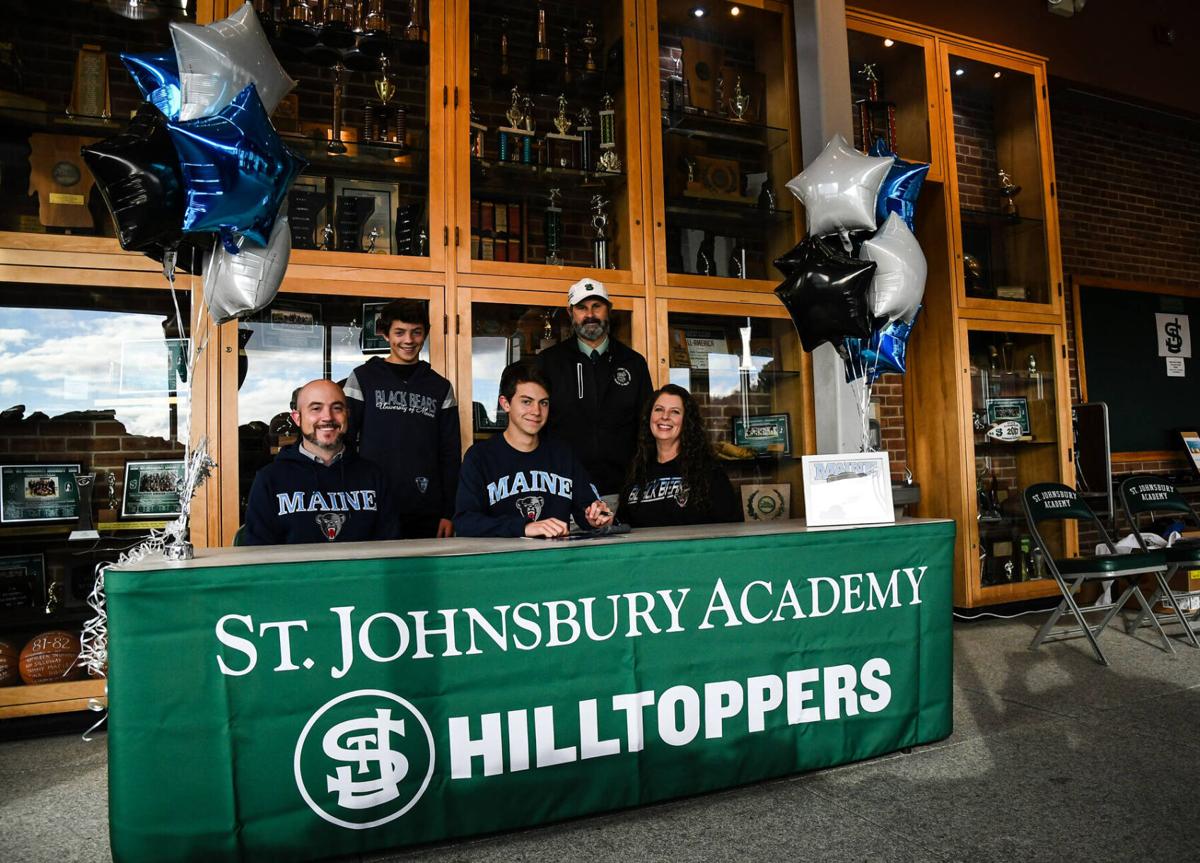 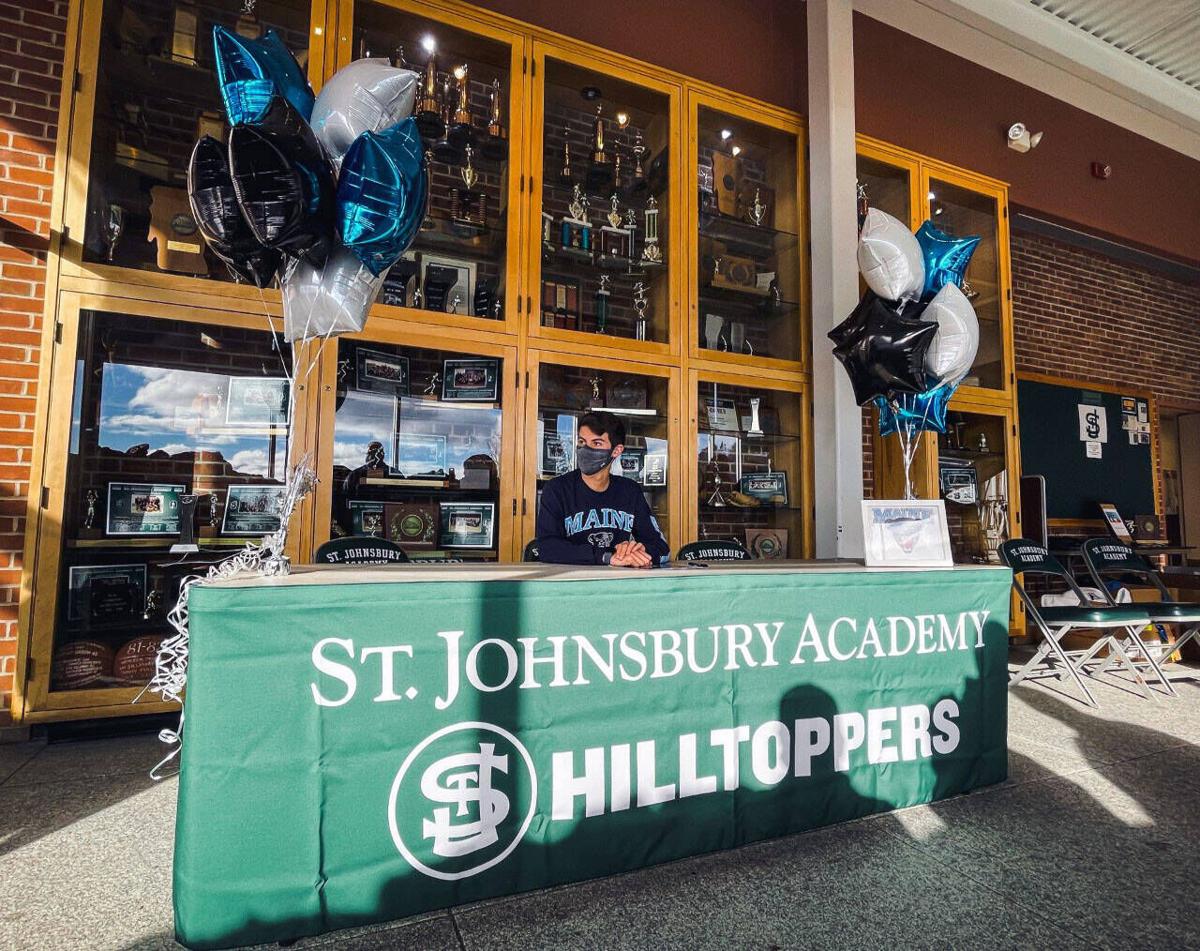 Evan Thornton-Sherman ran into the Hilltopper history books this past fall.

He will be running on a Division I scholarship next year.

The Hilltopper star signed his National Letter of Intent on Friday to compete for the University of Maine Black Bears out of the America East Conference.

“I’ve been training for years to get to this point, and I’m very grateful for this opportunity to continue competing against the high-level competition D-I provides,” said the 17-year-old high school senior.

Surrounded by family members inside the lobby of the SJA Field House, Thornton-Sherman put pen to paper, making official his full scholarship — with athletic and academic merit — to compete for the Black Bears’ track and cross-country programs.

“A sense of relief and a sense of excitement,” Thornton Sherman said of signing the paperwork. “It really just came down to what I felt was right and I felt this was the right way to go.”

Thornton-Sherman, the Caledonian-Record’s three-time reigning XC Runner of the Year, has put together a prolific running career at St. J – and he still has an indoor and an outdoor track season to go.

This fall, the Waterford native claimed his first Vermont D-I individual state cross-country crown while leading the Hilltoppers to an improbable team title at Thetford Academy – the program’s first championship in 63 years. He also became the first St. J runner to win an individual XC title since Hannah Rowe in 2009 and Kyle Powers in 2007.

— A sixth-place finish in a loaded field at the New England Regionals in Thetford;

— A victory at the Woods Trail Run in Thetford that included a personal-best mark and the fastest time by anyone on the course in the last five years.

“He’s always been very talented and very driven,” said St. J’s Chip Langmaid, the Hilltoppers’ longtime track and field and boys XC coach. “I have no problem saying he’s the best runner I have ever coached. And I’ve coached a few that have been pretty decent. I’ve been fortunate to do that and I’ve been really fortunate to be able to work with Evan. I am excited to see where he goes.”

The mix of education and athletics was crucial.

“The main reason is that I got into their Biomedical Engineering program, and it’s one of the best in New England,” he said. “During my official visit, I felt the most comfortable with their team and coaches, and I wanted to compete in the Division I America East Region, since it’s very competitive and will push me as a runner.

“I also wanted to be closer to my older brother, who is currently a freshman in Colby College in Maine.”

“He reminded me of my grandfather a lot. He has a very dry sense of humor and is a really nice guy,” quipped Thornton-Sherman. “I think he’s a great coach and he’s going to help take me far.”

Last spring on the track, Thornton-Sherman finished with dominant wins in the 1,500 and 3,000 meters at state while guiding the Hilltoppers to their first Division I track and field title since 2017. Along the way, he lowered six records, including the D-I state record and the Burlington meet record in the 3,000 (8:36.87).

Thornton-Sherman is the second area athlete to commit to a UMaine athletics program in the past two weeks. Last Wednesday, White Mountains star Tyler Hicks signed his scholarship offer with the Black Bear baseball team.

The last D-I signee from St. J Academy was Katherine Cowan (2018), who coincidentally is also competing for the UMaine track and field team (senior).

Thornton-Sherman has another high school cross-country race to prepare for, and possibly a second, before his final indoor track and field season. He will be competing at the Eastbay Northeast Cross Country Regional Championship in Bronx, N.Y., on Nov. 27. The top eight runners will advance to nationals.