Skip to main content
You are the owner of this article.
Edit Article Add New Article
You have permission to edit this article.
Edit
Home
News
Sports
Opinion
Community
Features
E-Edition
Archives
Advertise
Subscribe
1 of 4 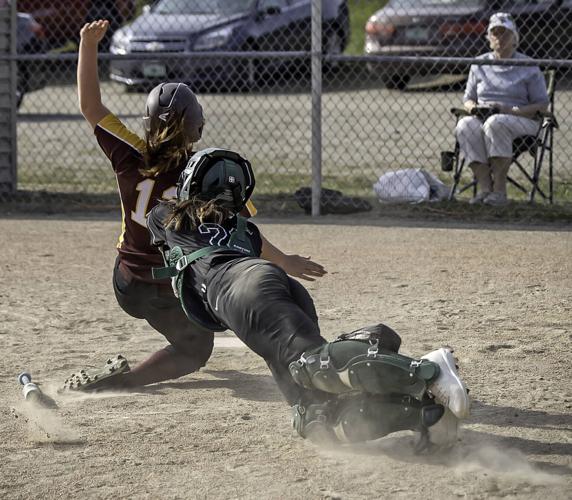 Catcher Ava Marshia makes a diving tag attempt at home during Danville's 10-9 win over visiting Richford on Thursday, May 12, 2022. (Photo by Mark Cote) 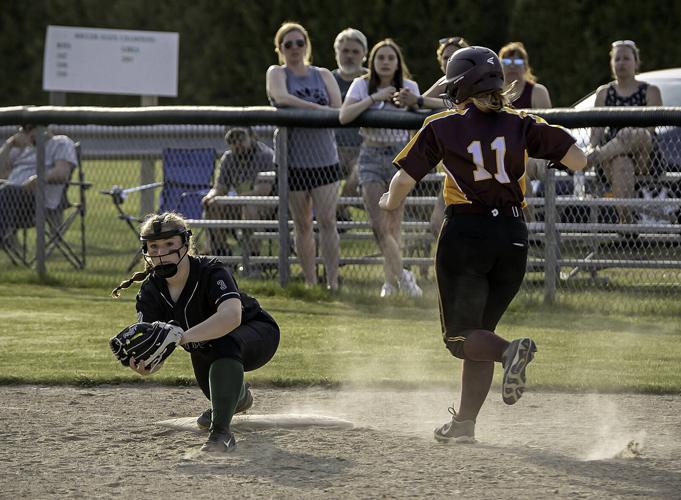 Kendall Hale hauls in the out at first during Danville's 10-9 win over visiting Richford on Thursday, May 12, 2022. (Photo by Mark Cote) 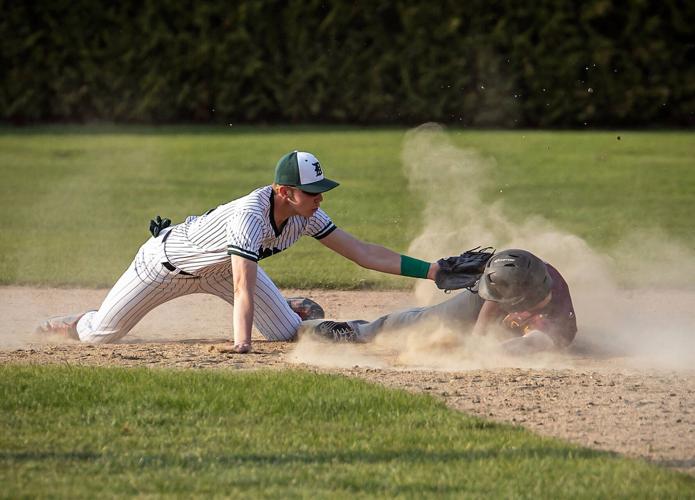 Logan Goodwin applies the tag during Danville's 13-2 win over visiting Richford on Thursday, May 12, 2022. (Photo by Mark Cote) 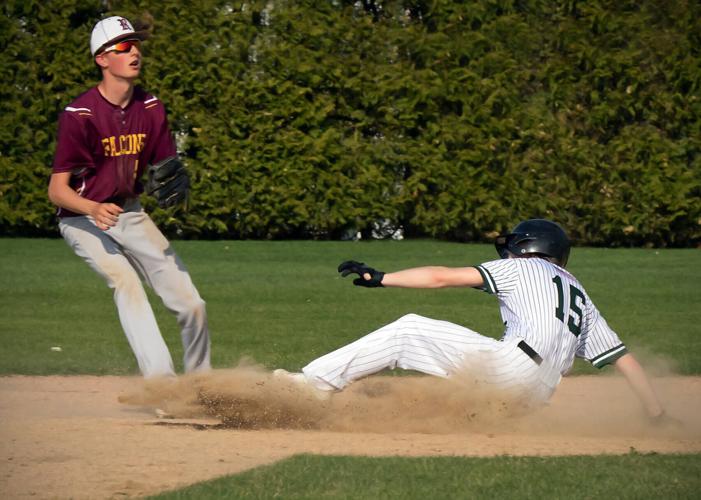 Cooper Calkins slides into second during Danville's 13-2 win over visiting Richford on Thursday, May 12, 2022. (Photo by Mark Cote)

Catcher Ava Marshia makes a diving tag attempt at home during Danville's 10-9 win over visiting Richford on Thursday, May 12, 2022. (Photo by Mark Cote)

Kendall Hale hauls in the out at first during Danville's 10-9 win over visiting Richford on Thursday, May 12, 2022. (Photo by Mark Cote)

Logan Goodwin applies the tag during Danville's 13-2 win over visiting Richford on Thursday, May 12, 2022. (Photo by Mark Cote)

Cooper Calkins slides into second during Danville's 13-2 win over visiting Richford on Thursday, May 12, 2022. (Photo by Mark Cote)

DANVILLE — Catcher Ava Marshia belted a game-tying two-run double, then sprinted in with the winning run when the defense mishandled the ball and the Danville Bears went on to a thrilling 10-9 softball win on Thursday.

It was one of four miscues on the day the Falcons, who rallied late.

Danville had a 7-1 lead when three unearned Falcons runs made it 7-4 in the middle of the sixth.

Richford then scored five runs on four hits in the top of the seventh to grab a 9-7 lead, leading to Marshia’s game-winning hit. The senior was 4-for-4 on the day with the double and four RBI.

Colleen Flinn went the distance for the Bears scattering nine hits with nine Ks, but also an uncharacteristic 13 walks.

The defending Division IV champs visit Northfield on Saturday, which will be played at 3 p.m.

Brydie Barton drove in five runs on a homer and triple, Jaydin Royer had a single and three RBI, and Isabelle Priest had two singles to power the champs.

ST. J 15, NORTH COUNTRY 0 (6): In Newport, Delaney Rankin struck out 16 batters while allowing one hit as the Hilltoppers won in six innings.

WOODSVILLE 12, GORHAM 2: In Gorham, the visiting team was a handful for the undefeated state champions. “Gorham is a battling team, it was 2-2 through the fifth,” Engineers coach Dana Huntington said.

Then the roof fell in as Woodsville plated eight runners in the sixth. “We just chipped away — we had helped them early, we swing the bat aggressively and don’t like to walk,” Huntington noted.

Anna McIntyre has been streaking lately and had four of WHS’ 10 hits, including a double, triple, two runs and two RBI. Dory Roy went 2-for-4 with a double, run and RBI.

Gorham’s Zoe Grondin had three of Gorham’s six hits, not an easy thing to do off Engineers ace Mackenzie Kingsbury, Huntington noted. Kingsbury fanned 12 batters in 6.1 IP, and reliever Mackenzie Griswold got the last two outs via strikeout.

The Engineers host Lin-Wood on Friday.

BLUE MOUNTAIN 20, TWINFIELD 0 (5): In Wells River, Lauren Joy went 4-for-4 while Felicity Sulham and Karli Blood each had two hits to pace the Bucks.

The Caledonian-Record Athletes Of The Week: Ballots For May 9-15

Eight runs in the third inning put the game away.

The Bucks have won eight straight after an 0-2 start and look to go 9-2 on Saturday in Richford.

“Cooper settled in nicely after giving up two in the first,” Bears coach Nick DeCaro said. “The boys continue to work hard, play for each other, and have fun. Can’t ask for much more than that as a coach.”

The Bears (5-5) visit Northfield on Saturday.

Ethan Marshia absorbed the loss while Justin Robinson had two hits for Thetford.

MT. MANSFIELD 4, ST. J 3: In Jericho, due to the heat, Juanita Navas, playing No. 1 singles for the Hilltoppers retired, and the match came down to No. 4 singles.

The Hilltoppers’ Maya Bakowski won the first set 6-1, but Cougar Irian Adii came back to win the second set 6-4 and then closed out the super tiebreaker 10-0 to seal the match for MMU.

The Hilltoppers roster was adjusted for this match, coach Sayarath said. “I am pleased with the outcome of the match as all of our players were moved up to accommodate the absences of our No. 1 and 2 singles players.”

The Hilltoppers will play at CVU on Tuesday. They are now 4-6.

Girls Athlete Of The Week: Ballot For May 9-15

Help us choose the Caledonian-Record’s girls high school Athlete of the Week for the week of May 9-15.

Boys Athlete Of The Week: Ballot For May 9-15

Help us choose the Caledonian-Record’s boys high school Athlete of the Week for the week of May 9-15.

"These Chains Are Heavy"

Thank you. Your account has been registered. Check your email for details.

Submitting this form below will send a message to your email with a link to change your password.

An email message containing instructions on how to reset your password has been sent to the e-mail address listed on your account.

Thank you. Your purchase was successful.

A receipt was sent to your email.